An Ultimate Guide to the Progressive Web Apps

An Ultimate Guide to the Progressive Web Apps 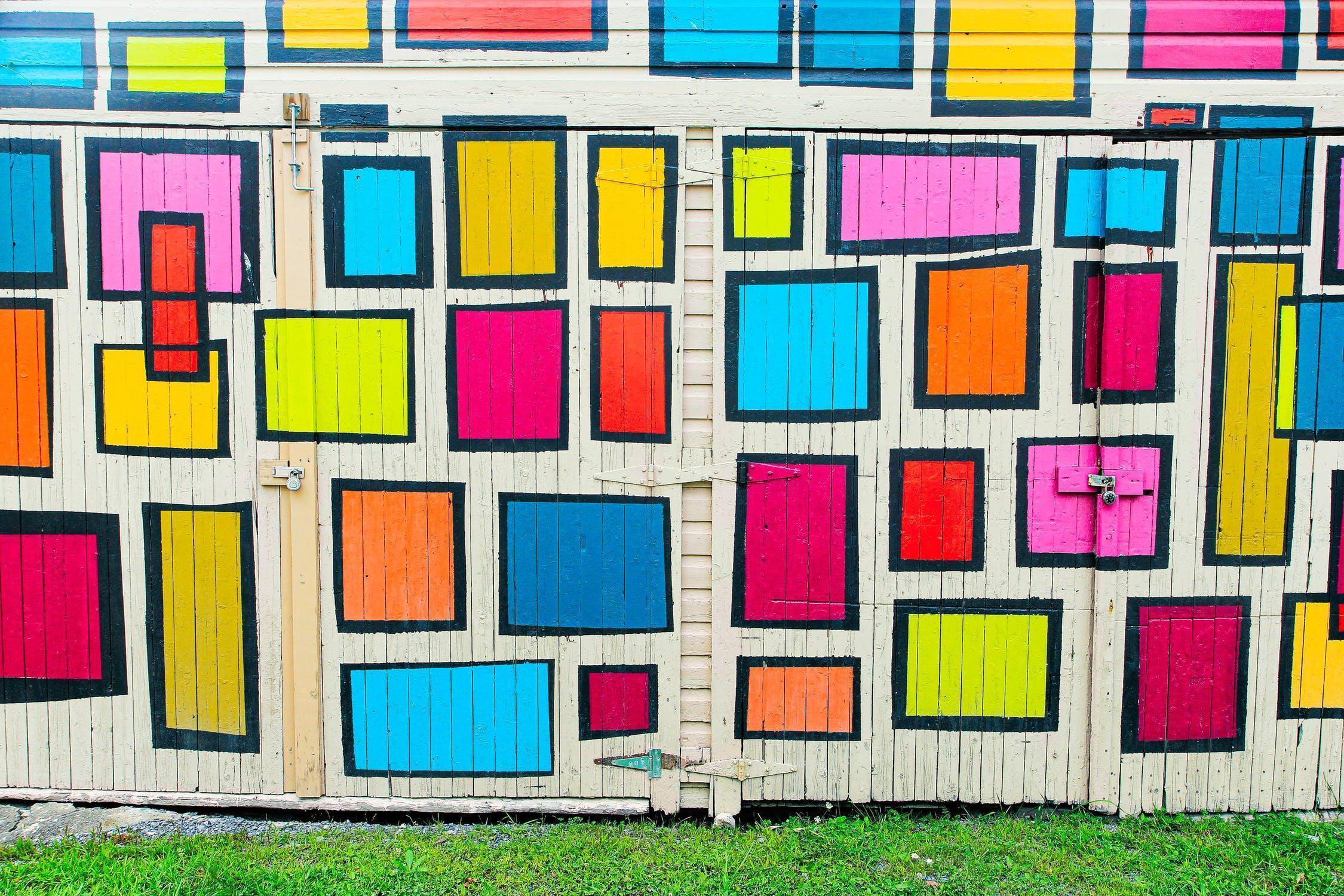 If you have an interest in software, technology, web, and design it is possible that you might have come across the term Progressive Web App many times recently. Actually so much is happening around this word, that there is simply no escape from it as we progress into the last quarter of 2019. The term has witnessed a gradual and logic buildup amidst all the noise which has happened around it. Interesting it may seem that despite all that you may have also felt a difficulty around arriving at an apt definition.

Let us do it here.

What is a Progressive Web App?

Progressive Web Apps are the latest level of technologies that have come together by a combination of the best of the web and mobile apps. They were introduced by Google in 2015 and have caught a lot of media hype primarily due to the enhanced ease of development and the successes that have been seen with the user experience of the application. You may take it as a website that is like an app. The latest developments in the browser, Cache and Push APIs have made the installation of web apps on home screens possible. Users are also able to continue their work offline and receive push notifications.

It can be said that these take leverage from the growing web ecosystem, plugins and even ease of development of website when it is compared to the banal apps.

The basic attributes of these new level of apps were enumerated by Alex Russell in 2015 along with Frances Berriman. Some of the most notable among these are:

One of the most demanding tasks of web development is to enable the power of the web on mobile platforms. There has been a lot of hustle around this ever since the concept came up. There have been numerous attempts by the developers to attain the impeccable combination of performance and scale but none were able to reach the benchmark that was needed to take it forward. It was in 2015 when things took a turn towards the new horizons. It almost took a year to make PWAs mainstream. The benefits linked were huge, that the industry bigwigs could not resist and went bonkers. As a result, the popularity shot up. It was this popularity that gave way to a number of frameworks.

Here is a list of frameworks that have made it big on the reliability scale and have become popular.

It came into being in 2013 and is backed by Apache Cordova and Angular framework. Ever since it has become a part of more than 5 million hybrid app development. Ionic is open-source, free and also has the shortest learning curve. Another brilliant feature is that it possesses a huge plug-in library for accessing the APIs.

One more open-source framework that has been developed by Google. Polymer comes loaded with a huge range of templates, tools and many other web components that simplifies the whole process of Progressive Web App development. It uses the HTML/JSS/JS, thereby making it a complete PWA framework of its own. Not only it has great documentation but it also has full web stack support which includes the routing, data tier, and other responsive layouts. The APIs are also easily understandable.

This was given by Google in 2009 that is based on the Javascript ecosystem for building the apps that are not only reliable but also robust. AngularJS enjoys a great support from the community, has a great method for implementation. IntelliSense and Typescript are also present.

Vue is one of the biggest and growing libraries due to its coding speed and another high-speed rendering. Some of the best features that have led to its popularity are that it is supported by Laravel and Alibaba. In addition, even the learnability curve goes down due to the simplicity in the code. Lastly, TypeScript and JSX make it highly flexible.

React has always been one of the preferred choices of Progressive Web App builders mainly due to its JavaScript library and a big community. React enjoys great support from the community and is basically a big ecosystem.

Progressive Web Apps are thus the perfect blend of the best of web and the best of apps and can actually be used by the visitors even in the browser. One of the eminent features of these are that they get better and more personalized as they are used by the user. They have an amazing load speed even on not to stable networks and are great to send the most relevant push notifications. You should be looking at a seminal experience on a full-screen. They are for all the users as they are built with the central principle of progressive enhancement. They have bought the future closer and made it clearer.

This should have left you much more clarity and knowledge about the PWAs. The world of apps is fast progressing. The time is right to make your own versions for you never know you might just give shape to the most intriguing technology of the future. Explore the new possibilities and do share your experiences with us. 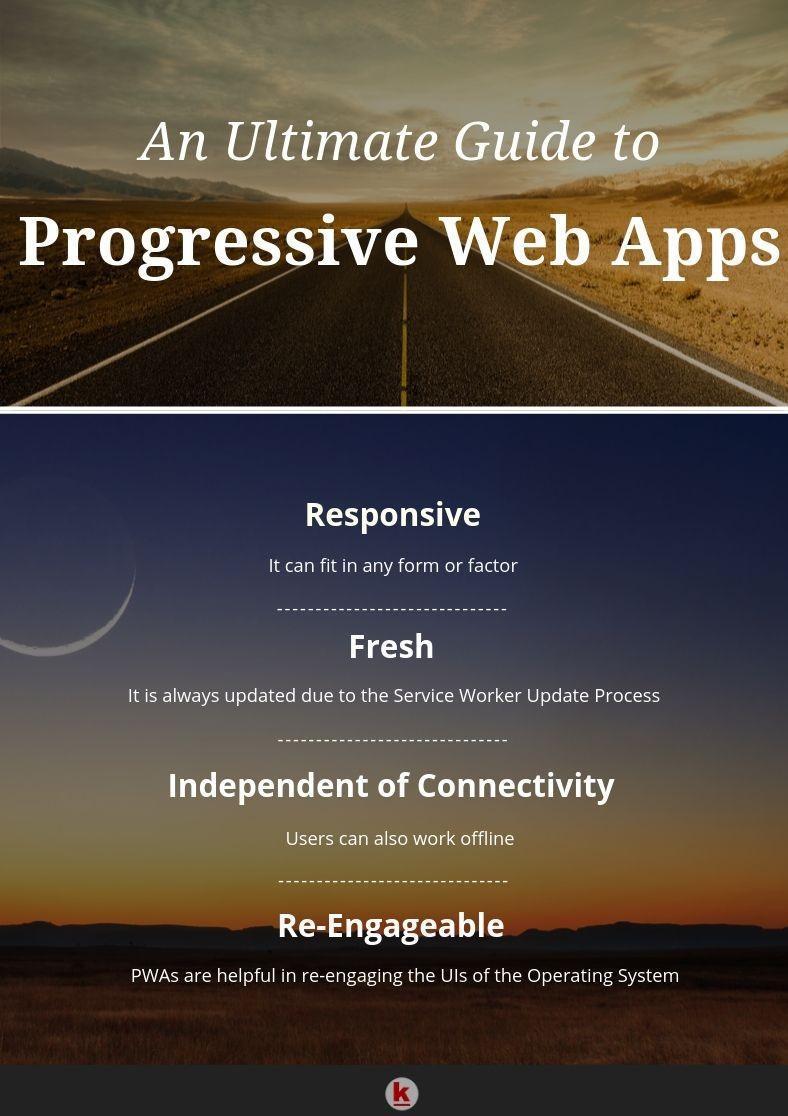