Are We Drowning in a Sea of Big Data?

Are We Drowning in a Sea of Big Data? 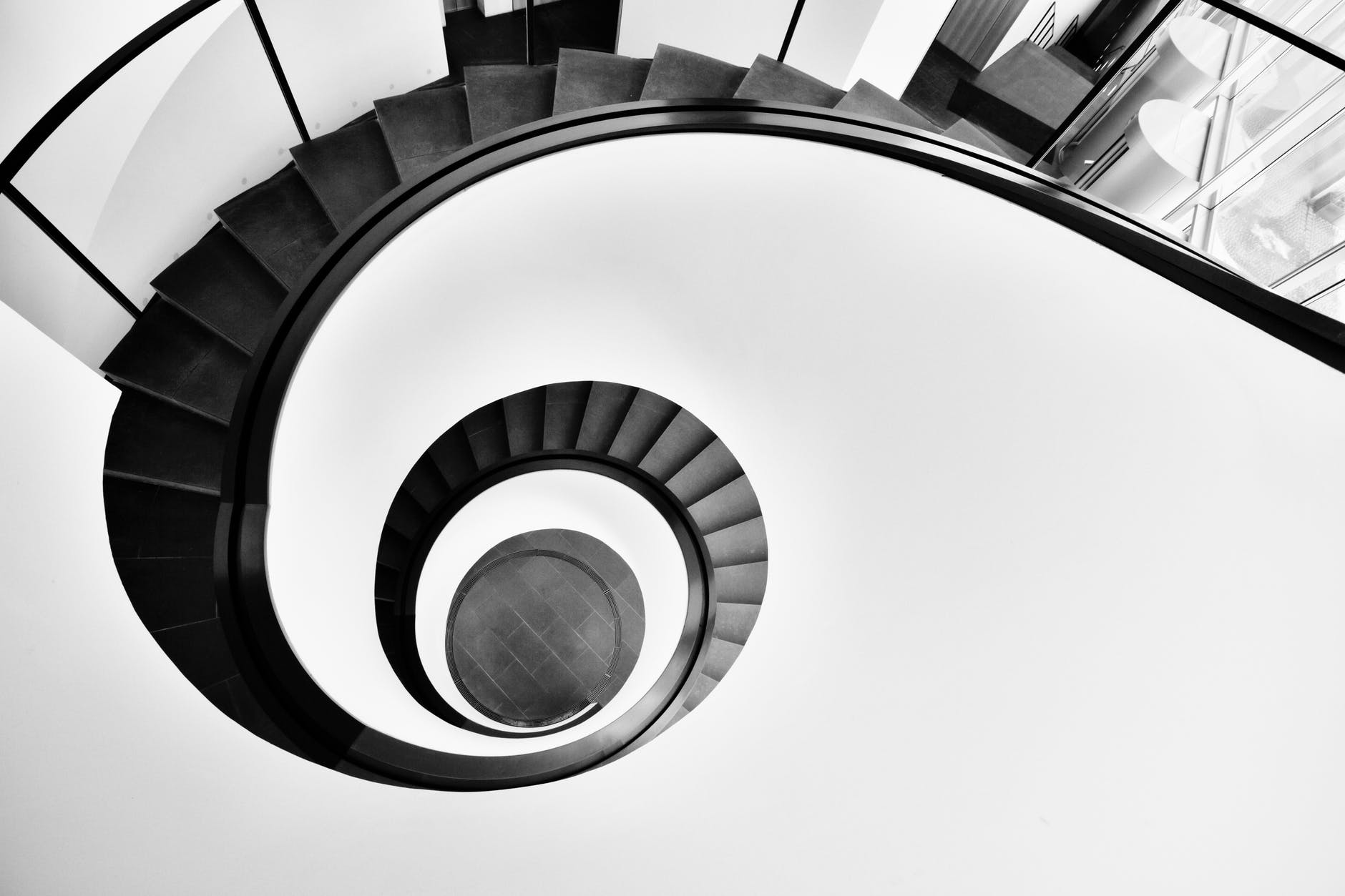 As the 80’s hit song by Timbuk 3 goes ‘The future’s so bright we’ve got to wear shades’ and in the advertising, marketing and communications industry one could easily believe that to be true.

With the advent of IP delivered programmatic, dynamic creative, artificial intelligence, voice search, virtual reality, augmented reality etc. which provide the ability to personally target individuals at scale this should herald an epoch-making opportunity for the industry. However, far from it being seen as a time for confidence, it is actually proving to be a period of consternation for marketers and agencies alike.

At the heart of this marketing revolution is the sheer volume and quality of data that we now have at our disposal — as it has often been said, data is the new oil. But is it possible to have too much of a good thing? The bewildering amounts of data we now have access to represents a problem in itself because most organisations are swamped with information and are actually stymied because of it.

According to a recent Forrester study we have actually reached and breached the point of ‘peak data’ so that most of the information collected by a company cannot actually be processed, analysed and acted upon. The report estimates that anything between 60% to 73% of all the data that is currently collected is never used for any strategic purpose. The focus for many companies is how they collect and store the data without giving enough thought to how they actually use the data. Put it another away, the priority is more about 'big data' when the focus should be about 'smart data'. And the amount of data that is available is growing at exponential rate which merely exacerbates the problem as marketers can't get ahead of the game because the data horizon keeps shifting.

And it’s not like the situation is going to get any less complicated in the near future, particularly with the new GDPR (General Data Protection Regulation) legislation which comes into effect on May 25, 2018, affecting data privacy laws across 28 countries. Unsurprisingly, many organisations are sweating about the changes because of concerns over precisely what customer data they can legally retain and use. The ramifications of getting it wrong are severe with fears over compliance, confusion over what it means specifically to their business and the scary prospect of hefty financial fines if they get it wrong.

As a consequence of these seismic changes in the industry, clients are asking for a total re-evaluation of the agency model to reflect a dynamic new future. One of the most vocal on this subject is Marc Pritchard, Chief Growth & Brand Officer for the world’s biggest advertiser, Procter & Gamble. Pritchard talks about how the ‘Mad Men’ generation of agencies morphed into the publicly-held financial conglomerates, the advertising holding companies who unbundled their offerings, most notably media. He has made it very clear that he wants agencies to put their offerings back together again although it’s clear we can’t just simply put the proverbial toothpaste back in the tube. Time has moved on and new solutions are now essential.

His message is entirely unambiguous — he will pay for creativity and for what creates value with the consumer. In addition, he wants agencies to simplify their offerings — de-layer, un-silo and harmonise. And as part of his master plan he has already announced that he intends to cut P&G’s roster of agencies from around 6,000 to more like 1,250.

Carlos Ghosn, the Chairman and CEO of Renault Nissan Mitsubishi, said recently that the automotive industry will change more in the next 10 years than it has in the last 50 years. I would draw a similar analogy for the advertising community as technology and data increasingly become the drivers of the business, I believe that next decade will be dominated by reconstruction, reorganisation and reinvention creating a blueprint for the agency of the future. As an industry, given our own sense of where we have come from and thriving in every situation that has come our way, we will make changes for the better. And the time to start making those changes? Right here and right now.

NB. A version of this article first appeared in BusinessWorld under the title 'A Time For Change'

I have 200,000+ Followers on LinkedIn and you can FOLLOW ME via this link to try and win a free copy of my book 'How to be a Top 10 Writer on LinkedIn' available on Amazon or visit www.linkedintop10writer.com or on Facebook

View all
7 Key Challenges Facing the Recruitment Sector in the Pandemic Era
Proven Hacks To Get the Most From Your Employees
6 Ways to Future-Proof Your Business
The 8 Essential Elements of Trust in Business
What it Takes to Set Up a Successful Taxi Firm
How Businesses Can Leverage AI, IoT, AR, VR, Blockchain and Big Data to Retain Customers
Electrify Everything: Some Limitations of Solar and Wind
Dispose of Masks Properly, Or Else
Why Communicating Sustainability Is Harder Than You Think
5 Post-COVID Energy Strategies
Dhaka Muslin: The Lost Ancient Fabric Back From the Dead
How to Become a Solar Technician: 4 Useful Tips to Start Your Career
P2P Lending vs Traditional Lending
Can You Passively Make Money Using Cryptocurrency?
Banking on Bitcoin Against Inflation
What is a Dogecoin Worth?
Bitcoin Miners Are On a Path to Self-Destruction
7 Ways to Uncover Revenue Streams in Your Business
The US Productivity Slowdown After 2005
The IMF And The Jobless Recovery
Evolving Patterns of Innovation Across States and Industries
Policy for the Next Pandemics
Why Joe Biden’s $2 Trillion Infrastructure Plan May Fail
Nature as Part of the Stock of Humanity's Wealth
Covid-19 and Fake News: Exponential Rise of Conspiracy Theories and How to Prevent Misinformation
UK Budget 2021: Corporate Tax Rise, VAT Cut for Hard Hit Sectors Extended & Income Tax Thresholds Frozen
What If George Washington Lied?
Judges and Ideology
Covid-19: All Travellers Arriving in the UK To Be Tested Twice Starting From Next Week
Inauguration Day: Joe Biden is Officially the 46th US President
How the Internet of Things, Artificial Intelligence and Blockchain Are Transforming Precision Medicine
How Virtual Reality is Assisting Historians and Archaeologists
The Sense, and Dollars, of Food as Medicine
Data Storytelling with Population Visualizations
The Science of Mirroring
About Death, Waste, Getting Unreal and Clubhouse
Bridging the Gap Between Art and Business
Leadership: How You Can Be A Business World Hero
3 Ways to Earn Money with Advertising
Covid-19: Restaurants & Pubs, Hairdressers, Gyms, and Non Essential Shops Reopen as Lockdown Eases
6 Actionable Content Marketing Tactics for Digital Marketers
Were All of Them Moonshots?
Bitcoin Surges to New Record Ahead of Coinbase IPO
Implementing a Long-Term Cloud Strategy with Independent Scaling
4 Critical Enterprise Mobility Challenges and How To Overcome Them
Stopping the Runaway Ransomware Epidemic
Cybersecurity: Will AR & VR Open New Doors for Security and Privacy Challenges?
Exploring The Applications of Extended Reality in Healthcare, Real Estate and Retail