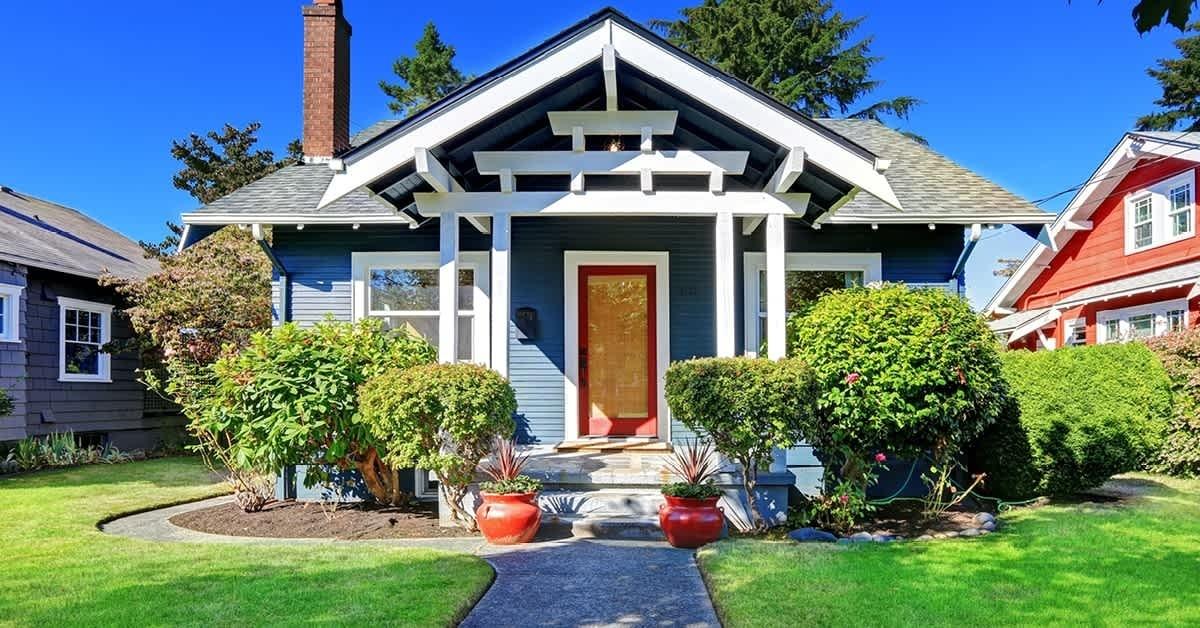 I’ve learned a few things about selling a house.

I know, for instance, that much depends on timing (economic timing as well as the time of year you put the house on the market), and of course the mantra “location, location, location” is still paramount. I’ve also seen how much a property needs “curb appeal.” That is, it needs to make a special, positive, and instant impression when prospective buyers first see it.

In The Political Brain, Drew Weston noted that curb appeal was one of the main determinants of electoral success. According to Weston: “Curb appeal is the feeling voters get when they ‘drive by’ a candidate a few times on television and form an emotional impression.”

For years now, I’ve noted that people judge business leaders in much the same way. Way before you get the opportunity to prove them right or wrong, people will have made an emotional decision about whether to trust you or even listen to you. They’ll do that by evaluating your curb appeal.

Research shows that personal curb appeal can be assessed quickly. Psychologists Nalini Ambady and Bob Rosenthal conducted experiments involving what they called “thin slices of behavior.” In one such study, subjects watched a 30-second clip of college teachers at the beginning of a term and rated them on characteristics such as accepting, active, competent, and confident. The results were startling. Raters were able to accurately predict how students would evaluate those same teachers at the end of the course.

Evaluating personal curb appeal is also primarily a nonverbal process. When Ambady and Rosenthal turned off the audio portion of the teachers’ video clips, so that subjects had to rely only on body language cues, the accuracy of their 30-second predictions remained just as high.

How’s your personal curb appeal? What signals are you sending to your co-workers, clients, and business partners when they “drive by” you in the meeting room or view you on Zoom?

Here are five sets of nonverbal signals -- and the impact they make:

1. If you want to show that you are in charge, stand up. Because status and authority are non-verbally communicated through height and space, the taller you appear and the more room you take up, the more you look like you are in command. When others are seated (in-person or virtually) you look more powerful when you stand before you speak. And if you occupy space by broadening your gestures and moving around, you further emphasize your authority.

2. If you want to look like a leader, dress like one. When it comes to curb appeal, the way you dress matters. A lot. Clothing has an effect on both the observer and the wearer. It has been proven that people are more likely to give money (charitable donations, tips) or information to someone when that person is well dressed. And, if you’d ever watched actors at their first dress rehearsal, you’d be convinced of the power of the right costume to powerfully impact the way the wearer feels.

I don’t mean you have to dress formally. It can be “business casual” as long as what you wear makes you look and feel like the talented leader you are.

3. If you want to collaborate, set the stage. A savvy executive I know begins every in-person staff meeting by taking off his jacket. He chooses a chair at the center of the conference table (and not at the head). Those behaviors alone would send a message of informality, but it’s the rest of his body language that drive the point home. Whenever anyone in the meeting speaks, the manager leans forward with an expression of interest on his face, nods approvingly, and gives the speaker his full attention. With this array of nonverbal signals, he symbolically sets the stage for exactly what he wants the meeting to be – a “rank free” exchange of ideas and questions.

4. If you want to be liked, notice eye color. Eye contact transmits energy and indicates interest, and it is most effective when both parties feel its intensity is appropriate for the situation. This may differ with introverts/extroverts, men/women, or between different cultures. But, in general, greater eye contact -- especially in intervals lasting four to five seconds --almost always leads to greater liking. One tip for extending eye to make a deeper connection: Whenever you greet a business colleague, remember to look into her eyes long enough to notice what color they are.

5. If you want to be trusted, slow down your smile. When trustworthiness and cooperation is really important, people are remarkably good at automatically detecting leaders with real smiles that crinkle the corners of the eyes and light up the face. But people will more readily trust you if you employ a slow onset smile, which begins small and grows larger organically.

You may not use these curb appeal tips to sell a house or win a political election, but you can use them immediately to help people at work see you as the credible, powerful, collaborative, likeable, and trustworthy leader you truly are.