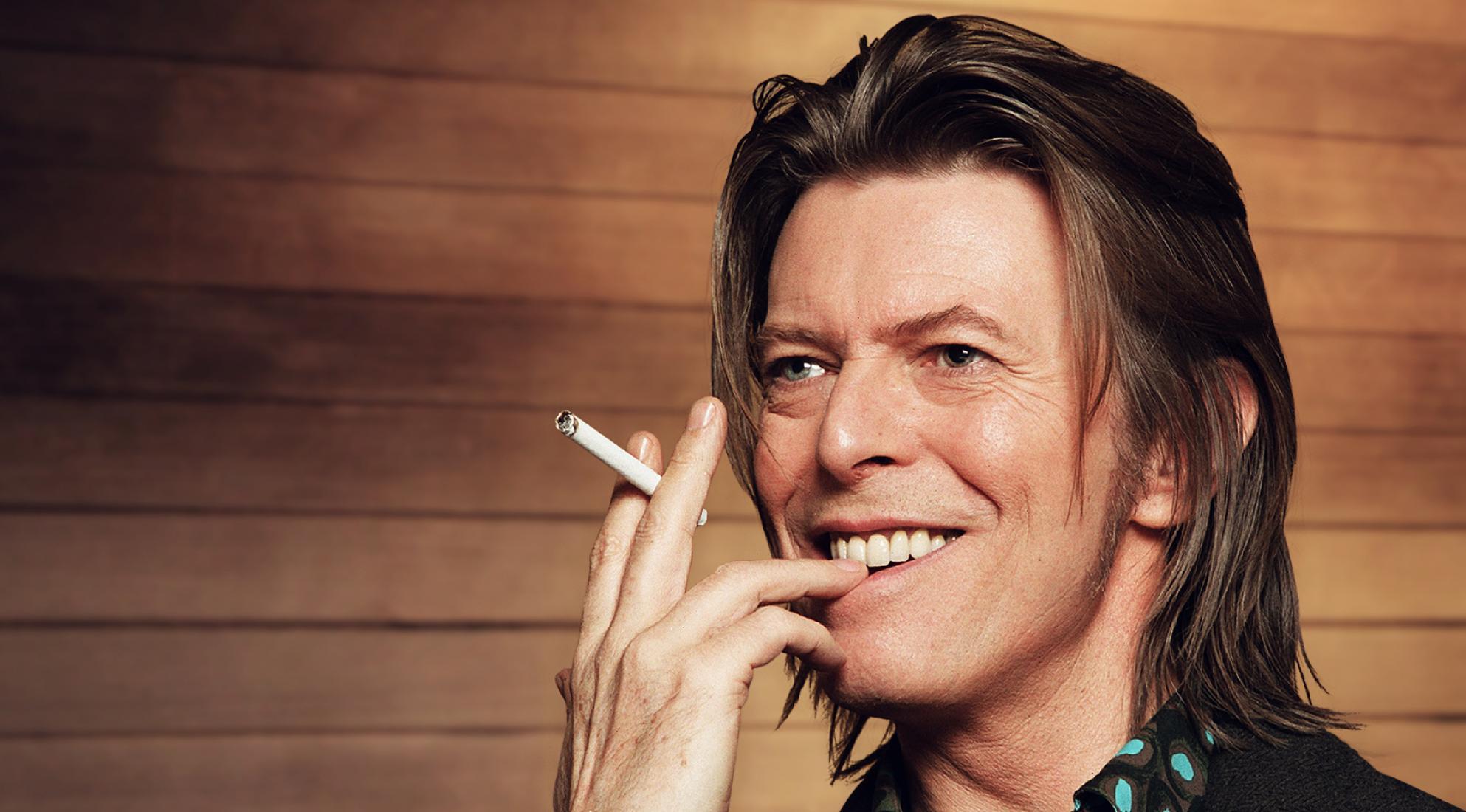 Born David Jones in January 1947, David Bowie renamed himself in 1966 to avoid confusion with Davy Jones of The Monkees.

He was a singer, songwriter, multi-instrumentalist, record producer, arranger, painter, and actor. He was a highly influential musician who continually re-invented his sound and persona, from the 1960s hippy of Space Oddity, through Ziggy Stardust, Aladdin Sane, Pierrot, Thin White Duke and into an elder statesman of soulful rock. His varied androgynous appearances influenced fashion and changed attitudes towards bisexuality.

Many of his innovations sprang from his numerous collaborations. He acknowledged the influence of the Legendary Stardust Cowboy, a Texan singer, and in particular the single ‘Paralyzed’ which Bowie described as ‘the most awful cacophony.’ However it helped to form Bowie’s first great persona, Ziggy Stardust.

In the 1970s he worked with Lou Reed and produced Reed’s great hit, Transformer. He collaborated with Iggy Pop on two albums thus launching Pop’s solo career. He subsequently teamed up with Bruce Springsteen and then Luther Vandross with whom he co-wrote the big hit, Young Americans, which launched another new style, plastic soul. Lou Reed, Iggy Pop, Springsteen and Vandross all benefitted from working with Bowie and went on to achieve individual success.

Bowie’s first US number one single, Fame, was co-written with John Lennon and Carlos Alomar. In the late ’70s, Bowie moved to Berlin and joined forces with Brian Eno, formerly of Roxy Music. They incorporated Euro-disco, punk and German art-rock music into three landmark albums.

In the years that followed Bowie continued to explore new themes and styles. He collaborated with Nile Rodgers, Mick Jagger, Queen and even Bing Crosby.

During the 70s Bowie developed an acting career, starring in Nicolas Roeg’s The Man Who Fell to Earth. He created many startling music videos.   In the 1980s he became a stage actor playing the lead in The Elephant Man on Broadway.   In 2006, he made a surprise return to film, playing Nikola Tesla in Christopher Nolan’s illusionist drama The Prestige.

His final album, the critically acclaimed Blackstar, which contained innovative jazz fusion elements, was released on his 69th birthday, just days before his death.

He leaves us some lessons for innovators.  Bowie did not rely on his own genius he constantly sought fresh stimuli by collaborating with different people. Most collaborations led to innovations in style and musical direction. He could easily have cruised along simply recycling his early hits as many other aging rock stars do. Instead he kept looking for fresh ideas – some of which surprised and annoyed his original fans but earned him new ones.

Impose change on yourself. Keep exploring new avenues. Bowie said, ‘I feel confident imposing change on myself. It’s a lot more fun progressing than looking back.’

Taken from the new book, Think like an Innovator, published by Pearson