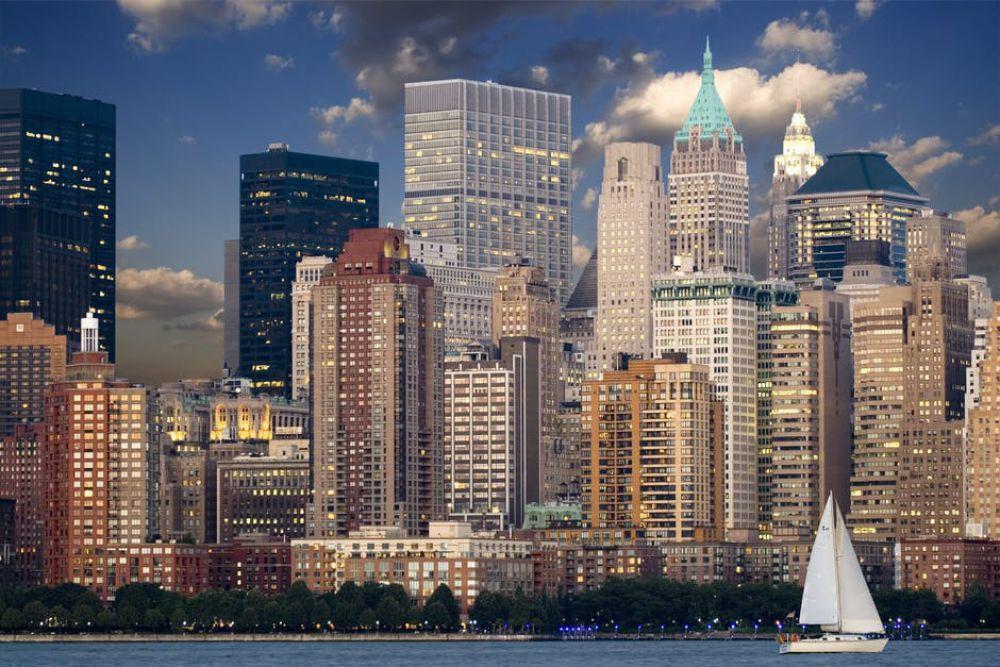 2017 has been a tough year for the thoughtful, for those who believe in the power of reason to navigate the complexities of the human condition. 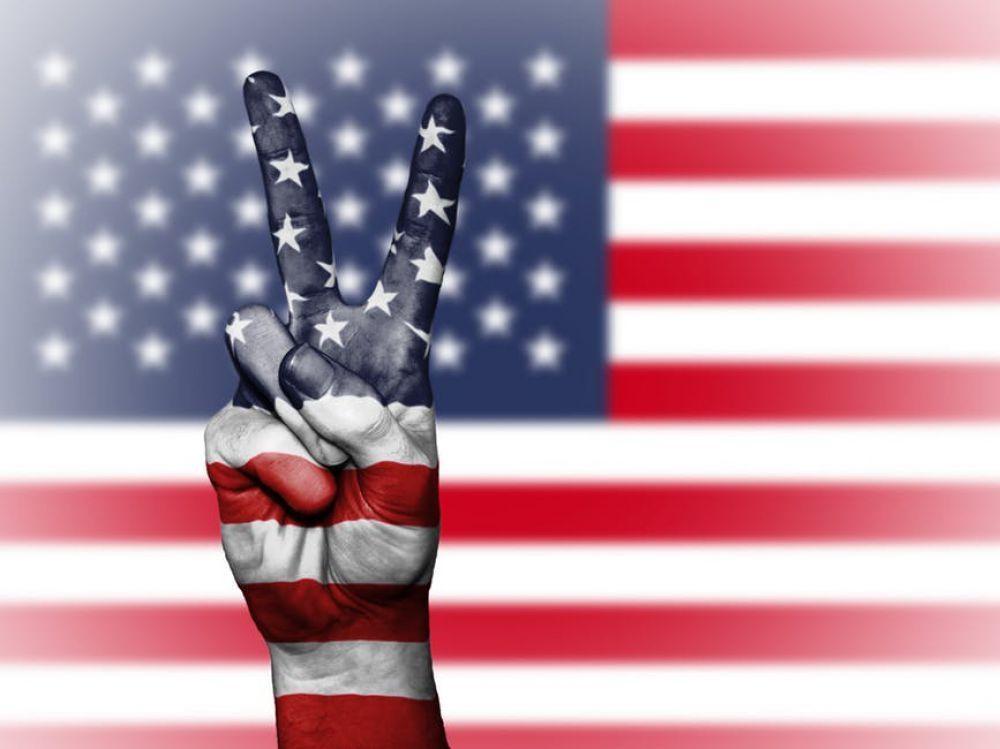 The following comment from Scott Pruitt, Administrator of the US Environmental Protection Agency, in June of this year on NBC’s Meet the Press, is just one of the jewels in a pantheon of travesties:


“Since the fourth quarter of last year until most recently, we’ve added almost 50,000 jobs in the coal sector. In the month of May alone, almost 7000 jobs.”

In pursuing the narrative that this administration is always winning, he managed to represent the growth of coal jobs as fifty times greater than reality. The total number of coal jobs in the United States is approximately fifty thousand according to the Bureau of Labor Statistics. It grew by one thousand in the last year.

The key takeaway from this small fragment of Trumptopia is the importance of the big lie in moving the needle of truth so far from the true north that the popular psyche becomes unmoored. Facts and fact-based understanding are replaced by the perception of truth – what feels right must be right because facts have become partisan tools wielded in service of tribal loyalty.


There were many reasons to vote against Hillary Clinton. She was the product of the Democratic Party machinery. She was entitled. She defended her husband’s reprehensible behaviour towards women. She lacked charisma. She was guilty of living in a bubble, so convinced that she would ascend to the office of President that she failed to connect with the very people who should have been her base – who would have been Joe Biden’s base. Many reasons; but no excuse. Because there were only two choices and one of them was Donald Trump.

And yet, faced with this inauspicious choice, America made the wrong choice. One Trump voter, known well to this author, is satisfied with the results of that choice: Supreme Court Justice; Muslim Ban and recognition of Jerusalem as capital of Israel. There is no illusion as to Trump’s unsuitability; just naked self-interest. Other supporters, no doubt, have similar feelings.


And so, in pursuit of such ends, America charts its decline. There are moments of hope. Apparently, there are standards for being a United States Senator: being a racist, misogynist, homophobic child molester did not sit well with the majority of Alabama voters and so a state that was about to be consigned to the international gallery of rogues redeemed itself a little.

The Trump administration may win its first legislative victory if it succeeds in passing a tax bill agreed between House and Senate. It will not be the tax reform that the President campaigned for. It will end up being much more generous to the wealthy and to corporations than was advertised. It will be anything but simple and will, therefore, be a tremendous gift to tax professionals. It will not deliver to the middle classes the tax breaks they may have hoped for. But it will be the best tax bill that money can buy.

Legislative victories ought properly to be judged through the long lens of history and ought to form a base on which a country can rely for the long term. Obamacare was passed with no Republican support and so has been a primary target for repeal upon a change of power. Tax reform will likely suffer a similar fate. This is not good for the country. One of the key aspects of a thriving economy is a stable structure of laws that promote investment with confidence that the rules will not be in a state of constant flux.


The world beyond the United States has continued to experience the traumas of Brexit; North Korea; withdrawal by the US from the Trans-Pacific Trade Partnership and the Paris Accords; the conflict in Syria; in Yemen; the emergence of a more explicit strategic competition between Saudi Arabia and Iran; terror attacks in Europe. The list of events is long and troubling. The thoughtful mind searches for some balance: an urgent need to fight the bias of news organisations to report the dark side. (There is such a thing as the  Good News Network. It meets a need).

The context of current affairs can be discouraging and lacks perspective. A century ago, the world was in the agonies of World War I: the Bolshevik revolution was sweeping away centuries of Tsarist rule; the collaboration of the allied powers in carving up the Ottoman Empire was exposed; millions of young lives had been wasted in a grinding conflict that had broken new ground in horror and human destruction. Vladimir Lenin moved in a brief six-month period from living next to a sausage factory in Switzerland to leading a revolution.

In the same year, the United States abandoned its doctrine, laid out by John Quincy Adams of “… [going] not abroad in search of monsters to destroy…” in favour of Woodrow Wilson’s Fourteen Points, a statement of progressive internationalism that was used to justify the entry of the United States into World War I. It was a speech that has had profound consequences in shaping US foreign policy ever since.


Effective leadership in world affairs must be based on moral authority. Raw military superiority projects differently, more narrowly. The United States has held both since at least World War II. The sense that power can be wielded not with the goal of territorial expansion but rather with the goal of conforming the word to the liberal democratic ideals that the United States holds dear has underpinned its role on the world stage.

Sadly, that is changing. Elections have consequences. Obama was pilloried for dialling back intervention in the Middle East. His rationale was that recent interventions had not produced unambiguously good results: Iraq; Libya. There was no reason to think that Syria would be different.

There was some focus on trying to reverse the “Great Satan” perception; to evolve from the position of being either perpetually at war in the Middle East, or engaged in an ongoing project of democracy building. It is more honest to act in one’s own enlightened self/national interest, but that requires a thoughtful, strategic sense of what that interest is and how, tactically, it might be accomplished.

The legacy of the Bush years caused Obama to pause, thoughtfully, and, subject to much criticism of fecklessness and embarrassing apologies, to pull back. The legacy of the Obama years is… well, that is not clear yet because there is no discernible foreign policy in the Trump administration. Nicki Haley is doing good work at the UN: tearing down some of the hypocrisies and trying to articulate a more strategic vision for the US and its relationships with its allies.

She has, however, embraced the #metoo movement in suggesting that women accusers should be heard, even if the accused is the President. It remains to be seen how this impacts her relationship with her boss. The fact that Donald Trump was elected, Access Hollywood notwithstanding, has proven to be a watershed moment where women have found the courage to speak up against powerful men such as Harvey Weinstein and Matt Lauer. The United States has had laws against such behaviour for many years. 2017 is the year where those laws have begun to bite among those who thought their power placed them above the law.

As the thoughtful mind searches 2017 for the signs of hope and progress, perhaps the most significant is #metoo. The IMF has authored a report on the importance of narrowing the gender gap in developing nations. Its findings and conclusions apply to developed societies also. It is not only the potential of women that is imprisoned in a culture of rape and sexual abuse but the potential of society as a whole. Power is rarely ceded willingly: it must be wrestled from the hands of the privileged. It is rare to be in the midst of a movement that has such consequences for societal progress. It appears that is where we are.