What Bad Leaders and Teams Get Wrong About Conflict

What Bad Leaders and Teams Get Wrong About Conflict 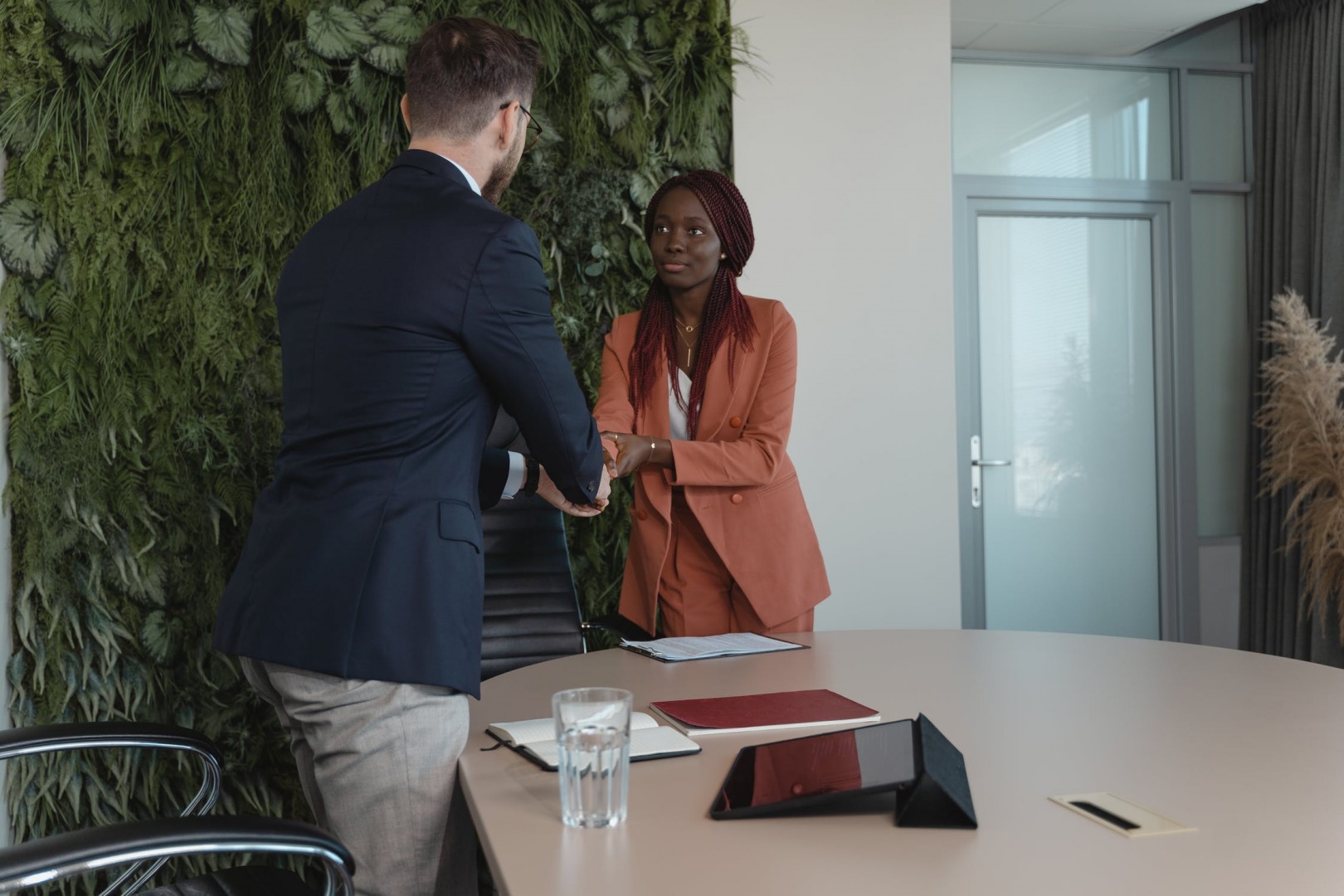 It doesn't take a Ph.D. to figure out some groups of people perform better than others.

Not only do high-performing teams produce better results, but their team members have a sense of meaning, belonging, and achievement.

There have been many great studies about what makes a team successful, but maybe none better than Google's two-year study called Project Aristotle. Google's research team found that the best teams were effective because they worked well together, regardless of who was on them. The five characteristics of enhanced groups include; Psychological Safety, Dependability, Structure and Clarity, Meaning, and Impact.

Bad leaders and teams are void of this crucial element because they look at being vulnerable, taking risks, and speaking up as negative instead of positive. It's precisely why they never meet their potential and achieve their biggest goals.

What's interesting about psychological safety is that it's impossible to achieve unless the leader and team members embrace the idea of constructive conflict.

Conflict, by definition, is an escalation of a disagreement between two parties. It comes from the Latin word "Con" meaning together, and "Fligere" meaning to strike. While the definition is simple, what I have found coaching and working with leaders and teams for over a decade is there are three types of conflict: 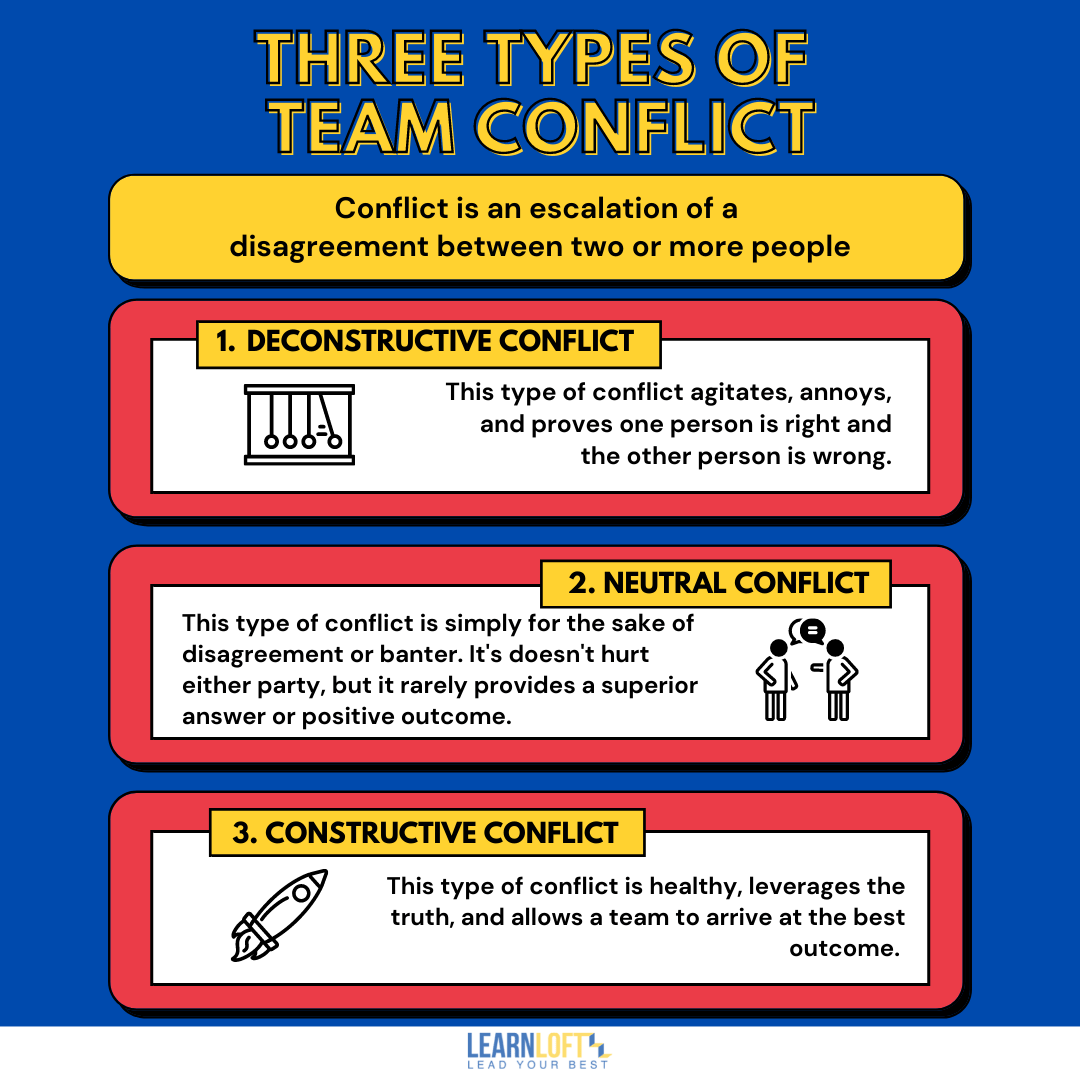 What Leaders and Teams Can Do to Have Constructive Conflict

The moment a team loses sight of the shared goal is the moment constructive conflict begins to fade away.

Take a small startup working in the eCommerce industry, as an example. The eight-person team was in a feverous debate (in Slack of all places) about their branding and modifying their company logo. In just a few slack messages, the discussion heated up, and each team member was passionately communicating the reasons for their particular position.

As the conflict began to rise, it started to get a little personal, so I sent a short reminder message: Conflict on a team can be good! As long as we can remember, we want the same outcomes.

Relish the Conflict, But Stay Kind and Curious

While some people's personalities lend themselves to avoid conflict and others run towards it, a common desire is to be treated well in a disagreement. In Mareo McCracken's new book, Really Care for Them, he wrote, "Nobody likes to be told to be quiet, or to be calm, to shut up."

Not only is he right, but it's also an essential part of constructive conflict. Being kind and recognizing that each person is a human with feelings is easy to forget in the heat of the moment. Great leaders recognize this and speak the truth, but they do it with empathy and humility.

Great leaders speak the truth, but they do it with empathy and humility.

As hard as it might be, putting yourself in someone else's shoes and communicating the truth is what the best leaders do. They recognize they aren't above someone else, and there will be times where they will be the one who needs truth spoken into their life, so leaving their ego out is required. They rely heavily on the trust they have earned with their team in the small daily acts, so people will let them say hard things.

How to Embrace Constructive Conflict as a Leader

If you lead a team, you might think this sounds good, but there is no way this type of constructive conflict will work on my team. Instead of assuming it won't, try to embrace the following:

When you invite constructive conflict into your team and relationships, they will get better. The only question that remains is will you be the kind of leader who does it?

In the comments, please tell me how you invite constructive conflict on your team or organization.