Why Bad Leaders Fall in Love With Power

Why Bad Leaders Fall in Love With Power 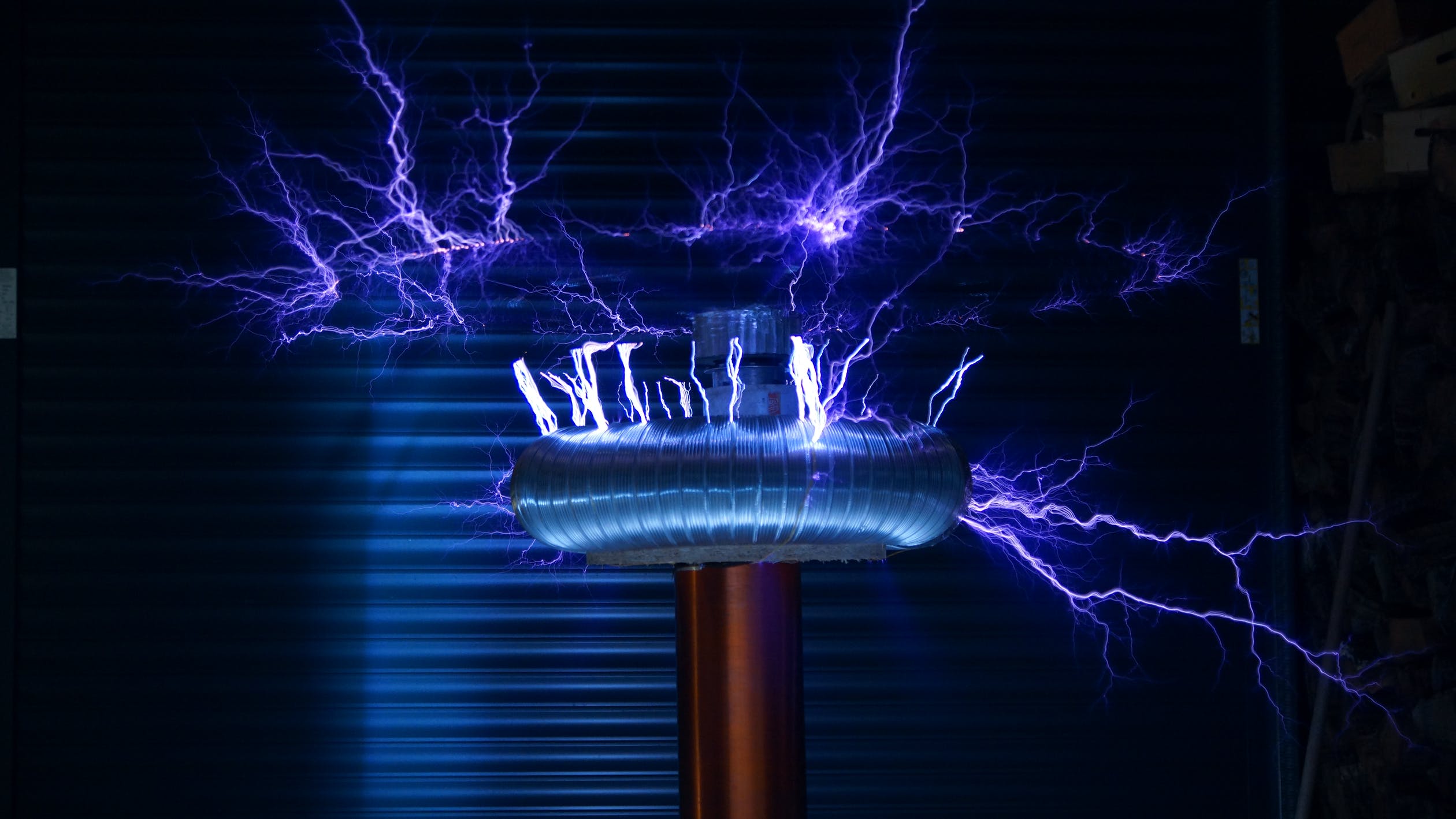 Do you remember the first time people looked to you to make a big decision or asked for approval before moving forward?

That was power, and chances are, you liked it, wanted more of it, and even started looking for additional opportunities to exercise it.

There is nothing inherently wrong with power. Some say it's a fundamental tool used by great leaders. However, nothing will cause a leader's demise more than falling in love with power. It can be a dangerous distraction from the most critical job of a leader today, elevating others.

Take Chris, a Division VP at an established manufacturing company, for example. When he was first promoted to Vice President, he didn't care who had the power or how much he possessed. Instead, he was so excited about the opportunity to impact the lives of 100 people positively.

For the first five years in the job, his team's performance improved so much that Chris was labeled "the next big thing" in the company. When discussions began on the management team about a new President, Chris' wheels began to turn. Not only did he want the job, he thought the other VP's were borderline incompetent.

Chris did what most people in this position do. He started jockeying for power and authority. He communicated his vision for the company and why he was the best person for the job to anyone who would listen. He even went as far as to throw others under the bus to make himself look better.

Not only did it take a toll on his credibility with employees, but his own team's performance began to suffer. When Chris finally noticed the slip, he didn't look in the mirror at himself; he exercised his authority and demanded better and faster work.

The result was a team that turned against him and a promotion that slipped through his fingers. Eventually, Chris was politely asked to leave the company by the newly promoted president.

There is nothing wrong with the desire or ambition to get a promotion, whether it's a frontline manager or president, but pursuing a title just for power is a recipe for disaster.

If you want to ensure what happened to Chris doesn't happen to you, let's get clear on what you can do to avoid being blinded by power.

Understand What Power Is and Isn't

There are many definitions or perspectives about power, but the definition I am using today is the possession of control, authority, or influence over others. It is leveraged by leaders to persuade people to action or to do as they ask. Many managers, supervisors, and executives have control or authority because of their position. However, influence can be gained by anyone because it's primarily earned.   Influence over others has its greatest impact when it's earned, not given.

In countless examples from our research, the best leaders earn their influence over others by focusing on an inner strength that doesn't depend on outward things. This inner strength is then used to inspire others to make their own decisions in the team's best interest. While they will occasionally exercise their control or authority because of their position, it's not a trump card they prefer to pull. 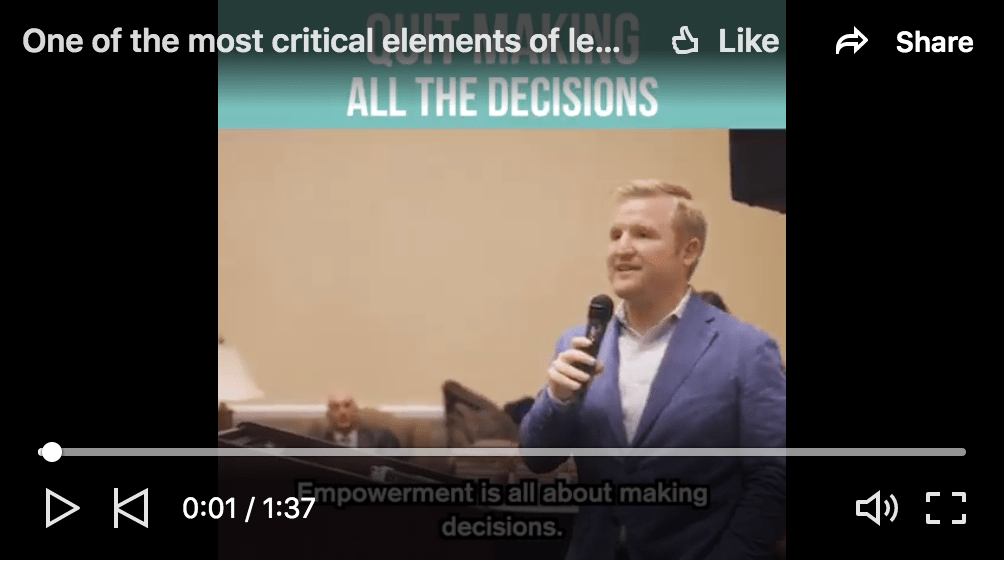 Abraham Lincon said it best, "If you want to test a man's character, give him power." In organizational leadership, certain hierarchical positions come with control over resources. This can cause leaders to act on their selfish human nature versus what's in their organization or team's best interest. If one doesn't have humility and high character, power will overtake them.

It's common in my coaching conversations to hear about leaders feeling threatened by a high performer or sense they are threatening another leader above them because of their performance. Research suggests that the desire for a leader to maintain their position atop the hierarchy can be so strong that many are willing to engage in questionable and unethical behaviors to protect it.

Typical behavior includes; lying, taking credit where it doesn't belong, sabotaging someone else, or withholding information or resources to make work harder. As evil as these sound, they happen every day in politics, companies, and even families, and no one is immune to the temptation of making them.

Don't think for a second this is a bash session about power. Just like money, power absolutely matters. Take money, for example. Money by itself isn't evil; it makes possible the best what earth affords, and it's a vehicle to opportunity.

Power is similar; your ability to get things accomplished, create a better future than exists today, and impact others relies heavily on having power. To act as if it's not essential or that only bad leaders care about it would be stinking thinking.

What you do with power matters, and it makes or breaks you as a leader.

Here are the power questions I want you to ask yourself:

The best part of leadership is that it's a journey and not a destination. You will be happy to know Chris learned this lesson about power the hard way. Through a lot of hard work, he makes sure he doesn't fall in love with power and keeps his attention on elevating others, now that he is the CEO.

View all
Kanban – Build Adaptive Capability
5 Time-Tested Pointers to Build a Successful Online Enterprise
How An Activity Fit Map Will Set Your Business Apart From Your Competitors
Why Building Trust In Your Business Brand Is Essential? Here Are 6 Ways To Elevate Your Brand
Agile Framework Is Not The Main Problem In Your Organization: Linear Thinking Is The Main Issue
5 Ways To Transform Your Offline Business To Online
Why IoT Will Dominate The Future Of Energy Generation
What Are Banks Doing to Combat Climate Change?
Is Geoengineering Research Objectionable?
How VR is Being Used for Renewable Energy Training
Whither Battery Power?
If Disruptions Force Change, Imagine the Power of Transformation
Why The Financial Services Sector Need To Invest in Voice Assistants
Is Exness A Scam or A Legit Forex Broker?
How to Create an Efficient Student Monthly Budget
Geo-Politics and Banking: Caught in the Middle
Understanding The Threat of Synthetic Identity Thefts in Finance
Will Cryptocurrencies Replace Fiat Currencies?
Mulling Pandemic Advice from September 2019
International Corporate Taxation: What to Tax?
COVID-19: Lessons to Learn from the Global Pandemic
How Poverty Changed in 2020: Mixed Measures
The COVID Instant Experts: Too Many Experts, Too Little Knowledge
When Business Leaders Endorse Stakeholder Responsibility, What Are They Really Saying?
How Long Can Vladimir Putin Stay in Power?
The Eurozone Is Going Down The Japan Way
How AI Can Be Deployed To Improve Immigration Control In Countries
How Stalin and the Nazis Tried to Copy Henry Ford
China Crackdown is About Political Control
How to Create Intelligent Governments with Artificial Intelligence
Stunning News about Diet and Weight
How Tesla is Using Big Data: Benefits & Challenges of Big Data in Self Driving Cars
Which Jobs Will Survive Artificial Intelligence? Here Are The Jobs That Will Remain & Disappear Following The AI Takeover
What's Fundamentally Wrong With Machine Learning?
On The Nature of Vaccine Reticence
Addressing Disability Bias In Artificial Intelligence
Devise a Reward, Then Conquer
From EA to Chief of Staff: The Journey First, Please. Then, the Title.
5 Work From Home Tips to Stay Motivated
NHS Workers Deserve More Gratitude: How Do We Show It?
Is Investing in Real Estate a Safe Bet for Millennials?
How To Solve Problems Like The Best Leaders
5 Cloud Computing Trends That Are Playing A Major Role in 2021 & Beyond
5 Web Design Resources That Will Inspire Your Website
Advantages of Developing a Mobile Business App
What is the Difference Between AirPods and AirPods Pro?
Are You Worried About Data Storage & Its Security? Switch to Cloud-Based Data Management Systems
Power Partnerships and Tech For Good IBM Power Systems & SAP HANA