Why Your Business Needs to Put Coaching First﻿

Why Your Business Needs to Put Coaching First﻿ 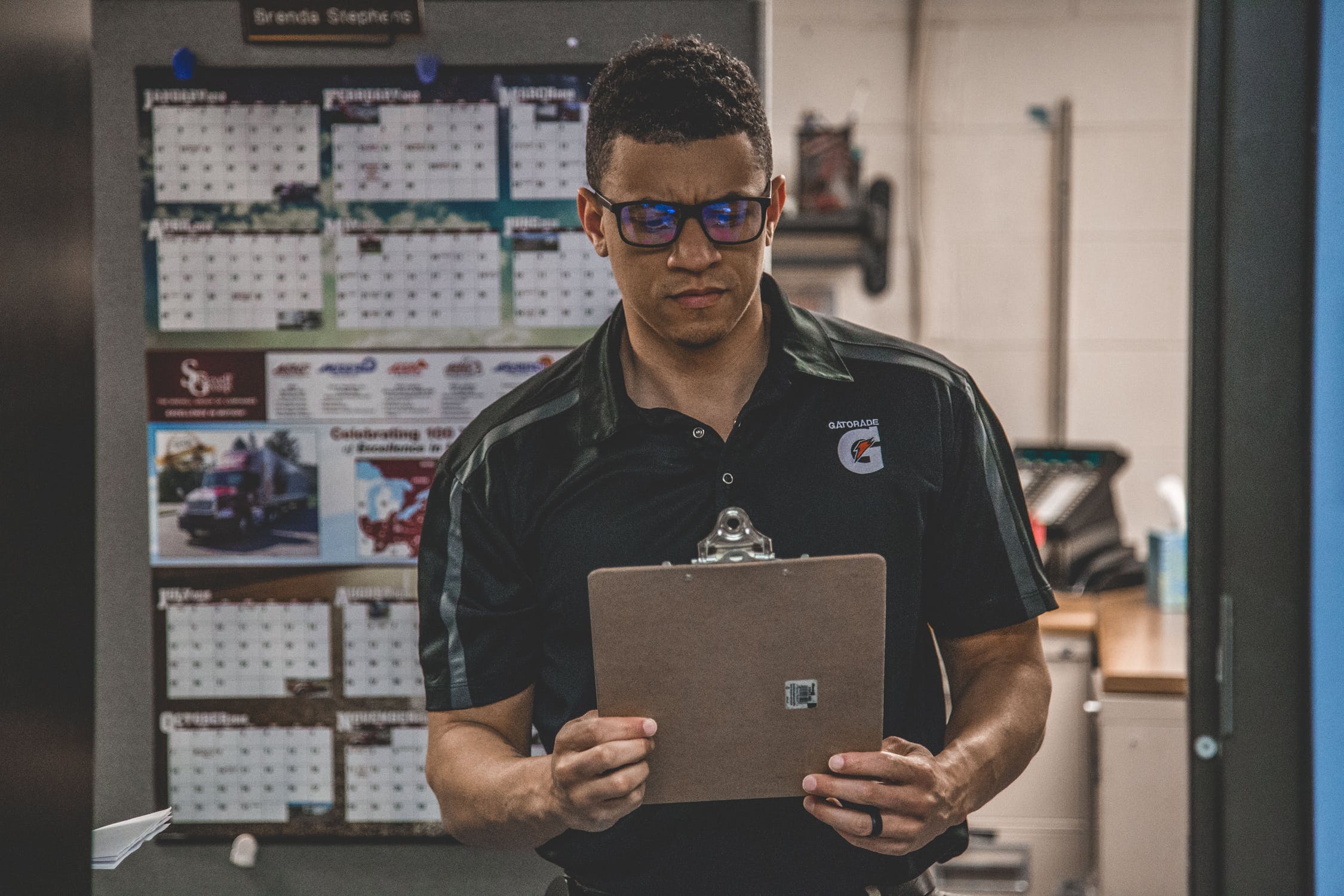 An organisation’s capacity to grow is defined by its openness to learning and this needs to be embedded from the very top to the very bottom. From the CEO to the most junior administrator, there needs to be a commitment to on-going training and personal development.

But why is coaching so important to business growth? What are its main advantages?

Yes – really! A good peer coaching programme will cost nothing but can turn things around really quickly. It shouldn’t need specific rules or training. Some of the best I’ve seen are the simplest. Every member of staff is allowed to pick someone as their coach or can volunteer to be a coach, agreeing how often to meet. When I’m coaching my clients through this process, I suggest they structure it so that the time commitment is no more than an hour or so every fortnight. This shouldn’t be too onerous for any member of staff. Coaching relationships shouldn’t last more than 6 months and it’s entirely up to the employee whether they want to take part or not. That’s the beauty of it. It’s not being imposed on you. Take it or leave it!

If the programme isn’t working, for either the coach or the coachee, then it needs to stop. Kill it and start again.

I love NextJump’s approach to staff development. Harvard Business Review identified them as a DDO (Deliberately Developmental Organisation) and they put strong emphasis on candid feedback. Any perceived weakness that impacts on a member of staff’s ability to do their job is flagged up. They call it your ‘backhand’ – such a great name.

Opportunities are then created for staff to work on their backhand outside their regular day job. For example, any employee who struggles with speaking in public is asked to lead culture tours around the company. By doing this, they deliberately practice their public speaking skills in a way that isn’t revenue impacting. Fantastic idea!

In organisations that are scaling quickly, one of the factors that’s going to restrain future growth is the availability of more managers. You really need to avoid the trap of promoting someone because they’re the least-worst candidate or they’ve been with you a long time. A person may be a first-rate developer but a lousy manager. Just because they were the first person through the door doesn’t mean they should step up into management if they don’t have the right skills.

When I work with clients on their strategic goals, we look at projected turnover, future org structure, numbers of employees needed and core capabilities. It’s at that moment that the scale of the future problem reveals itself. And that moment when they realise they need to make coaching a priority. A peer coaching programme like the one I’ve mentioned above could be a good first step. Then I’d recommend a full-blown management development programme to fast track employees who’ve shown potential.

People who are naturally drawn to management do it instinctively. When I was MD at Rackspace, we hired Lucy who sat next to two of our sales team. One of them, Clarissa, stayed later and came in early to coach her. We didn’t ask her to – she just did it. Clarissa had naturally displayed her management tendency. Needless to say, when the promotion came up, it was Clarissa who got it. She turned out to be a superb manager!

It’s often the softer skills that are key to good management – and they’re the hard skills to measure. It’s important to create opportunities for these qualities to shine through – this will help you root out people with potential.

A peer coaching programme will provide these opportunities. Staff can show their mettle around coaching because that’s the core skill you want. It will also give your leadership team priceless data on who in the organisation has a growth mindset – whether they’re the coach who gets picked more than once or the person who wants to be coached. You’ll tap into all that crowd-sourcing information about who it is that the organisation believes has the skills to coach. And if you give participants a 1st, 2nd and 3rdd choice of coach you’ll get even more valuable data.

So when you do your quarterly talent assessment and analyse who meets or exceeds expectations and who lives by your company values, you’ll make judgements based on recent, relevant data.

I’m fascinated by a piece of work Gallup did on self-perception in the workplace. They found that the top quartile of staff (for management ability) know that they’re better than some people in their company but don’t know how good they are relative to the rest of the universe. On the other hand, the bottom quartile think that they’re better than average. So, the A players don’t know they’re truly A Players and the C Players have no idea they’re not As!

Keep this in mind when people put themselves forward for promotion. They might think they’re suitable but often, they’re not!

The Gallup Q12 is a great metric for staff engagement. And if you become a coaching first organisation, it will turbo-charge your score in this test! Increasing engagement can unlock up to 40% more discretionary effort from your staff. Think of that!

Through a peer-coaching programme, you’re saying to staff, ‘We value you. Here’s your opportunity to develop and grow’. Hopefully, alongside this, you’ve built a systemic culture of praise and celebration. The coaching programme supports this, providing opportunities for positive feedback and confidence-building  It really is a win-win.

By putting the onus on the employee to volunteer to coach or be coached, you’re asking them to look at themselves. To think, what is that I do that I need to get better at, whether that’s functionally or personally, and what are my personal objectives? Staff become accountable for their own development.

Back to NextJump. They give four people group accountability for certain areas of the business. Each of these groups has a captain, two team members and a coach. It’s the captain’s job to train one of the others to become good enough to be captain, at which point the captain becomes coach. By passing on the baton, they’re responsible for replacing themselves. Every manager should see their job in this way. Their goal should be to make themselves redundant so they’re ready for the next challenge.

This builds respect and accountability, particularly in bigger companies. It always staggers me how people stop pulling their weight when a business goes over roughly 35 staff. The dirty cups stack up in the kitchen and no-one washes theirs up – so frustrating! These things may seem insignificant but it’s an indication there’s something else going on. People lose their shared accountability and it starts to become ‘someone else’s job’.

I’m a great one for building the neural networks of businesses. In the organisations where I’ve been MD, I’ve made this a priority. By introducing a peer coaching programme, you’ll see new pathways being forged and relationships being strengthened. You can even ensure coaches come from other functional areas or teams to make this aim explicit. It can be so powerful for social cohesion in your business.

As well as neural networks, coaching will ensure DNA transfer from old hands to new. This keeps your culture tight. When you’re growing, it’s easy to lose that founder mentality but here you have a way to retain the essence of your company and ensure everyone understands and feels it.

One of the questions in the Gallup Q12 is around having a best friend at work. It’s based on research showing a concrete link between a best friend in the workplace and high performing teams. If you’re coaching someone as a peer, there’s no management hierarchy. It frees the relationship to focus completely on the individual, without any company agenda or hidden motive. You may see new friendships start to blossom as a result.

Something that worked well with one of my clients was getting all the coaches together at the beginning of the programme so they knew who else was involved. This proved very successful, giving staff the opportunity to ask questions and form their own support network.

Coaching is all about mindset. To become a coaching-first business, everyone needs to understand the importance of learning and growing. It takes deliberate practice and effort before becoming ingrained.

It’s not surprising that I feel it’s so important – you wouldn’t expect anything less from a business coach! But occasionally, I’ll come across someone who refuses my help, saying they don’t want coaching. That’s their decision. But it’s like saying you’ve closed your mind. Ultimately, we never stop learning.