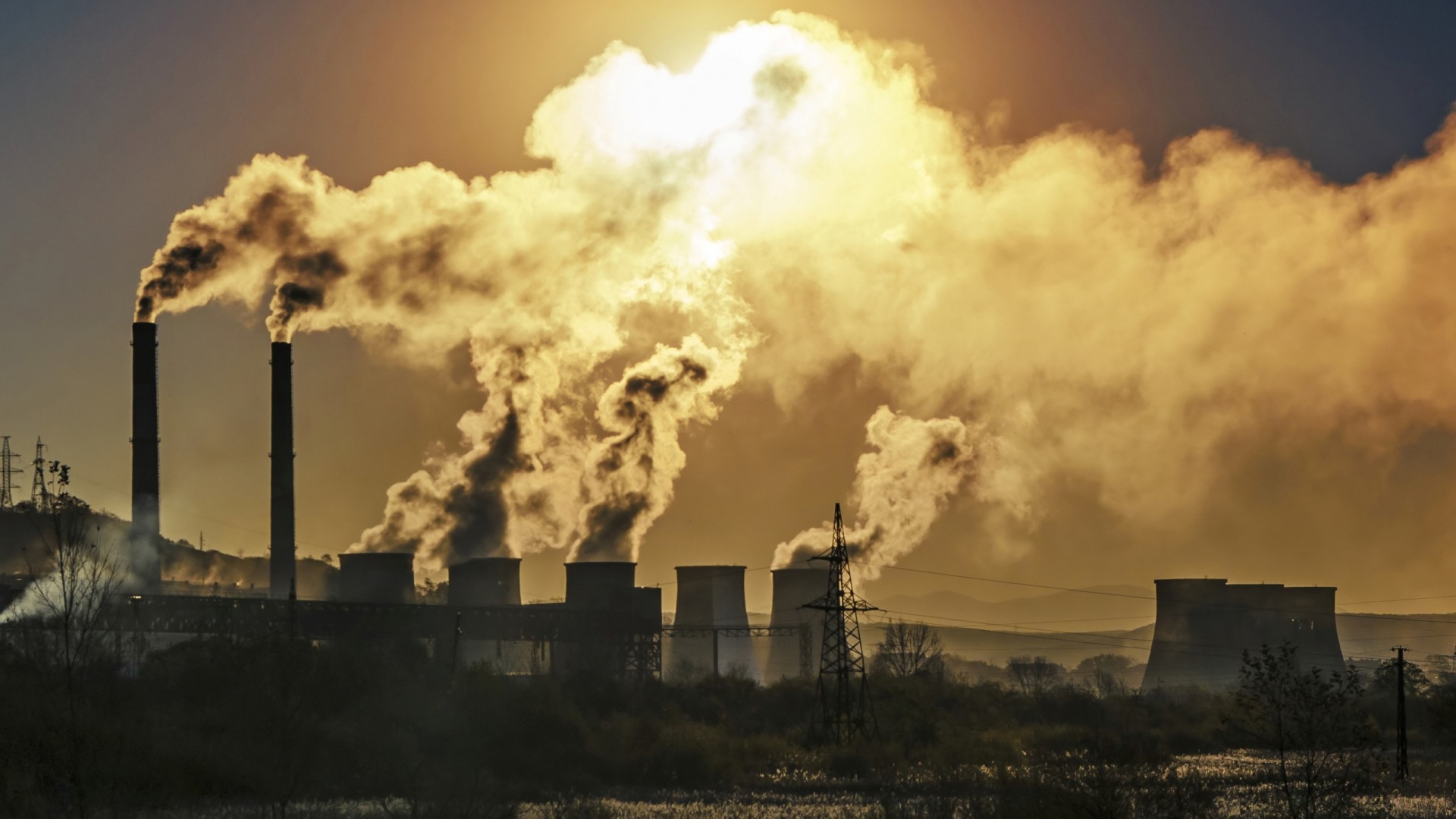 Greenhouse gas levels are at new records. Concentration of CO2 in 2020 was 149% of pre-industrial times.

The economic slowdown from COVID-19 had no real impact. Our planet is set for an increase much higher than the Paris Agreement target of 1.5°C-2°C.

The World Meteorological Organization reported this Monday that greenhouse gas concentrations hit a new record high last year and increased at a faster rate than the annual average for the last decade despite a temporary reduction during pandemic-related lockdowns.

In its annual report on heat-trapping gases in the atmosphere, the United Nations weather agency said concentrations of carbon dioxide, methane and nitrous oxide were all above levels in the pre-industrial era before 1750, when human activities “started disrupting Earth’s natural equilibrium.”

The report's release came days before the start of a U.N. climate change conference in Glasgow, Scotland. Many environmental activists, policymakers and scientists say the October 31-November 12 event, known as COP26 for short, marks an important and even crucial opportunity for concrete commitments to the targets set out in the 2015 Paris climate accord.

At the current rate of increase in greenhouse gas concentrations, we will see a temperature increase by the end of this century far in excess of the Paris agreement targets of 1.5 to 2 degrees Celsius above pre-industrial levels. World Meteorological Organization (WMO) Secretary-General Petteri Taalas

The report draws on information collected by a network that monitors the amount of greenhouse gases that remain in the atmosphere after some quantities are absorbed by oceans and the biosphere. 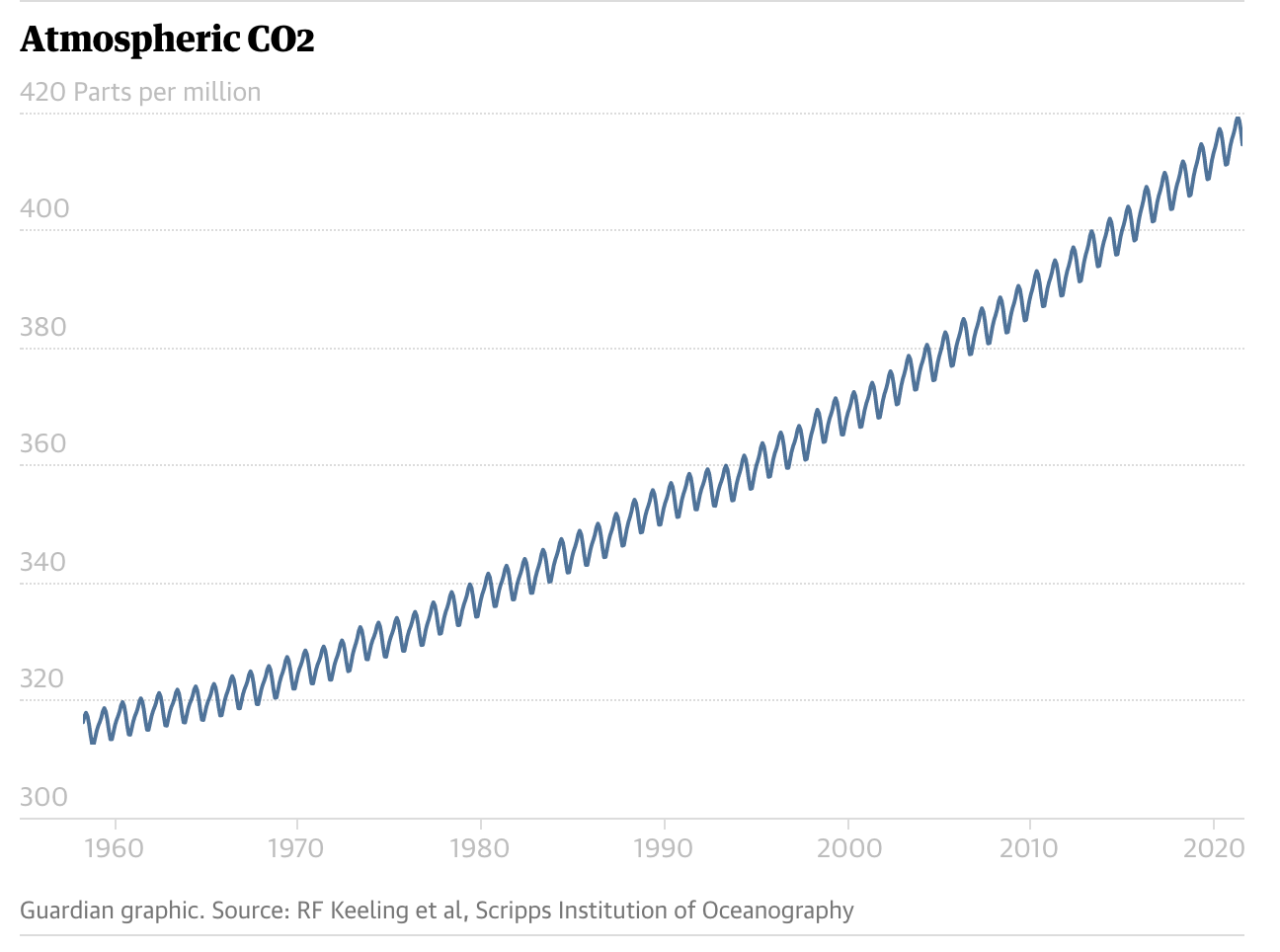 The global average of carbon dioxide concentrations hit a new high of 413.2 parts per million last year, according to the WMO report. The 2020 increase was higher than the annual average over the last decade despite a 5.6% drop in carbon dioxide emissions from fossil fuels due to COVID-19 restrictions, WMO said.

The concentration of carbon dioxide, the most important greenhouse gas, is now 50% higher than before the Industrial Revolution sparked the mass burning of fossil fuels.

Taalas said a level above 400 parts per million – which was breached in 2015 -- “has major negative repercussions for our daily lives and well-being, for the state of our planet and for the future of our children and grandchildren.”

Human-incurred carbon dioxide emissions, which result mostly from burning fossil fuels like oil and gas or from cement production, amount to about two-thirds of the warming effect on the climate. WMO said overall, an economic retreat last year because of the pandemic “did not have any discernible impact on the atmospheric levels of greenhouse gases and their growth rates, although there was a temporary decline in new emissions.”

View all
6 Ways You Can Get Injured in a Bicycle Accident and What to Do
3 Observations from the Recent Marriage of Akamai and Linode
Leadership: Be More Open and Less Directive, Start With These Words
Plan the Unplanned: 5 Ways to Be Spontaneous at Work
How Competitive Benchmarking Misses the Mark – And What Anticipatory Leaders do Instead
Important Questions You Need To Ask Before Starting a Business
Are All Cleantech Venture Capitalists Marxists?
How to Use Technology to Decrease Your Environmental Footprint
Cities and Pandemics
The Future of Energy: Conversations with Kelcy Warren
The European Union’s Misguided Energy Price Cap Proposal
Blackstart: How the Grid Gets Restarted & Why It Matters
7 Ways NLP is Changing the Face of Financial Services
6 Ways Social Media Platforms Can Enhance The Banking Sector
What Should You Know About Investing? Top Examples And Tips For Beginners
Colorado Real Estate Investing Strategies
Payroll Check-13 Facts for the Beginners
When Lower-Income Countries Face Rising Global Interest Rates
Grade Inflation and College Completion
Deflation: The Case for Worrying Less
How The Best Companies Support Leaders During Challenging Times
Three Patterns in World Trade Since the Pandemic
Some Economics of Dominant Superstar Firms
Updates on the Social Cost of Carbon
The G7 Cap on Russian Oil Is a Subsidy to China
How Governments Can Leverage AI To Detect And Prevent Future Terrorism Events
Should Central Banks Fear Inflation or Recession?
The Safest and Most Dangerous Places to Work in the UK
Investment Charges When Mexico Privatized Social Security
Henry Adams on the Corruptions of Power
6 Things to Keep In Mind When Buying Medical Equipment
What Should You Change In Order To Feel Better About Yourself
How to Make the Most out of Data?
Understanding TinyML - Benefits and Applications
Of Diet, Doctors, and Denial
Impact of Big Data Analytics in Healthcare
Why Is It So Hard To Learn From Our Mistakes?
A Compelling Challenge Confronting Humanity: Population Growth
Keep Trying - The Virgin Ice Cream Story
5 Important People You Need in Your Life
How Web 3.0 Will Affect Education
Use The Three Greeks To Improve Your Powers of Persuasion
How Deep Learning Has Proved to Be Useful for Cyber Security
Big Data is Transforming Education
Women and Children are Primary Cyberbullying Victims
How New Technological Innovations Will Benefit The Trucking Industry
Top BI Dashboard Best Practices To Keep In Mind
Mastodon Visits Hit 9.5 Million as Twitter Rival’s Traffic Skyrockets 588%

How Deep Learning Has Proved to Be Useful for Cyber Security
7 Ways NLP is Changing the Face of Financial Services
Grade Inflation and College Completion
Big Data is Transforming Education
Why Is It So Hard To Learn From Our Mistakes?