Reflecting On The Other Air Pollutants: Soot and Methane

Reflecting On The Other Air Pollutants: Soot and Methane 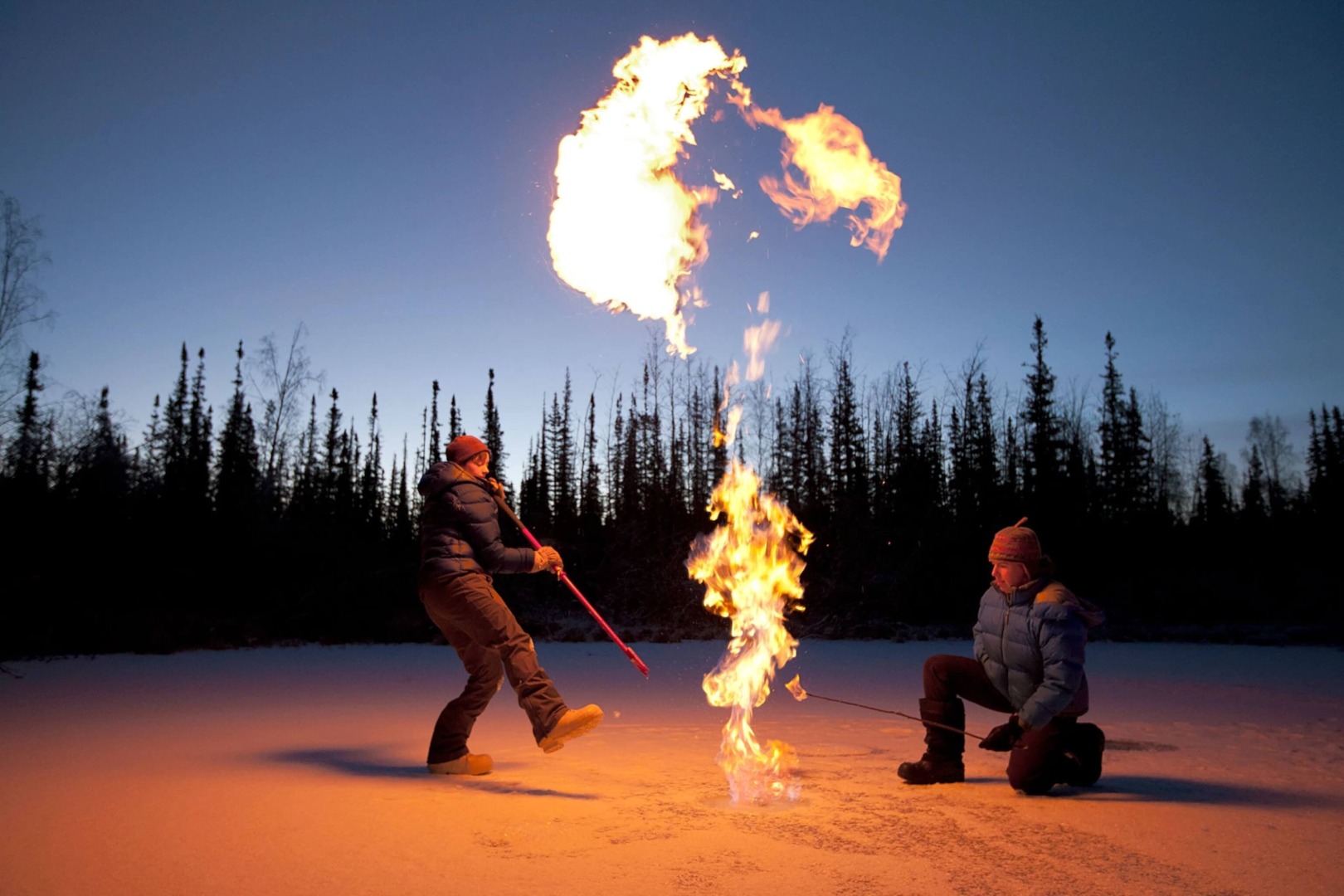 It sometimes seems to me that the arguments over carbon emissions and the risk of climate change have crowded out attention to other environmental issues–including other types of air pollution.

Thus, I was intrigued to see the article by Drew Shindell called "Beyond CO2: The Other Agents of Influence”. Shindell focuses on the benefits of reducing soot (more formally known as ”black carbon”) and methane emissions (which are a precursor to more ozone in the atmosphere), and identifies which emissions to go after. He is reporting the results of a study with a larger group of authors in the Science magazine. I’ll quote from both articles here.

The starting point for this group was to note: ”Tropospheric ozone and black carbon (BC) are the only two agents known to cause both warming and degraded air quality.” Thus, ”an international team of researchers, including experts from the Stockholm Environment Institute, the Joint Research Centre of the European Commission, the U.S. Environmental Protection Agency, and others” looked at  400 different policies for potentially reducing these emissions.

Here’s a capsule overview of the effects of soot and methane from the Resources article:

”When the dark particles of black carbon absorb sunlight, either in the air or when they accumulate on snow and ice and reduce their reflectivity, they increase radiative forcing (a pollutant’s effect on the balance of incoming and outgoing energy in the atmosphere, and the concept behind global warming), and thus cause warming. They can also be inhaled deeply into human lungs, where they cause cardiovascular disease and lung cancer.

”Methane has a more limited effect than black carbon on human health, but it can lead to premature death from the ozone it helps form. That ozone is also bad for plants, so methane also reduces crop yields. It is a potent greenhouse gas as well, with much greater potential to cause global warming per ton emitted than CO2. But its short atmospheric lifetime—less than 10 years, versus centuries or longer for CO2—means that the climate responds quickly and dramatically to reductions. CO2 emissions, in contrast, affect the climate for centuries, but plausible reductions will hardly affect global temperatures before 2040.”

The group looked at costs and benefits to whittle down the 400 measures and eventually selected 14 of them. ”Of the 14 measures selected, 7 target methane emissions (from coal mining, oil and gas production, long-distance gas transmission, municipal waste and landfills, wastewater, livestock manure, and rice paddies). The other 7 controls target black carbon emissions from incomplete combustion and include both technical measures (for diesel vehicles, biomass stoves, brick kilns, and coke ovens) and regulatory measures (for agricultural waste burning, high-emitting vehicles, and domestic cooking and heating).” 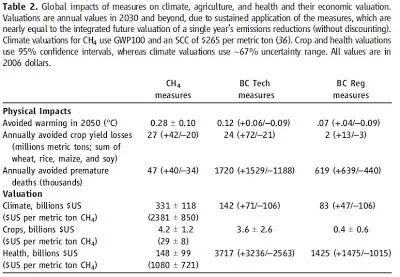 The Science article sums up: ”We identified 14 measures targeting methane and BC [black carbon] emissions that reduce projected global mean warming ~0.5°C by 2050. This strategy avoids 0.7 to 4.7 million annual premature deaths from outdoor air pollution and increases annual crop yields by 30 to 135 million metric tons due to ozone reductions in 2030 and beyond.”  Indeed, a ”combination of measures to control black carbon, methane, and CO2 could keep global mean warming at less than 2ºC (relative to the preindustrial era) during the next 60 years—something that reducing the emissions of any one agent cannot achieve by itself.”

The authors also find that the benefits of such policies far outweigh the costs. ”Benefits of methane emissions reductions are valued at $700 to $5000 per metric ton, which is well above typical marginal abatement costs (less than $250).” For soot, ”improved efficiencies lead to a net cost savings for the brick kiln and clean-burning stove BC measures. These account for ~50% of the BC measures’ impact. The regulatory measures on high-emitting vehicles and banning of agricultural waste burning, which require primarily political rather than economic investment, account for another 25%. Hence, the bulk of the BC measures could probably be implemented with costs substantially less than the benefits given the large valuation of the health impacts.”

The policy agenda for soot and methane is daunting in practical and political terms. For example, it requires measures that affect rice paddies, fossil fuel production and transmission, animal manure, brick kilns, diesel stoves, indoor cooking, and other areas. The agenda is worldwide, and those who receive the benefits will often not align well with those who are likely to end up footing the costs. The Resources article points out that an international coalition involving Canada, Sweden, Mexico, Ghana, Bangladesh, the United States, and the United Nations Environment Programme has embarked on a program to reduce  black carbon and methane emissions. The Climate and Clean Air Coalition to Reduce Short-Lived Climate Pollutants is just getting underway.