Renewable Energy and Its Need for Minerals

Renewable Energy and Its Need for Minerals 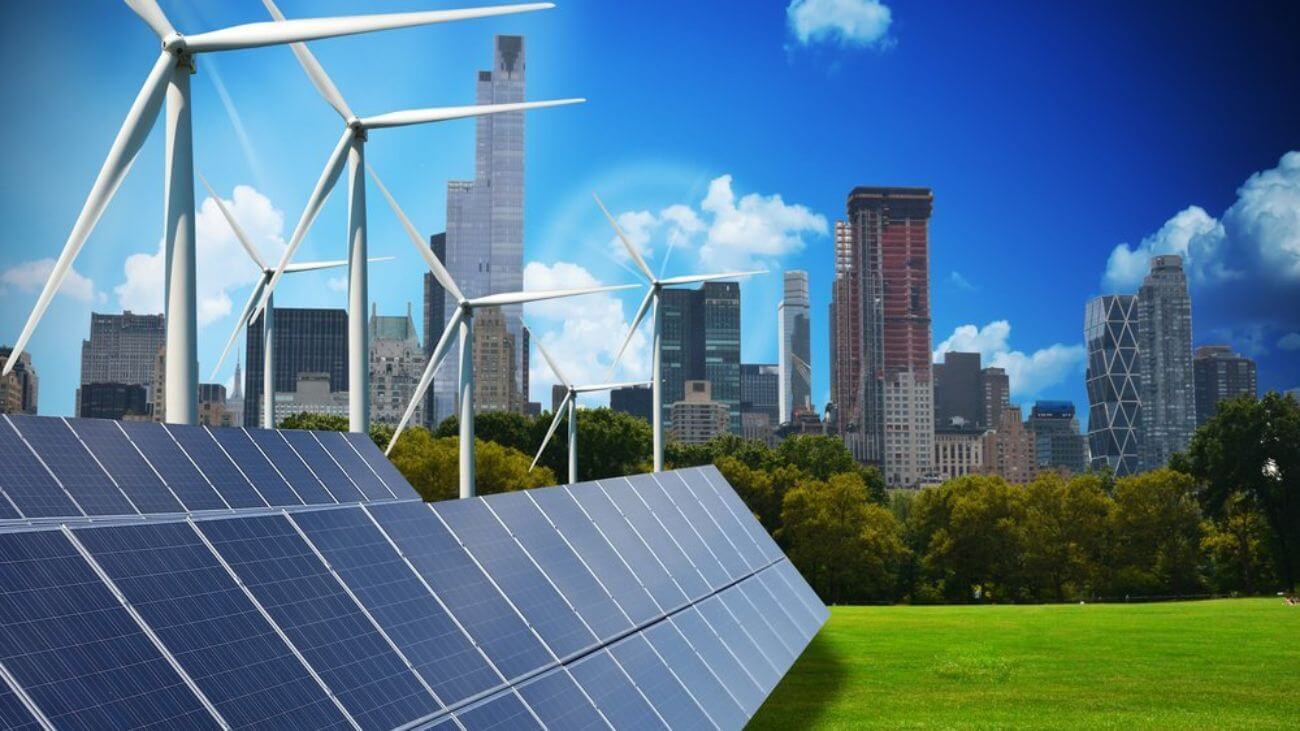 The IMF includes a short “Special Feature” in its most recent World Economic Outlook (October 2021) on this subject: “Clean Energy Transition and Metals: Blessing or Bottleneck?” The IMF writes:

To limit global temperature increases from climate change to 1.5 degrees Celsius, countries and firms increasingly pledge to reduce carbon dioxide emissions to net zero by 2050. Reaching this goal requires a transformation of the energy system that could substantially raise the demand for metals. Low-greenhouse-gas technologies—including
renewable energy, electric vehicles, hydrogen, and carbon capture—require more metals than their fossil-fuel-based counterparts. …

Here’s a table showing a list of main “transition metals”–that is metals likely to be important in the energy transition. 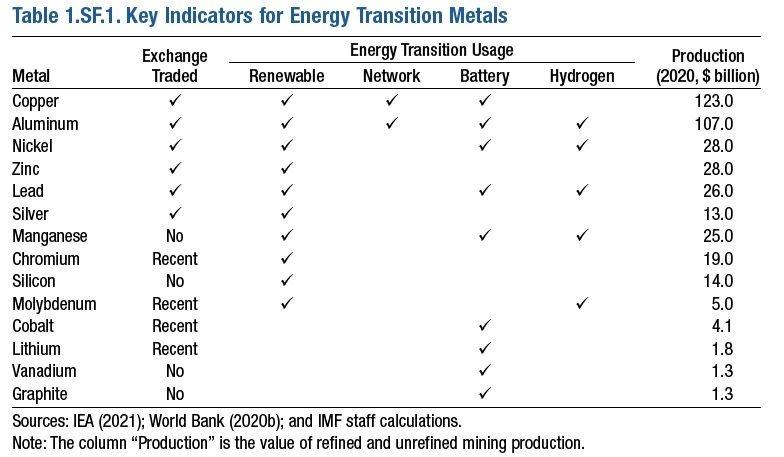 Here’s a figure showing how the quantity of these metals needed is likely to rise by the 2030s. Notice that the left-hand axis is measured as a multiple of how much consumption of these metals by the 2030s will exceed consumption in the 2010s. Notice also that the first listed element, lithium, is being measured on the much higher right-hand axis. 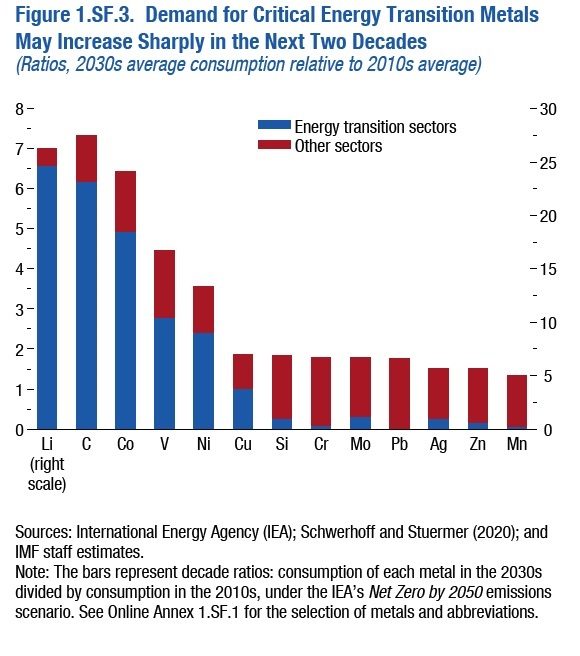 Finally, here’s a figure showing how the production and reserves of four of these key transition metals are currently concentrated in a few countries–and the US does not appear as a major producer of any of them. Thus, an implication of the transition to current technologies of cleaner energy is US dependence on the countries shown here for key inputs, and not all these countries are both friendly and stable. The IMF report focuses on a subset of these metals: “The four representative metals chosen for in-depth analysis are copper, nickel, cobalt, and lithium. Copper and nickel are well-established metals. Cobalt and lithium are probably the most promising rising metals. In the IEA’s Net Zero by 2050 emissions scenario, total consumption of lithium and cobalt rises by a factor of more than six, driven by clean energy demand, while copper shows a twofold and nickel a fourfold increase in total consumption …” 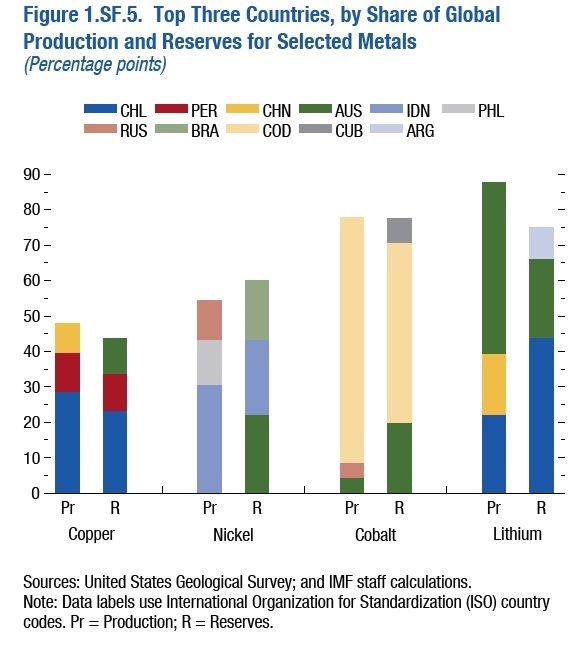 Many of those who are most strongly in favor of a swift move to cleaner energy also have severe qualms about an increase in mining. Political conflicts thus arise. In northern Nevada, a company called Lithium Americas believes it has discovered at a location called Thacker Pass one of the world’s largest deposits of lithium. However, local protestors are pushing back hard against mining this lithium. The protesters clearly to not believe that the environmental concerns can be overcome. Indeed, one story notes: ” At the Thacker Pass camp, activists who call themselves `radical environmentalists’ hope that addressing these challenges will press nations to choose to drastically reduce car and electricity use to meet their climate goals rather than develop mineral reserves to sustain lifestyles that require more energy.”


I should perhaps emphasize that these kinds of extrapolations about long-run demand need to be treated with care. Such predictions are premised on current technology. If demand for these minerals spiked, and their prices spiked as well, it would presumably unleash a set of incentives for finding a way to conserve on their use, to find cheaper alternatives, to recycle from previous uses, and so on. But one can at least say that given current technology, green energy advocates face a dilemma here: to support a rapid expansion of clean-energy technologies, you need to also support substantial increases in mining operations. And when it comes to the environmental damage from such mining for transition metals, it’s worth remembering that the damage is likely to be considerably less if such operations are carried out in the United States, compared to if the expanded mining is done in some of the other countries that are main potential sources for such metals.