Understanding The Role Of Artificial Intelligence In Combating Deforestation

Understanding The Role Of Artificial Intelligence In Combating Deforestation

The rampant deforestation around the world adversely affects your business in direct and indirect ways.

While many may see it just as a technology for businesses to boost their revenues, governments and environmentalists can use artificial intelligence (AI) for sustainability-related functions, such as limiting deforestation, too.

Forests are nature’s greatest stabilizers. They can neutralize the effects of massive carbon emissions from vehicles, factories, homes and other sources. And that is before you enlist all their other benefits of expanding forests. A recent study found that the US, by meeting their reduced net carbon emissions objective by 2030, can increase forest carbon sequestration comparative to emissions of over 20 million cars every year. However, rampant deforestation can create an imbalance in nature and derail such plans. In 2019, a study found that a football field-equivalent of primary rainforests were lost every six seconds around the globe. Using AI for sustainability-related work, such as reducing deforestation, may seem like an otherworldly idea, but it is not. Here’s why: 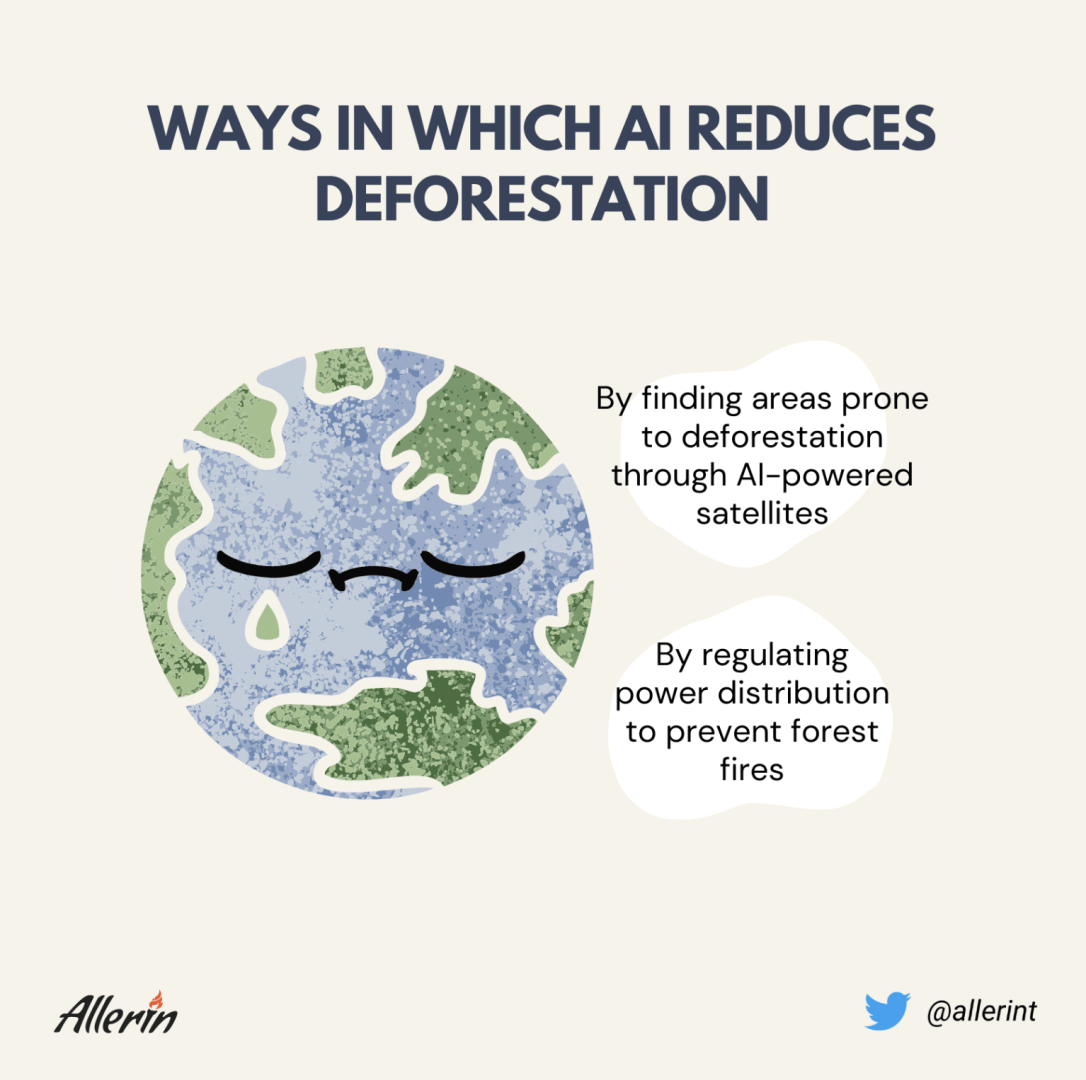 There are multiple ways in which deforestation is caused—illegal mining, the creation of roads and housing sectors in forest lands, floods, forest fires and many more. If data and patterns are analyzed, many of these can be forecasted and mitigated. Machine learning algorithms and AI-based tools can study a host of parameters, such as immigration rates in certain zones, the number of factories near forests, the proximity of rivers near specific forests and other factors, before predicting scenarios that would lead to the loss of trees and forest areas. AI-based satellite tools can monitor forests aerially for this purpose.

This approach is also useful to detect instances of illegal mining anywhere in the world and prevent them. A somewhat similar application is the usage of AI for forecasting and reducing Amazon deforestation in Brazil.

Faulty power lines can cause short circuits that lead to major wildfires in forests. Such fires, and subsequent loss of forest life, can be avoided by efficient management of power in forests and regions near them. So, the answer to this problem is smart grids. Such grids employ machine learning algorithms to sense the power requirement of each zone and direct just the right amount of electricity along the channels leading up to it. Additionally, smart grids also involve preventive maintenance—machine learning algorithms can detect faults in wiring and software and suggest repairs in advance before things get worse. In this way, the downtime of smart grids is greatly minimized.

There are several other ways in which governments and local authorities can use AI for sustainability-related functions. Reducing deforestation is among the more significant applications regarding the same.