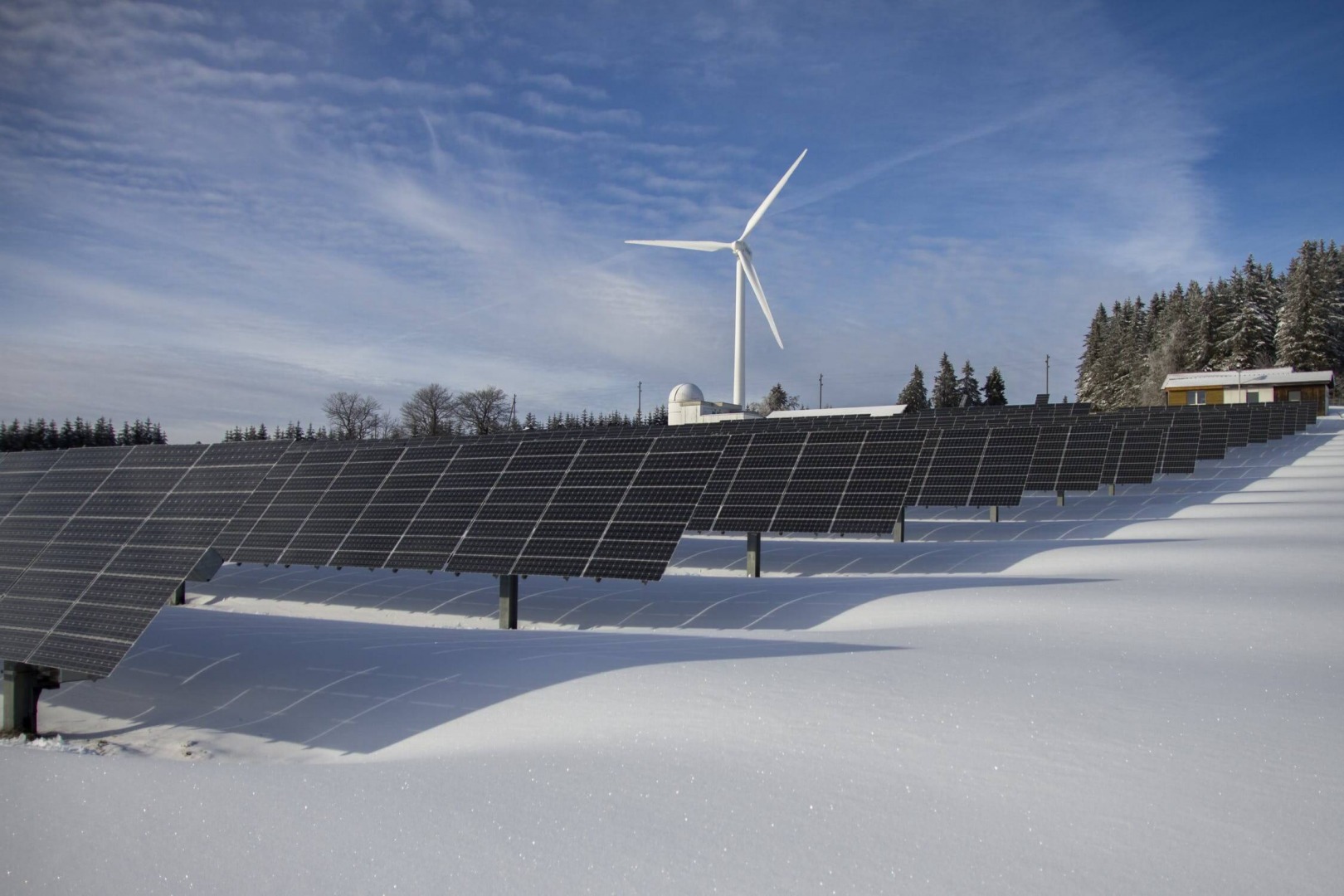 One possible clean energy agenda is “electrify everything,” with the idea being to focus on carbon-free methods of generating electricity.

However, a number of carbon-free methods, like solar and wind (and even hydro-power at some times and places), have the problem that the power generated can ebb and flow. (Nuclear and geothermal power are examples of carbon-free electricity that is not interruptible.) Are there reliable ways of storing sufficient electricity for those times–which can easily be days and might even be weeks– when the sun doesn’t shine and the wind doesn’t blow? The energy storage question may well determine the workability of the “electrify everything” agenda.

One obvious answer is to store electricity in rechargeable lithium-ion batteries, but doing this at sufficient scale will require dramatic improvements in the price and capacity of batteries. Micah S. Ziegler a and Jessika E. Trancik discuss technological progress in this area in “Re-examining rates of lithium-ion battery technology improvement and cost decline” (Energy and Environmental Science, 2001, issue 4, pp. 1635-1651). They write:

Energy storage technologies have the potential to enable greenhouse gas emissions reductions via electrification of transportation systems and integration of intermittent renewable energy resources into the electricity grid. Lithium-ion technologies offer one possible option, but their costs remain high relative to cost-competitiveness targets, which could hinder these technologies’ broader adoption … However, their deployment is still relatively limited, and their broader adoption will depend on their potential for cost reduction and performance improvement. Understanding this potential can inform critical climate change mitigation strategies, including public policies and technology development efforts. … Here we systematically collect, harmonize, and combine various data series of price, market size, research and development, and performance of lithium-ion technologies. We then develop representative series for these measures, while separating cylindrical cells from all types of cells. For both, we find that the real price of lithium-ion cells, scaled by their energy capacity, has declined by about 97% since their commercial introduction in 1991. We estimate that between 1992 and 2016, real price per energy capacity declined 13% per year for both all types of cells and cylindrical cells, and upon a doubling of cumulative market size, decreased 20% for all types of cells and 24% for cylindrical cells.

For me, several lessons emerge from their essay: 1) Technological progress in rechargeable lithium-ion batteries has been larger than I realized; 2) It’s not nearly enough, as yet, to make heavily reliance on solar and wind energy possible; and 3) We all need to start divide up our thinking about batteries, in the sense that the batteries that power portable electronics may look quite a bit different from, say, batteries installed to store energy for homes, neighborhoods, or factories.

For example, in California there is an enormous lithium-ion battery facility mostly completed, which “will be able to discharge enough electricity to power roughly 300,000 California homes for four hours.” Another facility is planning to use a group of Tesla batteries so that there will be enough electricity storage to power all homes in San Francisco for six hours. Similar facilities are under consideration or actually being built around the world. These kinds of facilities can serve a useful purpose in avoiding electricity outages, and dealing with situations where power demand spikes above supply for a few hours. They can replace the need for backup generating capacity that would otherwise be called on in these situations. But if you want to rely heavily on wind and solar power, and to be very sure that the power won’t go off for an extended time, these sorts of industrial-sized battery facilities are only a start.

However, another issue with batteries is that manufacturing them requires a surge of mining and extensive use of minerals, and then recycling or disposing of the giant industrial-size batteries requires additional efforts. Thus, the debate over storing energy in batteries often drifts into a related debate about other forms of storing electricity.

For example, one approach is pumped-hydropower storage. The basic idea here is to use carbon-free energy to pump water from a lower river or lake so that it is up behind a dam–where it can then run down and generate electricity. There are now 43 of these projects in the US. The International Hydropower Association writes: “Pumped storage hydropower is the world’s largest battery technology, accounting for over 94 per cent of installed energy storage capacity, well ahead of lithium-ion and other battery types.”

What about if you aren’t near hydropower? In that case, I’m reading a little more these days about “gravity-based batteries.” The idea here is that if you can store energy by using carbon-free electricity to pump water up above the dam, so that it will run a turbine when gravity pulls the water back down, why not use the carbon-free electricity to lift up a heavy weight, and then let the weight drive a turbine as it comes back down? The gravity-battery technology is quite immature. But for the sake of argument, imagine the possibility of using an abandoned mineshaft that runs straight down for a few kilometers, and retrofitting the mine as a gravity battery.

Cathleen O’Grady offers an overview of gravity batteries in “Gravity-based batteries try to beat their chemical cousins with winches, weights, and mine shafts” (Science, April 22, 2021). I have no clear idea if gravity batteries will at the end of the day store a meaningful amount of power. But some of the early studies suggest that it could be cost-competitive with industrial-battery technology. Moreover, hoisting up and lowering big weights is a much cleaner environmental proposition than manufacturing and disposal of batteries.

For the sake of completeness, I should add a mention of hydrogen fuel here. If the hydrogen is generated by a non-carbon technology, then it offers yet another way of storing energy for later use. I’ve written about possibilities and issues with hydrogen power before, and won’t repeat it here. But it’s perhaps worth saying that while there’s been a lot of talk about hydrogen fuel cells as a source of energy for vehicles, my sense is that the current technology may be better-suited for applications that provide heating, cooling, and electricity for homes and buildings.