Could Crypto’s Recovery Come from a Crash in China’s Yuan?

Could Crypto’s Recovery Come from a Crash in China’s Yuan? 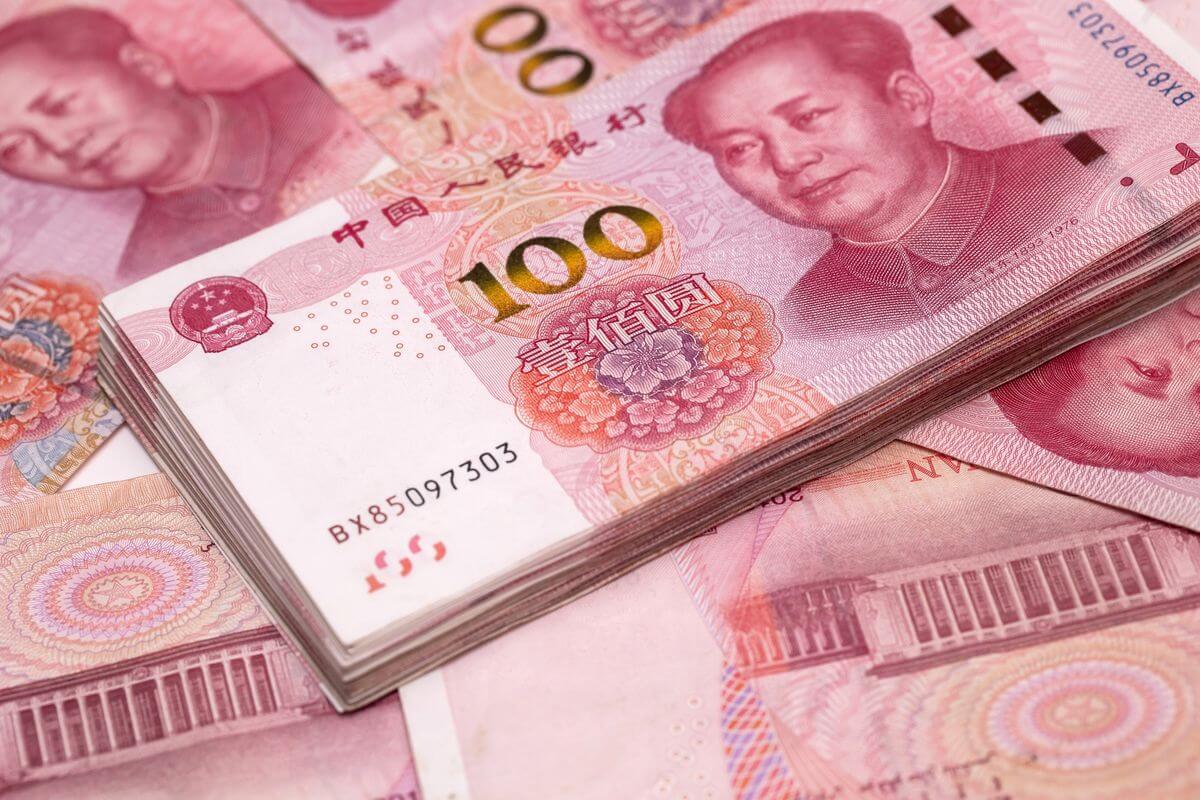 Decades of decay look set to culminate in the probable devaluation of the Chinese yuan.

Just as ordinary Chinese were quick to circumvent strict capital controls with cryptocurrencies, they may do so again to combat a rapidly devaluing yuan.

Since China’s accession into the World Trade Organization, there has been constant pressure on the Chinese currency, the renminbi, otherwise known as the yuan, to appreciate.

And that would make sense.

As a country’s economy grows and becomes more powerful, and the rest of the world demands its goods and services, it would make sense that the currency of that country should rise in value relative to others.

But Beijing has done a remarkable job of keeping the lid on the rise of the yuan, and not without reason.

By keeping the yuan cheap, Chinese wares have filled shelves from Sydney to Santiago, Boston to Berlin and everywhere in between, fueling China’s industrialization and ascent to become the world’s second largest economy.

But peel back the veneer of a currency that appears to have every reason to rise relentlessly and the picture is no longer so sanguine.

A Yuan for More Dollars

A once booming housing market that has lifted an entire generation out of poverty is faltering, and measures to shore it up appear half-hearted and poorly thought out.

The Chinese economy continues to struggle with periodic zero-Covid lockdowns.

And the People’s Bank of China, the central bank, has been cutting interest rates even as other central banks increase borrowing costs, providing an added incentive for Chinese to spirit their wealth offshore.

Combined, these forces have “conspired” to push the Chinese yuan down by over 8% against the greenback this year alone, on course for its biggest annual drop since 1994.

For years, bearish investors have been warning that China’s banks have lent out far too much money, to fund far too many wasteful projects, especially unnecessary real estate and infrastructure.

Although some have predicted that years of profligate lending will lead to a an explosion of so many bad loans that Beijing will have no choice but to print money to bail out banks, leading to a devaluation of the currency, it hasn’t happened yet.

Because China’s housing market can no longer be used as an ATM, banks, shadow or otherwise, will soon be inundated by an avalanche of non-performing loans.

The faltering housing market could have been bolstered by China’s substantial manufacturing complex if not for the fact that Beijing’s Orwellian zero-Covid lockdowns are putting the kibosh on a lynchpin of the economy, with China on track for one of its slowest growth periods in modern history.

In the second quarter of this year, China’s economy shrank by 2.6%, against the previous quarter, its first contraction since early 2020, when the pandemic first hit.

One of These Banks is Doing its Own Thing

At a time when central banks are tightening, the People’s Bank of China (PBoC) is doing its own thing, the PBoC is not quite the same, easing monetary policy and removing the shine off the yuan.

Beijing’s reluctance to condemn Russia’s invasion of Ukraine and Chinese President Xi Jinping’s cozy relationship with Russian President Vladimir Putin hasn’t helped either, with investors having an increasingly wide and justifiable list of reasons to pull money from China.

China’s embattled bond markets have already seen record amounts of foreign investment outflow this year, as have its stock markets.

And its not just foreign investors who have been leaving, well-heeled and entrepreneurial Chinese have as well, taking their wealth with them and just like in 2015, cryptocurrencies are one conduit to spirit their riches out of the Middle Kingdom.

To be sure, cryptocurrencies are merely a means to an end for most Chinese who are looking to evade strict capital controls, and ultimately once the wealth has arrived at its intended destination, they will be looking to swap those digital assets to dollarized ones.

But such a view also overlooks the fact that the more Chinese who put their trust in cryptocurrencies to move money globally, the more will be open to doing so between each other as well.

As more financial institutions globally accept cryptocurrencies, whether for loans, or as an investment product, the legions of well-heeled Chinese who have spirited their wealth out of China may reconsider converting their crypto to cash right out the gate, given the growing options available with which to deploy such assets.

And as geopolitical tensions between the U.S. and China rise, and the freezing of Russian assets in the dollarized global financial system still fresh in the minds of Chinese contending with a rapidly devaluing yuan, cryptocurrencies may yet receive an unexpected boost from the macroeconomic challenges facing the global economy.

But it’s not just capital flight that may motivate the Chinese to take up cryptocurrencies against a rapidly sliding yuan, it’s the potential collapse of confidence in an asset class that most Chinese have only known to go up — real estate.

For the Chinese, real estate is not just one out of a plethora of assets, it is the asset that forms the bulk of familial and generational wealth.

Chinese families often combine money between individual family units, children with parents, siblings with each other, scrimping and saving to make the down payment on their prized new homes in the hope of providing wealth for future generations and for a brighter future.

And since the reforms of the Deng era, when the Communist Party recognized property rights, such bets on real estate have paid off in spades.

Fortunes have been minted and those who could afford real estate quickly became rich beyond the dreams of avarice.

Billionaires built their fortunes atop concrete, steel and glass and Chinese families eager for a better life saw real estate as a one-way road to riches.

But hundreds of millions of Chinese homeowners may be in for a rude shock when they find out that the asset class they had bet the farm on, doesn’t always go up.

Typically, real estate ought to be a useful hedge against a rapidly devaluing currency, except that right now, China has far too much of it.

Decades of overbuilding have given rise to China’s infamous “ghost cities” and excess spending on infrastructure means that China is plagued with cities, airports and ports that are heavily under utilized, not to mention apartments buildings that remain empty.

China’s younger generation, who haven’t been able to get a leg-up on the property ladder, because of sky-high prices, won’t necessarily be eager to spend their rapidly devaluing yuan on mortgages even if Beijing can continue to maintain a loose monetary policy and low interest rates.

Bearing in mind that the Chinese have yet to experience the bursting of a real estate bubble, if and when it happens (because trees do not grow to the sky), the possible flight to other assets could involve cryptocurrencies in some way as well.