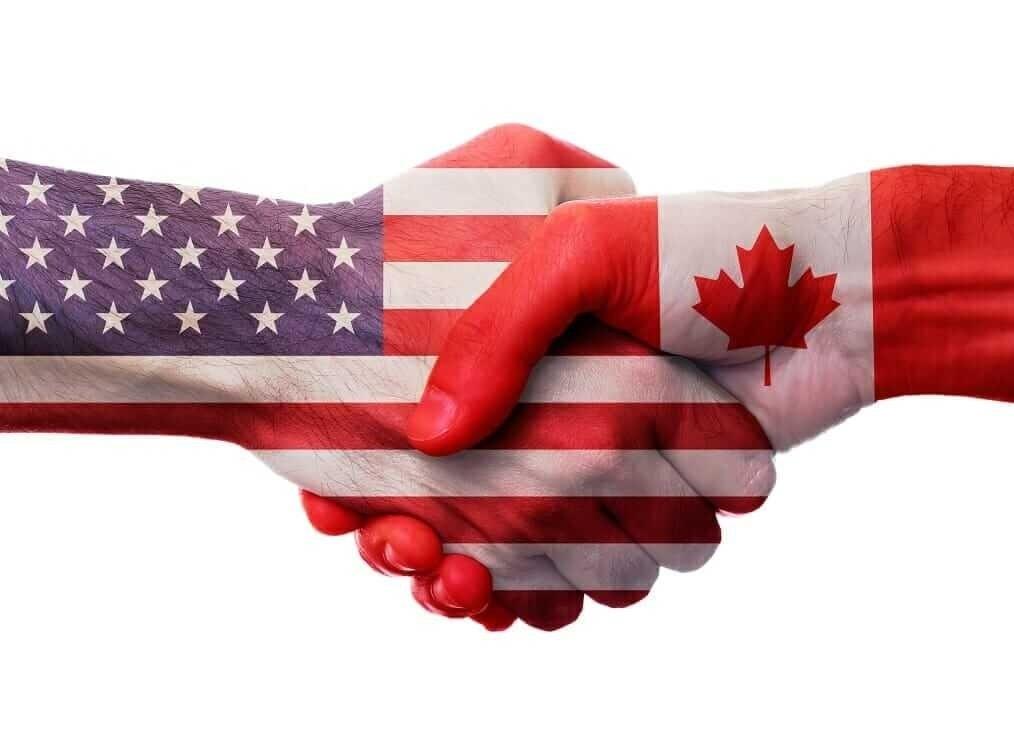 There was a time, not so very long ago, when discussions of international trade focused on global talks held through the World Trade Organization.

But the so-called “Doha round” of global trade that started back in 2001 seemed almost dead even a decade ago, and it hasn’t jolted back into life since then.

James McBride, Andrew Chatzky, and Anshu Siriparapu recently updated their “Backgrounder” article for the Council of Foreign Relations on “What’s Next for the WTO?” (June 14, 2021). As they point out, the main multilateral success for WTO in the last decade was a Trade Facilitation Agreement back in 2015 to speed up and coordinate customs for imported products. They also point out that the WTO has shifted from worldwide “multilateral” agreements to “plurilateral” agreements among smaller groups of interested countries focused on a specific set of products. For example, 14 countries pursued an Environmental Goods Agreement about liberalizing trade in products like wind turbines and solar panels and 19 countries are signed on to a Government Procurement Agreement which tries to assure that governments will consider buying imported products when that would benefit taxpayers, rather than just funneling their purchasing power to domestic producers.

The broader shift is that international trade agreements used to be focused on reducing explicit barriers to trade, like tariffs and import quotas. The new wave of regional trade agreements is focused on agreements about assuring common regulations and standards throughout an industry, which can then facilitate global supply chains. These kinds of rules go far deeper than just reducing tariffs and import quotas. For example, imagine the set of health and safe rules that applies if ingredients for a pharmaceutical product are going to be made in different countries and traded across borders, or the set of regulations that applies if insurance or banking services are going to be internationally traded.

These “deep trade agreements” seem both necessary for trade in a modern global economy, and also necessarily more controversial. They are increasingly necessary because world trade is less and less about basic commodities like oil or timber, or basic goods like clothing, and more and more about complex goods and services. But of course, the more a country agrees to detailed agreements for trade, or demands such detailed agreements as a condition for trade, the greater the likelihood that the agreed-upon rules will not actually be about advancing trade, but instead will be about domestic firms and various special interests trying to piggyback their own agendas on to the trade agreement. Or to put it more simply: The analysis of changing tariffs or import quotas is fairly straightforward; the analysis of hundreds of pages of detailed regulations governing trade is messy.

In a recent e-book, Ana Margarida Fernandes, Nadia Rocha, and Michele Ruta have have edited an e-book of essays on these topics titled The Economics of Deep Trade Agreements (CEPR Press, June 2021). Many of the essays provide readable overviews of the key findings of recent research, and I’ll provide a full Table of Contents for the book below. But as example, here are a couple of thoughts from the essay “Lobbying on Deep Trade Agreements: How Large Firms Buy Favourable Provisions,” by Michael Blanga-Gubbay Paola Conconi, In Song Kim, and Mathieu Parenti.

The authors point to the sharp rise in the number of regional and bilateral trade agreements in the last 25 years: 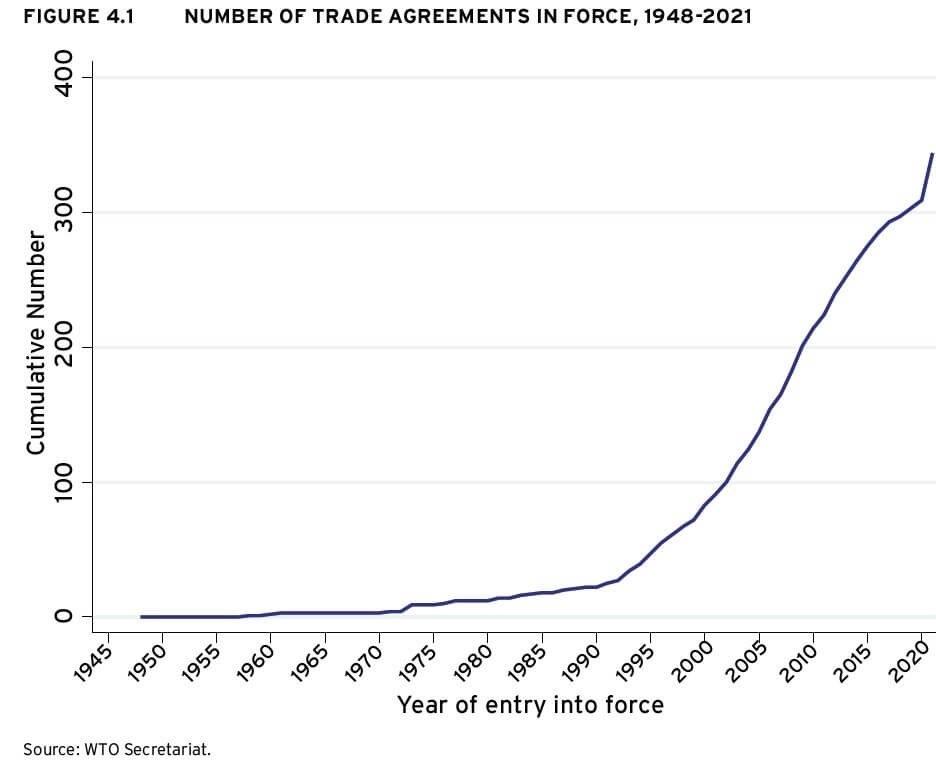 The authors point to a recent data set that contains detailed information on the provisions of current trade agreements in 17 areas. As they write:

In addition, several of the essays point out, the question of how (or whether) the rules will be enforced is of key significance: Domestic courts in the exporting or importing country? Arbitrators? International tribunals? The authors also refer to an essay by Dani Rodrik in the Spring 2018 issue of the Journal of Economic Perspectives (where I work as Managing Editor).

To illustrate the increase in depth of trade agreements, Rodrik (2018) compares US trade agreements with two small nations, Israel and Singapore, signed two decades apart. The US-Israel agreement, which went into force in 1985, is less than 8,000 words in length and contains 22 articles and three annexes, mostly devoted to trade issues such as tariffs, agricultural restrictions, import licensing, and rules of origin. By contrast, the US-Singapore agreement, which went into force in 2004, is nearly ten times as long, taking up 70,000 words and containing 20 chapters, more than a dozen annexes, and multiple side letters. Of its 20 chapters, seven cover conventional trade topics, while the others deal with behind-the-border topics. For example, provisions on intellectual property rights take up a third of a page (and 81 words) in the US-Israel agreement; they occupy 23 pages (and 8,737 words) plus two side letters in the US-Singapore agreement.

Here’s the full Table of Contents for the book:

Protectionism at the border and beyond
7 “The impact of preferential trade agreements on the duration of antidumping protection,” by Thomas J. Prusa, and Min Zhu
8 “Trade facilitation provisions in deep trade agreements: Impact on Peru’s exporters,” by Woori Lee, Nadia Rocha, and Michele Ruta
9 “Heterogeneous impacts of sanitary and phyto-sanitary and technical barriers to trade regulations: Firm-level evidence from deep trade agreements,” by Ana Margarida Fernandes,Kevin Lefebvre, and Nadia Rocha