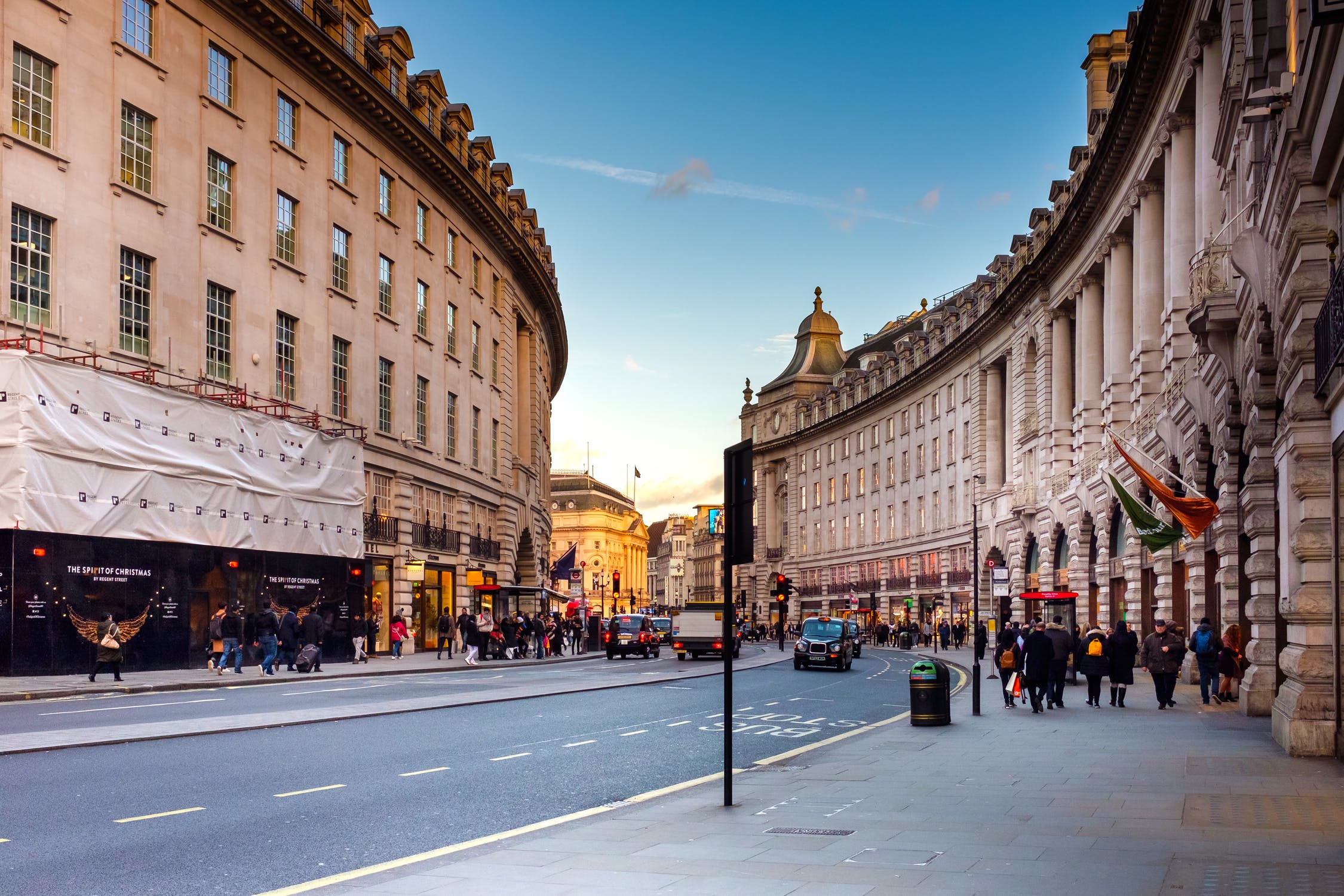 Consider a company that has been earning profits, and wants to pay or all of those earnings to its shareholders.

There are two practical mechanisms for doing so. Traditionally, the best-known approach was for the firm to pay a dividend to shareholders. But in the last few decades, many US firms instead have used stock buybacks. How substantial has this shift been, and what concerns does it raise?

Here, I'll draw upon a couple of recent discussions of stock buybacks. Siro Aramonte writes about "Mind the buybacks, beware of the leverage," in the BIS Quarterly Review (September 2020, pp. 49-59). Kathleen Kahle and René M. Stulz tackle the topic from a different angle in "Why are Corporate Payouts So High in the 2000s? (NBER Working Paper 26958, April 2020, subscription required).

Kahle and Stulz present the evidence both that overall corporate payouts to shareholders are up in the 21st century, and that stock buybacks are the primary vehicle by which this has happened. They calculate that total payouts from corporations to shareholders from 2000-2017 (both dividends and share buybacks) were about $10 trillion. They find that corporate payouts to shareholders have risen substantially post-2000, and that stock buybacks are the main vehicle through which this has happened. They write:

In the 2000s, annual aggregate real payouts average roughly three times their pre-2000 level. ... Specifically, in the aggregate, higher earnings explain 38% of the increase in real constant dollar payouts and higher payout rates account for 62% of the increase. ...

The tax code offers obvious reasons for share buybacks, rather than dividends, as economists were already discussing back in the 1980s. Dividends are subject to the personal income tax, and thus taxed at the progressive rates of the income tax. However, the gains of an investor who sells stock back to the company are taxed at the lower rate for capital gains. In addition, when a company pays a dividend, all shareholders receive it, but when a company announced a share buyback, not all shareholders need to participate, if they do not wish to do so. Thus, share buybacks offer investors more flexibility about when and in what form they wish to receive a payout from the firm.

In addition, economists have also recognized for some decades that corporations will sometimes find themselves in a position of "free cash flow," where the company has enough money that it can make choices about whether it can find productive internal investments for the funds, or whether it will fiud a way to pay out the money to shareholders, or whether it will use the money to pay bonuses and perquisites to managers. If we agree that lavishing additional benefits on managers is not a socially attractive choice, and if the firm honestly doesn't see  how to use the money productively for internal investments, then paying the funds out to shareholders seems the best choice.

The public response to firms that pay dividends is often rather different than when a firm does a share buyback--even when the same payout is flowing from the firm to its shareholders. The concern sometimes expressed is that corporate managers have an unspoken additional agenda with stock buybacks, which is to pump up the price of the company's stock--and in that way to increase the stock-based performance bonus for the managers.

Sirio Aramonte also documents the substantial rise in stock buybacks in recent decades. He points out that a primary cause for stock buybacks is for firms to increase their leverage--that is, to increase the proportion of their financing that happens through debt. He writes: "Corporate stock buybacks have roughly tripled in the last decade, often to attain desired leverage, or debt as a share of assets." This pattern especially holds true if the firm finances the stock buyback with borrowed money, rather than out of previously earned profits. He writes:

In 2019, US firms repurchased own shares worth $800 billion (Graph 1, first panel; all figures are in 2019 US dollars). Net of equity issuance, the 2019 tally reached $600 billion. Net buybacks can turn negative, and they did during the GFC [global financial crisis of 2007-9], as firms issued equity to shore up their balance sheets. ... Underscoring the structural differences between dividends and buybacks, the former were remarkably smooth, while the latter proved procyclical and co-moved with equity valuations ... 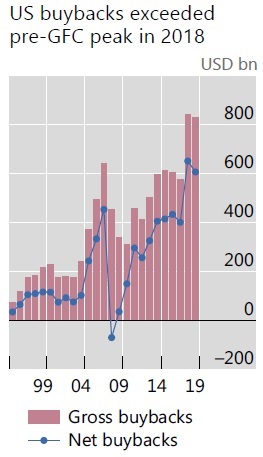 In a number of cases, repurchases improve a firm’s market value. For instance, if managers perceive equity as undervalued, they can credibly signal their assessment to investors through buybacks. In addition, using repurchases to disburse funds when capital gains are taxed less than dividends increases net distributions, all else equal. Furthermore, by substituting equity with debt, firms can lower funding costs when debt risk premia are relatively low, especially in the presence of search for yield. And, by reducing funds that managers can invest at their discretion, repurchases lessen the risk of wasteful expenditures.

What about the concern that corporate managers are using share buybacks to pump up their stock-based bonuses? Aramonte's discussion suggests that this may have been an issue in the past--say, pre-2005--but that the rules have changed. Companies have been shifting away from bonuses based on short-term stock prices, and toward bonuses based on long-term stock value for executives who stay with the firm. There are increased regulations and disclosure rules to limit this practice. Also, if CEOs were using stock buybacks in a short-term pump-and-dump strategy, then the stock price should first jump after a buyback and then fall back to its earlier level--and we don't see this pattern in the data. Thus, this concern that managers are abusing stock buybacks seems overblown.

What about the linkages from stock buybacks to rising corporate debt? Aramonte provides some evidence, and also refers to the Kayle/Stulz study:

[B]uybacks were not the main cause of the post-GFC rise in corporate debt. After 2000, internally generated funds became more important in financing buybacks. For one, economic growth resulted in rising profitability. In addition, firms exhibited a higher propensity to distribute available income. Kahle and Stulz (2020) find that cumulative corporate payouts from 2000 to 2018 were higher than those from 1971 to 1999 and that two thirds of the increase was due to this higher propensity.

In short, the overall level of rising corporate debt in recent years is a legitimate cause for concern (as I've noted here, here, and here). Share buybacks are one of the tools that US firms have used to increase their leverage, but the real issue here is whether the higher levels of debt have made US firms shakier, not the use of share buybacks as part of that strategy. The pandemic recession is likely to provide a harsh test of whether firms with more debt are also more vulnerable. As Aramonte writes:

There is, however, clear evidence that companies make extensive use of share repurchases to meet leverage targets. The initial phase of the pandemic fallout in March 2020 put the spotlight on leverage: irrespective of past buyback activity, firms with high leverage saw considerably lower returns than their low-leverage peers. Thus, investors and policymakers should be mindful of buybacks as a leverage management tool, but they should particularly beware of leverage, as it ultimately matters for economic activity and financial stability.