The Dark Side of High Frequency Trading

The Dark Side of High Frequency Trading 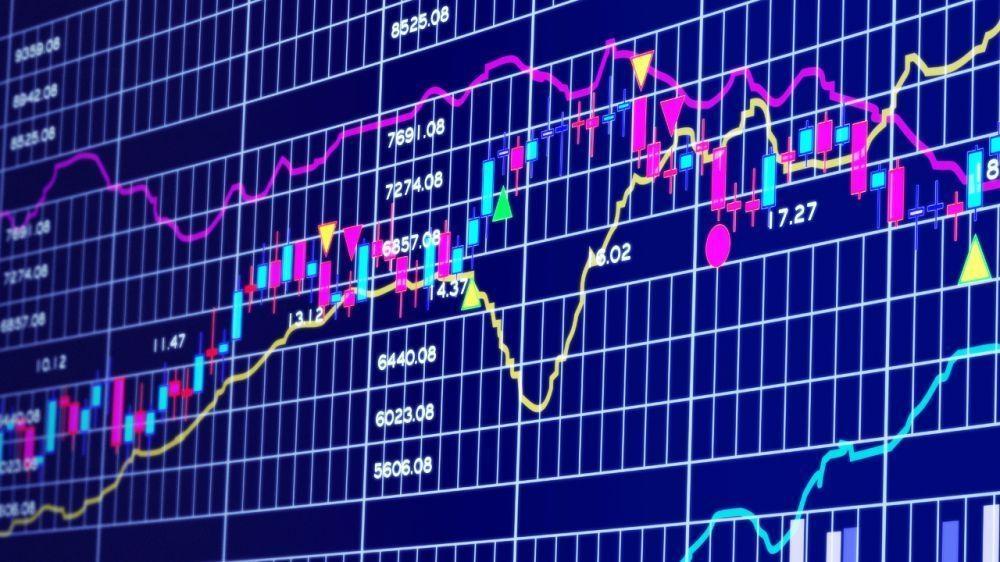 According to the Efficient Market Hypothesis (EMH) established by Fama in 1965, it is possible to make profits by trading on the market but it is impossible to make abnormal profits consistently without falsifying the hypothesis.

As a matter of principle, no trading strategy should be able to gain more profits than a naïve buy-and-hold strategy, at least in the long term.

However, in the last ten years, High-Frequency Trading has put the EMH under severe questioning. Over the past decade, technological progress in trading systems has changed the trading landscape forever. The significant growth of algorithmic trading and the introduction of new high-speed trading platforms are challenging more market operators including investors and regulators.

HFT firms use computers to buy and sell stocks, bonds or other financial assets in fractions of a second. The once-lucrative business is now fighting unfavourable market conditions, brutal competition and rising costs. High Frequency Trading (HFT) has followed the trajectory of any technological innovation in a highly competitive environment. In very volatile trading environments like in 2009, it was just easier to find trading opportunities. Now, traders have to work harder to find the trades. At its inception, it was a dramatically innovative way of performing longstanding functions undertaken by intermediaries in financial markets: market making and arbitrage.

However, High Frequency Trading did so much more efficiently than incumbents did, and so rapidly it displaced the old-style intermediaries. During this transitional period, the first-movers earned supernormal profits because of cost and speed advantages over the old school intermediaries. High Frequency trading market share expanded dramatically, and the profits attracted expansion in the capital and capacity of the first-movers, and the entry of new firms. And as day follows night, this entry of new High Frequency Trading capacity and the intensification of competition dissipated these profits. This is basic economics in action.

Thanks to super-fast computers, rich elite traders are making millions of dollars and bonuses in the stock market by conducting trades in milliseconds. The HFT industry – a collection of stock exchanges, hedge funds, banks and others that has actually been around for six years – collects billions of dollars in profits: The kind of money you just cannot earn unless you elbow someone else out of the way. Until recently, numerous studies conducted by prestigious universities such as Harvard have discovered that HFT affects stock prices and increases fees for long term investors. Even some investors have a nickname for it – "Insider Trading 2.0" – and now they are starting to realise, once again, just how much the decks are stacked against them. 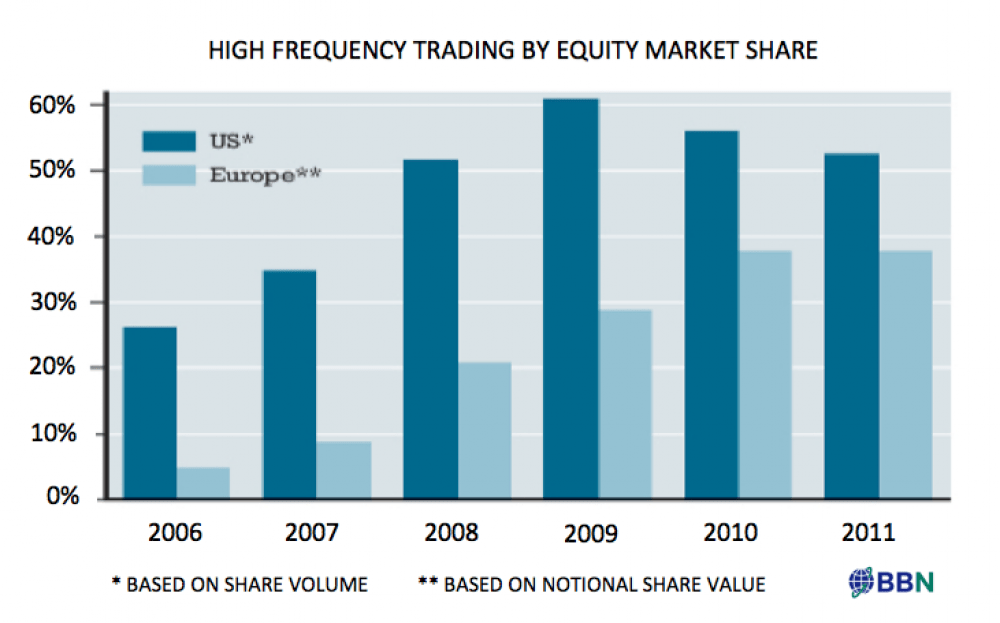 High frequency trading's transactions are supposed to be buying when the price is below trend and selling when the price is above trend. Such arbitrage mechanism should also, in principle, make sure price fluctuations are reduced. It is also believed that they contribute to the narrowing of spreads. In fact, the activity produced by the algorithms is such that the prices of securities is updated more frequently and accurately. However, the improvement in market efficiency is very debatable. Indeed, some traders have the advantage to instantaneously process and incorporate new information into prices before other market participants.

When news reach the market, they sometimes have unclear consequences but at some other times consequences are crystal clear. Iraq's invasion of Kuwait back in 1990 was unanimously interpreted by the oil markets as bad news - and prices raised accordingly. With automatic news feed interpretation, those who enjoy highest speed can exploit some unambiguous news to their own advantage. 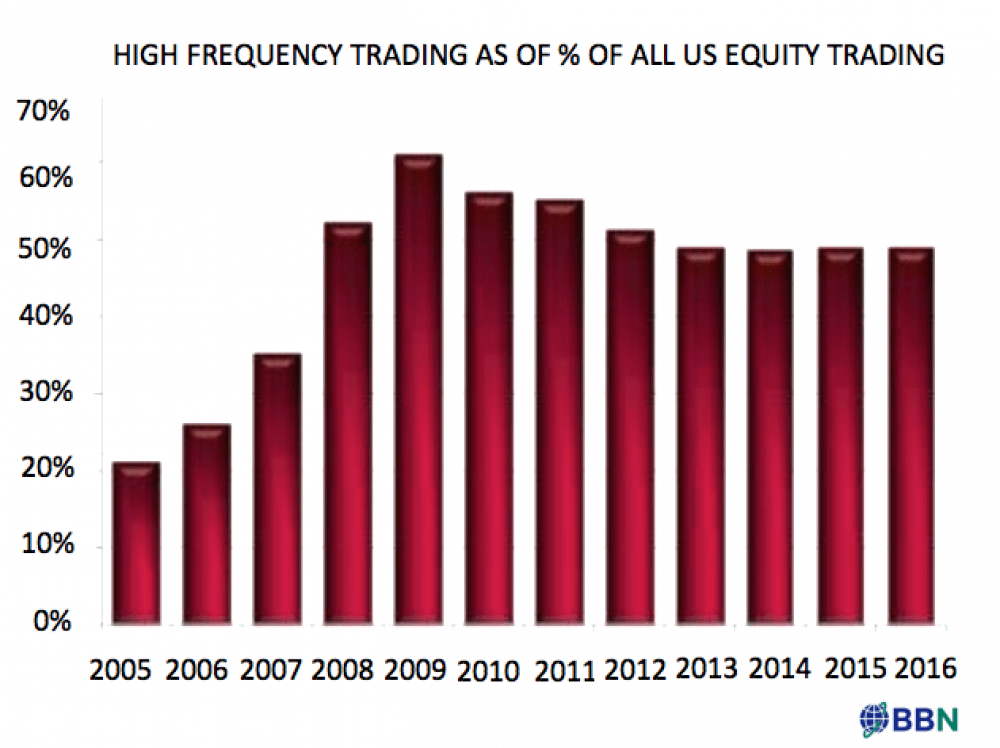 According to the classic Efficient Market Hypothesis, markets would instantaneously discount newly arrived information where the focus here is on the word "instantaneously", which may carry different quantitative meaning for different market participants. The casual trader may become aware of the information during the evening news television programme, whereas a professional trader may know it via its Bloomberg screen, and a HF trader equipped with automatic news feed interpretation may, by then, have already closed all its tradings. This is undeniably an arbitrage opportunity.

As criticism focuses on the hard-to-monitor world of automated trading, questions remain—what is harmful trading and who is doing it? High-frequency traders defend their work as not only legal, but helpful in keeping markets liquid. And even if we were to decide the trading is harmful, is there any way to get the horse back in the barn? The traders of most concern to regulators are the ones trying to game the complexity of the market itself for competitive advantage. Their success has been rooted in gaining the fastest conceivable connections to various markets and doing the best job of parsing vast amounts of trade data. Some of the biggest high-frequency traders in the U.S. markets are not currently subject to the U.S.

Commodity Futures Trading Commission (CFTC) oversight, which should make sure that they are following reasonable risk control. The CFTC, which oversees the futures market, has drafted a controversial proposal that would go further, extending its record-keeping requirements to the source code underlying automated trading systems. The rule, which has yet to be finalised, would require algorithmic traders to maintain repositories that would track changes to their code, which could then be made available to investigators in the event something went wrong in the markets. Industry critics are fighting this aspect of the rule, arguing that giving the U.S. government access to sensitive intellectual property—the secret sauce of high-frequency trading algorithms—is too big of a risk.