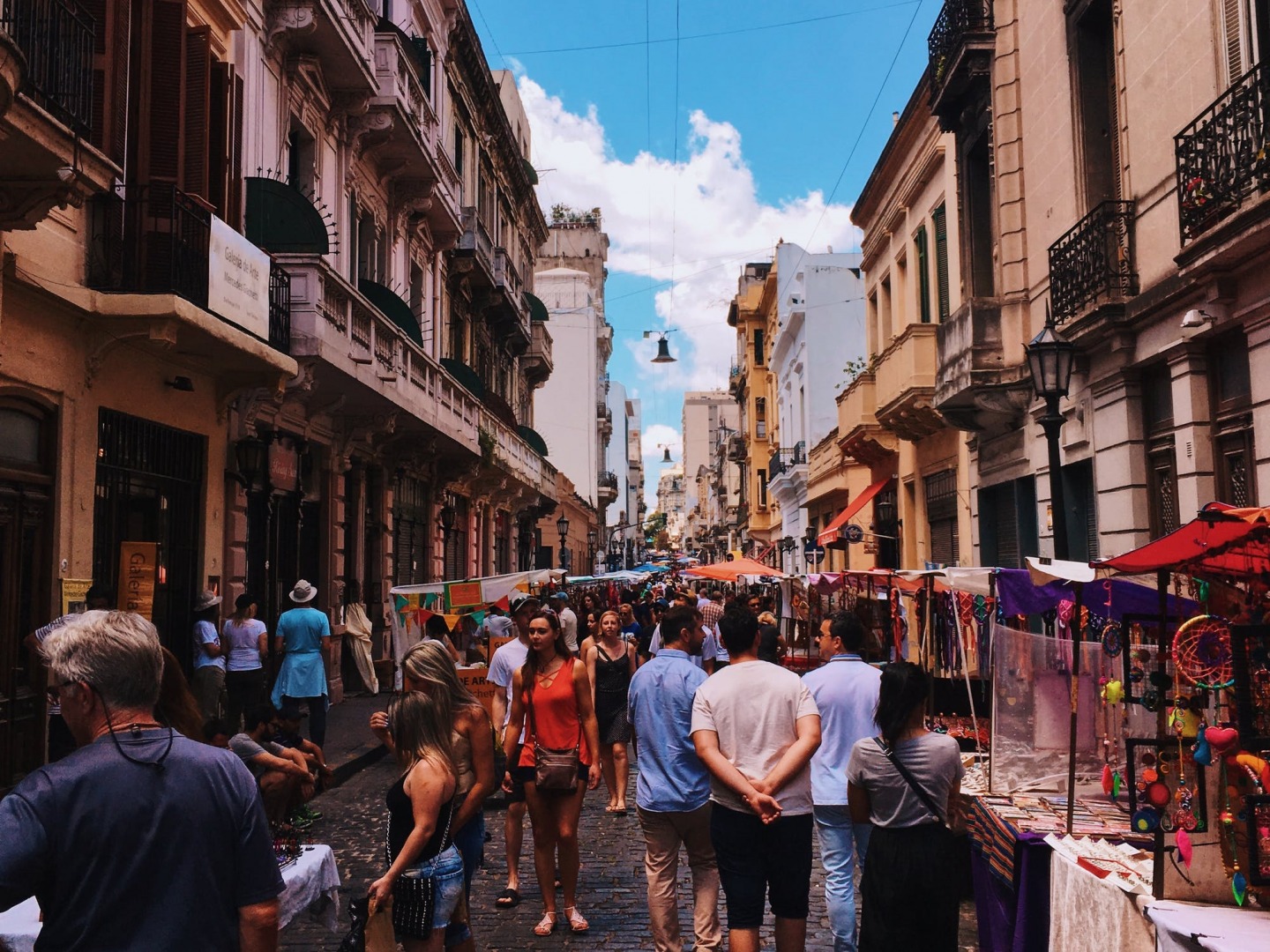 No government looking to massively expand its size in the economy and monetize a soaring deficit is going to act against rising prices, despite claiming the opposite.

One of the things that surprises citizens in Argentina or Turkey is that their populist governments always talk about the middle classes and helping the poor, yet inflation still soars, making everyone poorer. 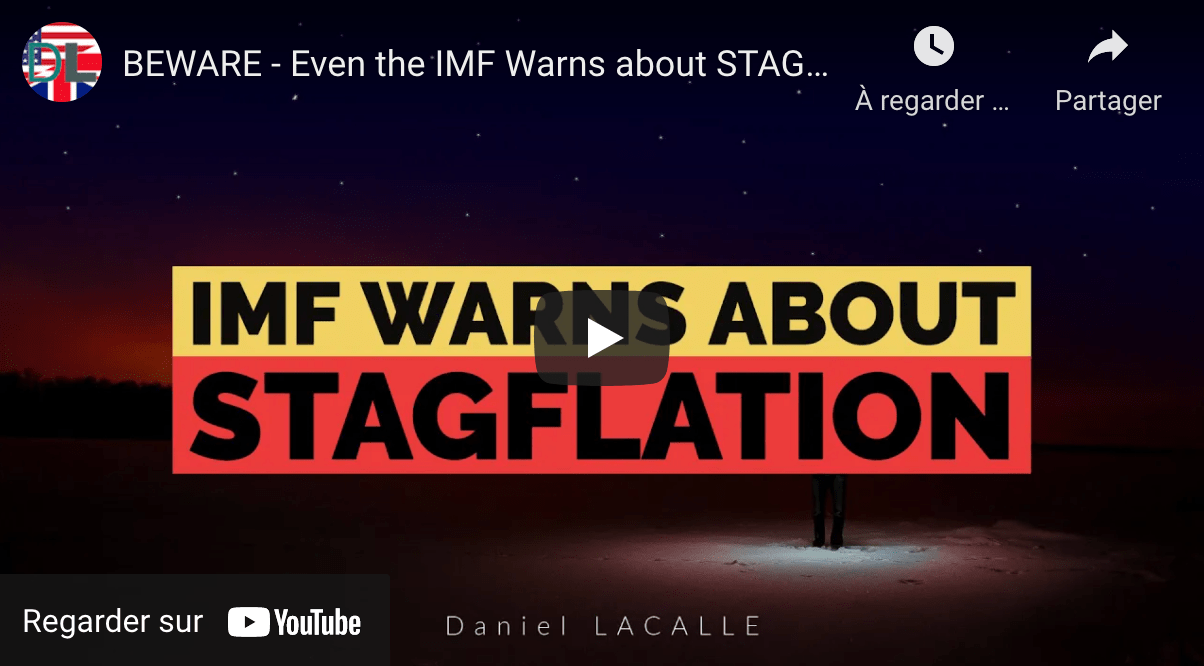 Inflation is the gradual erosion of the purchasing power of the currency. Governments will always use different excuses to justify inflation: Soaring demand, “supply chain disruptions” or evil corporations’ greed. However, most of the time these are excuses. Inflation is always a monetary phenomenon. Prices soar because money supply rises massively above real output and real money demand.

How can there be “shipping bottlenecks” driving a 100% rise in freight when the shipping industry was burdened by massive overcapacity in 2019? How can anyone say that natural gas and oil have soared due to supply chain disruptions when supply has perfectly followed demand? The reality is that some of those factors may explain a small proportion of the price rise, but the Global Food Index and Bloomberg Commodity Index are not at multi-year highs due to these problems.

What happened in 2020 was that massive money creation in the middle of an economic lockdown created monetary inflation in non-replicable and relatively scarce goods and services. Why did this not happen before?

Well, it did. Before, we saw a massive rise in asset prices. Inflation is created where the excess of money goes, be it soaring equity and high-yield bond markets or all-time high housing and private equity valuations. More money chasing the same number of goods. Furthermore, there was also massive inflation in essential goods and services. The prices of housing, healthcare and education rose significantly above the official CPI (consumer price index) print.

Why has it burst so aggressively now? First, massive money printing in the middle of a lockdown kept asset valuations elevated but also started to generate fund flows to scarce -so-called “value”- sectors. And what are “value sectors”? Those that suffered overcapacity and weakening demand growth in the past decade. So, more money flowed to oil, natural gas, even coal or aluminium where the industry was plagued by excess capacity in the decade of cheap money.

Inflation does not happen the next day you print money. It is a slow process of gradual erosion of the purchasing power of the currency that started years ago and culminated with the insane decision to implement monster demand-side policies (huge government spending and money printing) in the middle of a lockdown.

But why do governments ignore it? Why do they not act? Surely it is in their best interest to keep prices low and consumers -voters- happy. The answer is simple: Because governments are the biggest beneficiaries of inflation. They collect more receipts from indirect taxes and their soaring debt is slowly eroded by inflation.

Furthermore, governments never act against inflation because they benefit from it and, more importantly, can blame it on everyone except their policies. Even in Argentina, where inflation is higher than 50% and ten times higher than in neighbouring countries, citizens are slowly convinced that there must be other causes than money printing. Even when presented with the evidence of a central bank that raises money supply more than 120% in two years with diminishing demand, the press and politicians blame inflation on “multi-cause” effects. A joke.

Take the recent comments about soaring prices in the United States from the US administration.

White House Chief of Staff Ron Klain said that inflation was a “high-class problem” and, when confronted, Jen Psaki, press Secretary replied that people buying more things than ever before were the cause of inflation. However, in the latest figure, real consumer spending is down to 1% annualized in the United States, according to Capital Economics.

All are using the usual excuses. Blame businesses for higher prices (evil pork and chicken farmers, evil shippers and port managers), blame consumers (you buy too much too fast), and smile saying they really care and are working on it… Printing and spending more.

The rhetoric about “transitory” inflation remains, both at governments who are unwilling to reduce massive spending, and central banks, who are caught between a rock and a hard place as they have to monetize soaring deficits from highly indebted governments and at the same time defend their strategy of “price stability”. Between those two, guess what they have decided to opt for? Yes, keep printing and say some day it will pass.

The problem of the “transitory inflation” argument is that it is a fallacy when you look at accumulated inflation. If the consumer price index rise is 5% in 2021 and, say, 3% in 2022, they will say that inflation is down, but you and I have seen our real wages and savings eroded by more than 8.1%. Even worse, if inflation rises above 6% in 2021 and comes below 2% in 2022 you and I will have also lost more than 8.1% in purchasing power but central banks will say they have to print more to “combat deflation risks”.

Interventionist governments are unwilling to cut spending or reduce deficits substantially, so they will use the inflationary tax knowing that they can use the usual excuses: 1) Say there is no inflation if you eliminate the prices that rise 2) say it is transitory 3) blame businesses 4) blame consumers 5) present themselves as the solution with “price controls”.

Inflation is taxation without legislation, as Milton Friedman said. There is no such thing as “multi-cause” inflation. It is a lot more money going to the same number of goods. And the inflation tax is increasing the size of government in the economy both ways: Through massive deficit spending and eroding the purchasing power and savings of the private sector through currency debasement.

View all
How To Choose The Right AI Solutions For Your Business
Who Needs Leadership Presence? We All Do!
How Artificial Intelligence Can Help You Negotiate
Looking For A Reliable Lawyer? Here's Some Important Advice
How ‘Single-Threaded Leadership’ Will Turbo-Charge Your Business Growth
Interruptions Don't Have to Ruin Your Day
TchaoMegot: From Cigarette Butts to Jackets
6 Ways Households Can Be More Environmentally Friendly
Energy Crisis: UK Government Sets Aside £1.7bn to Help Energy Firm Bulb After Collapse
How To Charge Variable Parking Rates To Boost ROI From Smart Parking
Renewable Energy and Its Need for Minerals
Technology For a Better Planet - ICT is a Key Ingredient to Combat Climate Change
Banking: The Way It Was and The Way it Will Be
7 Effective Solutions For Keeping Your Hard-Earned Money Safe
How to Save Your Company Money: A Quick Guide
How to Handle Valuable and Delicate Items to Save Money?
ESG Is A Superfluous Virtue Signal
How To Measure The ROI Of AI In Accounting
China-US Trade: Some Patterns Since 1990
Some Economics of Place Effects
Forks: A Story of Technological Diffusion
An Economist Chews over Thanksgiving
Holding Down Costs of Megaprojects: The Madrid Subway Example
Sorting Men and Women by College Major and Occupation
Eric Zemmour Officially Announces His Candidacy For French Presidency
Caribbean Island Nation Barbados Becomes a Republic
Using AI to Predict Social Unrest and Geopolitical Events in a Volatile Region
OPEC Is Not The Only Solution To High Oil Prices
If Almost Every Government in the World is in Debt, Then How Does Debt Even Matter?
Joe Biden vs Donald Trump
The Contributions Of Computer Vision In Smart Hospitals
The Role Of Natural Language Processing In Modern Healthcare
Omicron: New Travel Rules Announced & Face Masks Are Now Compulsory In Shops
Improving Mental Health with VR and AR
COVID Now: Who, and What, Needs a “Boost”?
NASA Launches DART Probe To Divert an Asteroid From Earth
Understanding The Importance Of Non-Profit Organizations
7 Ways IoT is Changing Education
Manual Or Mechanical: 7 Tips For Optimal Injury Recovery
Why People Love Christmas Adverts: The Importance to Consumers
Buying Wholesale for Your Retail Business: All You Need To Know
6 Things You Will Need For Your Next Golf Game
Using AI with Explainable Deep Learning To Help Save Lives
Will The Rise of Facial Recognition Technology in Surveillance Signal the End of Privacy?
The Coming AI Singularity in 2050: How to Survive and Thrive in the Trans-Human Era
The Real Cost Of Bad Parking Infrastructure
Understanding How Data Monetization Works
Parag Agrawal is The New CEO of Twitter, Jack Dorsey Steps Down