Why It Might Be Too Early to Adopt Cryptocurrency Now

Why It Might Be Too Early to Adopt Cryptocurrency Now 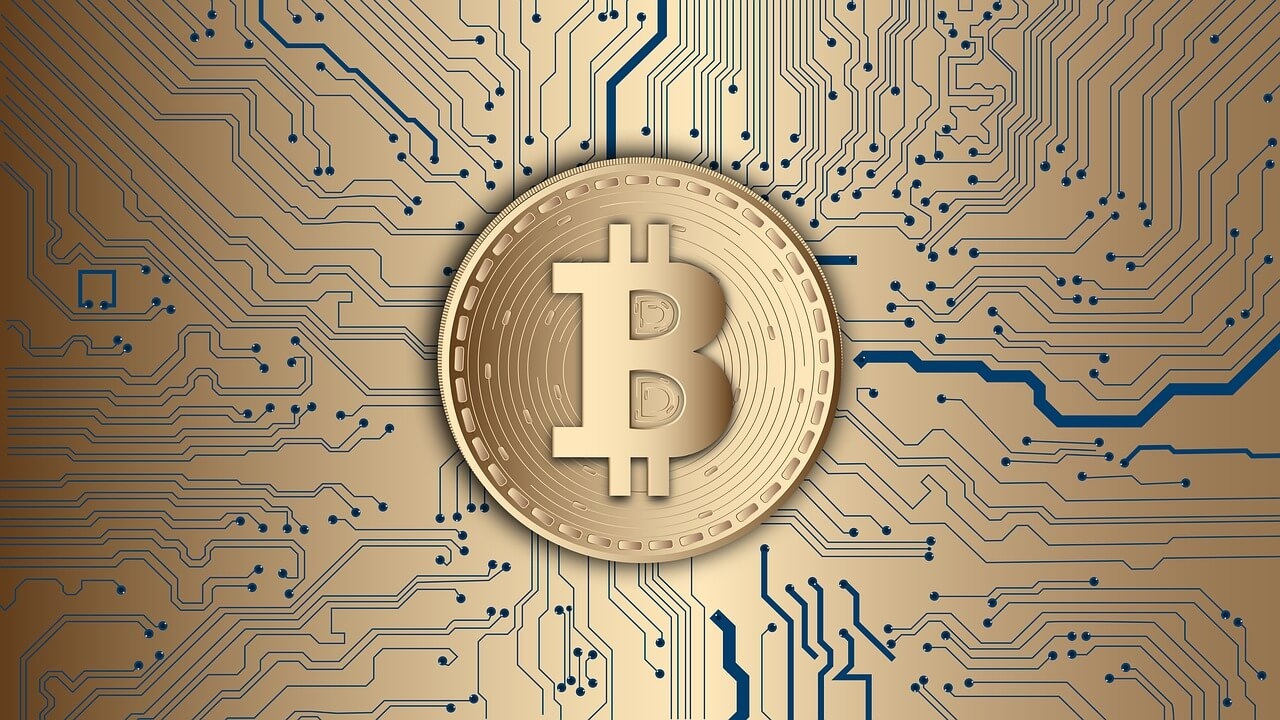 Although investing in cryptocurrencies has become a trend, there are several vulnerabilities that must be addressed.

This has raised a question in everyone’s mind - Is it too early to invest in cryptocurrencies?

Bitcoin already turned twelve on October 31st, 2020. The cryptocurrency has made headlines on multiple occasions that brought forth its unpredictable nature. Yet, the rise of Bitcoin has inspired the creation of thousands of other cryptocurrencies.

While every tech enthusiast and investor is interested in cryptocurrencies, they also continue to have mixed opinions about them. Amid the cryptocurrency scam epidemic, while David Yermack, professor at New York University’s Stern School of Business, said that cryptocurrencies are going to replace national currencies, Warren Buffett has criticized the vulnerabilities in cryptocurrency and their poor security protocols. So who is to be believed?

WHY CRYPTOCURRENCIES ARE VULNERABLE? 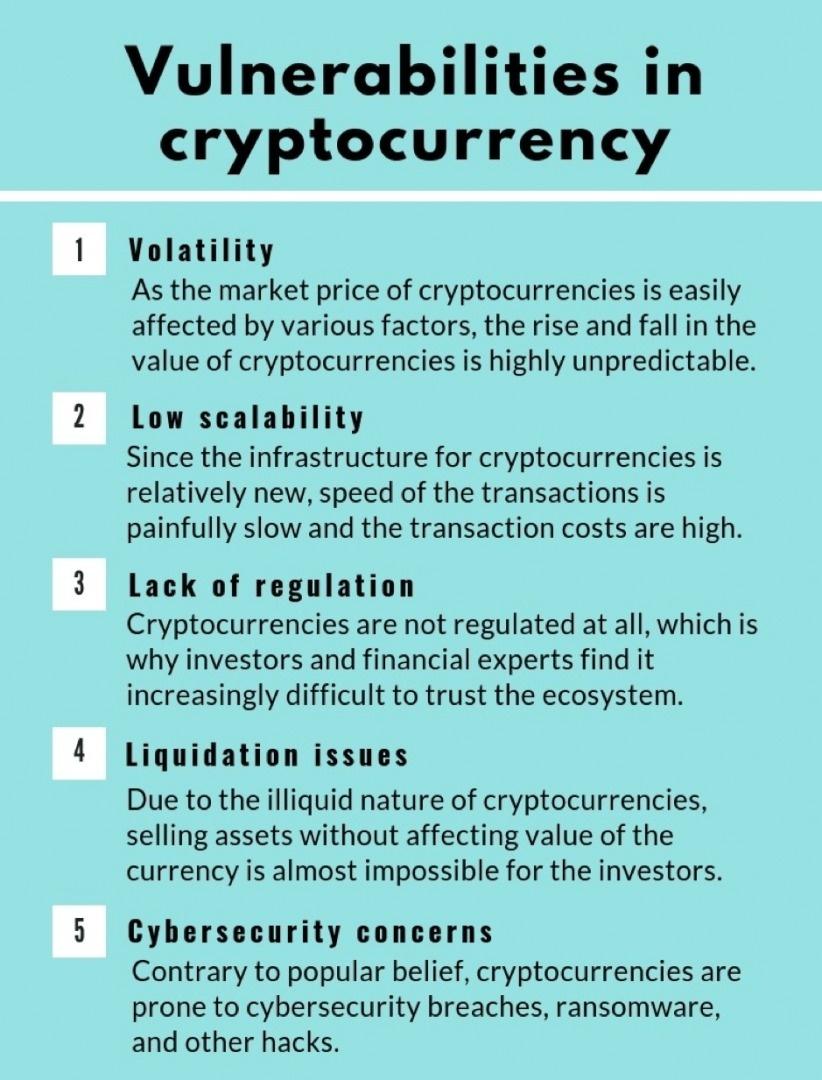 Scalability is one of the most debated topics when it comes to the vulnerabilities in cryptocurrency. At present, the infrastructure for cryptocurrencies is not quite mature. It is essential to understand the concept of scalability trilemma, to find the roots of the scalability problem.

While some countries are making regulations for safer and efficient use of cryptocurrencies, others have absolutely banned cryptocurrencies, whereas the remaining countries have no interest at all. Regulation would reduce the vulnerability in cryptocurrency and facilitate the growth of blockchain in mainstream applications.

Currently, every cryptocurrency in the market is illiquid. Hence, selling any assets without affecting the value of the currency is almost impossible for the investors. Investors can lose hundreds of dollars before they sell the currency.

Contrary to popular belief, cryptocurrencies are prone to cybersecurity breaches and hacks. For example, the Swiss blockchain company, Trade.io, has previously reported that crypto tokens worth almost $8 million have been stolen from their cold wallet. Similarly, multiple ICOs have faced issues with security breaches and hacking, which cost the investors hundreds of millions of dollars.

Another glaring issue in this regard comes from ransomware. Hackers are attacking various firms by encrypting their data and demanding a ransom in Bitcoin worth hundreds or thousands of dollars to decrypt the compromised data. In June 2017, Nayana, a South Korean web hosting organization had to pay around $1 million to decrypt the data of almost 3400 customers stored in 150 servers. 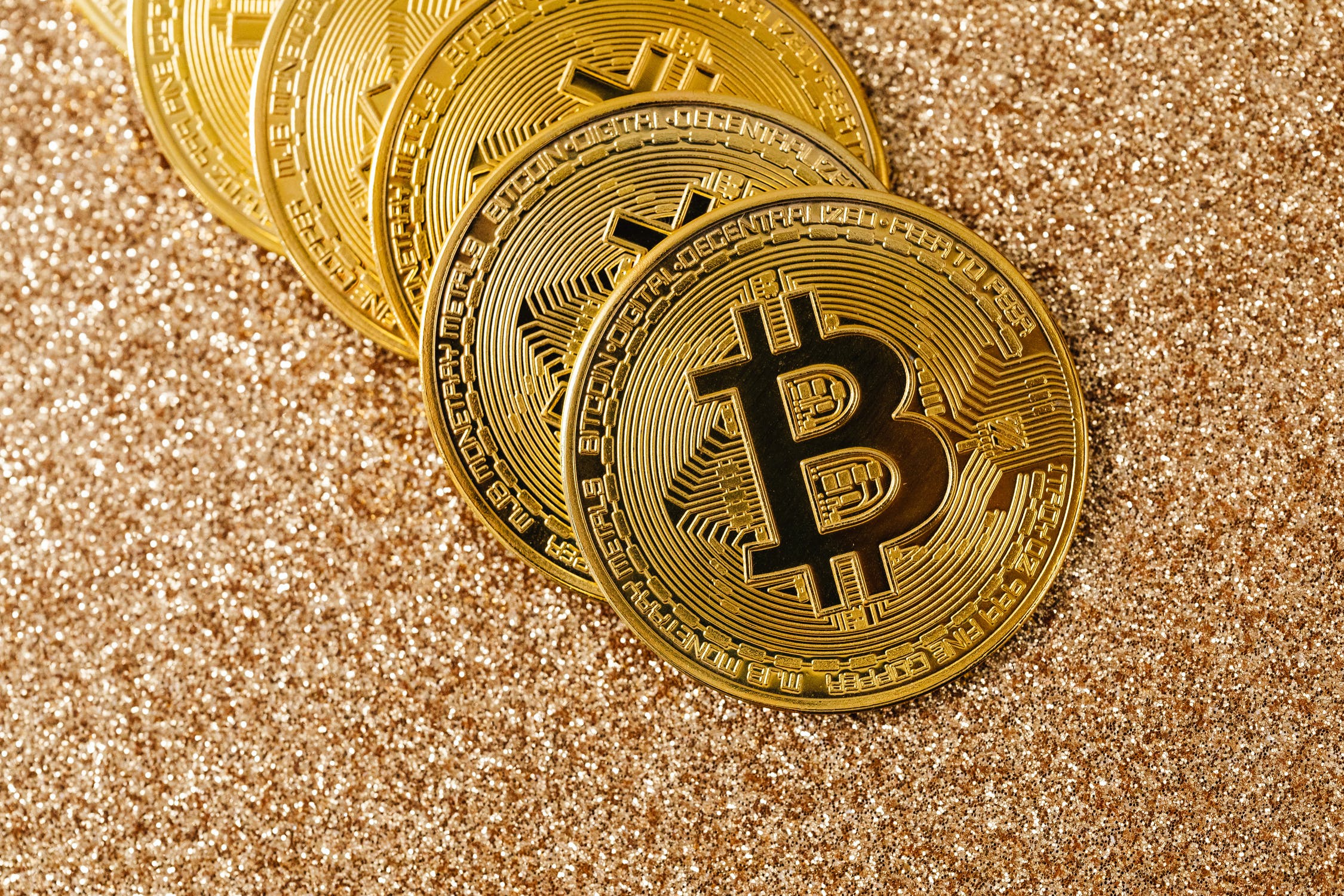 Although the ecosystem for cryptocurrencies is in its early stages, the existing obstacles can be tackled with practical solutions. To create a secure ecosystem, cryptocurrency owners should address the risks of cryptocurrencies. For starters, a global regulatory framework can be an excellent option to govern the application of cryptocurrencies. A union of multiple countries can come together to form a regulation model that is feasible for every economy. Another alternative is forming a self-governance model with the help of identity reputation. A self-governing model will help the ecosystem guide itself by regulating transactions based on the previous transactions of organizations and individuals. Better regulation can also solve the liquidation problem with cryptocurrencies.

Popular crypto coins are already working on their scalability. Bitcoin is developing a Bitcoin Lightning Network, where every investor has a dedicated node that is connected to at least one other node. The network aims to create a multi-signature wallet that correctly knows the owner of the currency and the receiver of the bitcoin. Such measures will effectively reduce the transaction costs and make the transactions faster. Similarly, Ethereum is planning to apply the process of blockchain sharding. The entire network is partitioned into sections called shards, and every shard will hold their own state and transaction history. With sharding, each node would process transactions for certain shards, instead of having a single network do all the work. This process will increase the rate at which transactions are processed collectively by the shards, assisting in speeding up the transactions. Likewise, other coins and tokens can adopt similar methods to address the scalability and vulnerability issues with cryptocurrency.

For overcoming the issue of volatility, the rise and fall in the value of cryptocurrencies need to be controlled. It is essential to understand that various factors affect the demand for crypto coins and tokens. Hence, a cryptocurrency project named Basis plans to maintain the value of cryptocurrencies by increasing and decreasing the supply of the currency, just like central banks. Similar options can be applied by other cryptocurrencies to address the volatility problem. Likewise, appropriate measures can be taken to tackle the other vulnerabilities in cryptocurrency, such as those related to cybersecurity. Hiring better security divisions with skilled cybersecurity professionals, who can implement a secure authentication mechanism and adopt web application security controls, should be the highest priority. Security officials need to conduct security training, and audit hardware and software regularly. Moreover, investors should avoid using cloud storage and storing private keys offline.

Even though there are concerns regarding the vulnerabilities in cryptocurrency, they can be adopted by organizations from various industries and sectors. Big players have realized that the benefits of cryptocurrencies outweigh the limitations, given the fact that the underlying technology is only getting more advanced. Hence, industry giants such as Virgin Galactic and Microsoft have already deployed cryptocurrencies in their organization.

With further developments in blockchain technology, the vulnerabilities in cryptocurrency will eventually be taken care of. And, as finance and tech experts have pointed out, cryptocurrencies have the potential to revolutionize finance, healthcare, technology, and various other market segments.