Women In Fintech: Good For Business

Women In Fintech: Good For Business

“The Importance of Gender Parity on Fintech Teams" was a vibrant discussion by Breaking Bank’s Brett King, Jason Henrichs with guests Anouska Streets, Head of Engineering at FINkit and Colleen Wilson, Founder and CEO of Collaborate Chicago.

It is estimated that women in the United States control between 52—60% of wealth. The global business landscape is evolving as more and more women are entering the economic mainstream. It is estimated that within the next decade there will be three billion additions to the ecosystem as employees, employers, producers and entrepreneurs. This group is often referred to as #3rdBillion.

In terms of funding, King shared that 6000 male founders funded while 359 female founders got funding. CrunchBase research showed no growth in the past five years and only 17% of all startups have a female founder.

Women hold 25% of senior management roles in the Financial Services Industry. Currently women hold 25% of jobs in computing and it has been declining since its peak in 1991 when it was at 36%. The current market is sometimes referred to as the code economy because so much of business process is reliant on APIs and algorithms. We need more women in finance. We need more women who code.

Both Streets and Wilson believe that closing this gap starts as early as childhood when children are playing with toys and the cultural stereotypes. It isn’t simply boy/girl toys as children are more dynamic and need a matrix of options vs. binary choice.

Wilson shared an interesting point: that boys decide a career in IT in high school while women are more likely to choose a career in IT in their first job. The career path is not modeled as a viable option between fundamental ages 12-16.

Imagery is both subtle and powerful. I am part of an innovation community called ROCgrowth. Given our awareness of this gender we recently redesigned our logo. It is amazing how a simple silhouette changed the entire conversation. 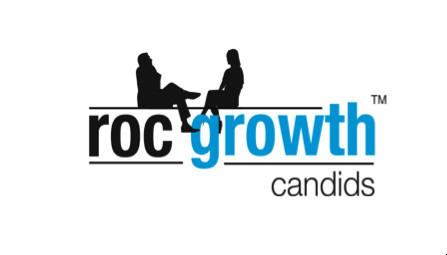 Please let us know individuals making a positive difference in accelerating diversity and inclusion so that we can track and amplify progress.

And don't miss this important discussion on Breaking Banks. 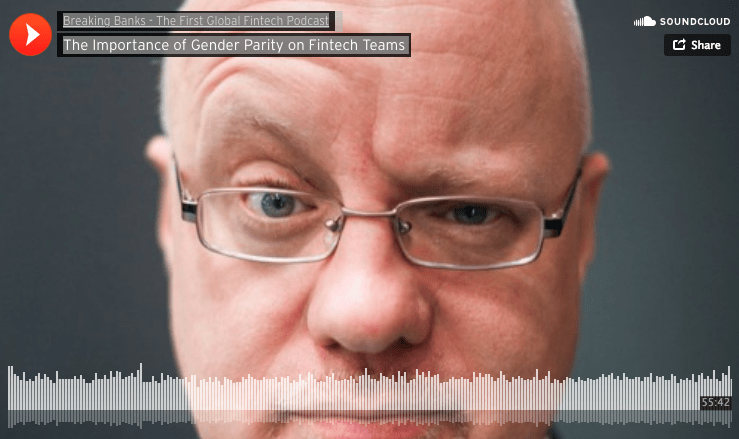 View all
5 Time-Tested Pointers to Build a Successful Online Enterprise
How An Activity Fit Map Will Set Your Business Apart From Your Competitors
Why Building Trust In Your Business Brand Is Essential? Here Are 6 Ways To Elevate Your Brand
Agile Framework Is Not The Main Problem In Your Organization: Linear Thinking Is The Main Issue
5 Ways To Transform Your Offline Business To Online
Evolving Into Agility: The Butterfly Story
Why IoT Will Dominate The Future Of Energy Generation
What Are Banks Doing to Combat Climate Change?
Is Geoengineering Research Objectionable?
How VR is Being Used for Renewable Energy Training
Whither Battery Power?
If Disruptions Force Change, Imagine the Power of Transformation
Is Exness A Scam or A Legit Forex Broker?
How to Create an Efficient Student Monthly Budget
Geo-Politics and Banking: Caught in the Middle
Understanding The Threat of Synthetic Identity Thefts in Finance
Will Cryptocurrencies Replace Fiat Currencies?
The Main Reasons Why People Get Their Businesses Insured
Mulling Pandemic Advice from September 2019
International Corporate Taxation: What to Tax?
COVID-19: Lessons to Learn from the Global Pandemic
How Poverty Changed in 2020: Mixed Measures
The COVID Instant Experts: Too Many Experts, Too Little Knowledge
When Business Leaders Endorse Stakeholder Responsibility, What Are They Really Saying?
How Long Can Vladimir Putin Stay in Power?
The Eurozone Is Going Down The Japan Way
How AI Can Be Deployed To Improve Immigration Control In Countries
How Stalin and the Nazis Tried to Copy Henry Ford
China Crackdown is About Political Control
How to Create Intelligent Governments with Artificial Intelligence
Stunning News about Diet and Weight
How Tesla is Using Big Data: Benefits & Challenges of Big Data in Self Driving Cars
Which Jobs Will Survive Artificial Intelligence? Here Are The Jobs That Will Remain & Disappear Following The AI Takeover
What's Fundamentally Wrong With Machine Learning?
On The Nature of Vaccine Reticence
Addressing Disability Bias In Artificial Intelligence
Devise a Reward, Then Conquer
From EA to Chief of Staff: The Journey First, Please. Then, the Title.
5 Work From Home Tips to Stay Motivated
NHS Workers Deserve More Gratitude: How Do We Show It?
Is Investing in Real Estate a Safe Bet for Millennials?
How To Solve Problems Like The Best Leaders
Advantages of Developing a Mobile Business App
What is the Difference Between AirPods and AirPods Pro?
Are You Worried About Data Storage & Its Security? Switch to Cloud-Based Data Management Systems
Power Partnerships and Tech For Good IBM Power Systems & SAP HANA
8 Cloud Computing Myths Debugged
Pair Artificial Intelligence with a Human Touch, And You’re Sure to Thrive

5 Time-Tested Pointers to Build a Successful Online Enterprise
Is Exness A Scam or A Legit Forex Broker?
How An Activity Fit Map Will Set Your Business Apart From Your Competitors
Why Building Trust In Your Business Brand Is Essential? Here Are 6 Ways To Elevate Your Brand
Devise a Reward, Then Conquer