A Road Stop on the Development Journey

A Road Stop on the Development Journey 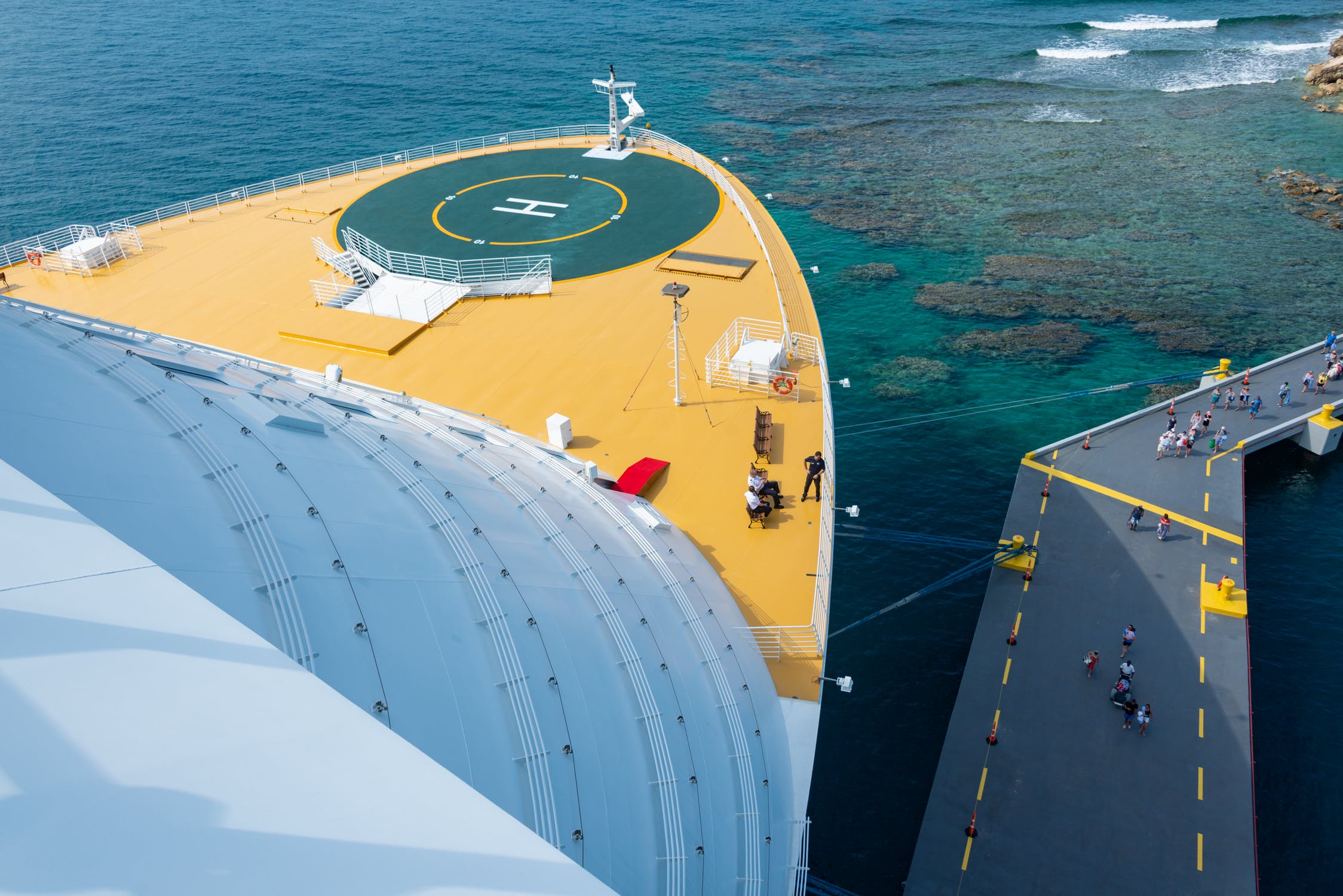 Economic development is a journey that has no final destination, at least not this side of utopia. But it can still be useful to take a road stop along the journey, see where we've been, and contemplate what comes next. Nancy H. Chau and Ravi Kanbur offer such an overview in their essay "The Past, Present, and Future of Economic Development," which appears in a collection of essays called
Towards a New Enlightenment? A Transcendent Decade (2018, pp. 311-325). It was published by Open Mind, which in turn is a nonprofit run by the Spanish bank BBVA (although it does have a US presence, mainly in the south and west).

(In the shade of this parenthesis, I'll add that if even or especially if your interests run beyond economics, the book may be worth checking out. It includes essays on the status of physics, anthropology, fintech, nanotechnology, robotics, artificial intelligence, gene editing, social media, cybersecurity, and more.)

It's worth remembering and even marveling at some of the extraordinary gains in the standard of living for so much of the globe in the last three or four decades. Chau and Kanbur write:

The six decades after the end of World War II, until the crisis of 2008, were a golden age in terms of the narrow measure of economic development, real per capita income (or gross domestic product, GDP). This multiplied by a factor of four for the world as a whole between 1950 and 2008. For comparison, before this period it took a thousand years for world per capita GDP to multiply by a factor of fifteen. Between the year 1000 and 1978, China’s income per capita GDP increased by a factor of two; but it multiplied six-fold in the next thirty years. India’s per capita income increased five-fold since independence in 1947, having increased a mere twenty percent in the previous millennium. Of course, the crisis of 2008 caused a major dent in the long-term trend, but it was just that. Even allowing for the sharp decreases in output as the result of the crisis, postwar economic growth is spectacular compared to what was achieved in the previous thousand years. ...

But, World Bank calculations, using their global poverty line of $1.90 (in purchasing power parity) per person per day, the fraction of world population in poverty in 2013 was almost a quarter of what it was in 1981—forty-two percent compared to eleven percent. The large countries of the world—China, India, but also Vietnam, Bangladesh, and so on—have contributed to this unprecedented global poverty decline. Indeed, China’s performance in reducing poverty, with hundreds of millions being lifted above the poverty line in three decades, has been called the most spectacular poverty reduction in all of human history. ...

Global averages of social indicators have improved dramatically as well. Primary school completion rates have risen from just over seventy percent in 1970 to ninety percent. now as we approach the end of the second decade of the 2000s. Maternal mortality has halved, from 400 to 200 per 100,000 live births over the last quarter century. Infant mortality is now a quarter of what it was half a century ago (30 compared to 120, per 1,000 live births). These improvements in mortality have contributed to improving life expectancy, up from fifty years in 1960 to seventy years in 2010.

Of course, Chau and Kanbur also note remaining problems in the world's development journey. A number of countries still lag behind. There are environmental concerns over air quality, availability of clean water, and climate change. I was especially struck by their comments about the evolution of labor markets in emerging economies.

[L]abor market institutions in emerging markets have also seen significant developments. Present-day labor contracts no longer resemble the textbook single employer single worker setting that forms the basis for many policy prescriptions. Instead, workers often confront wage bargains constrained by fixed-term, or temporary contracts. Alternatively, labor contracts are increasingly mired in the ambiguities created in multi-employer relationships, where workers must answer to their factory supervisors in addition to layers of middleman subcontractors. These developments have created wage inequities within establishments, where fixed-term and subcontracted workers face a significant wage discount relative to regular workers, with little access to non-wage benefits. Strikingly, rising employment opportunities can now generate little or even negative wage gains, as the contractual composition of workers changes with employment growth. ...

[A]nother prominent challenge that has arisen since the 1980s is the global decline in the labor share. The labor share refers to payment to workers as a share of gross national product at the national level, or as a share of total revenue at the firm level. Its downward trend globally is evident using observations from macroeconomic data (Karababounis and Neiman, 2013; Grossman et al., 2017) as well as from firm-level data (Autor et al., 2017). A decline in the labor share is symptomatic of overall economic growth outstripping total labor income. Between the late 1970s and the 2000s the labor share has declined by nearly five percentage points from 54.7% to 49.9% in advanced economies. By 2015, the figure rebounded slightly and stood at 50.9%. In emerging markets, the labor share likewise declined from 39.2% to 37.3% between 1993 and 2015 (IMF, 2017).

A running theme in work on economic development is that there is a substantial gap in low- and middle-income countries between those who have a steady formal job with a steady paycheck, and those who are scrambling between multiple informal jobs. Thinking about how to encourage an economic environment where employers provide steady and secure jobs is just one of the ways in which issues in modern development economics often have interesting overlaps with the economic policy issues of high-income countries.

View all
Hybrid Work: What We Lose in a Virtual Workplace
Why Should Every Digital Business Invest In An Explainer Video?
Transforming Digital Businesses With Innovation, Knowledgeable Workers, and Effective Management
In Search of Unknown Angels
Why Great Leaders Believe It Before They See It
Why Work-From-Home Customer Service Agents Are Here to Stay
Sustainable Fashion: Recycling Challenges in The Textile Industry
Is The Internet of Things Making Way For Smart Agriculture?
Clean Energy and Pro-Mining
Lithium for Car Batteries: A Demand Shock Example
Sustainability Reporting Is Not A Proxy For Progress
Nitrous Oxide, Agriculture, and Climate Change
How to Choose the Best Online Trading Platform
The Top Tax Questions For The Season
The Pros and Cons of Using Bitcoin for Payments
Will Blockchain Finally Deliver as Promised or Will it Be Just Another Overhyped Technology?
How ATL Airport Parking is Cheaper Than a Taxi Ride
4 Changes FP&A Teams Need to Make Now to Future Proof Forecasting
Some Economics of Black America
Commodities, Supply-Chains and Structural Changes in Demand
Interview: Amartya Sen on a Bicycle
From Pandemic to Digitalization to Productivity?
The G-7’s Reckless Commitment To Mounting Debt
The Social Nature of Government Actions
Political Economy of the Pandemic Response
Queen Elizabeth II Marks 95th Birthday in Private
Covid-19 and Fake News: Exponential Rise of Conspiracy Theories and How to Prevent Misinformation
UK Budget 2021: Corporate Tax Rise, VAT Cut for Hard Hit Sectors Extended & Income Tax Thresholds Frozen
What If George Washington Lied?
Judges and Ideology
The Role of Context in Data
When the Invention Becomes the Inventor: How AI is Making Inroads in Scientific Discovery and Innovation
The World of Reality, Causality and Real Artificial Intelligence: Exposing the Great Unknown Unknowns
Redefining Artificial Global Intelligence (AGI)
Making Sense of Data Features
Driving The Next Generation of Artificial Intelligence (AI)
Post Covid-19: How to Develop a Solid Business Continuity Plan
Science of Learning: Why We Should Embrace Mistakes in Education
Camera or no Camera? Should You Show Your Face?
Photographer/Videographer Jiayi Liang Inspired by Fashion Runways and Nat Geo’s Famous Photographers
Pack and Give Back: 5 Tips for Supporting Local Economies When Traveling
Why Is There So Much Hype About Content Marketing?
Tech Trends That Are Affecting Agriculture, Processing, Marketing & Distribution of the Food Industry
An Enlightened Future with Artificial Intelligence
Using VR and Augmented Reality to Aid Driver Training
Key Aspects to Consider While Analyzing the Performance of a Mobile App
While Rolls-Royce is Basking in the Glory of IoT, When Will Your Business Capitalize on the Technology?
Shifting Gears: How Digital Technology is Reshaping the Automobile Industry

Tech Trends That Are Affecting Agriculture, Processing, Marketing & Distribution of the Food Industry
Some Economics of Black America
Post Covid-19: How to Develop a Solid Business Continuity Plan
An Enlightened Future with Artificial Intelligence
Hybrid Work: What We Lose in a Virtual Workplace