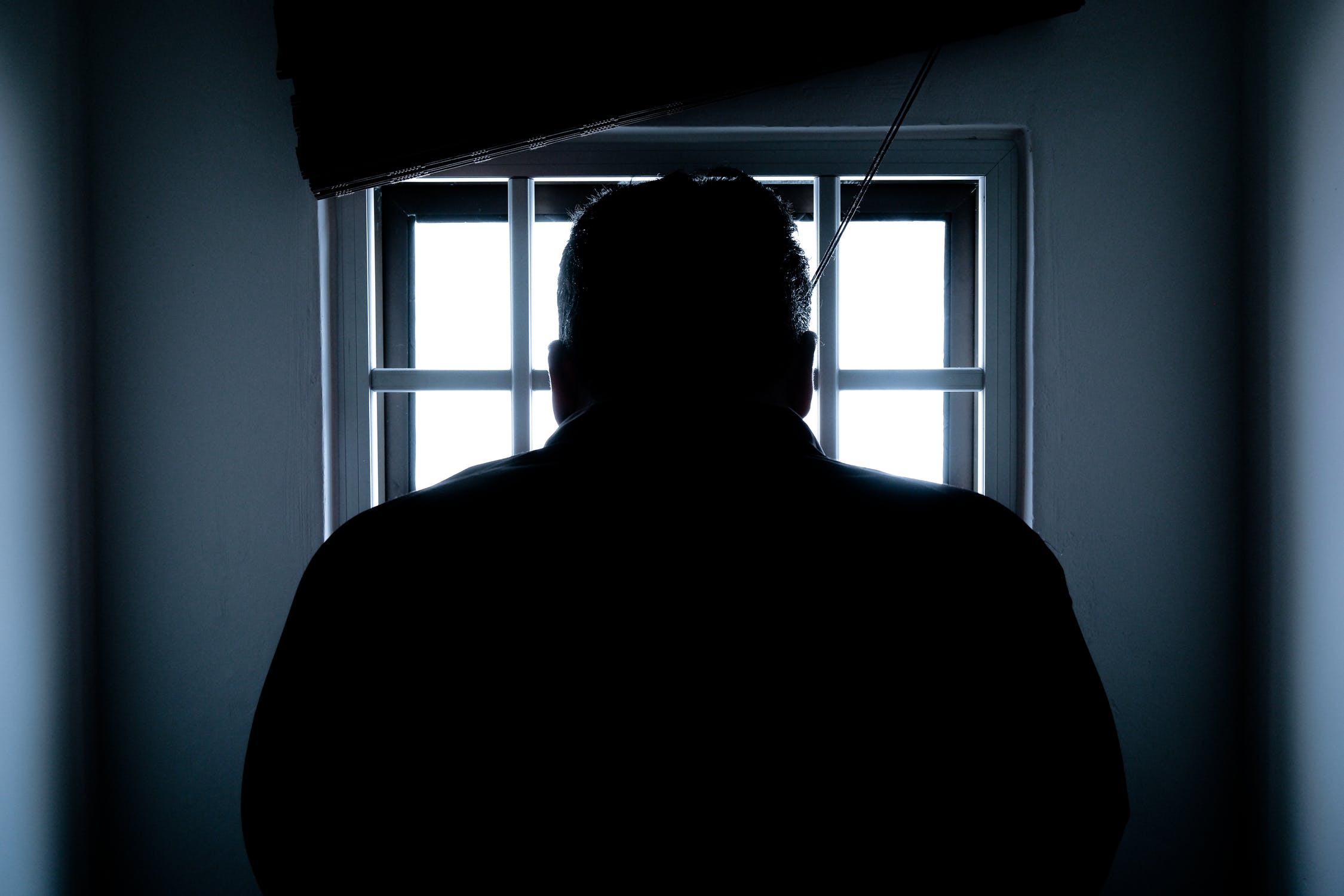 All nine members of the court wrote separate decisions (!), so the exact legal reasoning behind the decision was less than crystal-clear. But broadly speaking, the decisions held that the death penalty could only be constitutional if applied in a consistent, non-arbitrary, and non-discriminatory way.

Almost a half-century later, what are the big-picture patterns of capital punishment in the United States? Tracy L. Snell at the US Bureau of Justice Statistics lays out the patterns in "Capital Punishment, 2018 – Statistical Tables" (September 2020, NCJ 254786). Here's the pattern of US executions over time: 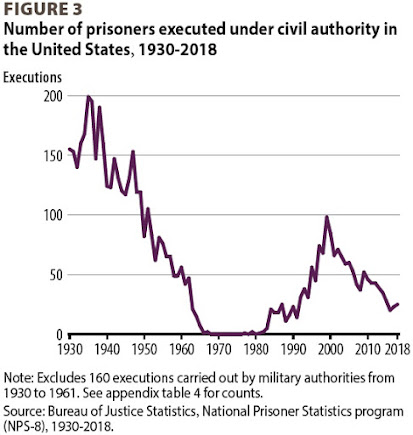 One way of interpreting this graph was that the death penalty was on its way to being imposed only a very low levels in the 1960s, but after the nine-way Supreme Court decision eliminating all state capital punishment laws inflamed the issue, capital punishment then had a resurgence for a time, before fading again.

There are currently about 2600 prisoners under sentence of death. However, for some years now the number being removed from this category (usually by legal appeal or commutation of sentence rather than by execution) has been exceeding the number added. 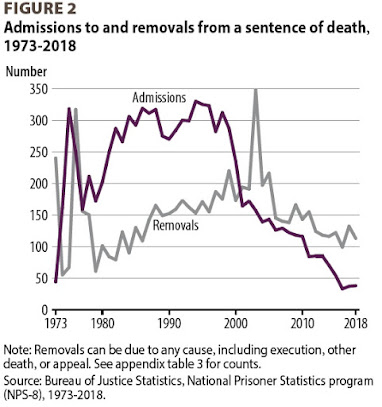 Here's a figure showing the racial mix of those under sentence of death. 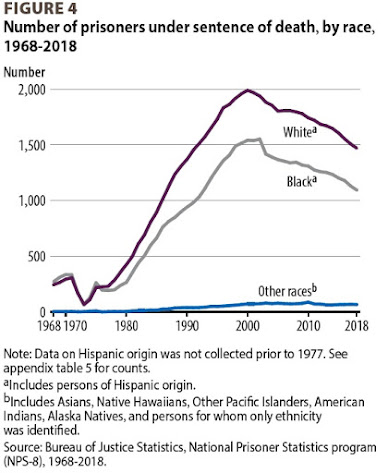 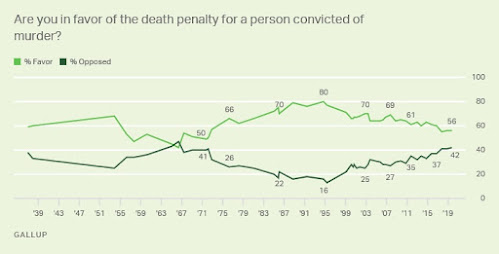 This report doesn't address policy questions about the death penalty, like whether it may at least in some cases deter murder. My own suspicion is that this question is that statistical methods probably cannot answer this question--but of course, the lack of a clear-cut statistical answer means that each of us will weigh the various risks involved in different ways. For a blog post on this topic from a few years back, see "The Death Penalty and Deterrence: Why No Clear Answers?" (June 25, 2012).