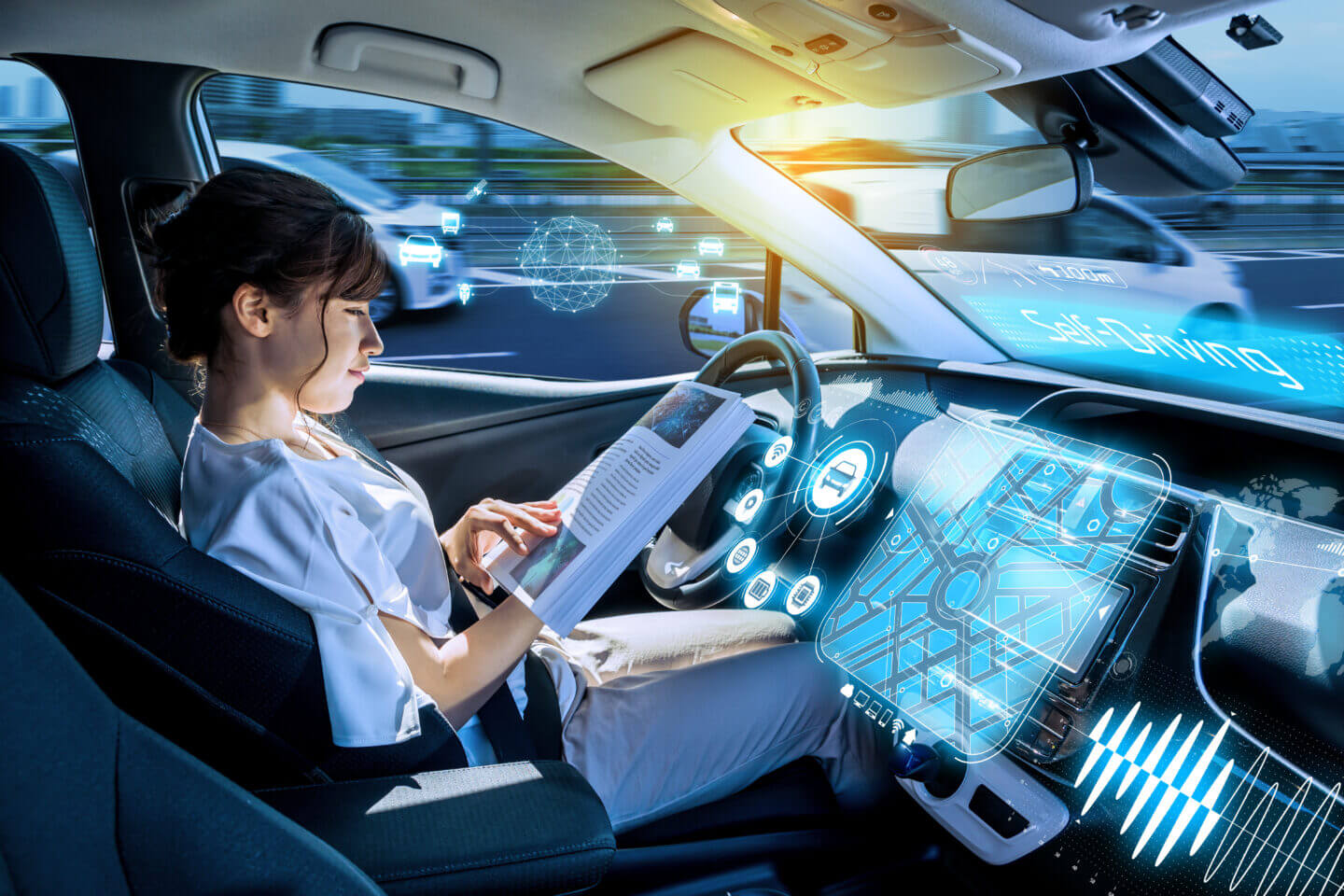 Missy Cummings was “one of the first female fighter pilots in the US Navy and now a professor in the Duke University Pratt School of Engineering and the Duke Institute for Brain Sciences, as well as the director of Duke’s Humans and Autonomy Laboratory.”

She is interviewed by Michael Chui of the McKinsey Global Institute in “From fighter pilot to robotics pioneer: An interview with Missy Cummings” (September 22, 2021, audio and transcript). I was struck in particular by her comments about autonomous vehicles–and more generally, about the economic role of artificial intelligence and robotics moving forward. Cummings calls herself as the “Eeyore” of autonomous vehicles–named after the extra-pessimistic donkey in the Winnie-the-Pooh stories. She says:

I think everyone was blown away with how quickly this technology transitioned out of the academic sphere and into the commercial sphere. It literally did happen overnight. But I think what we’re seeing now are the consequences of that. Because the technology was still extremely immature, still very much experimental. And Silicon Valley decided to try to commercialize a technology that was still very much in its infancy. … They’re still really struggling to try to get the technology to a point of maturation that’s safe enough in commercial settings, in robo-taxi settings.

We’re not going to get this anytime soon. I have yet to see any real advancements that I think can allow these cars to “reason under uncertainty.” That’s where I draw the line. The cars must be able to reason under uncertainty, whether that uncertainty is weather, human behavior, different failure modes in the car. If cars cannot figure out what to do at least to fail gracefully, then it’s going to be a long time before this technology is ready.

We may be able to get slow-speed technology—slow, meaning for autonomous shuttles—out of this. Maybe some very limited geo-fenced operations for robo-taxis. But we’re not going to get the kind of full reach that either car companies or the Silicon Valley companies like Cruise and Waymo think that we’re going to get. We’re going to fall short of that goal. I’m not sure yet what the spinout technologies will be. But I think that one day we are going to look back, and the self-driving race to the bottom, I think it’s going to become a really important set of Harvard Business [School] case studies. …

The right problem, specifically when we’re talking about the surface transportation world, including trucking and cars, is looking at collaboration between sensors and humans. Letting the system prevent humans from doing stupid things like falling asleep at the wheel, texting while driving, because if humans do these things, the car can then react and keep the car in a safe place. If nothing else, pull it over to the side of the road and flash the blinkers until the human can take charge in the way that they need to. So this idea of technology acting as a guardian. …

I know there’s a whole set of parents out there that are with me. I call myself Eeyore sometimes about the status of self-driving cars in the future. What I truly want, being the mother of a 14-year-old, is for self-driving cars to be here. I don’t want my 14-year-old daughter behind the wheel of a car ever. I do research in this field. I do understand how bad human drivers are. What I want would be for this technology to work, but understanding my job is to do research in this field, I recognize that it’s not going to happen.

What I foresee is that there is—not just in automotive transportation, but also in medicine and the military, finance—we are going to see a very distinct shift away from replacing human reasoning to augmenting reasoning. That’s where the real future is. That’s where the money is going to be made. Because people think they’re doing it, but they’re not really doing it, and they’re not doing it in the right way. …

There’s also going to be a huge growth area in the maintenance of any kind of computer system that has underlying AI in it, including robots. I think robot maintenance is going to be one of the biggest growth areas in the next 20 years. We cannot keep all the robots that we have right now working. And we’re not thinking about maintenance in a way that’s streamlined, that can pull from the resources of the typical socioeconomic class that’s doing maintenance now on regular forklifts. We’re going to have to figure out how education needs to change so that we can help people lift themselves up by their bootstraps.

I have no expertise or insight into the underlying technology, but I have written from time to time on this blog about the transformational possibilities of autonomous vehicles (for example, here and here), so I wanted to give an alternative view.

In addition, it seems to me that Cummings is expressing here a view about the future interaction of humans and technology that I’m seeing in several places: In the past, a focus of technology and innovation has often been on replacement of existing workers–for example, in manufacturing work or in the ways that information technology combined business records in ways that decimated the ranks of middle managers whose jobs had previously involved being the conduits for that information. In the future, the hope is that technology will be more focused on augmenting the abilities of existing workers, in ways that lead to higher-paying jobs and altogether new jobs. As one example among economists, Daron Acemoglu and some of his co-authors have also been writing along these lines (for example, here, here, and here). I’m not sure what policies are less likely to produce technology that tends to replace jobs and lead to inequality vs. technology that augments jobs and inequality, but the distinction seems worth some thought.