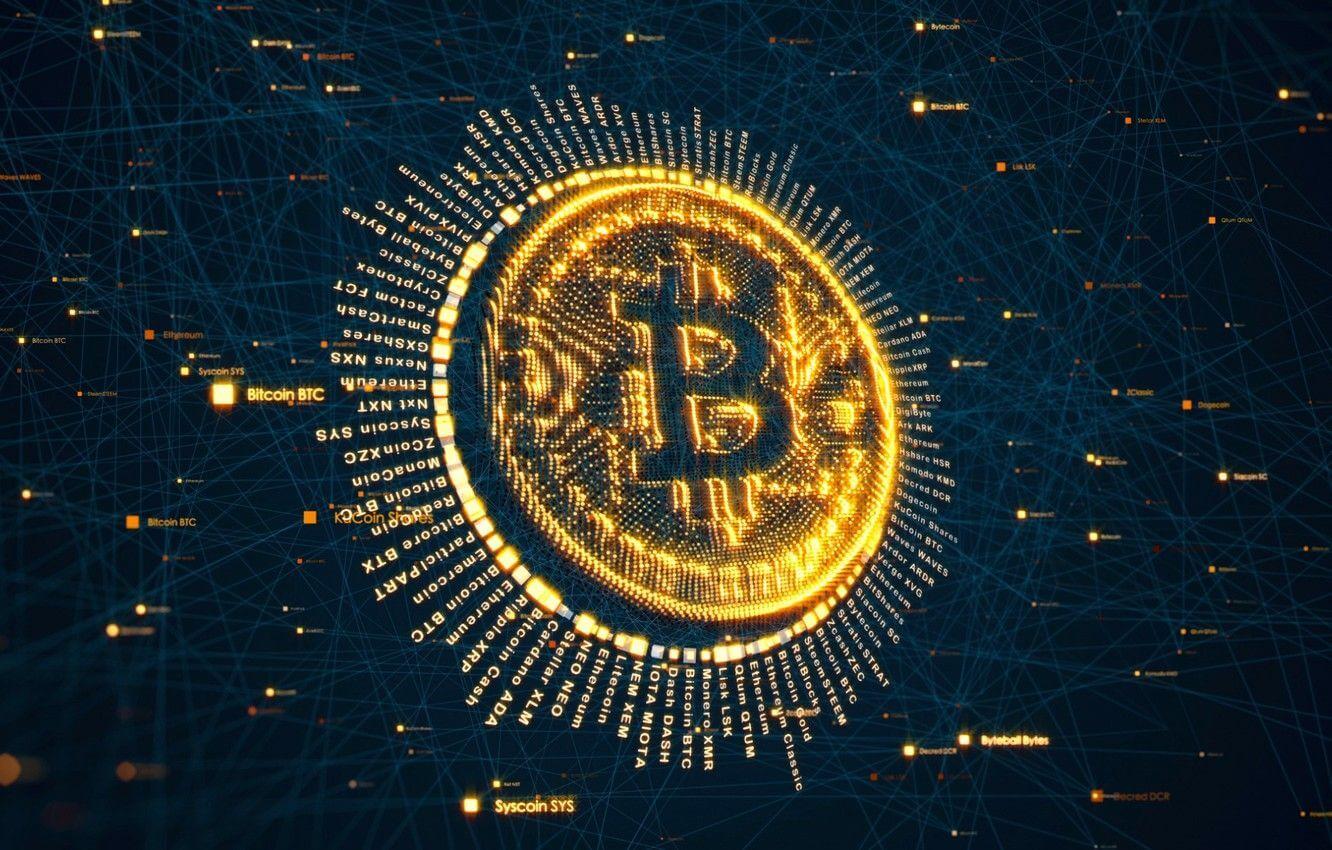 Bitcoin is the most exciting decentralized digital currency but it has the most crime reports related to illegal activity of any cryptocurrency, since it's the oldest and most-widely held cryptocurrency in the world.

One of the main attractions of bitcoin is its anonymity, which is worth the most to those who are carrying out questionable or illegal transactions. But how much of bitcoin used is tied to illegal activity? Sean Foley, Jonathan R. Karlsen, and Tālis J. Putniņš tackle this question in their January 2018 working paper, "Sex, drugs, and bitcoin: How much illegal activity is financed through cryptocurrencies?

I've tended in the past to view bitcoin and other digital cryptocurrencies as a fascinating sideshow: that is, a combination of the deeply interesting blockchain technology, but at a relatively small scale. The authors point out that the scale has been rising substantially (footnotes omitted).

"Cryptocurrencies have grown rapidly in price, popularity, and mainstream adoption. The total market capitalization of bitcoin alone exceeds $250 billion as at January 2018, with a further $400 billion in over 1,000 other cryptocurrencies. The numerous online cryptocurrency exchanges and markets have daily dollar volume of around $50 billion. Over 170 “cryptofunds” have emerged (hedge funds that invest solely in cryptocurrencies), attracting around $2.3 billion in assets under management. Recently, bitcoin futures have commenced trading on the CME [Chicago Mercantile Exchange] and CBOE [Chicago Board Options Exchange], catering to institutional demand for trading and hedging bitcoin. What was once a fringe asset is quickly maturing."

I'm not sure where the dividing line is, but as cryptocurrencies seem headed toward exceeding $1 trillion in total value, greater attention will need to be paid. The focus of these authors is on links from bitcoin to illegal activity. Their research uses a key fact about the technology of bitcoin: the transactions carried out by bitcoin are all publicly available and observable, but the names of the participants are not. For example, you can observe that accounts A, B, and C all made a simultaneous payment to accounts D and E--but you don't know who those parties are. The authors write:

"We extract the complete record of bitcoin transactions from the public bitcoin blockchain, from the first block on January 3, 2009, to the end of April 2017. For each transaction, we collect the transaction ID, sender and recipient address, timestamp, block ID, transaction fee, and transaction amount. ... The data that make up the bitcoin blockchain reveal “addresses” (identifiers for parcels of bitcoin) but not the “users” (individuals) that control those addresses. A user typically controls several addresses. ... Our sample has a total of approximately 106 million bitcoin users, who collectively conduct approximately 606 million transactions, transferring around $1.9 trillion." 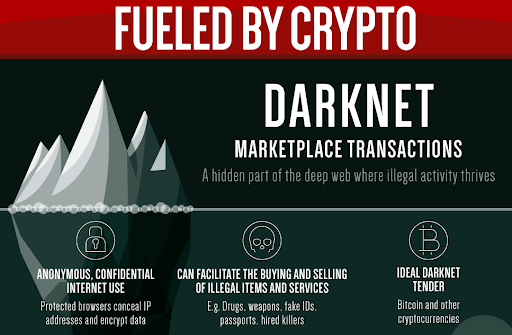 However, there are cases where the anonymity of blockchain has been broken, or at least dented. For example, law enforcement may expose who actually controls a certain address. Or certain addresses may be escrow accounts for firms operating on the "dark web." Or one can look at darknet forums, where anonymous parties may in some cases reveal their bitcoin address--for example, because they are complaining that they never received what they paid for.

Once you have a list of bitcoin addresses linked to anonymous activity, you can then track the transactions to and from those addresses. By looking at the patterns that emerge, you can build up a "cluster" of accounts and transactions that seem likely to be illegal. The authors compare the size of this cluster to the total number of bitcoin transactions. They write:

"We find that illegal activity accounts for a substantial proportion of the users and trading activity in bitcoin. For example, approximately one-quarter of all users (25%) and close to one-half of bitcoin transactions (44%) are associated with illegal activity. Furthermore, approximately one-fifth (20%) of the total dollar value of transactions and approximately one-half of bitcoin holdings (51%) through time are associated with illegal activity. Our estimates suggest that in the most recent part of our sample (April 2017), there are an estimated 24 million bitcoin market participants that use bitcoin primarily for illegal purposes. These users annually conduct around 36 million transactions, with a value of around $72 billion, and collectively hold around $8 billion worth of bitcoin.

"To give these numbers some context, a report to the US White House Office of National Drug Control Policy estimates that drug users in the United States in 2010 spend in the order of $100 billion annually on illicit drugs.5 Using different methods, the size of the European market for illegal drugs is estimated to be at least €24 billion per year. While comparisons between such estimates and ours are imprecise for a number of reasons (and the illegal activity captured by our estimates is broader than just illegal drugs), they do provide a sense that the scale of the illegal activity involving bitcoin is not only meaningful as a proportion of bitcoin activity, but also in absolute dollar terms." 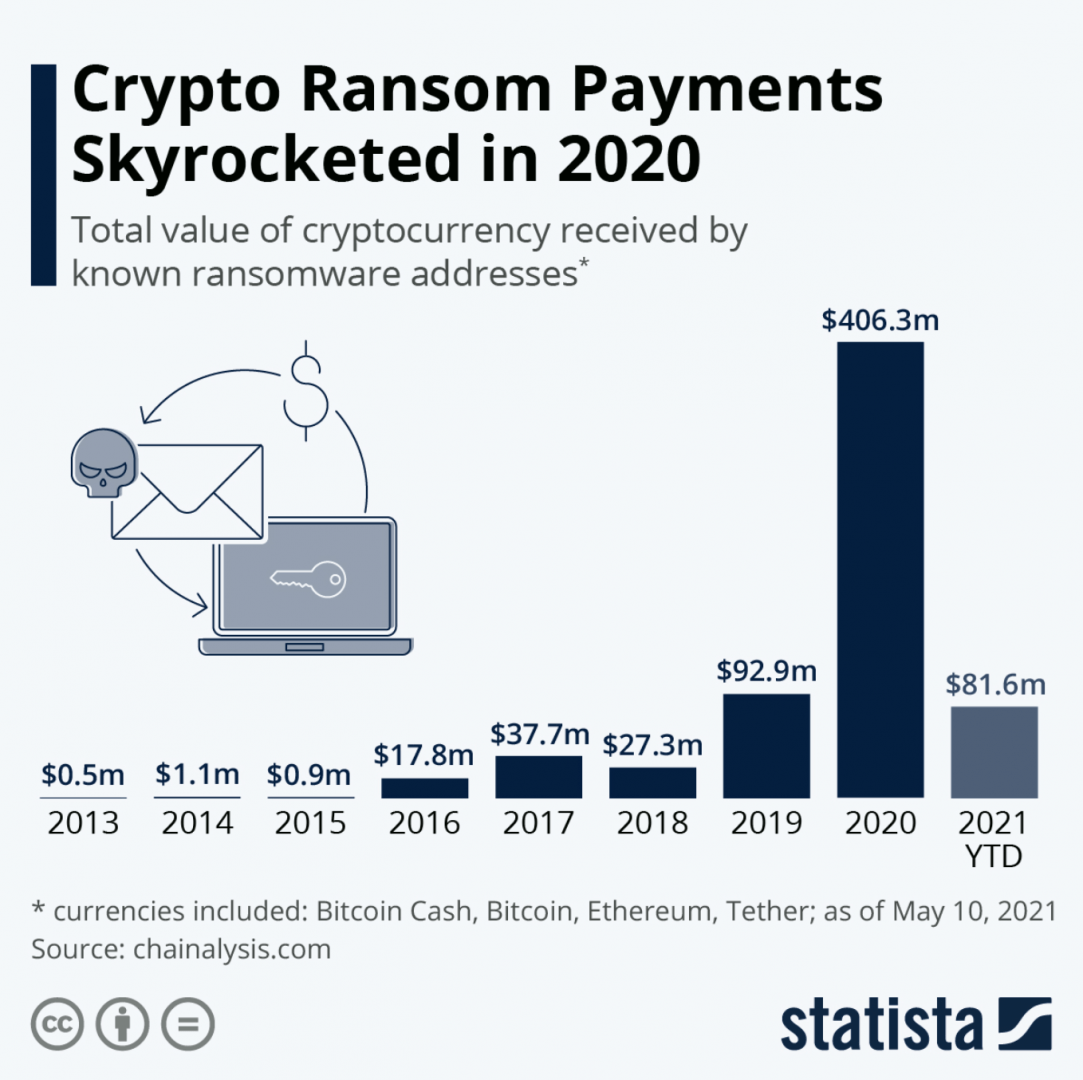 As the authors note, these amounts are large enough to suggest that cryptocurrencies have the potential to shift how black markets operate. Many bitcoin accounts make only a single transaction, and then are never active again. And unsurprisingly, we are also seeing  "the emergence of alternative cryptocurrencies that are more opaque and better at concealing a user’s activity (e.g., Dash, Monero, and ZCash)." In the past, I have tended to believe that if law enforcement really wanted to break the anonymity of a cryptocurrency account, and devoted sufficient time and energy to a combination of old-fashioned and cyber-police work, it could do so. But the technology for anonymity keeps moving ahead.