Blips or Not? Alternative Inflation Measures

Blips or Not? Alternative Inflation Measures 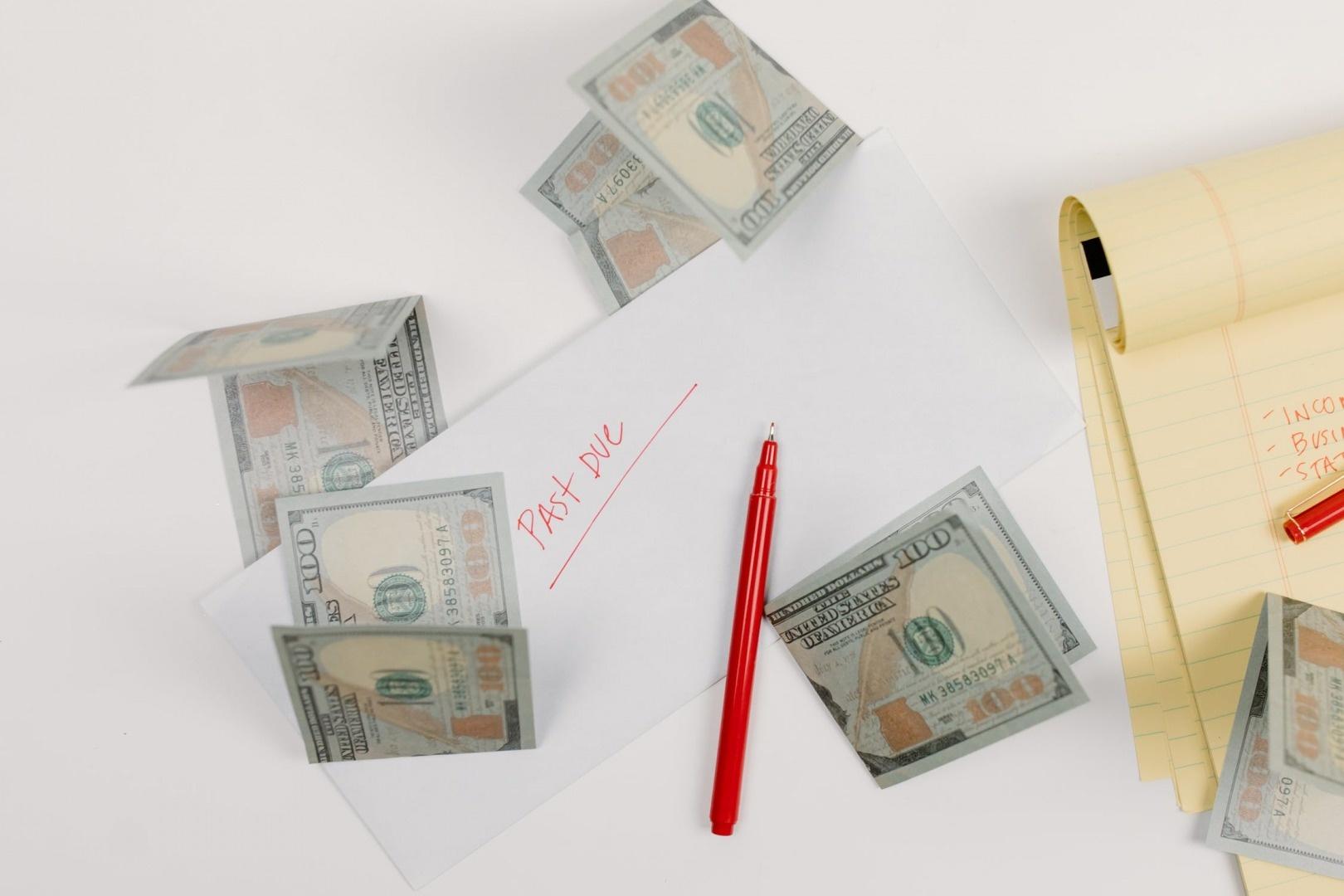 The Consumer Price Index has a history going back more than 100 years.

It has some prominent uses as a method of adjusting for inflation: for example, it’s the measure of inflation that is used to adjust Social Security payments each year, so that their buying power does not decrease over time, and it’s the measure used to adjust the interest rate paid on Treasury Inflation-Protected Securities, a particular kind of debt issued by the US Treasury that guarantees you a return above the level of inflation.

But the CPI is not the only measure of inflation. For example, the Federal Reserve focuses instead at inflation as measured by the Personal Consumption Expenditure price index. About 70% of the price data in the PCE index is drawn from the CPI data, but the PCE index covers a broader range of prices and also is constructed in a way to allow for a a more plausible degree of substitution between goods when prices shift. But the ultimate difference between these measures isn’t large. This figure shows the CPI measure of inflation (percent change since the previous year) in blue and the PCE measure in red. As you can see, sometimes the blue CPI line runs a little higher, but you wouldn’t draw fundamentally different conclusions about inflation from looking at either measure. 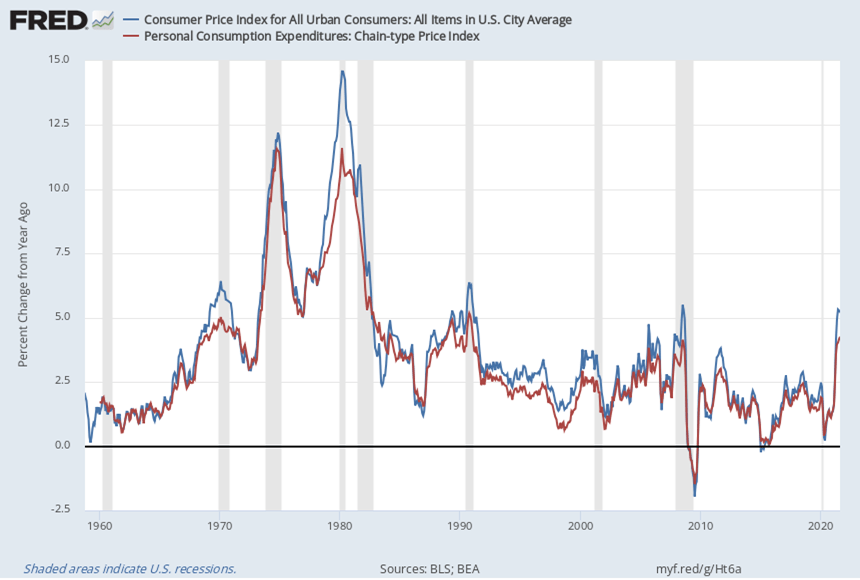 Both approaches show the recent spike in inflation at the far right. But here a problem surfaces with both of these broad measures. The concept of “inflation” is meant to describe a broad-based rise in prices across the board. Thus, in looking at whether inflation is likely to be a lasting phenomenon or a short-term blip, a standard approach is to take out prices for energy and for food. Basically, the Fed and other central banks don’t want to treat a blip in, say, energy prices as if it was a shift in inflation that requires a policy response. Here’s a figure showing the same measure of the CPI on the previous graph, but this time the second line is the “core” CPI minus food and energy prices. 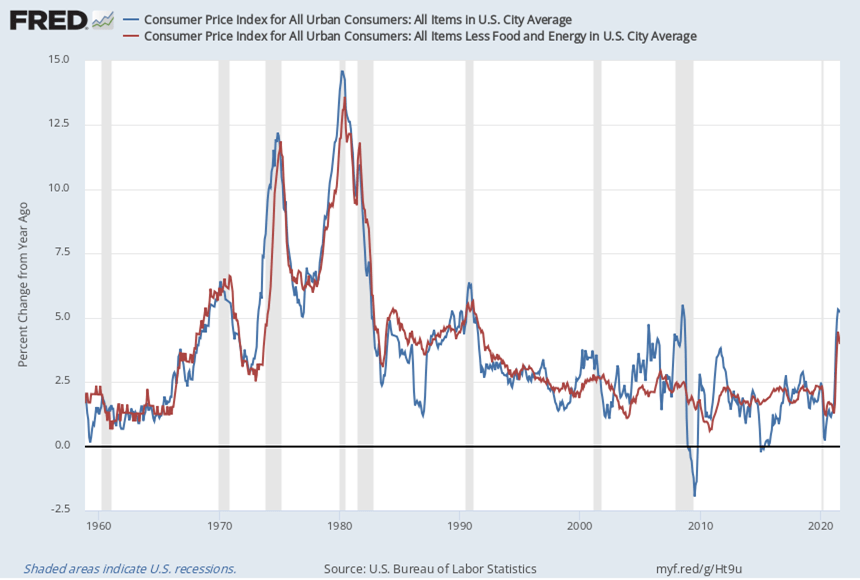 But if the goal is to avoid overreacting to narrow price increases that come and go, and instead to focus on an idea of “core” inflation, is leaving out food and energy prices the best way to do it? The October 2021 issue of the World Economic Outlook from the International Monetary Fund has a chapter on “Inflation Scares,” which discusses the question of when and how short-run inflation blips are likely to become lasting or growing inflation. The report notes (citations omitted):As you can see, the lines are often quite similar, especially in the 1960s and 1970s. But in more recent decades, the blue overall CPI line fluctuates a lot more than the red line that leaves out energy and food prices. Thus, looking at core CPI meant that the Fed wasn’t deciding that there was a rising danger of inflation in the late 1990s or the early 2000s, nor was it panicking about deflation when the overall blue CPI line dipped a couple of times in the last decade. Instead, the focus was on the smoother red line–which, again, surges up in the most recent data.

A common measure of core personal consumption expenditure inflation that excludes food and energy prices has recently spiked even higher than headline inflation. But simply removing food and energy prices is not the best way to measure core inflation: transitory movements can arise in different industries. These concerns have led to core measurement based on median inflation (the price change at the 50th percentile of all prices each month) or on trimmed mean inflation (stripping out a fixed share of price changes). Based on median or trimmed mean inflation, recent developments are less alarming. This difference reflects the large sectoral shocks to industries other than food and energy, which caused the traditional measure to rise sharply but are filtered out of median or trimmed mean inflation. For example, the April 2021 inflation spike reflected the prices of light trucks, hotel rooms, air transportation, spectator sports, and car rentals, which more than doubled at a monthly annualized rate, while median inflation was only 2.8 percent …

Here’s a figure again showing the standard measure of CPI for comparison, but in this case it includes the “median CPI” and the “trimmed mean CPI” as calculated by the Federal Reserve Bank of Cleveland. The median looks at the 50th percentile of price changes. The trimmed mean drops the top 8% and bottom 8% of all price changes, and looks at what’s left. Both methods create a measure of “core” inflation that reduces the influence of outliers, whether they are food and energy or something else. 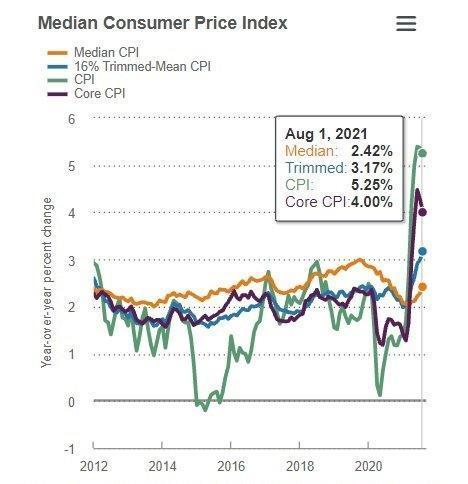 Clearly, the rise in inflation or trimmed mean CPI looks less concerning, at least so far. This figure suggests that the rise in overall CPI inflation is being driven by outliers that are not food and energy. The IMF report puts it this way:

Which of these core measures is more relevant for understanding the current situation? Historical data suggest that it is median or trimmed mean inflation. … Trimming more extreme price movements increases the stability of the underlying inflation measure and strengthens its relationship with macroeconomic conditions. Inflation excluding food and energy has been 70 percent more volatile than median inflation and has had a much weaker relationship with unemployment. The COVID-19 crisis has strengthened the
case for median or trimmed mean inflation.

Of course, when it comes to household purchasing we all need to deal with actual inflation, not core inflation. And of course, future events will determine whether the current CPI inflation is a blip or the start of a bigger pattern of broad-based inflation. But the evidence from median and trimmed-mean inflation tends to support the belief that so far, it’s still more likely to be a blip.