Can the Earned Income Tax Credit Pay for Itself?

Can the Earned Income Tax Credit Pay for Itself? 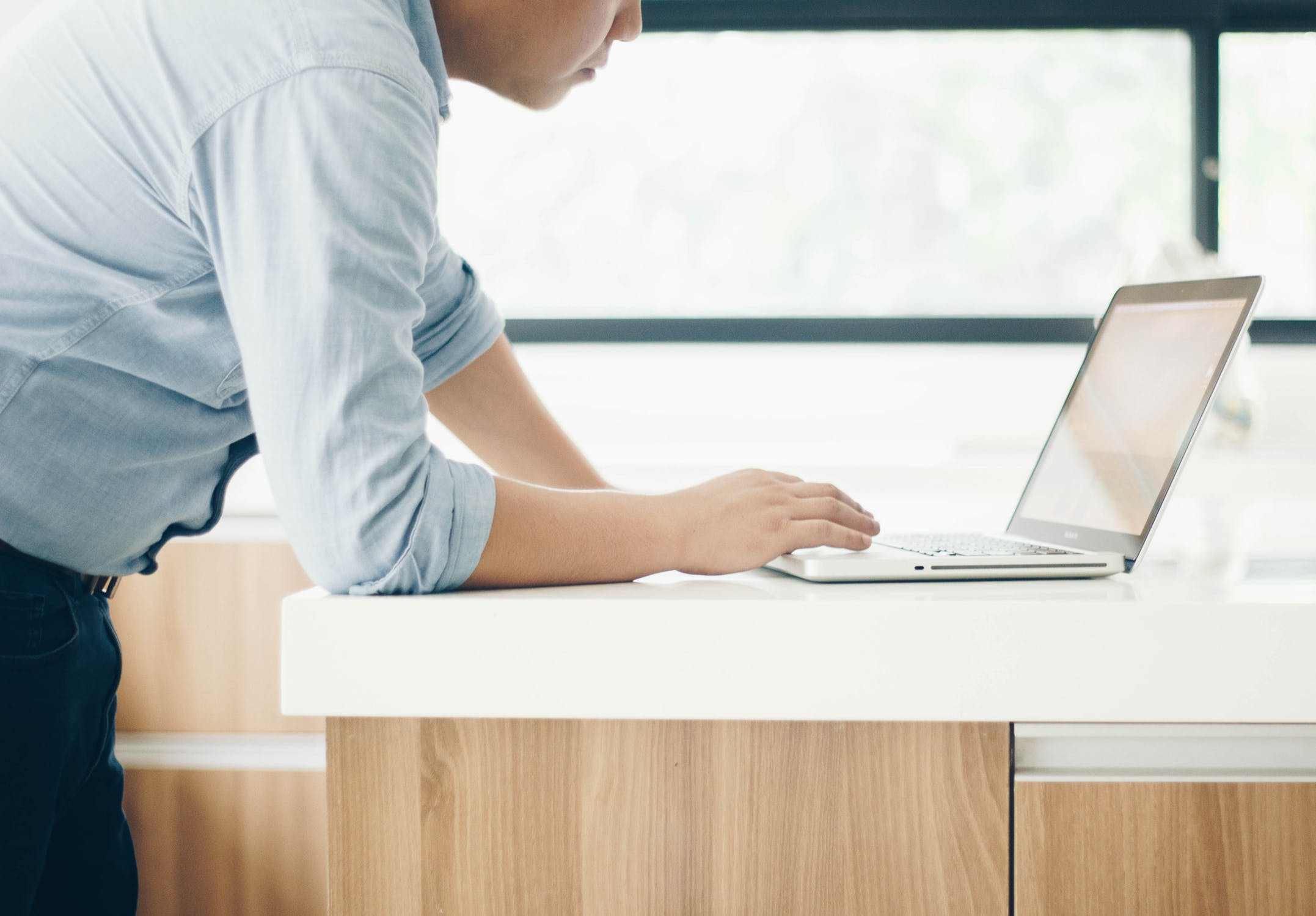 The most obvious reason for the Earned Income Tax Credit is to raise the level of household income for poor and near-poor workers. A secondary reason is to encourage such workers to enter the workforce and remain connected to jobs. But there's another potential benefit as well. Jacob Bastian Katherine Michelmore consider "The Long-Term Impact of the Earned Income Tax Credit on Children’s Education and Employment Outcomes" (Journal of Labor Economics, October 2018, pp. 1127-1160, ungated version here). It suggests that the the EITC can be viewed not just a transfer of income, but also as an investment in human capital with a corresponding payoff.

A lot of economists and policy wonks, myself included, are enamoured of the EITC as a way of helping low-wage workers. Unlike raising the minimum wage, it doesn't risk the potential unwanted side effects of telling employers to pay more. At a more subtle level, it's designed so that those who work more don't immediately have the benefit clawed back from them. Here's a useful figure from the Tax Policy Center to illustrate the structure. The different lines show families with different numbers of children. Thus, the top line shows that a worker in a family with three children would receive a payment equal to 45% of earnings up to a total income of $14,290, for a total credit of $6,431. That total credit stays fixed as income rises to $18,660, and then phases more slowly, with a loss of 21.06% of the credit for each dollar earned until the credit is eliminated at total earnings of $49,104. 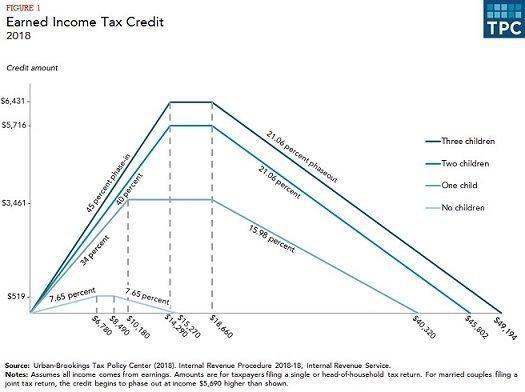 It's easy to spot some potential difficulties with the EITC. The small line at the bottom shows that it provides very little benefit for those without children. The tax credit is "refundable," which means that it doesn't just reduce the tax liability of low-wage workers to zero, but provides direct payments to them payments. The slow phase-out of the subsidy means that the payments don't only go to the poor, but also to those above the official poverty line. The total cost of the EITC is more than $60 billion (which is about twice the cost of the Temporary Assistance to Need Families "welfare" program). The It adds complexity to the tax returns of low-wage workers, and there can be problems of fraud (for example, if the number of children actually living with someone is overstated).

That said, a compelling body of research developed over the last few decades suggests that the EITC has a range of benefits (for summaries, see here and here). Its payments are concentrated among lower-earners, and it lifts about 6 million households above the poverty line. It encourages entering the labor force. It improves maternal and infant health.

All of which brings us back to the recent paper by Bastian and Michelmore. The amount of the earned income tax credit has varied over time because of changes in federal law and state law, and it is also designed to vary by size of family. They use these variations as a kind of "natural experiment." They use data from the  Panel Study of Income Dynamics (PSID), which tracks families over time and onto the next generation. They write:

This paper analyzed the long-run effects of childhood EITC exposure on education and employment outcomes among individuals born between 1967 and 1995. Using variation in federal and state EITC benefits over time by family size, results indicate that the EITC significantly improves a number of outcomes for children and that these improvements persist into adulthood. After a policy-induced $1,000 increase in EITC exposure between ages 13 and 18, we find that individuals are subsequently 1.3% more likely to complete high school by age 20 and 4.2% more likely to complete a college degree by age 26. These education gains also translate into increases in employment and earnings in adulthood. Estimates suggest that a $1,000 increase in EITC exposure from age 13 to age 18 leads to a 1.0% increase in the likelihood of being employed between ages 22 and 27 and a $560 (or 2.2%) increase in average annual earnings.

The broad benefits of the Earned Income Tax Credit, which go beyond providing income to low-wage families, create a distinct possibility that the program may come close to paying for itself. Indeed, Jacob E. Bastian and Maggie R. Jones have a recent working paper called "Do EITC Expansions Pay for Themselves? Effects on Tax Revenue and Public Assistance Spending"(December 9, 2018). They write:

We use administrative Internal Revenue Service tax data linked to Current Population Survey data on enrolment in public assistance programs to estimate the EITC's net cost. The evidence from three decades of EITC policy expansions implies that the EITC decreases public assistance received by mothers and increases payroll and sales taxes paid. Our estimates suggest that the EITC has a self-financing rate of 87 percent, so that the EITC's true cost is only 13 percent of the "sticker price."

On one side, it seems useful to dampen the enthusiasm about this result just a bit. It's a working paper, so numbers are subject to change. But more to the point, the main way in which the EITC "pays for itself" is by an offsetting reduction payments for other government support programs like welfare or housing assistance. Thus, the underlying argument is that it is better for government support to low-wage households to be channelled in a way that encourages work--not that total government support for those with low wages has declined.

On the other side, it seems plausible that the Bastian and Jones methodology considerably understates the gains from the EITC. It is based purely on increases in work effort by mothers. It doesn't take into account benefits to maternal and infant health, or the benefits to improved education and earnings for children. Including these kinds of benefits might plausibly yield a result that the $60-plus billion spent on the Earned Income Tax Credit  actually does pay for itself.