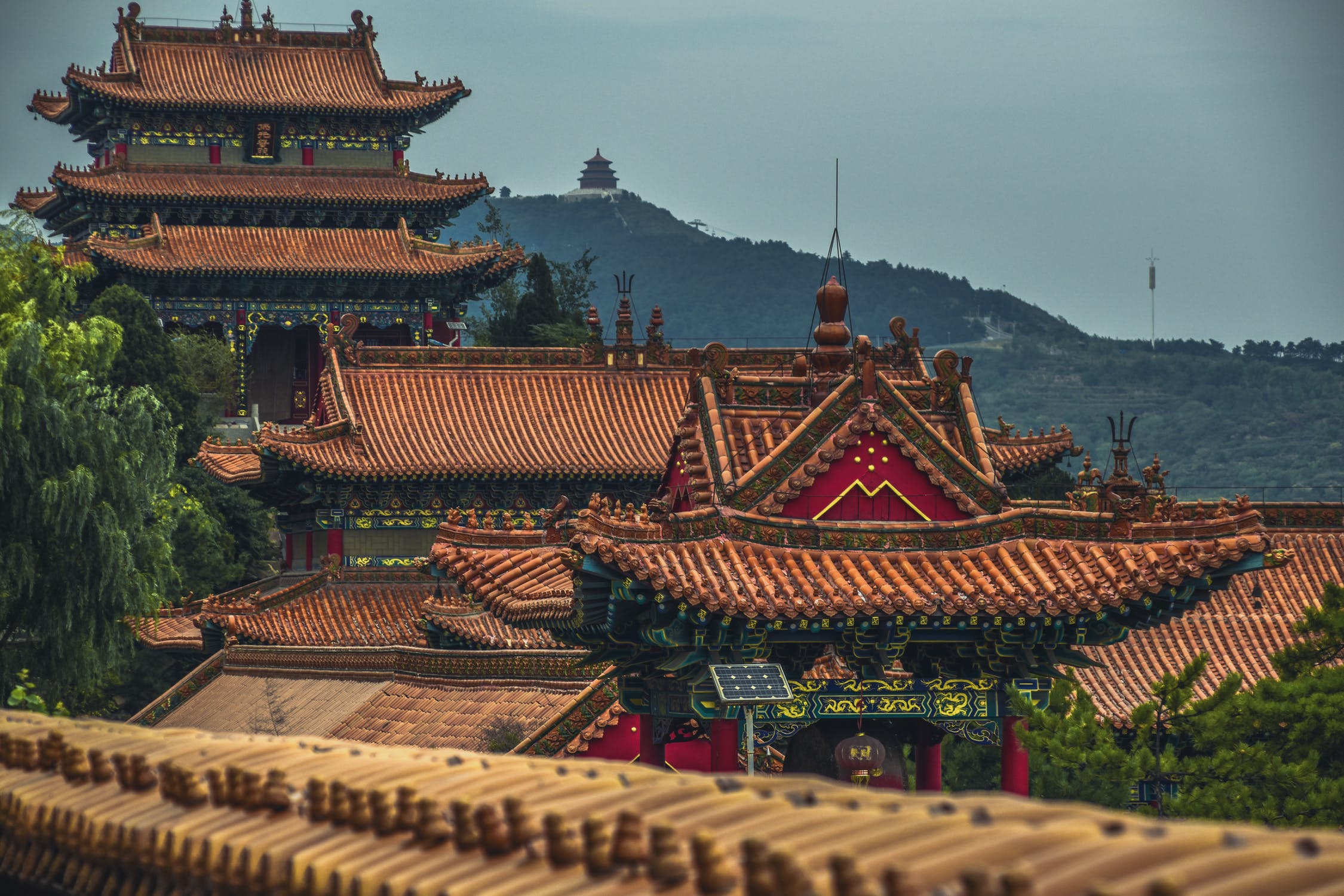 One of China's signature economic and foreign policy initiatives in the last few years has been the Belt and Road Initiative.

The idea was that China would lend money to national or local governments in other countries transportation or infrastructure projects, especially in Africa and Asia but also in Australia and Latin America. Chinese firms would often be hired to do much of the design and construction work, and China might maintain some ownership share of the project. The borrowing jurisdictions would then receive both immediate economic benefits from the construction effort itself and then longer-run benefits from being connected to an improved transportation infrastructure.

In theory, this plan could benefit all parties. In practice, there have been reasons for concern. I laid out some of the issues in "China's Belt and Road Initiative: Grand or Grandiose?" (September 10, 2018), "China's Belt and Road Initiative: The Perils of Being a Subprime Global Lender"(July 30, 2019), and "China's Belt and Road Initiative: Could It All Come Crashing Down?" (November 18, 2019). The basic concern was that a sizeable share of China's lending was for high-cost, low-benefit projects that had been turned down by other international lenders. While Chinese construction companies and elites in borrowing countries were benefiting in the short-term, a rising number of questions and concerns were being expressed in borrowing nations about the growing debt burden, environmental costs, and treatment of local workers. In addition, borrowing countries have noticed that China's infrastructure investment often seems to include a Chinese military or security component.

And then the global pandemic recession hit in 2020. China had less to lend, and borrowers were finding it harder to repay. Many projects of the Belt and Road Initiative faced an acid test. The Financial Times recently published this chart, showing overseas lending by the China Development Bank and the Export-Import Bank of China (two major official overseas lenders) compared with the World Bank. The data is based on estimates from the Global Development Policy Center at Boston University. 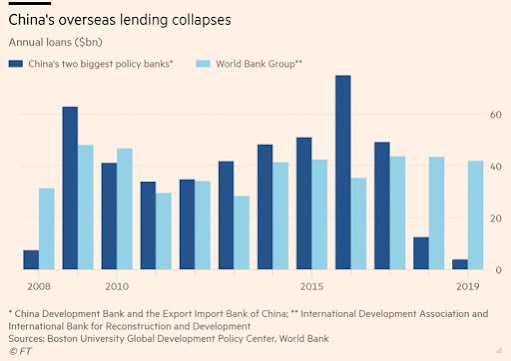 A group of researchers at the Overseas Development Institute, an international think-tank founded in 1960, focused on economic development issues, also offers a recent update in their report  "Pulse 1: Covid-19 and economic crisis – China’s recovery and international response," by Beatrice Tanjangco, Yue Cao, Rebecca Nadin, Linda Calabrese and Olena Borodyna (November 2020). They note that total Chinese investments abroad were already declining before the pandemic. They write:

Chinese investments in Africa and Latin America, in contrast, had been slowing even before the pandemic, after peaking in 2015–2016, due to a mixture of international criticism and Beijing’s desire to improve the quality of its projects and lending. Data on lending from the China-Africa Research Initiative and The Dialogue show loans to African countries falling from a peak of $29.4 billion in 2016 to $8.9 billion in 2018, while loans to Latin American countries also slowed, from $21.5 billion in 2015 to $1.1 billion in 2019.

The ODI team notes that Belt and Road Initiative remains a priority for China: indeed, it argues the Belt and Road initiative in some specific areas have continued to rise, despite the overall decline in China's overseas investment. But there are clearly signs of stress. As the ODI report notes (EPC is an acronym standing for engineering, procurement, and construction):

As low- and middle-income countries face mounting debt problems due to Covid-19, China’s attention in the short term will be on dealing with debt renegotiations ...  Surging debt, moreover, may also accelerate the shift in the type of overseas project we are seeing from China. The old ‘EPC + Chinese finance’ model,  whereby the interests of Chinese companies and local elites take precedence over the good  of the borrowing country, which bears a disproportionate amount of the project failure risk, will become even more unsustainable amid countries’ reduced capacity to take on debt and risk.

China has agreed to participate in the Debt Service Suspension Initiative (DSSI) overseen by the G20 group of countries. but exactly how it will work is not yet clear. Other countries and the IMF are of course not eager to bail out China's loans. There is also talk of refocusing the Belt and Road Initiative (BRI) away from infrastructure in general. The ODI report notes:

The potential rebranding of China’s engagement with low- and middle-income countries around ‘high-quality’ BRI, with a focus on green energy, ICT [information and communications technology] and digital infrastructure. The renewed push on ICT and digital infrastructure comes as no surprise, as China started investing in these sectors in African countries as early as 2006. However, a recent increase in focus on science, innovation and technology as a driver of growth is expected to spur exponential growth, both domestically and along the BRI, in e-commerce, cloud computing, digital finance (fintech), communications infrastructure, smart cities, industrial internet, medical technology and digital supply chains. It will be important for developing countries to understand the long-term development, security and financial risks and opportunities involved.

The pushback against China's Belt and Road Initiative in many countries is very real. A Bloomberg report from a few days ago notes some news from Australia: "The laws passed by Parliament on Tuesday will give the foreign minister the ability to stop new and previously signed agreements between overseas governments and Australia’s eight states and territories, and with bodies such as local authorities and universities." In some ways, China is relearning a lesson that many lenders in high-income countries figured out a few decades ago: A lender's popularity is likely to be highest when a loan is announced and work has just started. But the lender's popularity will then steadily decline as issues on the ground become apparent and repayments on the loan become due.