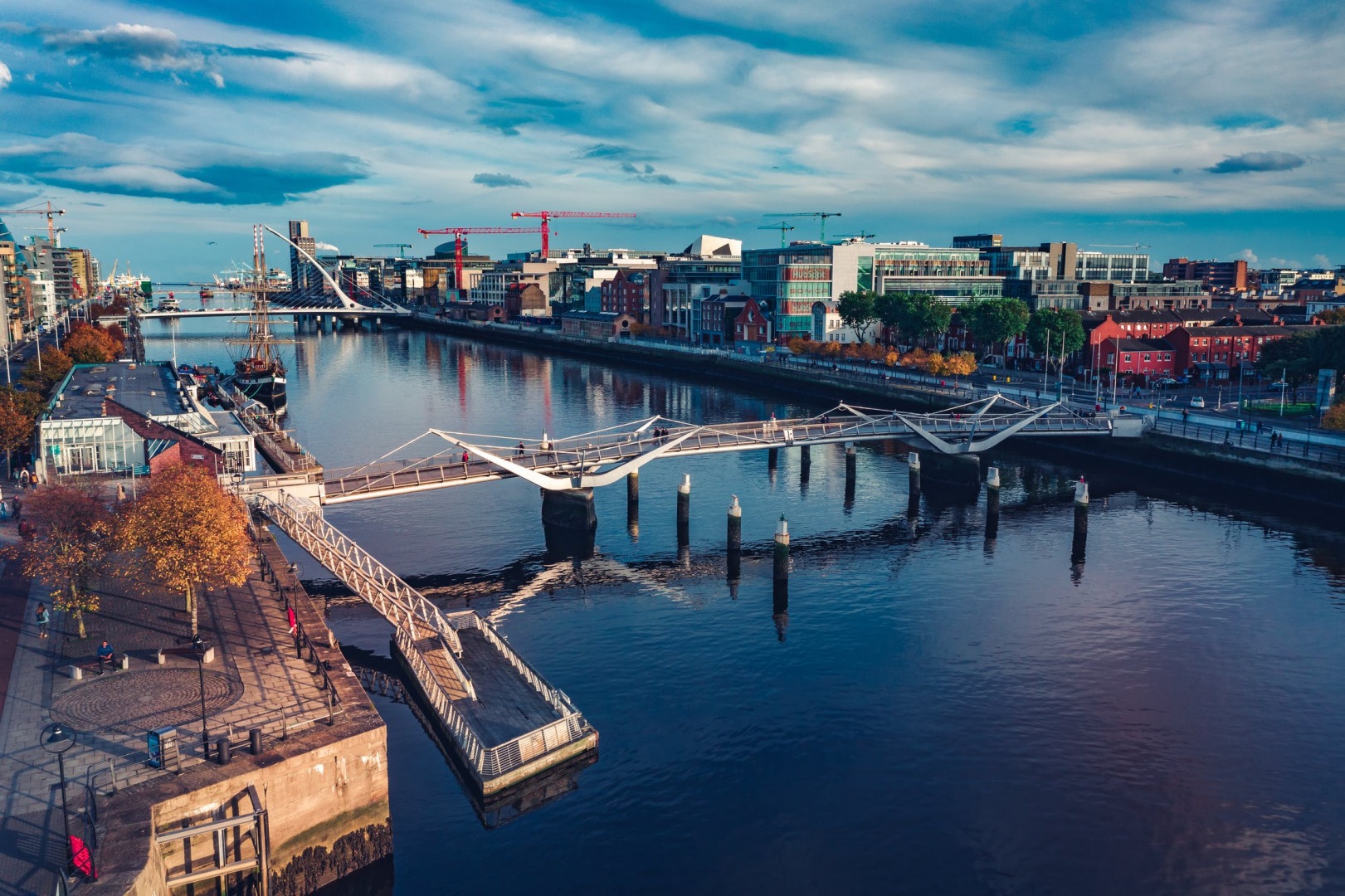 Most of the International Debt Statistics 2022 report just published by the the World Bank is region- and country-level tables about types of financial inflows and outflows with a focus on low- and middle-income countries.

But the “Overview” essay at the start, which lays out some of the overall patterns, has a section called “China: The Largest Borrower and Lender among Low- and Middle-Income Countries.” The discussion emphasizes China’s decision to become central to international finances of low- and middle-income countries.

There are several kinds of international financial flows: debt, which includes corporate and government debt; foreign direct investment, which is a purchase of an ownership stake of at least 10% in a company; and portfolio investment, which is a purchase of equity that involves a smaller stake. The report notes that in 2020, net inflows of international capital to China rose, while net inflows to the rest of low- and middle-income countries dropped:

China accounted for over half of the combined aggregate net inflows to low- and middle-income countries in 2020. Aggregate financial flows to China rose 33 percent in 2020 to $466 billion, equivalent to 51 percent of aggregate financial flows to all low- and middle-income countries. Inflows to China were driven by a 62 percent increase in net debt inflows to $233 billion, from $144 billion in 2019, and a 12 percent rise in net equity inflows also to $233 billion. … This was in sharp contrast to aggregate net financial flows to other low- and middle-income countries, which fell 26 percent in 2020 to $443 billion, from $602 billion in 2019. The decline was due to a 21 percent contraction in debt inflows and a steeper 31 percent fall in net equity inflows. Within net equity flows, FDI fell 23 percent and portfolio equity flows were negative with an outflow of $24 billion compared to a small, $3 billon inflow in 2019.

Part of the reason for the rise in debt inflows to China is a set of policy decision to make the China Interbank Bond Market (CIBM) more accessible to international investors. As the report notes: “The CIBM, China’s domestic bond market to which non-resident have access, has an estimated market value of $12 trillion at end-2020, making it the world’s second-largest bond market after the United States, or third if the Eurozone markets are counted together as one.” Here are some of the steps taken by China to encourage foreign bond investors include:

Since 2016, Chinese authorities have implemented various programs and measures to improve non-resident access to the CIBM. The introduction of the CIBM Direct Access program removed investment quotas or repatriation restrictions for foreign institutional investors. The Bond Connect program, launched in July 2017, gave investors the option of registering and settling trades onshore, easing investor concerns over repatriation and capital account risk since the assets are held and settled offshore. In 2018, repatriation and holding period restrictions were removed. In June 2020, quota restrictions were abolished, and repatriation of fund procedures simplified, while in November 2020, in response to investor feedback on ease of access, the application process was streamlined. Inclusion of renminbi (RMB) bonds in the Bloomberg Barclays Global Aggregate Index and China-A shares in FTSE Russell emerging market index and automated links between the Shanghai, London, and Hong Kong SAR, China markets also encourage and facilitate foreign investors’ appetite for access to RMB bonds. 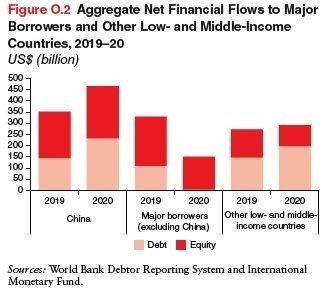 Aside from China, the downturn in aggregate financial flows to the largest borrowers was much sharper than to other low- and middle-income countries. Aggregate financial flows to low- and middle-income countries’ nine largest borrowers, excluding China (defined on the basis of end-2020 external debt stock), fell to $151 billion in 2020, close to half the
comparable figure for 2019. This reflected a near total collapse in net debt inflows, which plummeted from $110 billion in 2019 to $4 billion in 2020 and a 33 percent contraction in net equity inflows. In contrast, other low- and middle-income countries recorded a 7 percent rise in aggregate financial inflows in 2020 to $292 billion underpinned by a 36 percent increase in net debt inflows to $198 billion. However, net equity inflows fell 26 percent, in parallel with those of the nine major borrowers. As a result, net debt inflows accounted for 68 percent of aggregate financial flows to these countries in 2020 as compared to 54 percent in 2019.

Low- and middle-income countries’ combined debt to China was $170 billion at end-2020, more than three times the comparable level in 2011. To put this figure in context, low- and middle-income countries’ combined obligations to the International Bank for Reconstruction and Development were $204 billion at end-2020 and to the International Development Association $177 billion. [These two organizations are arms of the World Bank.] Most of the debt owed to China relates to large infrastructure projects and operations in the extractive industries. Countries in Sub-Saharan Africa, led by Angola, have seen one of the sharpest rises in Chinese debt although the pace of accumulation has slowed since 2018. The region accounted for 45 percent of end-2020 obligations to China. In South Asia, debt to China has risen, from $4.7 billion in 2011 to $36.3 billion in 2020, and China is now the largest bilateral creditor to the Maldives, Pakistan, and Sri Lanka. 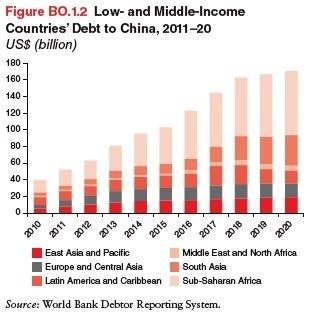 In a big-picture sense, what’s interesting here is that China’s expanded involvement in international financial flows also implies added interdependencies. When you rely on inflows of debt, you become interdependent with lenders. When you become a big lender, you are interdependent with borrowers. There is often a quick assumption that in these lender-borrower relationships, the lender has greater power to exert influence, but it seems to me that the situation is often more complex. For example, I don’t doubt that China seeks to expand its influence by lending to many other low- and middle-income countries, but as the US and many other high-income countries discovered decades ago, other countries can become surly, uncooperative, and downright unfriendly as a result of debts that they owe. In addition, if China wants a continued inflow of international capital, then its government will need to abide by and even expand the kinds of market-opening reforms that have encouraged that inflow.