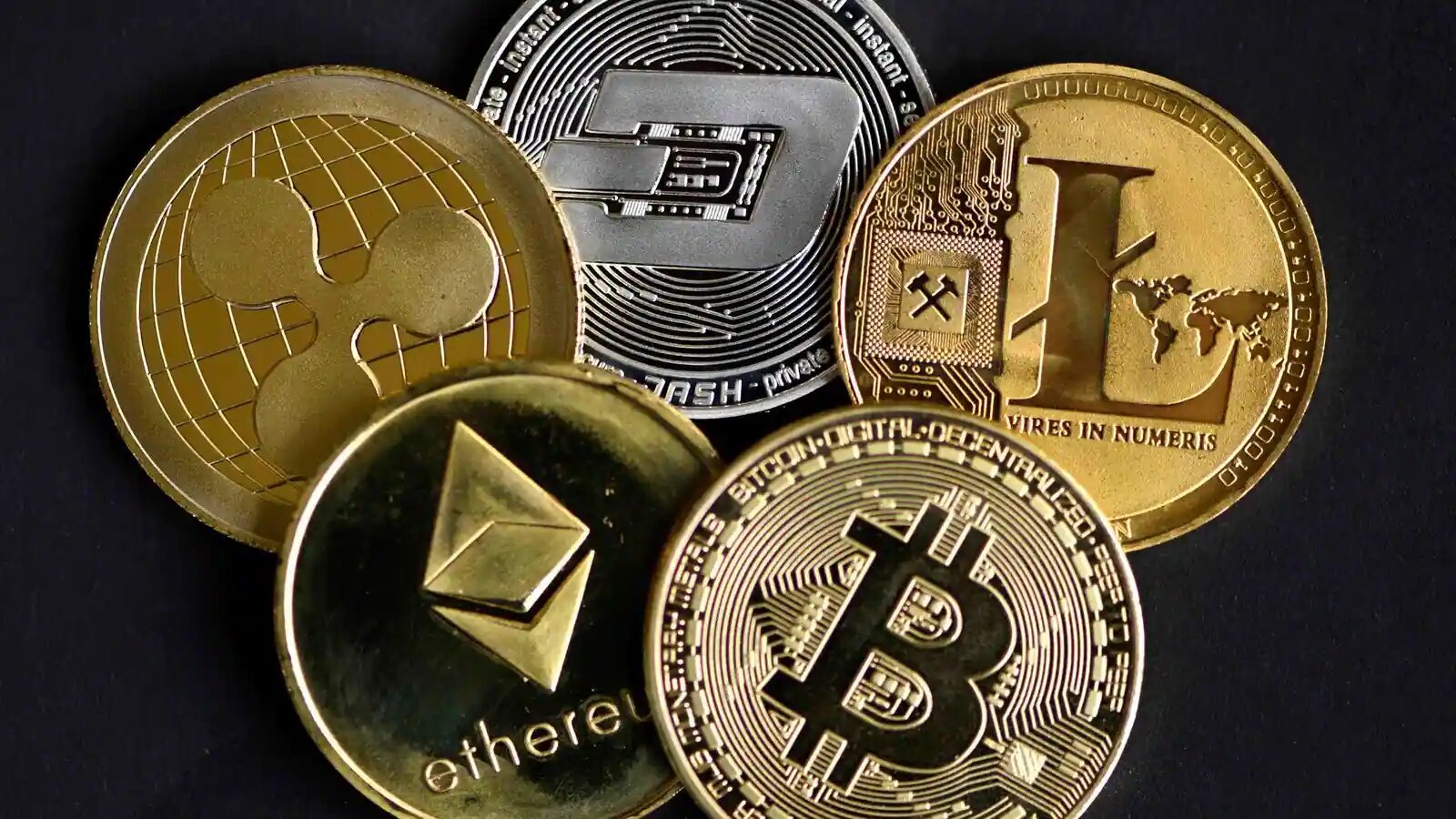 It seems clear that crypto is growing, but less clear (at least to me) what, if anything, needs to be done about it.

The size and growth rate of crypto assets does demand some attention. As the figure shows, total market value of these assets was under $500 billion in late 2020, but has been as high as $2.5 trillion in 2021. The figure also shows that Bitcoin (in the red) continues to have an outsized if diminishing share of the crypto market. 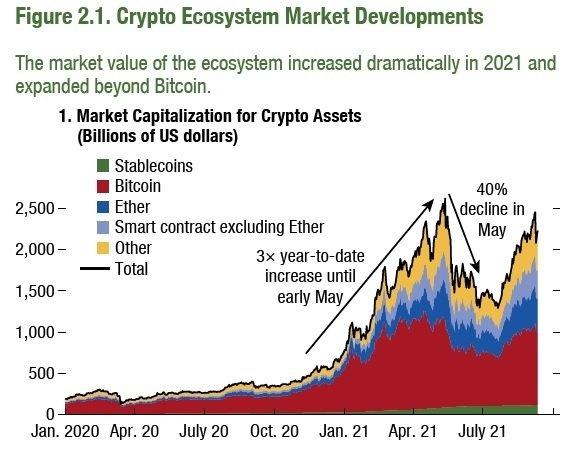 The conception of Bitcoin as a way of having anonymous but trustworthy transactions was brilliant, but the real-world shortcomings of Bitcoin as an alternative medium of exchange have become apparent. Bitcoin is a slow and costly method of making transactions, and thus unsuitable for casual everyday use. Instead, the primary users of Bitcoin have been those for whom anonymity is especially valuable–often because they are skirting or breaking the law–and those who want to speculate on the rising and falling value of the asset.

These weaknesses of Bitcoin have pushed crypto in two directions: trying to find ways in which transactions made by crypto can be done more cheaply and quickly, and trying to establish forms of crypto with a fixed value that doesn’t fluctuate much. These goals are in some ways intertwined: when agreeing to make or accept a payment in a cryptocurrency, many users would like to have a sense that the value of cryptocurrency itself is stable.

Thus, one innovation getting a lot of attention is “stablecoins,” which are a form of cryptocurrency that are backed by conventional and usually US-dollar-based financial assets. Here’s a figure showing some leading stablecoins and the financial asset behind them. 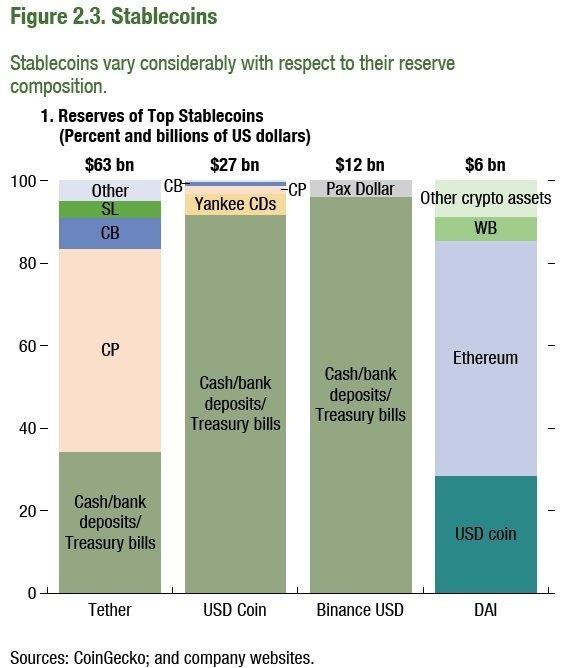 The prominence of stablecoins raises some obvious questions. Are these functionally the same as money market mutual funds? If you are going to rely on stablecoins for transactions, and stablecoins are based on conventional US-dollar financial assets, then why not just rely on the US dollar in the first place? The IMF points out that if an economy decides to make widespread use of the main existing stablecoins–perhaps as a way of reducing the transaction costs of moving payments across national borders–that country is in effect choosing to “dollarize” that part of its money and its economy.

The most prominent alternative to Bitcoin that is seeking to make crypto more effective for transactions seems to be Ether, operated through the Ethereum marketplace. The IMF notes:

Bitcoin remains the dominant crypto asset, but its market share has declined sharply in 2021 from more than 70 percent to less than 45 percent. Market interest has grown for newer blockchains that use smart contracts and aim to solve the challenges of earlier blockchains by introducing features to ensure scalability, interoperability, and
sustainability. The most prominent is Ether, which surpassed Bitcoin trading volumes earlier in 2021 …

The other growth area in crypto in the last year or so is what the IMF calls “decentralized finance,” or DeFi for short (footnotes and references to figures omitted):

The crypto world has just experienced an enormous shock: the just-announced outright ban by China on participating in cryptocurrency markets, which was announced the day before the IMF discussion was released and thus not included in the report. However, a major proportion of crypto activity had been based in China. The IMF writes that “[f]inancial stability risks are not yet systemic” for crypto markets. But of course, as an international bureaucracy, the IMF also bravely offers a clarion call for more data and sensible rules: “Policymakers should implement global standards for crypto assets and enhance their ability to monitor the crypto ecosystem by addressing data gaps. As the role of stablecoins grows, regulations should correspond to the risks they pose and the economic functions they perform.”

For myself, I’ve been intrigued for years about what is happening in the world of cryptocurrencies and more generally how non-currency uses of blockchain could evolve. But it’s fine with me if the players in those markets continue to experiment in a substantially unregulated environment for a while longer.