Europe Needs to Harmonize to Ireland

Europe Needs to Harmonize to Ireland 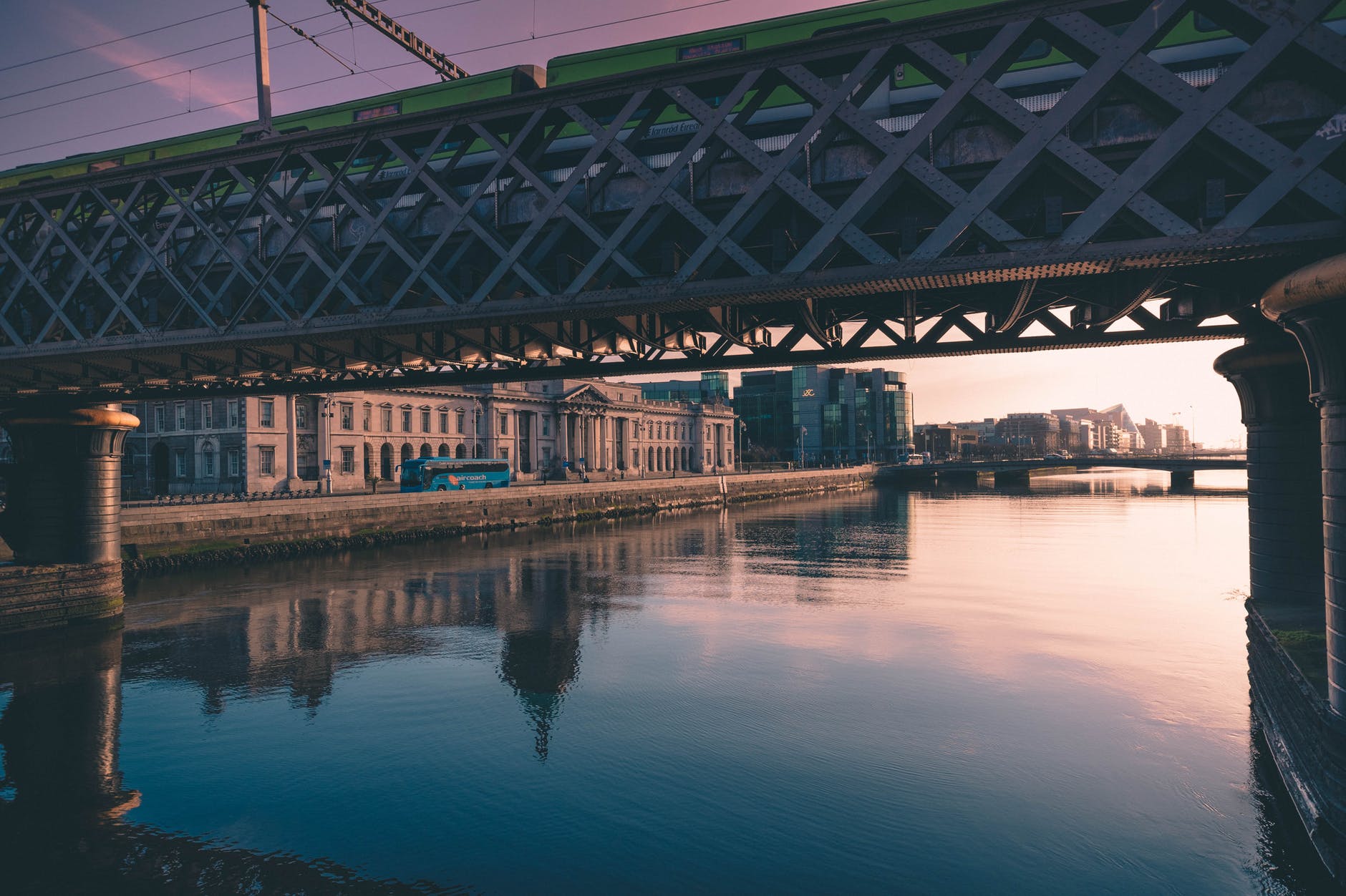 Whenever we talk about tax cuts and growth-oriented tax programs in Europe, many tell us that “it is not possible” and that the European Union does not allow it.

However, it is false. Attractive, growth-oriented tax systems are not only possible in the European Union, but those countries that implement them have higher economic growth rates, less unemployment, and a first-class welfare state.

To deceive us, we are forced to ignore Ireland, The Netherlands or Luxembourg as well as most of the technology and job creation leaders.

Lower taxes and greater liberalization than in the rest of the Eurozone means higher growth, better wealth and greater social welfare. The economic miracle of Ireland is not statism. Its secret is to put budgetary stability, investment attraction, private initiative and maximize disposable income of citizens as the pillars of its economic policy.

Ireland has a corporate tax of 12.5% and a rate of 6.25% on income from patents and intellectual property, a key factor to attract technology companies. Its minimum salary is almost double that of Spain, Portugal and other Eurozone countries, the average pension is higher as well and its health and education systems are of the highest quality, with nine universities among the best in the world according to the Best Global Universities Ranking 2018.

Only a few years ago, Ireland was close to the edge financially, and its 10-year bond yield rose to 14%. Ireland was considered one of the highest risk of default countries with Spain, Portugal, Greece or Italy. Since then, low taxes, budget control and reforms oriented at attracting capital have made Ireland become the fastest-growing European economy, with an unemployment rate that is less than half that of Spain, for example.

The European Union does not need to harmonize fiscal systems, but if it did, it should do so implementing the systems that promote growth and jobs, not the ones that promote stagnation.

A confiscatory tax system and a hypertrophied public sector have only created debt and stagnation in the Eurozone countries that have implemented them. France is a key example.

The last time France had a balanced budget was in 1980, and since 1974 it has never generated a surplus. Public debt reached 97% of GDP and the economy has been stagnating for two decades. Unemployment stands at 9.2% (with 20.4% youth unemployment ) and in 2017 it still had a current account deficit of 6.5 billion euros while the Eurozone has a surplus.  In a country where public spending exceeds 57% of GDP, where public administration spending has grown by more than 13% since 2008 and 22% of the active population works for the State, local governments and public entities, talking of austerity is a bad joke. In addition, France has spent tens of billions on ‘stimulus plans’ since 2009 . Specifically, 47 billion euro in 2009, 1.24 billion to the automotive industry and two ‘growth plans’ under the Hollande mandate: 37.6 billion euro (‘investments’) and 16.5 billion (‘technology’).

According to the PriceWaterhouseCoopers Paying Taxes study of 2018, European companies suffer a tax wedge of 40%. That fiscal wedge is almost 40% lower in countries like Luxembourg, Ireland or Denmark and 12% lower in the Netherlands. 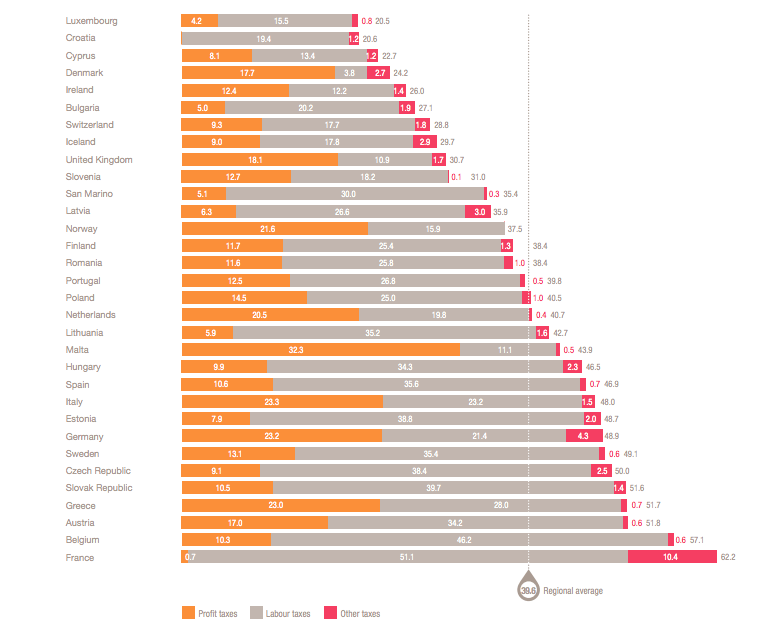 If we look at families, it is very similar. Most Eurozone countries have a tax wedge on families with one salary and two children that is twice the average of Ireland, Switzerland or Luxembourg and 20% higher than the Dutch.

But what about social protection and welfare? Ireland, the Netherlands or Luxembourg have some of the best and most efficient welfare systems.

Interventionists always talk of the Nordic countries as nations with very high taxes and yet their tax wedge is lower for companies and families than the average of the Eurozone.

Countries with higher taxes do not have better welfare or social protection, but do have higher unemployment rates, weaker growth and higher debt. High taxation discourages economic activity, investment and consumption and, on top, tax revenues weaken.

Macron is calling for a harmonization of the tax systems in Europe. I agree. Let us harmonize to the Ireland level. But no, what Macron implies when he uses the word “harmonizing” is “increasing taxes”. The recipe for unemployment and stagnation.

Governments willingly ignore the beneficial effect of growth-oriented taxation because their objective is not growth, investment or employment, but control.

Europe’s tax model cannot be to impose what does not work. We need to lower taxes to grow and create more employment. High taxes do not guarantee the welfare state, they make it unsustainable.