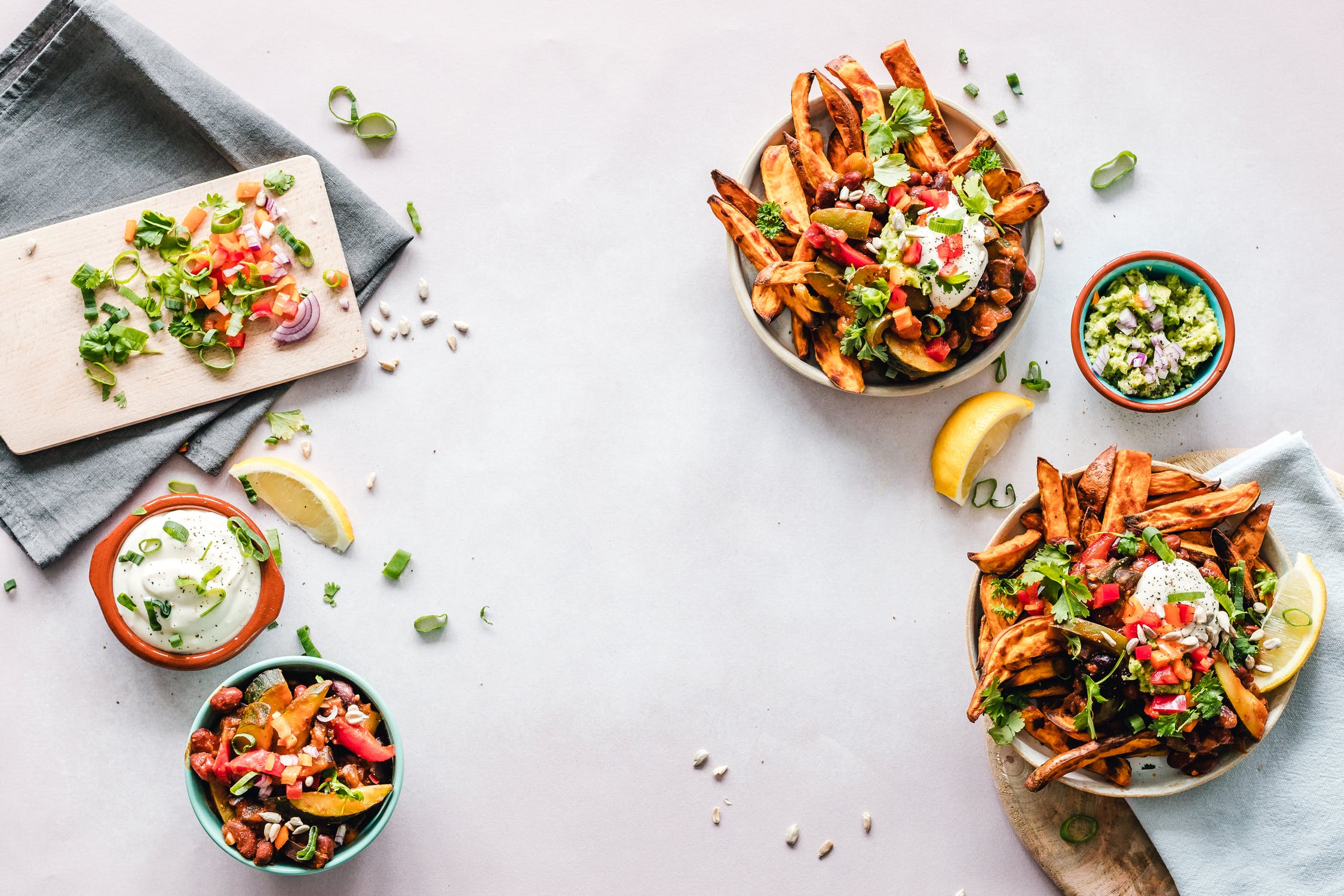 The number of people receiving benefits from the Supplemental Nutrition Assistance Program (SNAP), perhaps better know as "food stamps," rose slowly in early 2000s, then leaped during the Great Recession, and now has been sagging lower for a few years, although remaining above pre-recession levels. Victor Oliveira gives a quick overview in "The Food Assistance Landscape:FY 2018 Annual Report" (US Department of Agriculture, April 2019)

Here's a figure showing the number of SNAP recipients and total spending on the program. 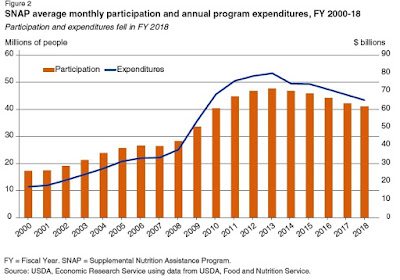 And here's a figure showing the percentage of Americans receiving food stamps. 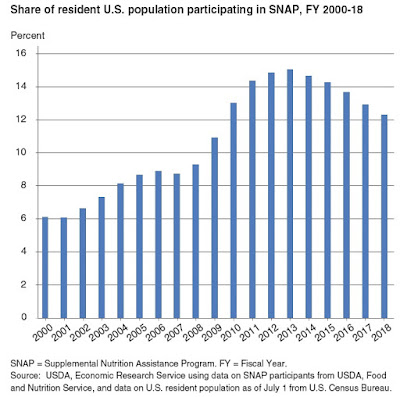 The modest rise in food stamp spending before the Great Recession reflects changes in federal rules making it easier for people to apply, and also easier for states to certify to the federal government that the benefits are being targeted.

The sharp rise in food stamp spending did not reflect any substantial change in eligibility standards. Instead, it mostly showed that many more people fell under the pre-existing eligibility rules when the recession hit. There was also a temporary boost in SNAP benefits in the Recovery Act of 2009. But there was also an additional change. The "take-up rate" for SNAP benefits rose: that is, those who were eligible for benefits were more likely to apply for them and receive them. Dottie Rosenbaum and Brynne Keith-Jennings of the Center on Budget and Policy Priorities provide some information in "SNAP Caseload and Spending Declines Have Accelerated in Recent Years" (June 6, 2019). Here one of their figures:

What seems to have happened is that more people became aware that they were eligible for SNAP benefits, and even as the unemployment rate has fallen in recent years, the take-up rate for benefits has stayed high. Here's a breakdown by age of what they call the "participation rate," meaning the share of those who are eligible who participate in the program.

Of course, these higher participation or take-up rates aren't occurring in a vacuum. People tend to think of the SNAP program as supporting food purchases, but as economists have pointed out for a long time, providing a way for people to buy food also frees up other income to purchase other goods. For this reason, SNAP plays much broader role in the safety net than just a nutrition-assistance program.

For context, SNAP spending was $68 billion in 2018, and it all comes from the federal government with the same rules applying across states. This is about the same size as the Earned Income Tax Credit, counting both tax revenues foregone and refundable credits paid under that proram. As another comparison, total spending on Temporary Assistance for Needy Families (TANF) is often thought of as the nation's main welfare program, but it spent only about half as much in 2018--and half of that funding came from states with a high level of variation in benefits. For example, monthly TANF benefit levels for a family of three were $714 in California in 2018, compared with $170 per month in Mississippi. In many states with low TANF benefits, SNAP offers considerably more assistance to low-income families.

The Supplemental Nutrition Assistance Program (SNAP)" (June 25, 2019) provides a quick overview of how the program works:

The average SNAP recipient received about $127 a month (or about $4.17 a day, $1.39 per meal) in fiscal year 2018. The SNAP benefit formula targets benefits according to need: very poor households receive larger benefits than households closer to the poverty line since they need more help affording an adequate diet. The benefit formula assumes that families will spend 30 percent of their net income for food; SNAP makes up the difference between that 30 percent contribution and the cost of the Thrifty Food Plan, a diet plan the U.S. Agriculture Department (USDA) establishes that is designed to be nutritionally adequate at a very low cost.

Thus, what's happening with SNAP benefits in recent years is that the number of people eligible is declining, as it should when unemployment rates have fallen this low, but the take-up or participation rate in the program has remained high. As one more sign of this shift, the share of SNAP recipients who are also working has been rising over time.