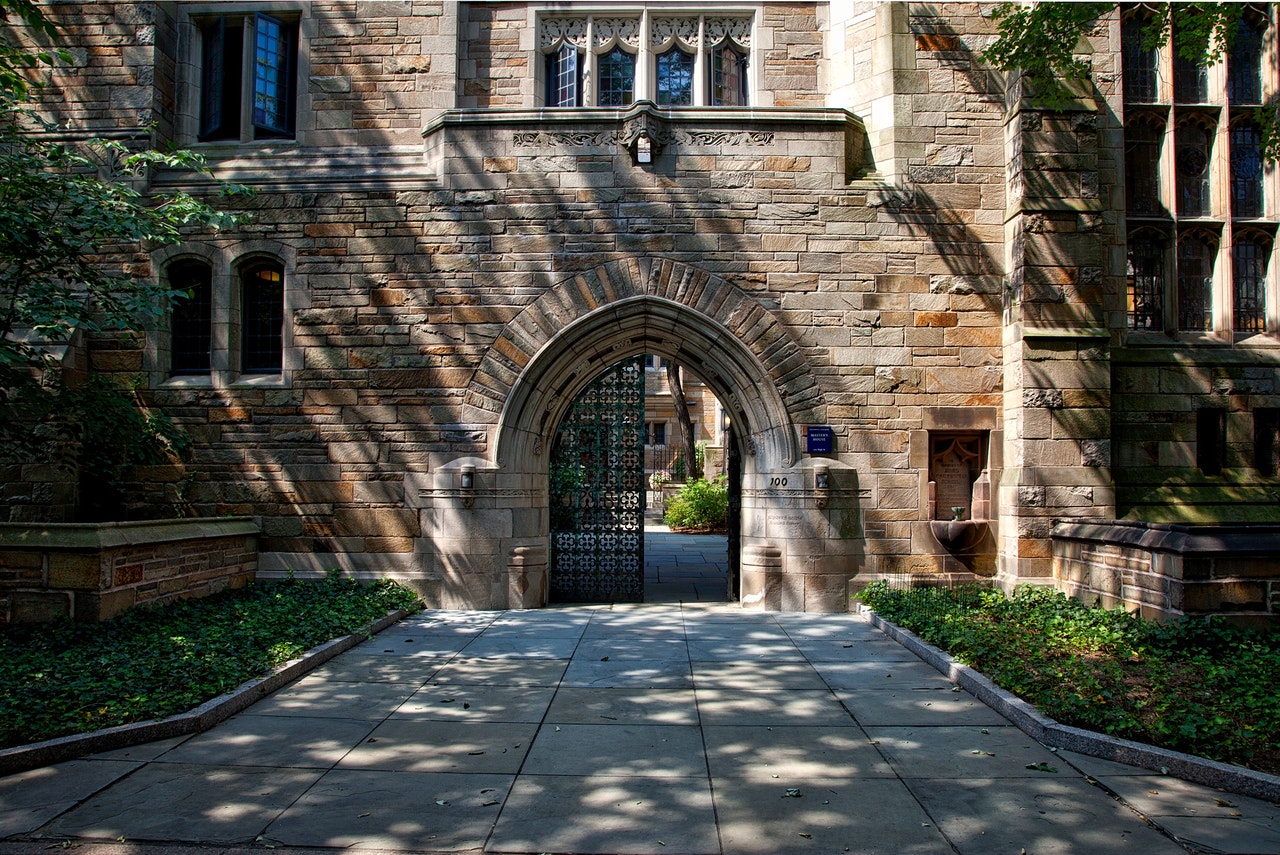 The rate at which students completed college was rising from 1990 to 2010.

There are several possible explanations why. Perhaps incoming students were better prepared than in the past. Perhaps colleges did a better of teaching, so that the average students learned more than in the past. Or perhaps the rising graduation rate mostly reflects grade inflation.

The last explanation is the one favored by Jeffrey T. Denning, Eric R. Eide, Kevin J. Mumford, Richard W. Patterson, and Merrill Warnick in their research paper, “Why Have College Completion Rates Increased?”

This figure shows the rise in college graduation rates (within six years of enrollment), with the black dashed line showing the overall average and the colored lines showing different groups of schools.

Can better-prepared incoming students explain this trend? Probably not. As the authors point out, the share of students attending college has been rising over time, which probably means that less-prepared students who would not have attended college in the past are now doing so. Good for them! But it means that a theory based on the idea that average income students are better-prepared isn’t likely. Average test scores in math and reading of 17 year-olds on the nationally representative National Assessment of Educational Progress (NAEP, sometimes called “the nation’s report card”) were not rising over this interval, either. There doesn’t seem to be a shift over time toward majors that have higher graduation rates. The partial evidence that exists suggests that college students spend fewer hours studying than in the past, but more hours in paid employment outside of class. As the authors write:

We discuss relevant trends that could affect college graduation, such as the college wage premium, enrollment, student preparation, study time, employment during college, price, state support for higher education, and initial college attendance. The trends in these variables would predict declining college graduation rates almost uniformly. … [L]longitudinal, student-level datasets have information on high school student background, academic preparation, college enrollment, and graduation outcomes. We find that student characteristics, institutional resources, and institutions attended explain little of the change in graduation rates. … Put another way, equally prepared students in later cohorts from the same zip code, of the same gender and race, with the same initial courses, the same major, and at the same institution have higher first- year GPAs than earlier cohorts.

But along with college graduation rates, college grades are also on the rise across the different kinds of colleges (except for the for-profit schools), which suggests the possibility of grade inflation.

Instructors, departments, and institutions may have incentives to inflate grades or increase GPAs [grade point averages] for reasons other than student performance. Instructors who give students higher grades receive better teaching evaluations (Krautmann and Sander 1999; Langbein 2008). Departments that increase grades see higher student enrollments (Butcher, McEwan, and Weerapana 2014). Additionally, colleges have strategic incentives to offer less informative grades (Boleslavsky and Cotton 2015) and institutional efforts to curb grade inflation can fail to make transcripts more informative and can instead reduce welfare (Bar, Kadiyali, and Zussman 2012). Increasing grades explain, in a statistical sense, a majority of the changes in graduation rates in our decomposition exercise.

How might one find evidence on the tricky topic of whether higher grade and graduation rates just reflect student learning more, or whether it is grade inflation? The authors have detailed student-level data from an unnamed “public liberal arts college,” which has trends in grades and graduation rates similar to the broader sample. At this school, they have access to scores on final exams and also to the grades given for classes. In some courses, the same (or very similar) final exams were given over time: as best the authors can tell, the final exams are not getting harder over time. They write: “Students with the exact same score on the exact same final exam earned better grades in later years. Our finding that grades are increasing over time, even when student characteristics and performance on identical comprehensive final exams are accounted for, suggests that standards for degree receipt are easing over time at the public liberal arts college.”

Why did grade point averages increase? The authors emphasize that there has been public and policy emphasis on higher graduation rates, and that “the increase in graduation rates is concentrated at public schools that have seen more of their funding tied to graduation. However, we find that grades have risen at all school types aside from for-
profit colleges. Further, spending per student declined, suggesting that colleges did not increase spending to help students graduate.” That hypothesis is probably part of the truth. I also suspect that as costs of college have skyrocketed, there is more of a transactional sense to higher education: that is, you paid the bills and so you can expect to get the degree.

As the authors point out, a higher college graduation rate based on grade inflation isn’t necessarily a bad thing for society as a whole. After all, a given standard for graduating from college is not a fact of nature, like the boiling point of water, but rather a judgment call. Maybe it should be a little easier to graduate from college? But when the standard eases, it also has implications for how a college student with median or below-median grades will be viewed when trying to enter the labor market.