Health Care Headed for One-Fifth of US Economy

Health Care Headed for One-Fifth of US Economy 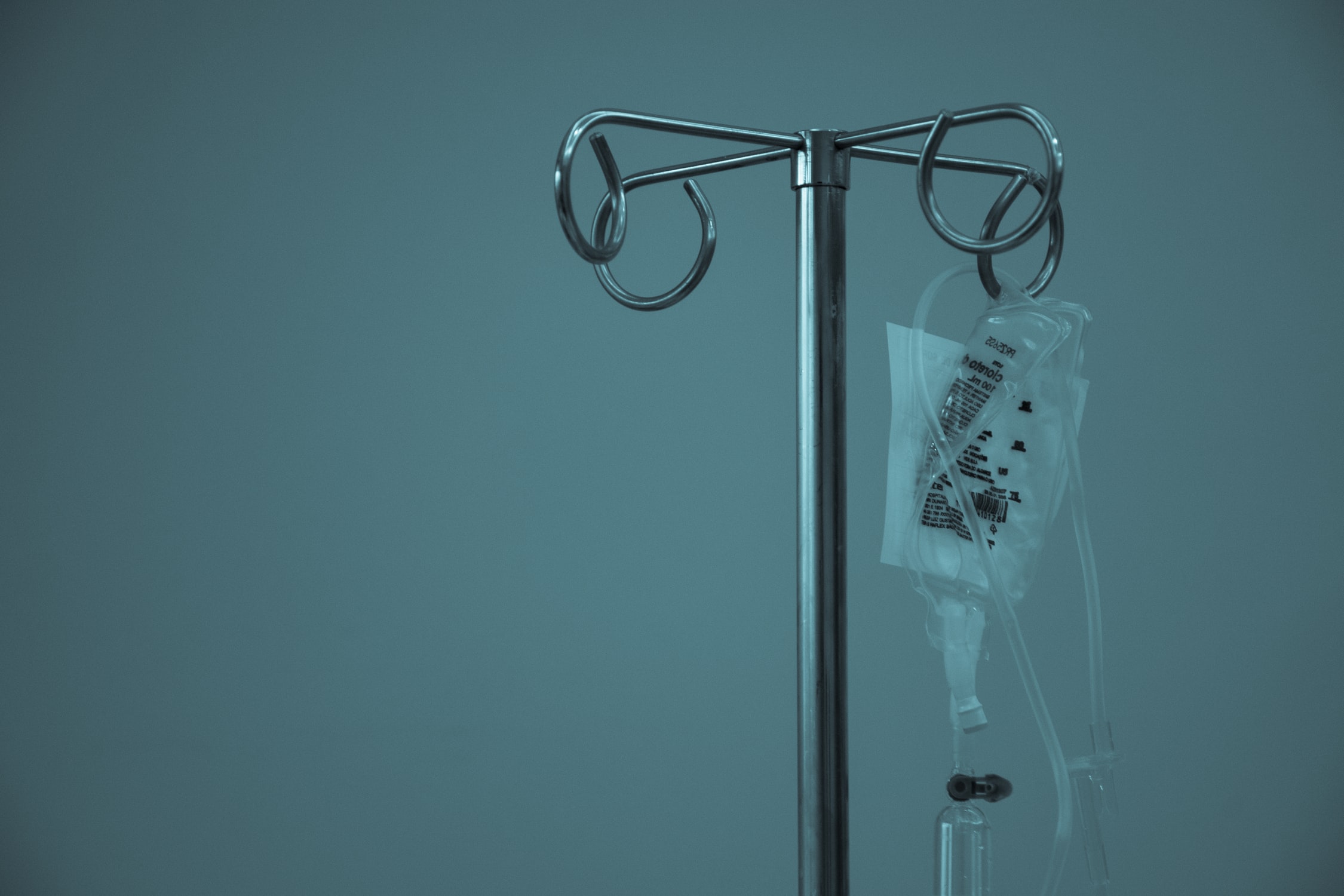 I view myself as a fairly jaded consumer of statistics on rising health care costs, but the most recent 10-year projections from the US Centers for Medicare and Medicaid Services widened my eyes.

National health spending is projected to increase 5.4 percent per year, on average, for 2019– 28, compared to a growth rate of 4.5 percent over the past three years (2016–18). The acceleration is largely due to expected faster growth in prices for medical goods and services (2.4 percent for 2019–28, compared to 1.3 percent for 2016–18). Growth in gross domestic product (GDP) during the projection period is expected to average 4.3 percent. Because national health spending growth is expected to increase 1.1 percentage points faster, on average, than growth in GDP over the projection period, the health share of GDP is expected to rise from 17.7 percent in 2018 to 19.7 percent in 2028 ...

2) I'm not in the business of predicting long-run effects of COVID-19, but it seems unlikely to me that the result will be a smaller rise in health care spending.

3) At this point, it's fairly clear  that the Patient Protection and Accessible Care Act of 2010 didn't have much lasting effect on holding down health care costs.

4) Just for perspective, remember that the US already leads the world in health care spending by a wide margin. This figure shows OECD data on health care spending for 2018 as a share of GDP compared with a selection of countries, with the bar for the US at the far left. The red bar is the average for the 36 OECD countries. 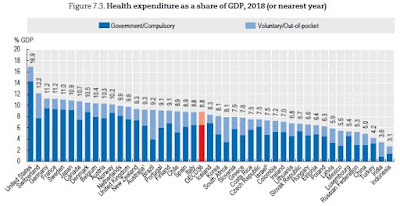 This figure shows per capita health care spending across a selection of countries, with the bar for the US again at the far left. Again, the red bar is the average for the 36 OECD countries. 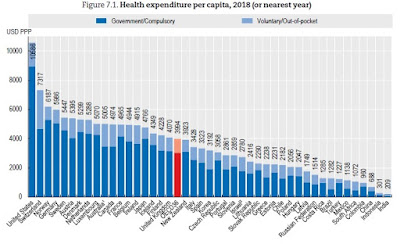 5) It's not rocket science to figure out some ways to at least hold down the rise in US health care spending. Some of the policies would focus on non-medical interventions, like exercise and diet. Some would focus on helping patients to manage chronic conditions, so that they are less likely to turn into hyper-expensive episodes of hospitalization. There are mainstream estimates that perhaps 25% of health care spending is wasted.

6) There is some evidence that Americans are beginning to put the costs of health care as the top issue of concern for them in US health care policy. The reasons have all been said before, but they bear repeating. When companies compensate employees, the more they spend on employee health insurance, the less they have to spend on take-home pay. A substantial part of government support for the poor is in the form of health insurance (over $8,000 per Medicaid enrollee), not money they can spend on other needs. Health care expenses are a main driver of tight and inflexible government budgets at the state level, and of long-term rising budget deficits at the federal level. Americans are paying a lot more for health care than other countries, but not obtaining better health outcomes than other countries.

None of this is new. But as we head for a US economy that is one-fifth health care, the path we are on is perhaps worth renewed consideration.