How Poverty Changed in 2020: Mixed Measures

How Poverty Changed in 2020: Mixed Measures 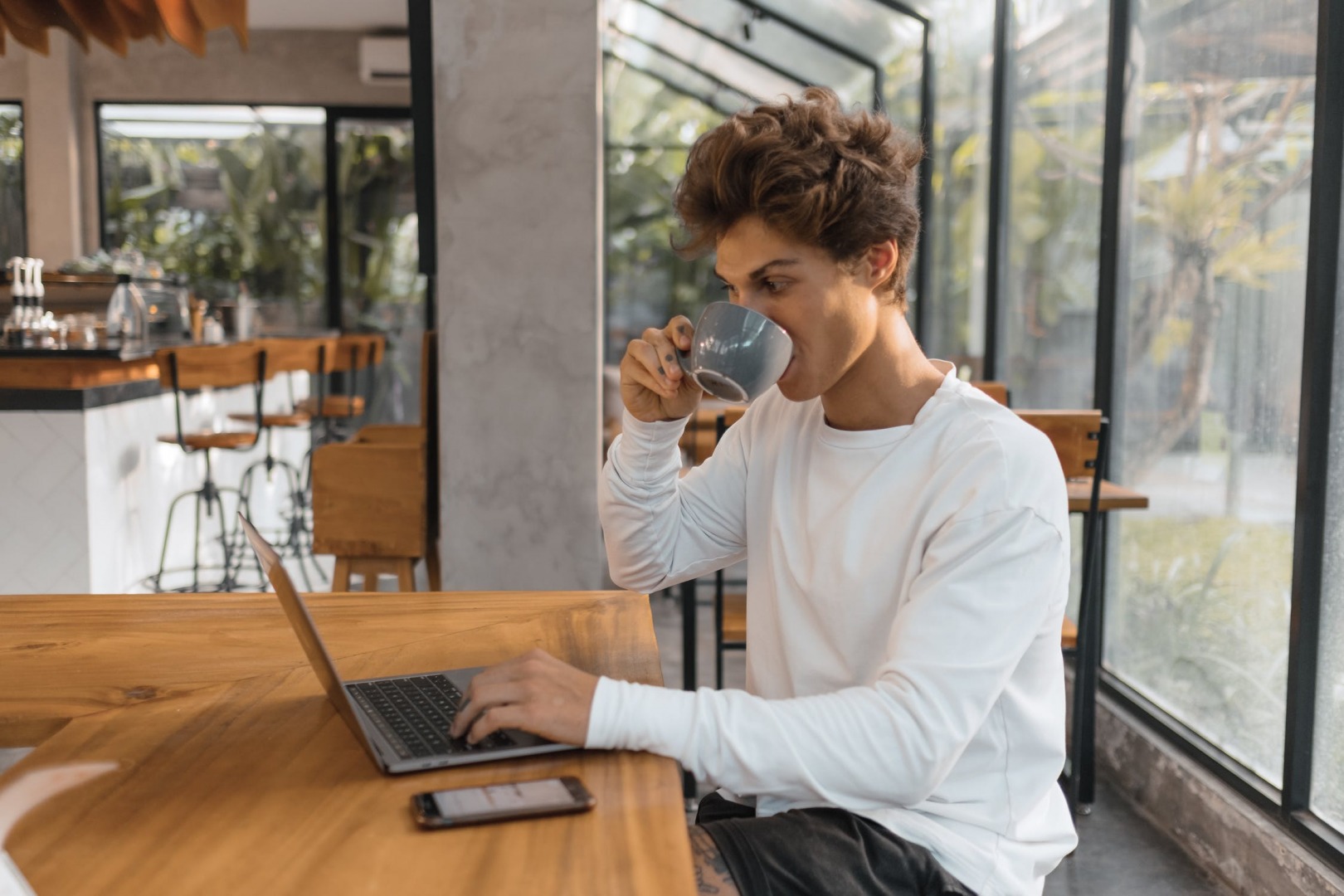 Each year in September, the US Census Bureau releases a report on income and poverty measures for the previous year.

Thus, Income and Poverty in the United States: 2020, by Emily A. Shrider, Melissa Kollar, Frances Chen, and Jessica Semega (September 2021) looks at changes for 2020. As one would expect, given the pandemic, the poverty rate in 2020 rose.

This figure shows the poverty rate in the top graph and the number of people in poverty in the bottom graph. 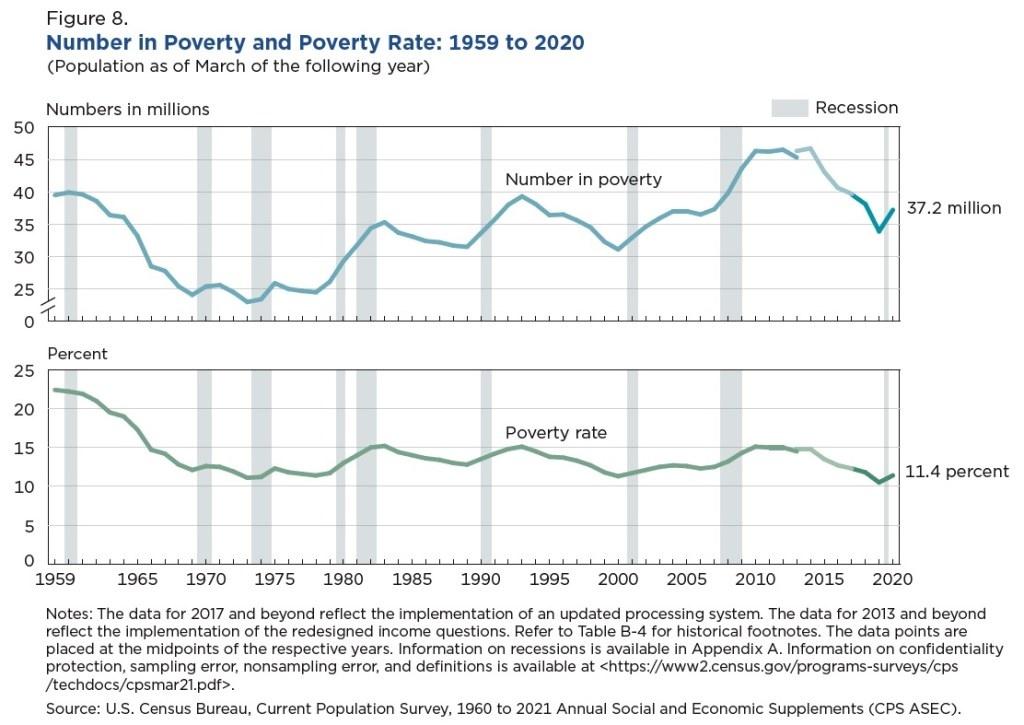 This figure shows the ongoing pattern of poverty by age: the elderly have the lowest poverty rate, and it didn’t budge much in 2020. The poverty rates for children and working-age adults both rose. 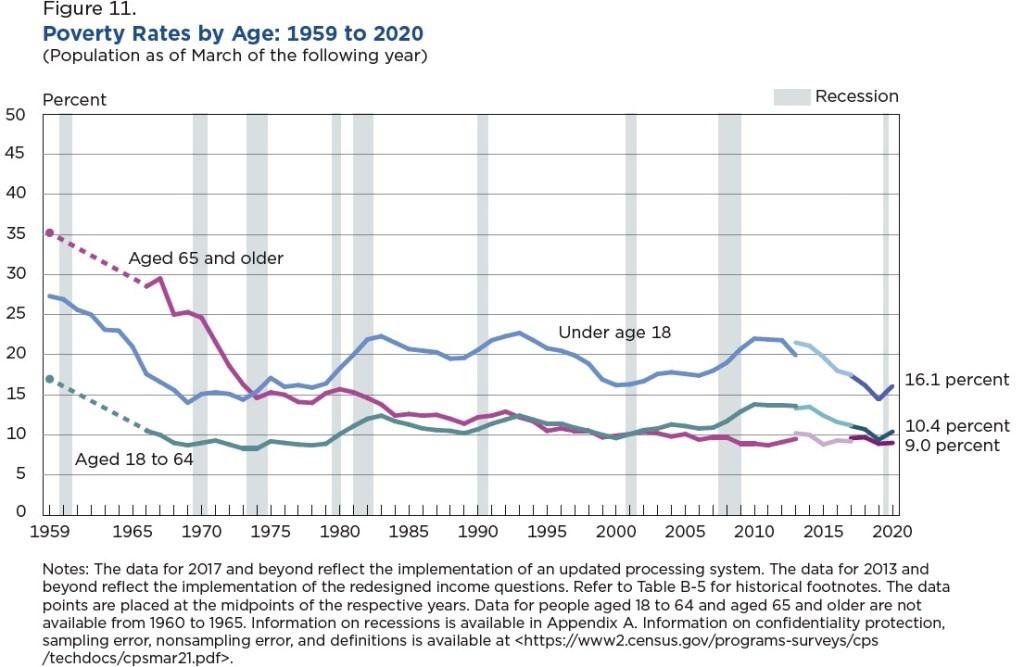 But an obvious question arises here. In an attempt to offer protection against the economic costs of the pandemic, the federal government ran a budget deficit of more than $3 trillion in 2020, equal to about 15% of GDP. How does that amount show up in these numbers? The short answer is that it doesn’t.

The poverty line is a measure of “money income.” Thus, it does include cash payments like Social Security or welfare and unemployment payments. However, it does not include a value for non-cash benefits like food stamps or Medicaid and Medicaid. It also does not include the value of payments made to the poor via tax credits, like the Earned Income Tax Credit. And what about the stimulus payments made to individuals in 2020 under the Coronavirus Aid, Relief, and Economic Security Act (CARES Act) and the Coronavirus Response and Relief Supplemental Appropriations Act (CRRSA Act)? They aren’t included in the poverty rate calculations either, because they were implemented a tax credits

There’s one really good reason not to adjust the poverty line for non-cash and tax credit support, which is that it’s always been done this way. Thus, continuing to do it in the same way allows poverty rates from one year to be compared easily to rates from the past–if what was included in the poverty rate changed each year, then such comparisons would be harder. 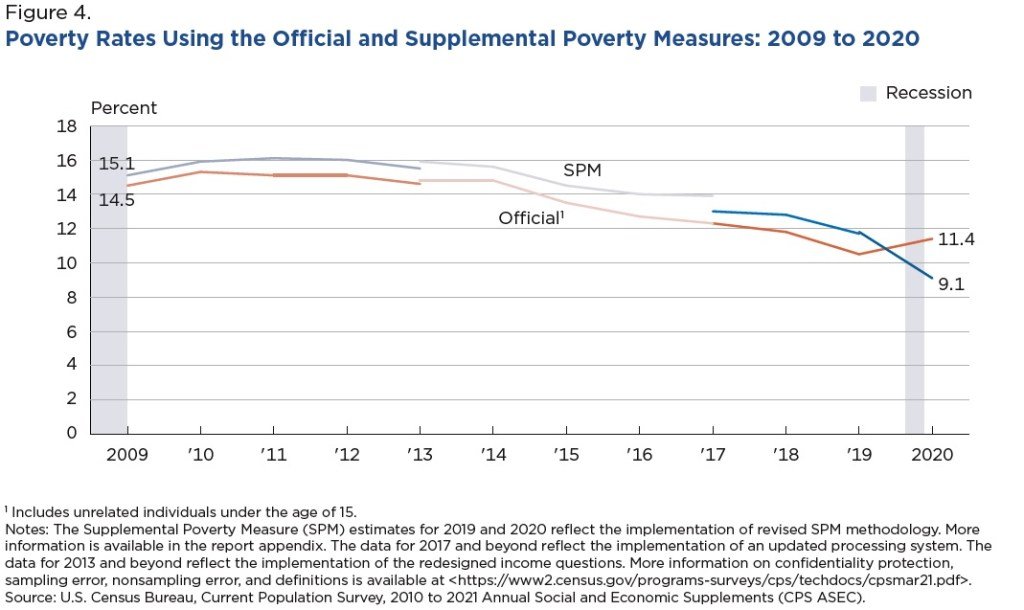 The difference is because of what is included in the two measures. As the report notes:

Income used for estimating the official poverty measure includes cash benefits from the government(e.g., Social Security, unemployment insurance benefits, public assistance benefits, and workers’ compensation benefits), but does not take into account taxes or noncash benefits aimed at improving the economic situation of the population. The SPM [supplemental poverty measure] incorporates all of these elements, adding cash benefits, noncash transfers, and stimulus payments, while subtracting necessary expenses such as taxes, medical expenses, and expenses related to work.

According to this report, the economic impact/stimulus payments reduced the number of people who would otherwise have fallen below the poverty line by 11.7 million. At least by this measure, the poor as a group did not suffer disproportionate economic losses in 2020 during the pandemic recession and its aftermath.