How Wages over the Life Cycle Have Changed

How Wages over the Life Cycle Have Changed 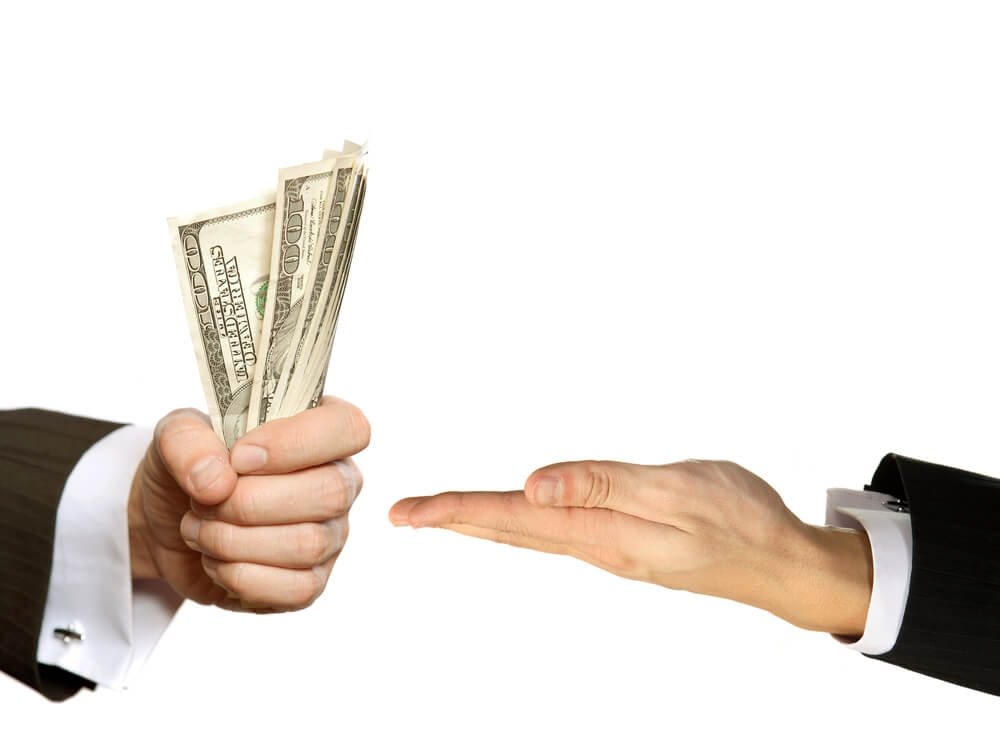 The age-earnings profile for a given year tells how much more a typical 60 year-old makes than a typical 40 year-old or a typical 25 year old.

It turns that the age-earnings profile is getting both higher and later in life. David J. Deming explores this theme in “The Growing Importance of Decision-Making on the Job” (April 2021, NBER Working Paper #28733, subscription required).

Here is Deming’s description of the pattern, followed by a figure:

Age-earnings profiles in the U.S. in 1960 … Earnings growth peaks at about 40 percent when workers are in their late thirties and early forties. This peak is followed by a gradual decline of about 10 percentage points over the next twenty years of age. The 1980 profile is shifted upward, with a peak around 50 percent, but is otherwise similar to 1960. By 2000, U.S. age earnings profiles had shifted outward dramatically, with a higher peak that occurs much later in the life-cycle. In 2000, full-time workers age 50-54 earned about 90 percent more than full-time workers age 20-24. In 2017, earnings growth peaked at nearly 100 percent and workers age 55-59 were earning substantially more than workers in their 30s. 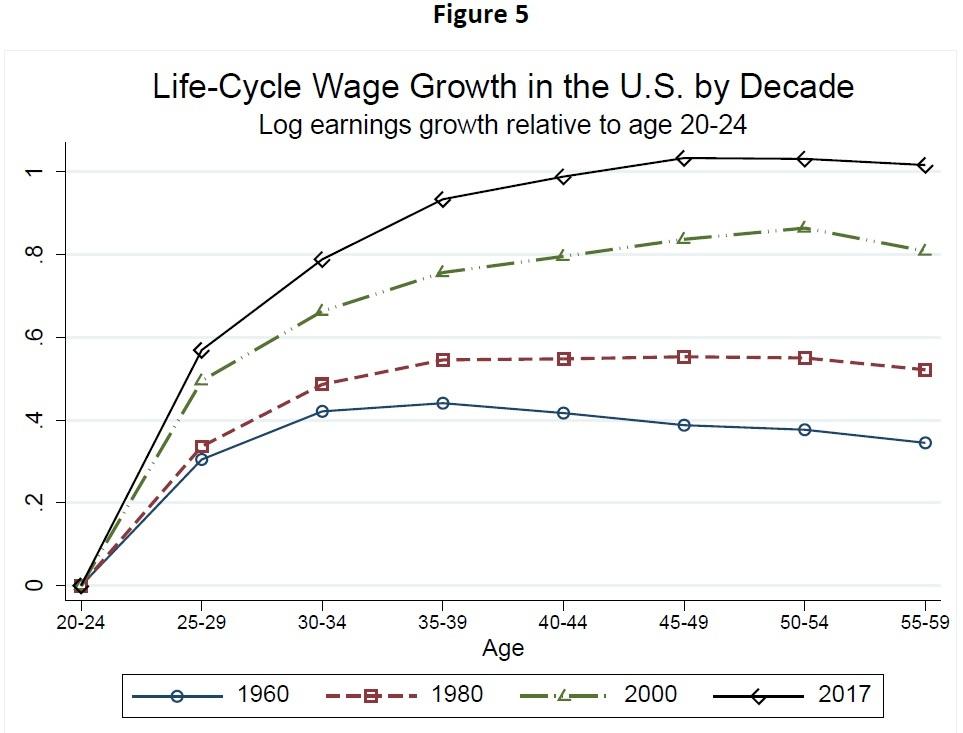 Why the change? Deming provides an array of evidence suggesting that jobs which involve decision-making have been getting ever-higher pay. For example, the share of all wages being paid to management-related occupations was 15% back in 1960, but is now approaching 35%. The share of jobs requiring decision-making skills (based on text analysis of classified ad data for the historical numbers) was 5% in 1960 and is now up around 35%. When job tasks are classified using the data from the Occupational Information Network (O*NET) survey, the jobs that require more decision-making are the ones with the higher earnings peaks later in life.

It seems to me that this is an underappreciated shift in what is being appreciated and desired in the labor market. There has been a lot written in the last few years about the “polarization” of labor markets, and how the rise of automation and digital technologies has wiped out a number of formerly middle-income jobs. However, many organizations now do their work through groups of overlapping teams, and the managers of those teams are often the ones receiving higher pay.

But it also feels to me as if some puzzles remain about this shift. For example, the current pattern at least seems to be that, on average, employers tend to view workers in their 50s as the most capable of being decision-makers and running such teams, even in an increasingly digital and technological environment. Is there something about the experience of workers in their 50s that justifies this confidence? Or is it in part that the post World War II baby boom generation is aging, and thus the share of older workers in the workplace is relatively high? Or is it that choosing an older person is in part a seniority-based system that is easier for management to justify? Or is it that teams, and older workers on those teams, don’t respond well if a younger person is the putative leader? Given past trends, and looking ahead 20 years, will we be viewing it as somehow “natural” that the wise 70 year-olds hold a disproportionate share of the managerial decision-making roles?