Income of the Top 1%

Income of the Top 1% 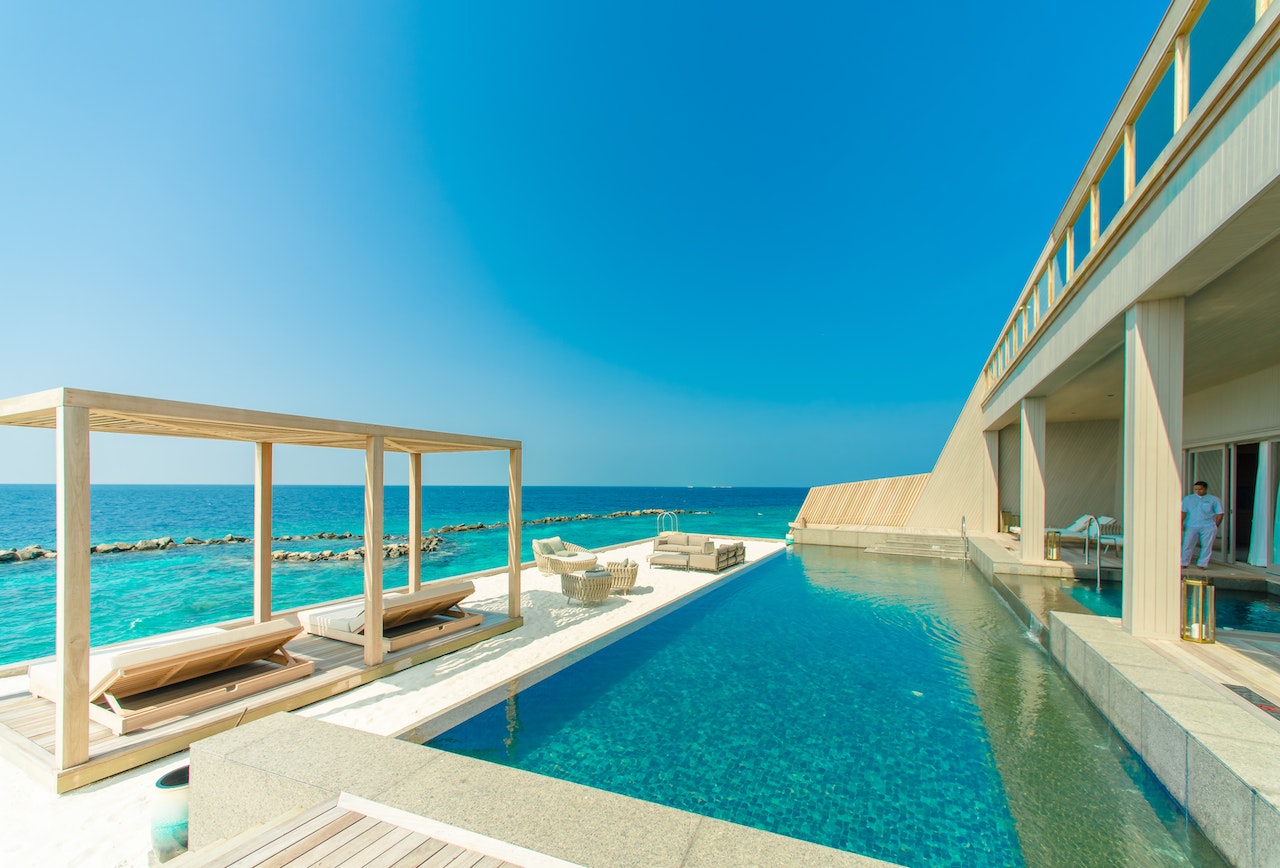 The Congressional Budget Office has put out a report on ”Trends in the Distribution of Household Income Between 1979 and 2007.”

It’s a treasure trove of useful figures and explanations.  I can’t resist offering a bunch of highlights, which I will divide into three posts–with this as the first one.

The basic concept of the top 1% ranked by annual income is often muffed in the media. For example, a Washington Post headline about this report read: ”Nation’s wealthiest 1 percent triple their incomes, according to CBO report.” This is incorrect in two ways. First, wealth is what you have accumulated over time, so it is not the same as income, which is what is received in a given year. The CBO report says nothing about the ”wealthiest” 1 percent. Second, referring to the top 1% as a fixed group is incorrect. who is in the top 1 percent will change over time, especially over the period of nearly three decades from 1979-2007. Some people make the top 1% when they get a big annual bonus, but not other years. For example, think about those in the top 1% who were in the 45-50 age bracket in 2007. Back in 1979, they would have been 28 years younger, in the 17-22 age bracket, and very few of them would have been in the top 1% of income at that time. Conversely, those who were in the top 1% and the 45-50 age bracket in 1979 would be 28 years older by 2007, and many of those in the 73-78 age bracket would have retired. 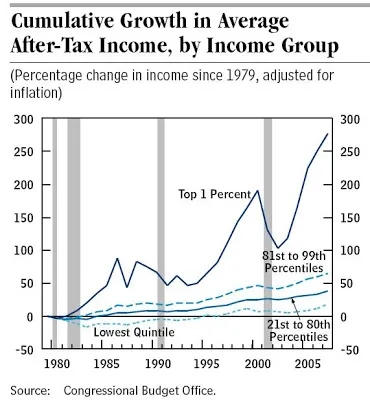 While it is certainly true that the top 1% is a group that evolves over time, this point shouldn’t be pushed too hard. Inequality as measured by annual income is rising; however, I don’t know of any evidence that mobility between broad income groups has been rising. Greater inequality isn’t being offset by greater mobility.

Here’s a graph showing the cumulative percentage growth in after-tax, after-transfer income for various income groups, measured on an annual basis. Income growth is slowest for t hose in the lowest quintile (or fifth) of the income distribution, and then faster in ascending order for those in the 21st to 80th percentiles, the 81st to 99th percentiles, and the top 1%. The percentage gains for the top 1% are remarkably higher than for the other groups. 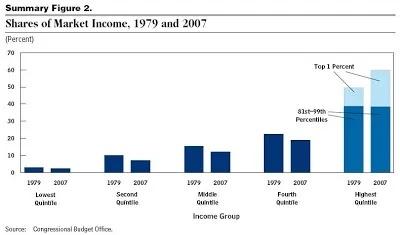 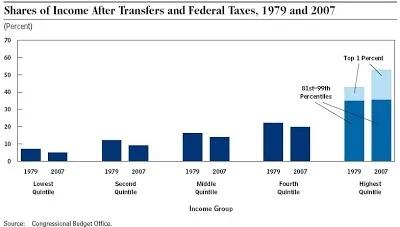 There is a modest rise in inequality of annual incomes even leaving out the top 1%, but most of the increase in annual income inequality is being driven by rising incomes of the top 1%. It’s perhaps useful to add that pointing out the fact of rising inequality doesn’t say anything about underlying causes or possible policies.