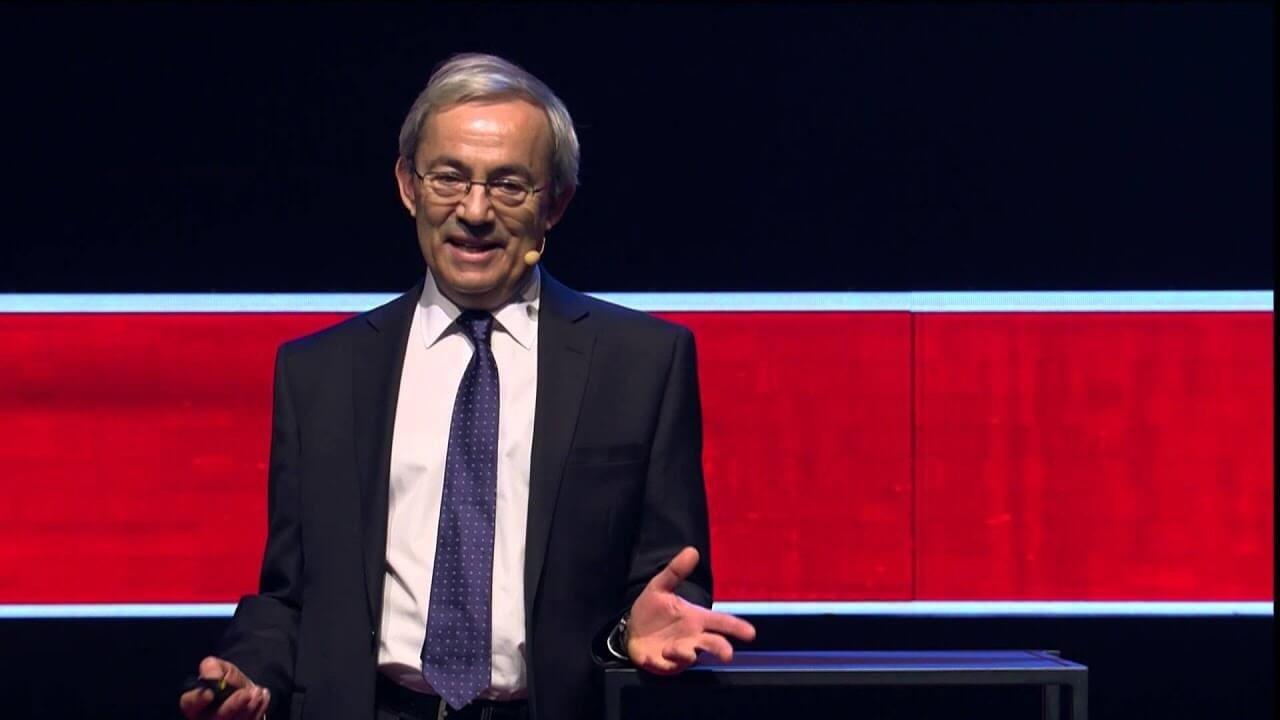 Michael Chui and Anna Bernasek of the McKinsey Global Institute interview Christopher Pissarides (Nobel, '10) "about how he developed the matching theory of unemployment, how COVID-19 affected his research, and what might be in store for labor markets after the pandemic" (May 12, 2021, "Forward Thinking on unemployment with Sir Christopher Pissarides"). At the website, audio is available for the half-hour interview, along with an edited transcript, upon which I will draw here.

As a starting point, it's useful to remember that labor markets always have, at the same time, both unemployed workers who are looking for jobs and employers who have job vacancies. For example, the US economy had about 9.7 million unemployed workers in March 2021, and at the same time, employers were listing 8.,1 million job vacancies. Indeed, there was a stretch from April 2018 to February 2020--not all that long ago, where the number of job vacancies for the US economy exceeded the number of unemployed in the monthly data.

[U]nemployment is a very serious problem that I think governments should always be dealing with. It’s a cause of poverty, of disenfranchisement from the labor market, of misery.  ... [B]efore we did that work, people were thinking of unemployment as a kind of stock of workers, as a number of workers if you like, who could not get a job. They would start from the top end of the market and say, “This is how much output this economy needs, that’s how much is demanded. Then how many people do you need to produce that output?” Then you would come up with a number. And then they would say, “Well, how many workers want jobs?” If there are more workers that want jobs, you call the difference unemployment. ..

What we did was to start from below, saying the outcomes in the labor market are the result of workers looking for jobs, companies looking for workers.The two need to come together. They need to agree that the qualifications of the worker are the right ones for the firm. That once the firm has the capital, that worker needs to make the best use of his or her skills. That unemployment insurance policy might influence the incentives that the worker needs to take a job. The tax policy might influence the incentives of the company. Once you open the field up like that, it gives you unlimited possibilities for research in that area and working out the impact of these different policies or different features of the labor market on unemployment. ...

[T]he time that it takes to find that job depends on how many jobs are being offered in the labor market, what types of skills firms want, what incentives the worker has to accept the jobs, what’s the structure of production, the profit that the firm expects to make, conditions overall in the market. All those things influence the duration of unemployment. Therefore you could study there—how long does the worker remain unemployed? What could influence that duration? What could make it shorter? What would make it longer if you did certain things? On that basis, you derive good policies towards unemployment, and they are still the policies that governments use, in fact widely, to work out how long people remain unemployed and what the implications of their unemployment are.

So what are some insights that emerge from this approach? The unemployment that results from this matching process can be a good thing in an economy:

[L]ower unemployment than what might exist is not always a good thing for the labor market, because some unemployment is good because of the matching problem. If a worker becomes unemployed, or if a new worker leaves school, a person leaves school, gets into the labor market, is a new worker, it wouldn’t be a good idea to accept the first job that is offered on day one and get into it. Because it may not be the job that would bring out the best productivity from that worker, or the job that that worker would like best. Now, you might say it’s obvious, and I now think it is, but when we were working on it, this didn’t exist.

[I]f you offer unemployment compensation, which is necessary to reduce poverty caused by unemployment, then you have to be careful when you’re doing that, because if you just offer it unconditionally, it’s going to create disincentives for people to take jobs, and it’s going to lengthen the duration of unemployment. Therefore it’s going to increase your unemployment incidence. You are going to see more people unemployed, because they stay unemployed longer, collecting benefits. Now, that’s been exploited a lot by politicians. I don’t agree with that way, that they say, we have to cut benefits because of these incentives.

A better way of dealing with it is to say, we need to structure our unemployment compensation policy in such a way that it deals with the poverty issue, but at the same time it doesn’t create those disincentives that you might get if you offer it unconditionally. The leading countries that develop policies that give exactly the answer to the question I’ve just posed, how to structure it, are mainly the Scandinavians—Denmark, Sweden, Norway. And other countries have followed them now, and most of them do follow this advice of structuring the benefit in such a way that the incentives are not harmed very much when you are dealing with the poverty issue of unemployment.

Retraining needs to be provided by companies, because they’re the ones that would know in what to train and to what extent. Now, for training to succeed, however, it has to be funded from outside as well, because no company, except for the very big ones, I guess, will take on workers on expensive training programs if they are running the risk that some other company will come and take their workers away from them after they get trained. There is this poaching problem. ...

Then the other issue is that training succeeds when the worker owns the training, in the sense that the worker is doing the training not because someone forced that worker to do the training, but because they believe that it’s good for them and their career, and it’s going to give them career progression and a pay raise. ... Somehow maybe part of the amount should be given to the worker, then the worker chooses how to spend it. They cannot take it as money, but they could draw on a fund, a training fund. Singapore has a very good scheme like that. I think it’s called SkillsFuture. Some other countries are introducing it. It’s not an easy thing, but we have enough experience now to know how to plan those kinds of training support schemes.