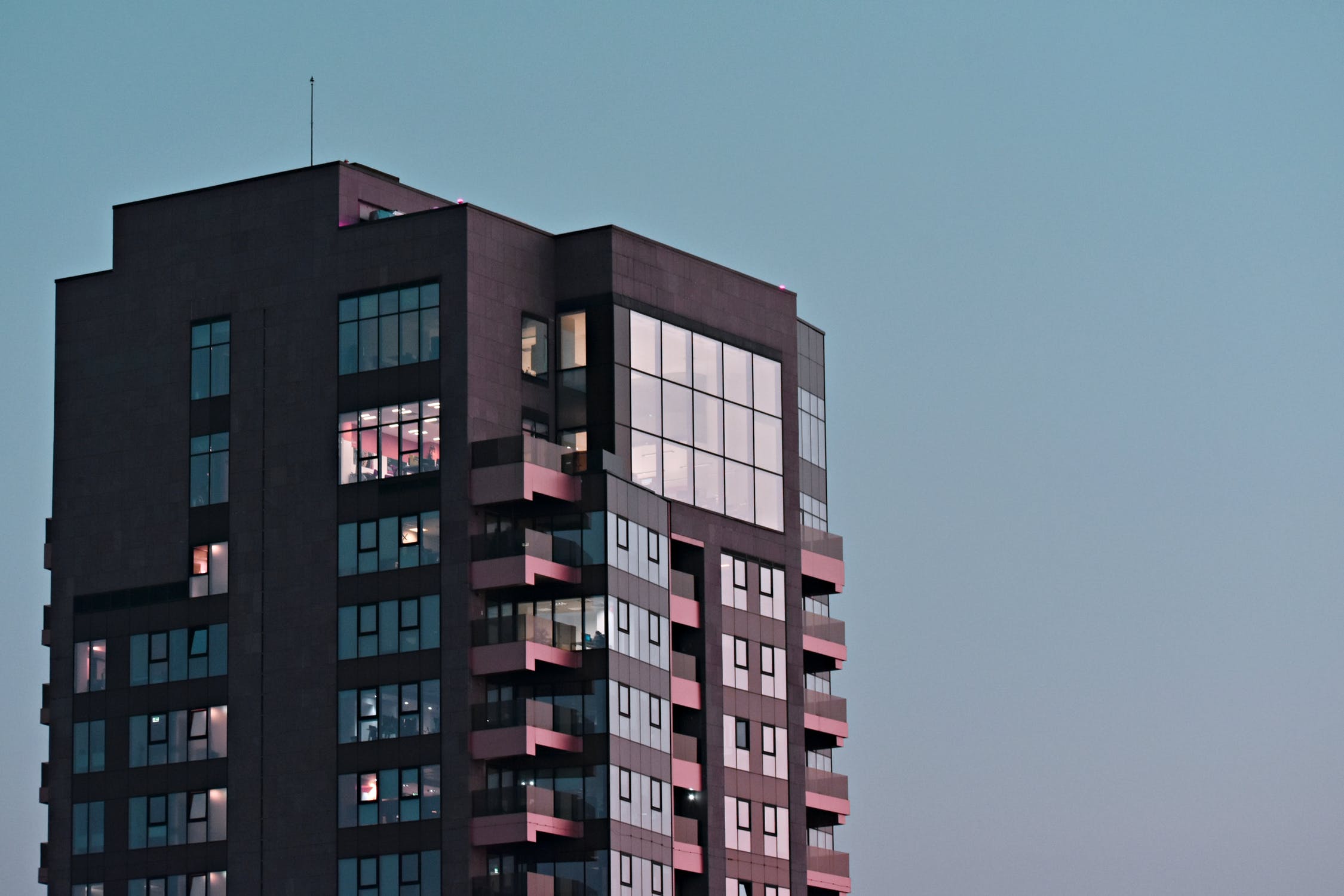 Tyler Cowen conducts one of his rich and illuminating "Conversations with Tyler" in "Daron Acemoglu on the Struggle Between State and Society" (Medium.com, December 4, 2019, both audio and transcript available). Here are a few tidbits from Acemoglu, but there's much more at the link:

On interrelationships between democracy and growth

The early work on democracy — such an important topic, and people were really excited about understanding what democracy does. ... But you have to be careful. Of course, if you judge whether democracy is successful or not by comparing China to Switzerland, you’re going to get not very meaningful answers. That’s like a chief case of comparing apples and oranges. I have written a couple of papers on this, and the econometrics here really matters for a variety of reasons. ...

You also want to be careful because it turns out that there’s one surefire predictor of when a country democratizes — it’s economic crisis. Dictatorships don’t go often because they decide, well, citizens should rule themselves. They collapse, and they collapse more likely in the midst of severe economic recessions.

So you really have to take care of these things. And when you do that, you find two things that are both amazingly robust. One is that democracies grow faster. So when a country democratizes, for another three or four years, it takes time for it to get out of the crisis. Then it starts a much faster growth process. It’s not going to make Nigeria turn into Switzerland, but a country that democratizes adds about 20 to 25 percent more to its GDP per capita.

When a country democratizes, for another three or four years, it takes time for it to get out of the crisis. Then it starts a much faster growth process. It’s not going to make Nigeria turn into Switzerland, but a country that democratizes adds about 20 to 25 percent more to its GDP per capita.

And then the second thing ... one of the most important mechanisms for that seems to be that when you democratize, you tax more, so the taxation, the budgets go up. And you spend more, especially on education and health, so the health of the population improves. Child mortality is one of the things that improves very fast. Primary and secondary enrollment improves a little bit more slowly, but it improves very steadily.

But it isn’t also a straight line to say that Europeans brought ideas and that’s what really changed the trajectory in a good way.

Europeans settled in some numbers in Barbados. In 1680, about 10,000 people in Barbados had European ancestry and probably about 2,000, 3,000 were British. But these people, who benefited mightily from the plantation complex and from about 40,000 people being chattel slaves, did not have any idea of introducing a Declaration of Independence. They actually established a very draconian regime. Executions were commonplace. All the power was concentrated in the hands of about 150 families that were to be plantation owners.

And the way that the independence declaration evolved and other things evolved in the US was actually in reaction to British power. The important story, which, of course, everybody knows, is that Declaration of Independence was in order for the Americans to reject the European imposition to some degree.

But actually, the story goes much further back if you take the first semi-successful colony in Jamestown. What makes Jamestown unique is not that . . . or actually, very common in some sense, but a first in history. It actually broke completely new ground institutionally to introduce the headright system, smallholder property, to introduce the general assembly.

And none of this was because the Virginia Company, who colonized and owned the place, wanted to. They wanted to set up a system very similar to the one in Barbados or Jamaica. It was against the wishes of their British masters because the settlers said, “No, we’re not going to go along with that.” And they had enough political power to do it.

On some theme of his new book, The Narrow Corridor: States, Societies, and the Fate of Liberty, written with James A. Robinson

It’s how do you make states and societies work together? If you look at most of human history, it doesn’t work. Either you have stateless societies, no centralized law, no third-party enforcement — so, lawlessness and lots of other costs — or you have despotic states that don’t listen to society and impose their will, often very repressively and otherwise, on societies. But the original part of the book is to say, actually, squeezed in between these two things, there is this Red Queen dynamics, the corridor where states and societies sort of support each other, and that supporting process is a contentious process. It’s not that they are happily cooperating. They are trying to race with each other. Each is trying to have the upper hand. But as long as that competition doesn’t become destructive, it can actually add to the capacity of both of them. ....

Why is it that certain representative institutions develop most strongly in Europe and certain aspects of liberty — they did not only develop in Europe; the demand certainly was there throughout the world — but they took strongest root in Europe.  ... It’s actually the meeting of bottom-up political participation and the institutions of the Roman Empire, even after the Western Roman Empire had collapsed. So where does the bottom-up element come from?

Well, it comes from the Germanic tribes who were raiding and sometimes fighting with, sometimes fighting against the Romans. But after the Western Roman Empire collapsed, especially the Franks, sorry, amalgamation of several other Germanic tribes really took root throughout that area. The Franks did not have much human capital. They did not have any educational institutions. They didn’t know how to read and write. They learned that from the church after they sort of adopted Christianity. But what they had were these traditions of organizing their politics.

This is recognized by Julius Caesar and Tacitus during the times of the Roman empires and the early chroniclers of the Merovingians and the Carolingians. They had this view that the chiefs had to serve the people. So the chiefs were often temporarily appointed during wartime, and out of war, they held back. They had all these assemblies. Some historians call them the assembly politics of the German tribe. Everything had to be done through assemblies, and those traditions were the ones that they tried to fuse, and quite successfully in the hands of Clovis and Charlemagne, for example, together with the much more top-down Roman Empire’s institutions.

View all
5 Proven E-Commerce Conversion Rate Optimization Hacks
Why Effective Leadership is Crucial for Employee Productivity
How to Develop a Powerful Brand Identity in 2021
B2B Marketing: Why You Should Create Long-Form Content
How a Coaching Culture Will Make Your Organization Better
Marketers, Are You Making the Most of Your Data?
Sustainable Fashion: Recycling Challenges in The Textile Industry
Is The Internet of Things Making Way For Smart Agriculture?
Clean Energy and Pro-Mining
Lithium for Car Batteries: A Demand Shock Example
Sustainability Reporting Is Not A Proxy For Progress
Nitrous Oxide, Agriculture, and Climate Change
Will Blockchain Finally Deliver as Promised or Will it Be Just Another Overhyped Technology?
How ATL Airport Parking is Cheaper Than a Taxi Ride
4 Changes FP&A Teams Need to Make Now to Future Proof Forecasting
The Easiest and Simplest Guide to Understand Tax Deducted at Source (TDS)
Bitcoin is Just the Beginning: The Valuable Potential of Blockchain Technology
How to Spot Mistakes in Your Existing Trading Strategy
The G-7’s Reckless Commitment To Mounting Debt
The Social Nature of Government Actions
How to Improve College Completion Rates: The Time Commitment Problem
Some Economics of Preventive Health Care
Some Economics of James Buchanan
The Shrinking Role of European Companies in the Global Economy
Political Economy of the Pandemic Response
Queen Elizabeth II Marks 95th Birthday in Private
Covid-19 and Fake News: Exponential Rise of Conspiracy Theories and How to Prevent Misinformation
UK Budget 2021: Corporate Tax Rise, VAT Cut for Hard Hit Sectors Extended & Income Tax Thresholds Frozen
What If George Washington Lied?
Judges and Ideology
Towards Broad Artificial Intelligence (AI) & The Edge in 2021
Do Math Geeks or Linguists Make for Better Programmers?
How a New Artificial Intelligence Model Mimics the Brain’s Prefrontal Cortex
Pushing Beyond the Bounds of IQ and EQ
How Ohio State University Researchers Use Machine Learning to Repurpose FDA-Approved Drugs
The Digitization of Biotech: Artificial Intelligence Designs a Serotonin Sensor
Science of Learning: Reflecting On Learning Styles
What You Say When You Talk with Your Hands
UFOlogist Zoller Reports that Israel’s Prof. Eshed says Alien Contact has been Made
The Work-From-Home Rebellion, Or Revenge of the Introverts
Elon Musk's Content Marketing Case Study
The Robot Rights Debate: Should Robots be Granted Personhood?
A Developer’s Guide to Quality Assurance: 7 Ways to Improve Software Quality
Building Smarter and Safer Warehouses With Artificial Intelligence & LiFi
Exploring Similarities Between Board Game Strategy And Emails
How IoT, Wearables, AI, Blockchain & RPA are Revolutionizing Supply Chain
7 Google Analytics Alternatives Worth Considering For Your Website
Benefits of Smart Buildings