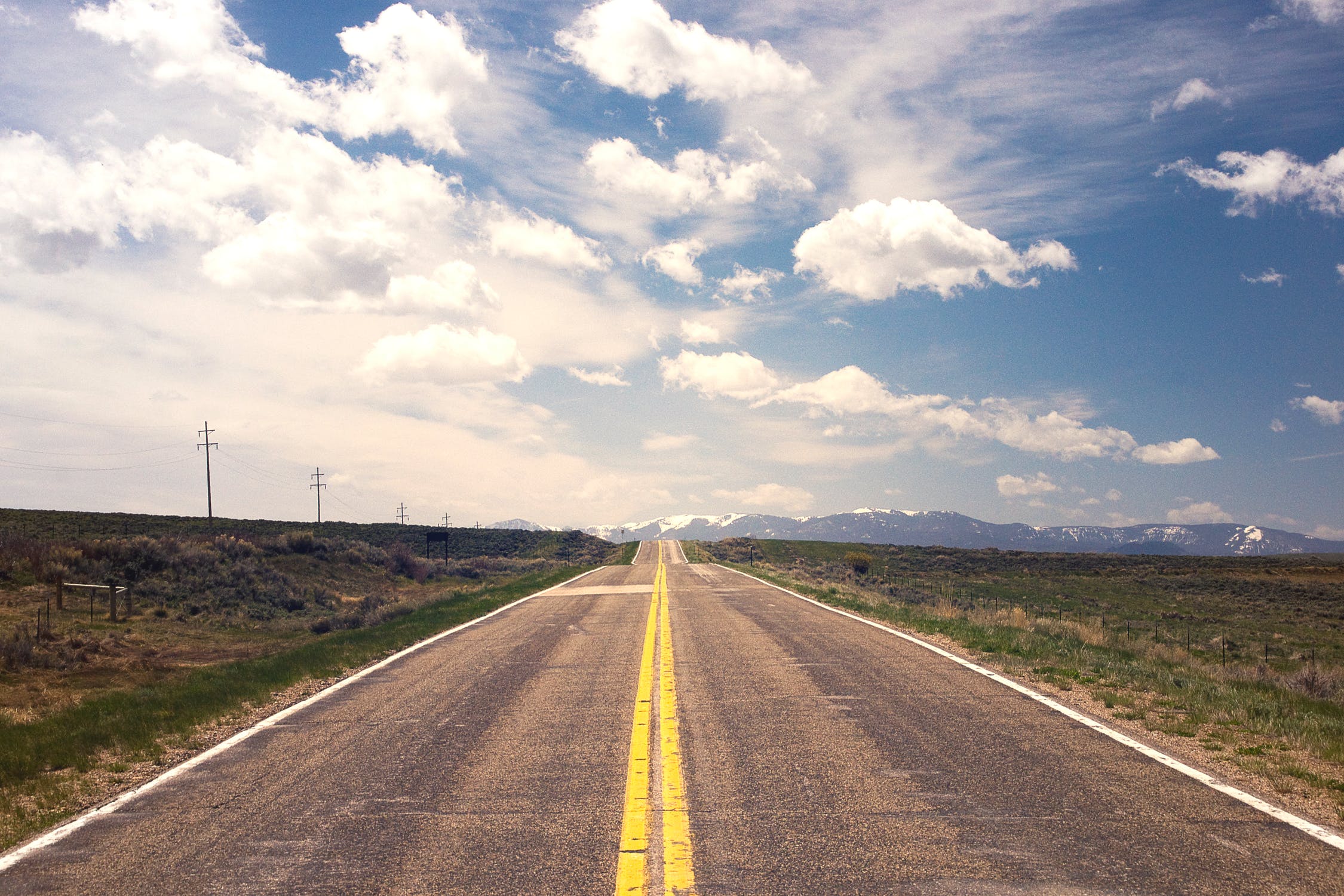 The World Development Report 2018, one of the flagship reports of the World Bank, focuses on the theme "LEARNING To Realize Education's Promise." The thrust of the report is that school enrollments are up dramatically in developing countries across the world, but in a disturbingly high number of cases, the larger numbers of children attending school are not leading to a similarly high increase in actual student learning. 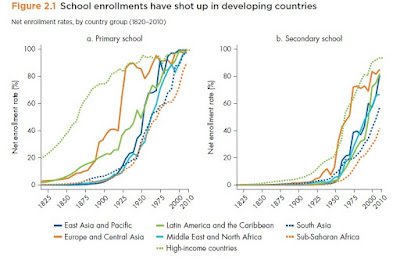 But as the report says at the very start (footnotes omitted):

"Schooling is not the same as learning. In Kenya, Tanzania, and Uganda, when grade 3 students were asked recently to read a sentence such as “The name of the dog is Puppy,” three-quarters did not understand what it said.1 In rural India, just under three-quarters of students in grade 3 could not solve a two-digit subtraction such as 46 – 17, and by grade 5 half could still not do so. Although the skills of Brazilian 15-year-olds have improved, at their current rate of improvement they won’t reach the rich-country average score in math for 75 years. In reading, it will take more than 260 years. Within countries, learning outcomes are almost always much worse for the disadvantaged. In Uruguay, poor children in grade 6 are assessed as “not competent” in math at five times the rate of wealthy children. ...

Although not all developing countries suffer from such extreme shortfalls, many are far short of the levels they aspire to. According to leading international assessments of literacy and numeracy—Progress in International Reading Literacy Study (PIRLS) and
Trends in International Mathematics and Science Study (TIMSS)—the average student in low-income countries performs worse than 95 percent of the students in high-income countries, meaning that student would be singled out for remedial attention in a class
in high-income countries. Many high-performing students in middle-income countries—young men and women who have risen to the top quarter of  their cohorts—would rank in the bottom quarter in a wealthier country."

Here's one of many striking figures along these lines. It shows a share of second-graders who cannot read a single word of text, or who cannot subtract two-digit numbers. The footnotes warn that these figures draw upon individual studies, and the ones in India are focuses on rural areas, so the numbers should not be treated as nationally representative. But national data aren't available, and the evidence from the partial data is worrisome.

Of course, the educational system in any country faces difficulties that the schools alone are ill-suited to address. As the report notes: "[C]hildren often arrive in school unprepared to learn—if they arrive at all. Malnutrition, illness, low parental investments, and the harsh environments associated with poverty undermine early childhood learning. Severe deprivations—whether in terms of nutrition, unhealthy environments, or lack of nurture by caregivers—have long-lasting effects because they impair infants’ brain development. Thirty percent of children under 5 in developing countries are physically stunted, meaning they have low height for their age, typically due to chronic malnutrition.

The poor developmental foundations and lower levels of preschool skills resulting from deprivation mean many children arrive at school unprepared to benefit fully from it ..."
But with these outside issues and others duly noted, the report is also explicit and clear on the problems of teachers who lack skills and motivation, operating in a system of poor governance. education systems suffering under poor governance.  The report summarizes the needed policy reforms under three categories:
The report rewards reading with a number of examples of such policies in action. But it's worth noting two broader points as well. One is that the report suggests that lack of inputs to education is not the primary problem in most places: "Public discourse often equates problems of education quality with input gaps. Devoting enough resources to education is crucial, and in some countries resources have not kept pace with the rapid jumps in enrollment. For several reasons, however, input shortages explain only a small part of the learning crisis. First, looking across systems and schools, similar levels of resources are often associated with vast differences in learning outcomes. Second, increasing inputs in a given setting often has small effects on learning outcomes. Part of the reason
is that inputs often fail to make it to the front lines."
The other issue is that all education-related policy reforms happen in a broader context. The report emphasizes over and over that education reforms happen in a context of whether a society is genuinely committed and dedicated to raising the educational performance of its young people. A society that is not committed will find numerous and ever-multiplying reasons to hesitate from any serious action: Can we really measure education outcomes accurately, after all? Is it worthwhile to track students? Might tracking make some students and teachers feel bad? Isn't experimenting with alternatives often a waste of time? Who decides what incentives should be built into the system, and will such incentives be allocated fairly or politically? Can't pretty much anyone teach young children, so there's no need to worry much about training? Shouldn't teachers be able to run their classrooms without outside interference? Shouldn't teachers or principals who have been in place for a long time receive considerable deference to their experience?

These kinds of questions aren't wrong, or illegitimate. But they can very easily become an excuse for inertia. Only if a society is able to put the learning of children clearly first, in a way that makes flexibility and change imperative, will these kinds of questions turn into ways of usefully shaping new policies, rather than excuses for keeping the same system on track. The report notes various success stories.

"When improving learning becomes a priority, great progress is possible. In the early 1950s, the Republic of Korea was a war-torn society held back by very low literacy levels. By 1995 it had achieved universal enrollment in high-quality education through secondary school. Today, its young people perform at the highest levels on international learning assessments. Vietnam surprised the world when the 2012 results of the Programme for International Student Assessment (PISA) showed that its 15-year-olds were performing at the same level as those in Germany— even though Vietnam was a lower-middle-income country. Between 2009 and 2015, Peru achieved some of the fastest growth in overall learning outcomes—an improvement attributable to concerted policy action."

It's difficult to overstate the importance of education in economic development and growth. To put it bluntly, there are zero examples of countries in the modern world economy that have experienced lasting growth and development without a workforce of growing educational attainment and skills. The report includes various comments like this:

"When delivered well, education cures a host of societal ills. For individuals, it promotes employment, earnings, health, and poverty reduction. For societies, it spurs innovation, strengthens institutions, and fosters social cohesion. But these benefits depend largely on learning. Schooling without learning is a wasted opportunity. More than that, it is a great injustice: the children whom society is failing most are the ones who most need a good education to succeed in life."

It's easy to skim over such statements, and to view them as just another dose of overbroad feelgood boilerplate rhetoric. Except when you read it slowly, it's all true.