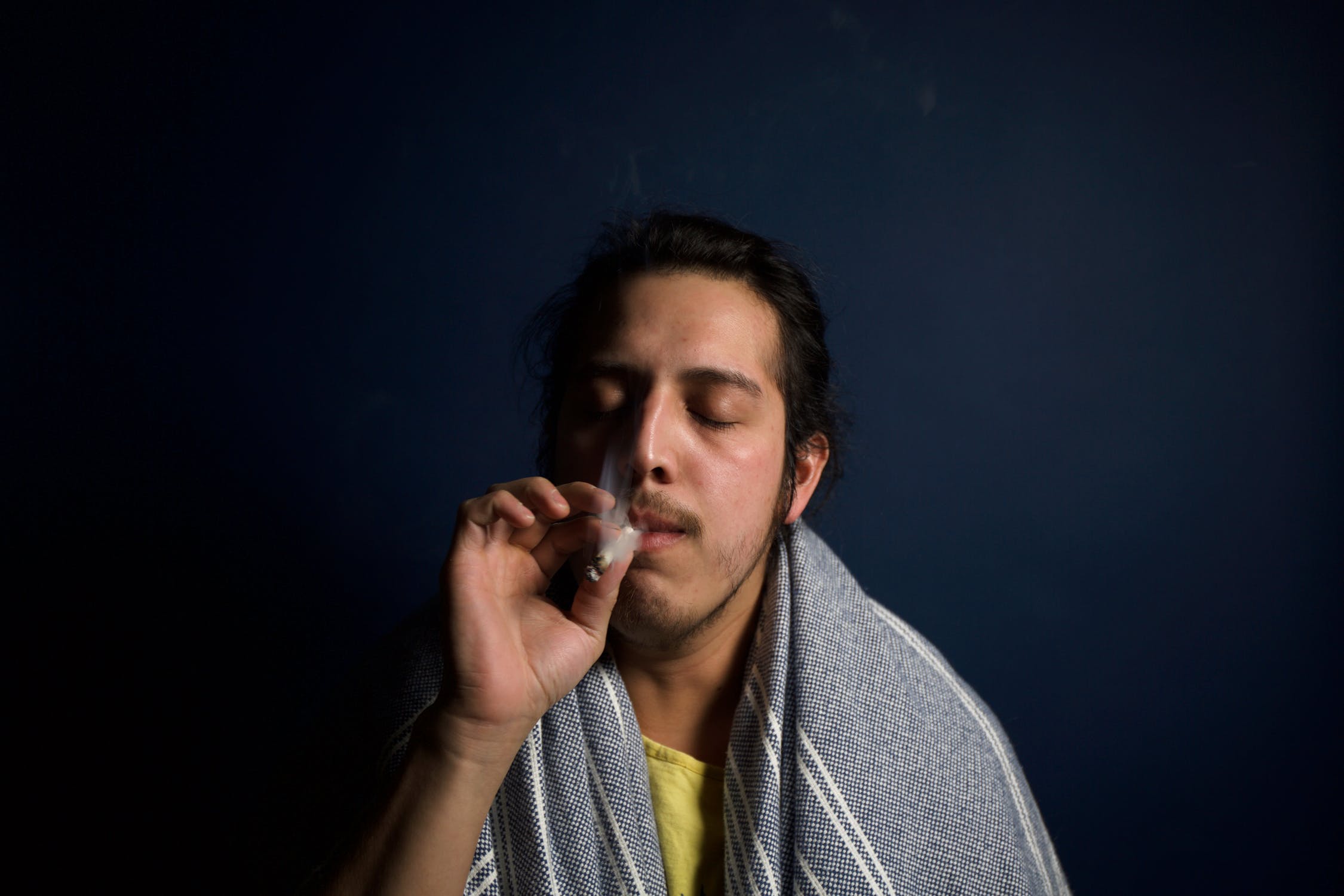 Slowly and with considerable uncertainty, the United States is altering its marijuana laws. Mark A. R. Kleiman offers an overview of the state of play and the likely tradeoffs in "The Public-Health Case for Legalizing Marijuana"(National Affairs, Spring 2019). He writes:

John Kenneth Galbraith once said that politics consists in choosing between the disastrous and the unpalatable. The case of cannabis, an illicit market with sales of almost $50 billion per year, and half a million annual arrests, is fairly disastrous and unlikely to get better. The unpalatable solution is clear: Congress should proceed at once to legalize the sale of cannabis — at least in states that choose to make it legal under state law — for recreational as well as "medical" use. ...

First, as a practical matter, cannabis prohibition is no longer enforceable. The black market is too large to successfully repress. The choice we now face is not whether to make cannabis available, but whether its production and use should be legal and overt or illegal and at least somewhat covert. Second, because cannabis is compact and therefore easy to smuggle, a state-by-state solution is unworkable in the long run. States with tighter restrictions or higher taxes on marijuana will be flooded with products from states with looser restrictions and lower taxes. The serious question is not whether to legalize cannabis, but how.

Kleiman offers an overview of the legal status of marijuana, and also makes some key points about the evolution of the market.

Marijuana is a cheap high, even at the current illegal price, and legalization is likely to make it cheaper.

Cannabis, even as an illegal drug, is a remarkably cost-effective intoxicant, far cheaper than alcohol. For example, in New York City, where cannabis is still illegal, a gram of fairly high-potency material (say, 15% THC by weight) goes for about $10. A user can therefore obtain 150 milligrams of THC for $10, paying about 7 cents per milligram. Getting stoned generally requires around 10 milligrams of THC to reach the user's bloodstream, but the smoking process isn't very efficient; about half the THC in the plant gets burned up in the smoking process or is exhaled before it has been absorbed by the lungs. So a user would need about 20 milligrams of THC in plant material to get stoned, or a little less than $1.50 worth. For a user without an established tolerance, intoxication typically lasts about three hours. That works out to about 50 cents per stoned hour. ... So it costs a typical man drinking beer about $4 to get drunk — typically for a couple of hours — and staying drunk costs an additional $1 per hour. That's at least double the price per hour stoned offered by the illicit cannabis market.

For a number of users, marijuana use has adverse health effects.

Over the past quarter-century, the population of "current" (past-month) users has more than doubled (to 22 million) and the fraction of those users who report daily or near-daily use has more than tripled (to about 35%). Those daily or near-daily users account for about 80% of the total cannabis consumed. Between a third and a half of them report the symptoms of Cannabis Use Disorder: They're using more, or more frequently, than they intend to; they've tried to cut back or quit and failed; cannabis use is interfering with their other interests and responsibilities; and it's causing conflict with people they care about. ... Frequent users report using about 1.5 grams (equivalent to three or four joints) per day of use. With increasing prevalence, increasing frequency, and increasing potency, the total amount of THC consumed has likely increased about sixfold since the early 1970s.


Cannabis is simply too easy to smuggle across state lines. If cannabis is cheap anywhere, it will be available and fairly cheap everywhere. The same would be true if states were to adopt starkly different tax or regulatory policies, as these would likely generate large price differences in their respective legal cannabis markets.

Even a very small difference would be more than enough to support a large illicit market, as the state and local taxation of tobacco has proven. New York State has fairly heavy tobacco taxes, and New York City adds a substantial local tax. Virginia, by contrast, taxes tobacco much more lightly. The result is that a pack of cigarettes that retails for under $5 in Virginia sells for $13 in New York City — a difference of $8 per pack. Due to this price gap in the legal tobacco market, more than half of all cigarettes sold in New York City are contraband: mostly genuine brand-name products purchased in bulk in Virginia and driven 250 miles to New York. There, they are resold for about $9 per pack by many of the same retailers who sell full-priced, legal cigarettes — mostly convenience stores in low-income neighborhoods.

The same would be true for product regulation: If Massachusetts allows the sale of the solid concentrates used for the dangerous practice of "dabbing" (flash-vaporizing a hefty chunk of concentrate with a blowtorch in order to inhale a huge dose all at once), then for New York to try to forbid it would be a virtual invitation to smuggle. The states with the lowest taxes and the loosest regulations would wind up effectively dictating policy to the rest of the country.

What might be some general directions for federal-level marijuana legislation?

What would a public-health-friendly legalization program look like? The goals of such a policy would be the elimination or near-elimination of the illicit market and its replacement with a licit market delivering product of certified purity and known chemical composition, while minimizing the growth in heavy or hazardous use and use by minors. Its means would include taxation or minimum unit pricing (to prevent the otherwise inevitable collapse of cannabis prices); product regulation; and limits on marketing to prevent the cannabis industry from promoting the misuse of its product the way alcohol sellers encourage heavy drinking. ... Retail sales clerks — so-called "bud-tenders," now paid the minimum wage plus a sales commission, and thus given strong incentives to encourage overconsumption — could also be licensed, required to have extensive training in pharmacology and in preventing and recognizing Cannabis Use Disorder, and bound to a fiduciary duty to give advice in the interests of the consumer rather than with the goal of maximizing sales. ...Consumers could also be required, before being allowed to purchase cannabis, to pass a simple test showing they're aware of the risks and of basic precautions. More radically, they could be required to establish for themselves (and the stores could be required to enforce) a weekly or monthly purchase quota, as a nudge toward temperance. ... All of this will have to be done in the face of fierce opposition from the for-profit cannabis industry, if there is one.

For a previous post on the evolution of marijuana laws and markets, see "Canada Legalizes Marijuana: What's Up in Colorado and Oregon?" (October 22, 2018).