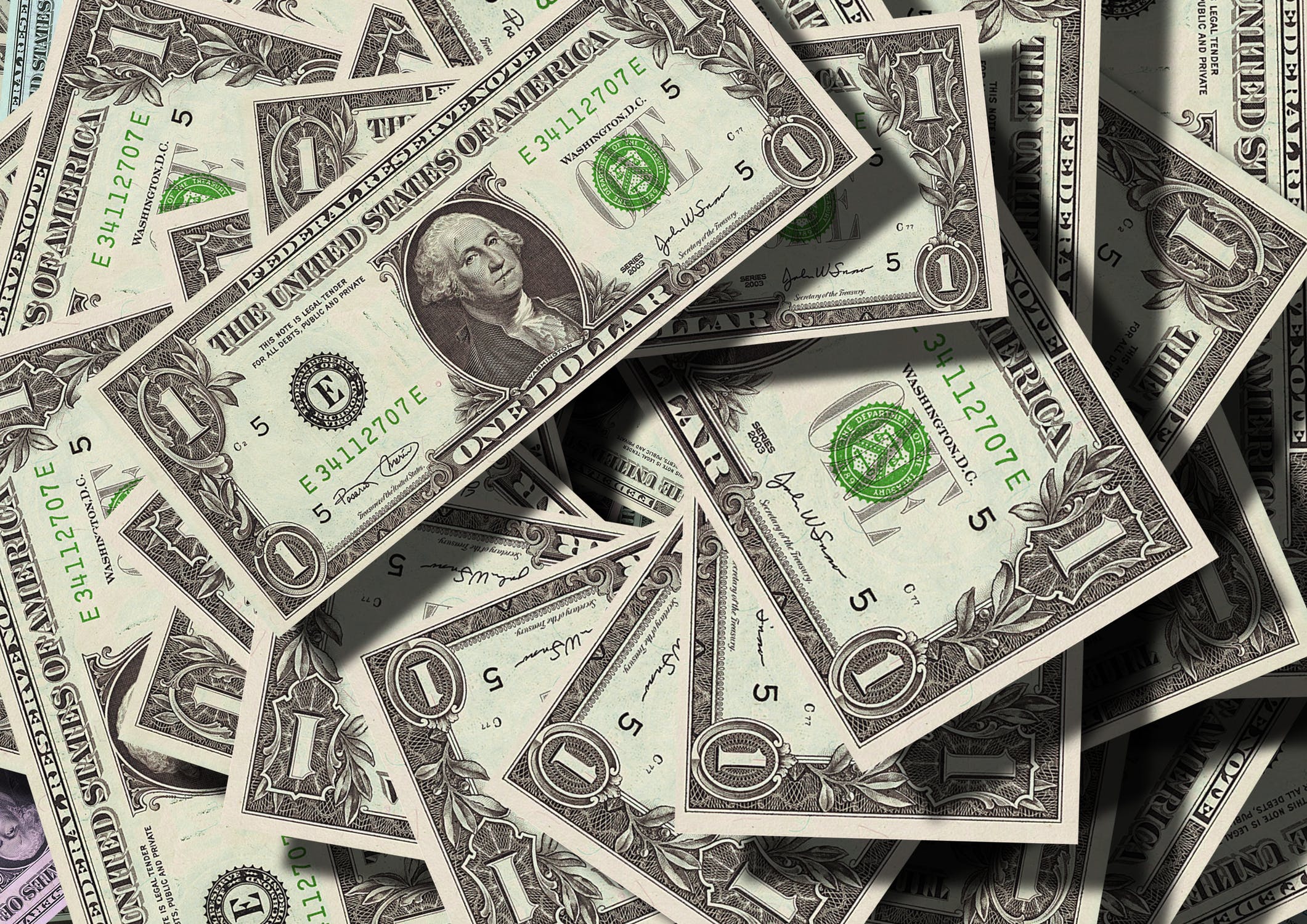 Trivia question for today: What denomination of US currency has the largest number of bills in circulation? Up until 2016, the correct answer was the $1 bill. Now, it's the $100 bill.

Here's the evidence from Tim Sablik in "Is Cash Still King?" written for Econ Focus from the Federal Reserve Bank of Richmond (Second Quarter 2018, pp. 18-21). Back in the 1990s and into the first decade of the 2000s, $1 bills were most common, with $20s in second place. (This ranking accurately represents my  own wallet, for what it's worth!). But $100s have growth steadily and taken over first place.

Indeed, the total value of US currency in circulation has been rising over time, but most of that gain in value is due to the rise in $100 bills.

Clearly, there is a puzzle here. As Sablik points out, evidence from consumer surveys finds that cash is used for about 27% of transactions in the last decade or so, but mostly for small purchases. It seems unlikely that the number of $100 bills in circulation is about typical consumers making typical purchases. In round numbers, the 12 billion $100 bills in circulation divided by a US population of 325 million implies that on average, every person in the US has 37 $100 bills in their possession. The total amount of US cash in circulation works out to about $4,800 for every person in the US. (This does not accurately represent the contents of my wallet.)

The standard explanation is that a considerable amount of US currency is being used outside the US, both as a medium of exchange and as a store of value. Some proportion of that amount--no one really knows how much--is surely helping to facilitate illegal activities. There are ongoing proposals to eliminate large-denomination bills: Sablik points out that the European Union ended production of 500-euro notes in 2016.

View all
Why Should Every Digital Business Invest In An Explainer Video?
Transforming Digital Businesses With Innovation, Knowledgeable Workers, and Effective Management
In Search of Unknown Angels
Why Great Leaders Believe It Before They See It
Why Work-From-Home Customer Service Agents Are Here to Stay
The Double-Edge of Total Connectivity: Keep Customers and Keep Delivering Convenience
Sustainable Fashion: Recycling Challenges in The Textile Industry
Is The Internet of Things Making Way For Smart Agriculture?
Clean Energy and Pro-Mining
Lithium for Car Batteries: A Demand Shock Example
Sustainability Reporting Is Not A Proxy For Progress
Nitrous Oxide, Agriculture, and Climate Change
How to Choose the Best Online Trading Platform
The Top Tax Questions For The Season
The Pros and Cons of Using Bitcoin for Payments
Will Blockchain Finally Deliver as Promised or Will it Be Just Another Overhyped Technology?
How ATL Airport Parking is Cheaper Than a Taxi Ride
4 Changes FP&A Teams Need to Make Now to Future Proof Forecasting
Commodities, Supply-Chains and Structural Changes in Demand
Interview: Amartya Sen on a Bicycle
From Pandemic to Digitalization to Productivity?
The G-7’s Reckless Commitment To Mounting Debt
The Social Nature of Government Actions
How to Improve College Completion Rates: The Time Commitment Problem
Political Economy of the Pandemic Response
Queen Elizabeth II Marks 95th Birthday in Private
Covid-19 and Fake News: Exponential Rise of Conspiracy Theories and How to Prevent Misinformation
UK Budget 2021: Corporate Tax Rise, VAT Cut for Hard Hit Sectors Extended & Income Tax Thresholds Frozen
What If George Washington Lied?
Judges and Ideology
The Role of Context in Data
When the Invention Becomes the Inventor: How AI is Making Inroads in Scientific Discovery and Innovation
The World of Reality, Causality and Real Artificial Intelligence: Exposing the Great Unknown Unknowns
Redefining Artificial Global Intelligence (AGI)
Making Sense of Data Features
Driving The Next Generation of Artificial Intelligence (AI)
Camera or no Camera? Should You Show Your Face?
Photographer/Videographer Jiayi Liang Inspired by Fashion Runways and Nat Geo’s Famous Photographers
Pack and Give Back: 5 Tips for Supporting Local Economies When Traveling
Why Is There So Much Hype About Content Marketing?
The Best Designer Radiators for Bathrooms
UI/UX Visual Designer Liakou Cites Steve Jobs & the Power of Design
Using VR and Augmented Reality to Aid Driver Training
Key Aspects to Consider While Analyzing the Performance of a Mobile App
While Rolls-Royce is Basking in the Glory of IoT, When Will Your Business Capitalize on the Technology?
Shifting Gears: How Digital Technology is Reshaping the Automobile Industry
Why Do Businesses Need to Send the Right Emails at The Right Time?
Blockchain and Biometrics: The Perfect Combination For Identity Management

Using VR and Augmented Reality to Aid Driver Training
Why Should Every Digital Business Invest In An Explainer Video?
Key Aspects to Consider While Analyzing the Performance of a Mobile App
Transforming Digital Businesses With Innovation, Knowledgeable Workers, and Effective Management
While Rolls-Royce is Basking in the Glory of IoT, When Will Your Business Capitalize on the Technology?