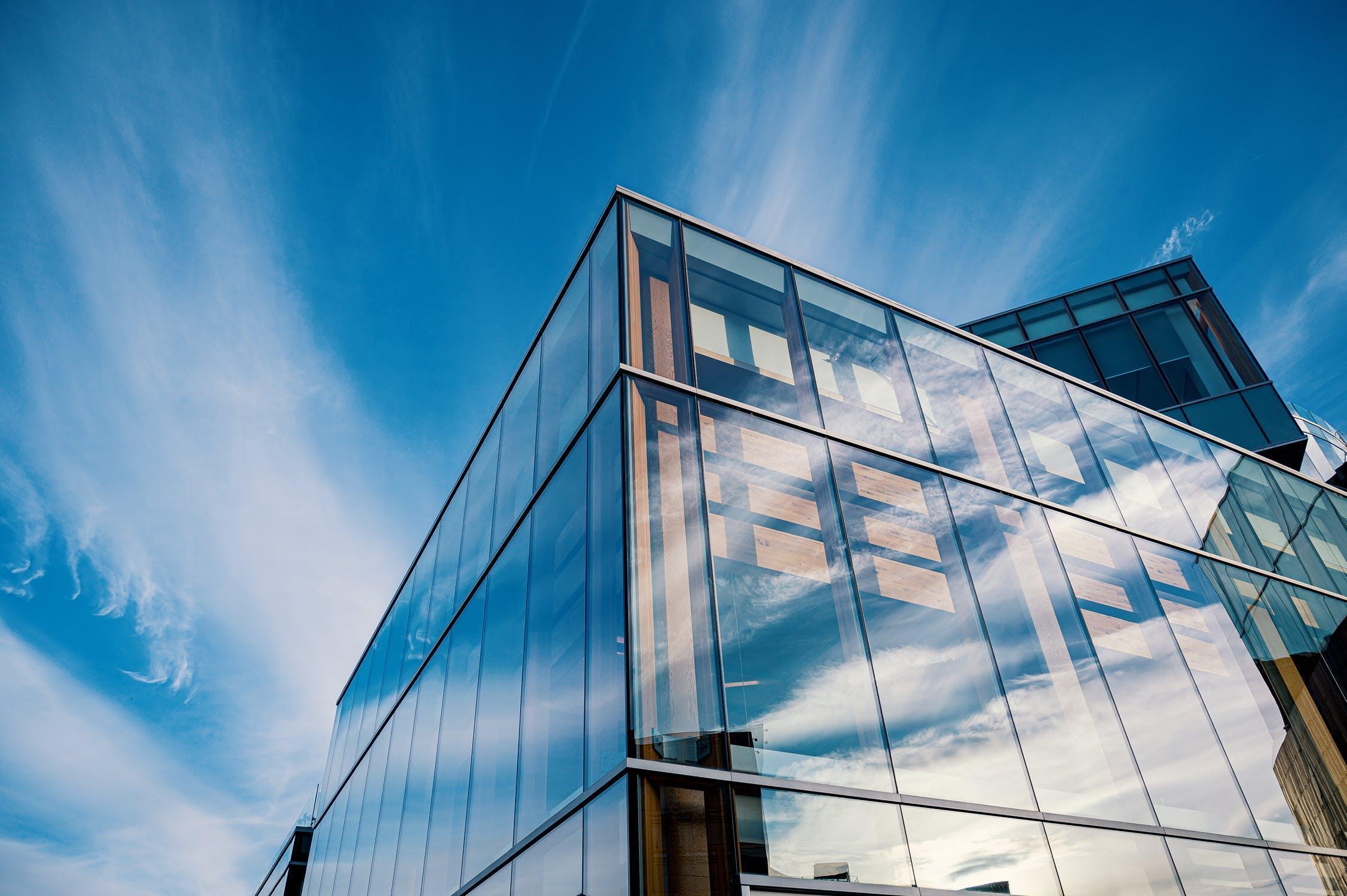 No proposal to raise the minimum wage can be evaluated without asking "how fast and by how much?" The Congressional Budget Office offers an evaluation of three alternatives in "The Effects on Employment and Family Income of Increasing the Federal Minimum Wage" (July 2019). CBO considers three proposals: "The options would raise the minimum wage to $15, $12, and $10, respectively, in six steps between January 1, 2020, and January 1, 2025. Under the $15 option, the minimum wage would then be indexed to median hourly wages; under the $12 and $10 options, it would not." (There are some other complexities involving possible subminimum wages for teenage workers, tipped worker, and disables workers, which I won't discuss here.)

Considering the effects of a higher federal minimum wage is also complicated by the fact that so many states and cities have already enacted higher minimum wages. The CBO notes:

The effects of a higher minimum wage on employment and wages are affected by lots of factors, including all the ways that employers and worker might react to to such an increase in the short-run and the long run, not just through hiring, but also through decisions related to pricing of products and investment in equipment. There are lots of uncertainties in modelling minimum wage increases. CBO did a review of 11 recent studies, finding some that predict a minimum wage will increase employment while others predict it will decrease employment. Here's a table of the studies, for readers who would like to dig deeper. The elasticity is by how much employment for those directly affected by the minimum wage will change in response to a change in wages of 1% caused by the higher minimum wage. In most studies, but not all, the long-run effect is larger than the short-run effect. 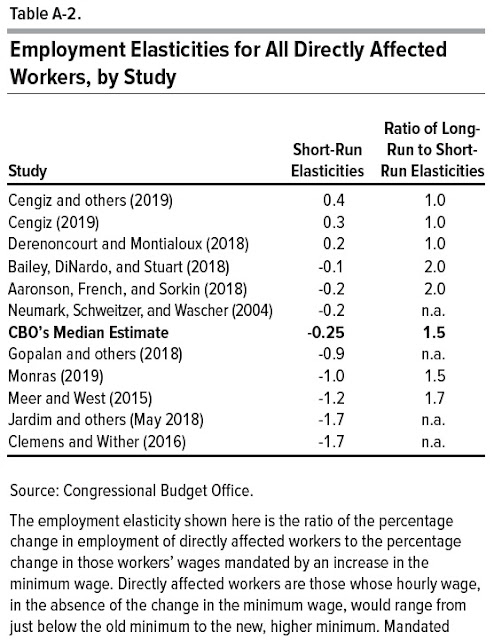 With these uncertainties duly recognized, here the CBO estimate for a phased-in rise in the minimum wage to $15/hour:

The $15 option would alter employment more for some groups than for others. Almost 50 percent of the newly jobless workers in a given week—600,000 of 1.3 million—would be teenagers (some of whom would live in families with income well above the poverty threshold). Employment would also fall disproportionately among part-time workers and adults without a high school diploma. ...

That net effect is due to the combination of factors described above:

My own quick take is that an increase in the federal minimum wage to $10/hour or even $12/hour is well within the range of past experience, and the effects are likely to be relatively small. Going to $15/hour is a bigger jump.

In particular, there are states and big parts of the country outside of major metropolitan areas where quite a large share of workers make less than $15/hour. Here are some comparisons from Census Bureau data. In May 2018, for example, the median hourly wage in California as a whole was $20.40. However, the median wage in the San Francisco-Oakland-Hayward metro area was $26/hour, while in the Fresno area the median wage was $16.40/hour. Or if one looks across states, the median hourly wage in Mississippi is $14.70/hour, or in Idaho was $16.47/hour. With a very large and diverse US economy, the effects of a higher federal minimum wage will not be evenly distributed by geography.