Snapshots of Economic Inequality Around the World

Snapshots of Economic Inequality Around the World 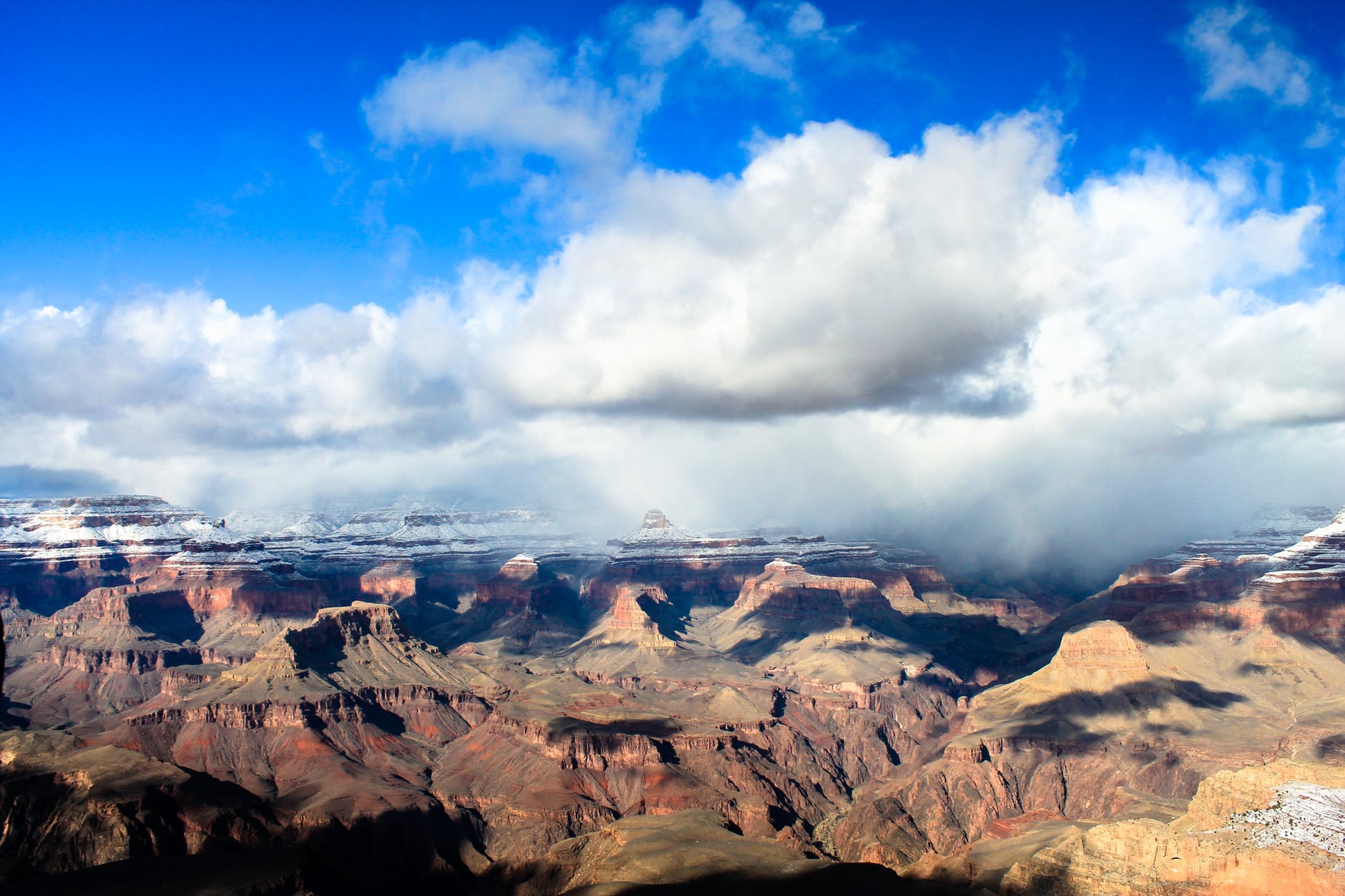 Compiling data on economic inequality from countries all around the world is a hefty task, which has been shouldered by a group of more than 100 researchers around the world who contribute to the efforts of the World Inequality Lab and the World Wealth and Income Database. The World Inequality Report 2018, written and coordinated by Facundo Alvaredo, Lucas Chancel, Thomas Piketty, Emmanuel Saez, Gabriel Zucman, provides an overview of their findings. Here are a few of the figures that jumped out at me.

This figure shows the share of income going to the top 10% of the income distribution in a number in some prominent countries and regions. Inequality in the US-Canada area (blue line) is clearly rising, but so is inquality across all of these areas. In particular, economic development in China and India has made some parts of those economies much better-off than others, so inequality his on the rise. The rise of inequality in Russia during the 1990s is also apparent.

This is a similar graph, but with a different set of comparison regions. The blue line for the US-Canada area remains the same. But as you can see, inequality in the Middle East, sub-Saharan Africa, and Brazil have long been above US-Canada levels, and by this measure, India has now passed the US level of inequality. 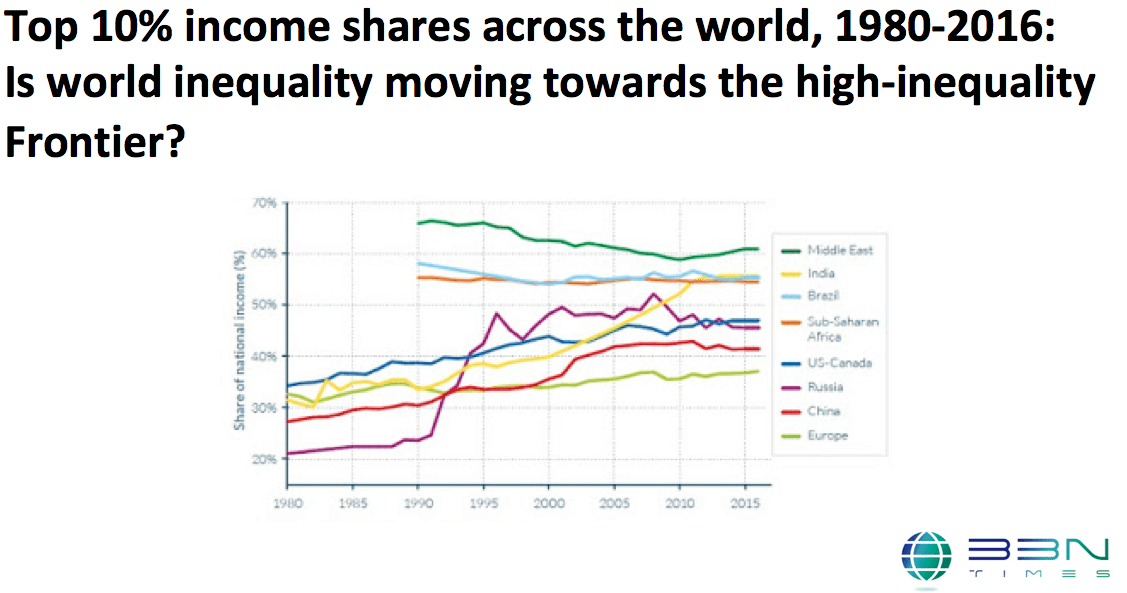 This figure is known as the "elephant graph," because if you squint a little, you can imagine that the bump on the left is the top edge would trace out the elephant's head, and then the upward movement on the right would be the top edge of the elephant's trunk. As the text explains: "On the horizontal axis, the world population is divided into a hundred groups of equal population size and sorted in ascending order from left to right, according to each group's income level. The Top 1% group is divided into ten groups, the richest of these groups is also divided into ten groups, and the very top group is again divided into ten groups of equal population size. The vertical axis shows the total income growth of an average individual in each group between 1980 and 2016." 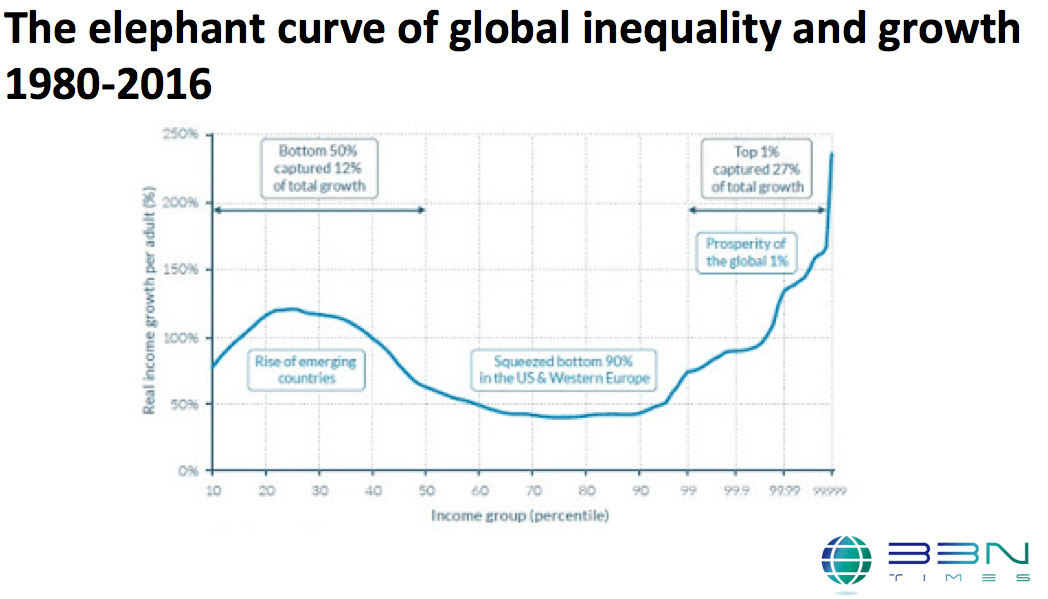 Underlying these overall patterns are some shifts in regional economic patterns that are fairly well-known, but remain striking. For example, this figure looks at average incomes in Africa and across Asia, and  how they compare to the average world income. In 1950, Africa was well ahead of Asia relative to average world income, but that pattern has dramatically reversed. 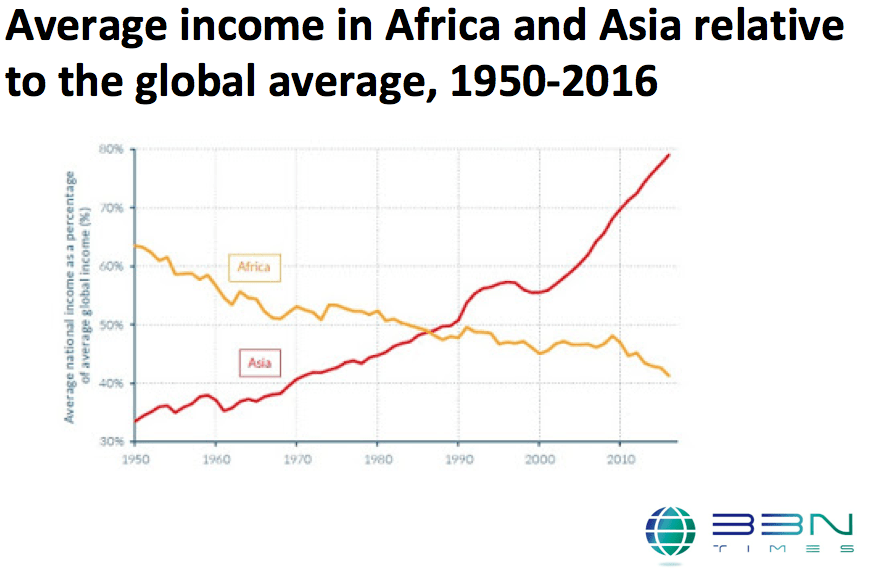 As a similar exercise, China lagged far behind Latin America relative to world income back in 1950. But Latin America has underperformed the world economy, and China has outperformed it, and China appears to be on its way to outstripping Latin America in average incomes in the next few years. 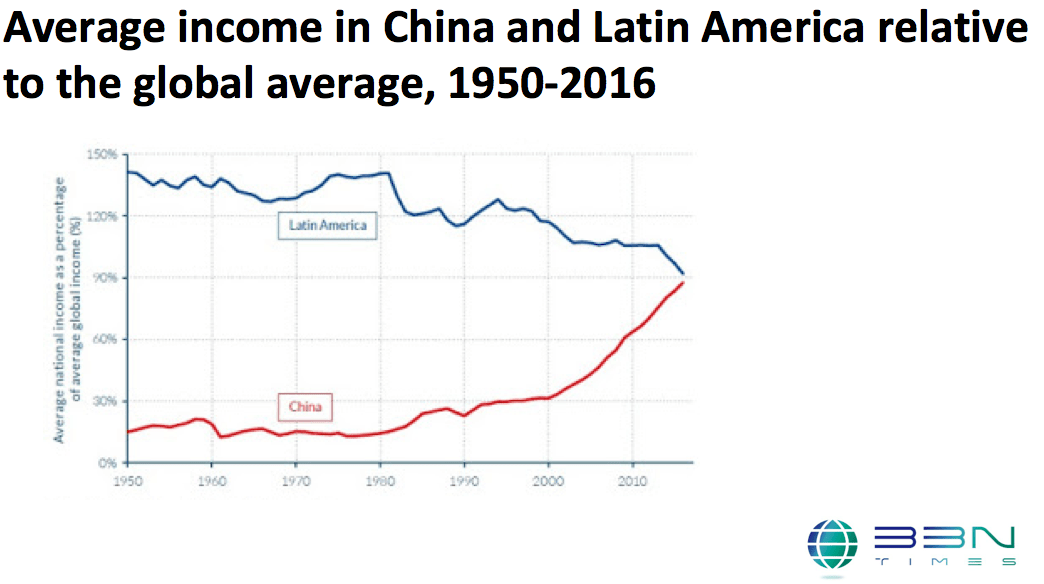 This volume is a rich resource, with lots of information on inequality of incomes by country and by region,  inequality of wealth, shifts in public wealth, and other topics. The policy discussion is relatively brief (better education, progressive taxation, rethinking labor institutions), but that was  fine with me. The fundamental point of this exercise is to generate a common fact base, and then let the policy discussion build upon it.