Some Economics of Dominant Currencies

Some Economics of Dominant Currencies 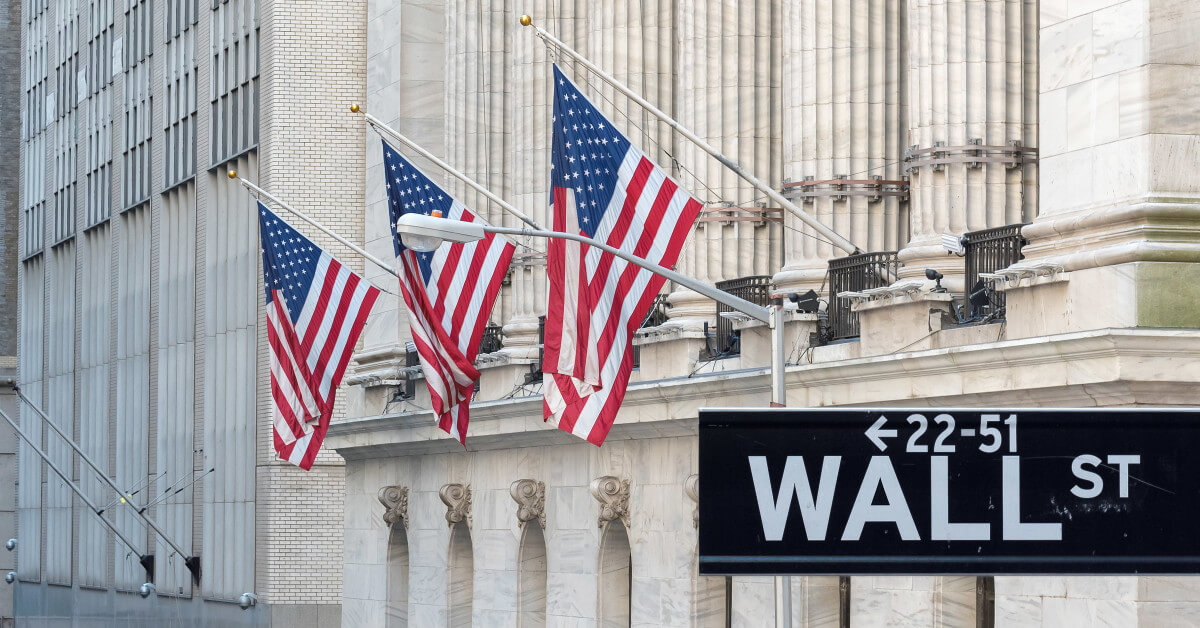 Oleg Itskhoki was just awarded the John Bates Clark medal, given each year by the American Economic Association “to that American economist under the age of forty who is judged to have made the most significant contribution to economic thought and knowledge.”

It’s sometimes called the “baby Nobel,” because when the recipients get close to or enter retirement someday, they will often be among the top contenders for a Nobel prize in economics. For those interested in knowing more about Itskhoki’s work in international finance and trade, he offers a readable overview of one slice of his work on “Dominant Currencies” in the most recent NBER Reporter (March 2022). He writes:

While the US dollar accounts for a disproportionate share of international trade, there is a small subset of currencies that are actively used in this trade alongside the dollar, most notably the euro, but to a lesser extent the pound, the Japanese yen, the Swiss franc, and the Chinese yuan. In some bilateral trade flows these currencies play as important a role as the dollar [see Figure 1], with considerable variation in currency use across individual firms even within narrowly defined industries. The dollar and the euro have emerged as the two leading currencies in accounting for international trade flows, with the role of the euro elevated by the fact that a large portion of international trade happens among European countries or involves one of the European countries. A distinctive feature of dominant currencies is that the same currency is equally prevalent in both imports and exports, a feature common to both the dollar and the euro, which is also at odds with standard international macro models that assume a greater role for many currencies to be present in global trade. Nonetheless, a clear distinction between the dollar and the euro is that the dollar in many cases is also a vehicle currency, not used domestically by either the importing or the exporting country. One can thus think of the dollar as the dominant global currency and of the euro as the dominant regional currency.

Here’s the Figure 1 mentioned in the above quotation, which focuses on Belgium. Belgium is a smallish economy in Europe (its GDP is about the same size as the American state of Michigan). It uses the euro as its currency and is highly integrated into the economy of Europe and the global economy. The export/GDP and import/GDP ratios for Belgium are about 80%; for comparison, the comparable export and import ratios for the US economy are in the range of 12-15% in recent years. 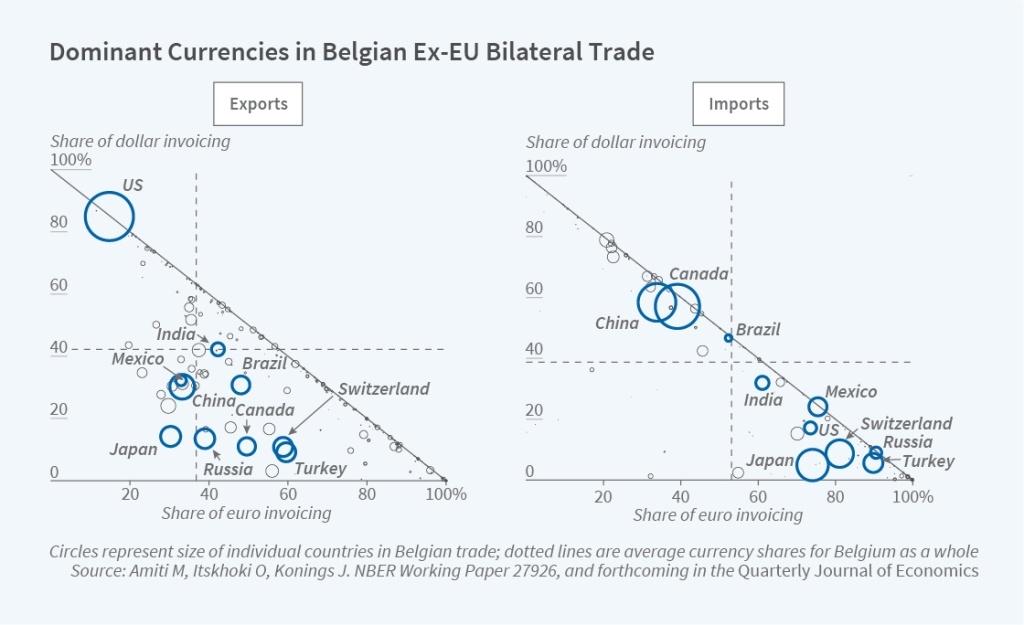 With this kind of data for many countries, a researcher can study the determinants of what currency gets used for what reasons, and thus get insights into why the US dollar and a few others are dominant currencies–and what the effects would be of shifts in dominant currencies. Itskhoki lays out the theories of currency choice, which are based on the canonical three functions fulfilled by money.

Medium-of-exchange theories emphasize that a currency is adopted if it guarantees the lowest transaction costs or maximizes room for mutually beneficial exchange. These theories stress country size as a fundamental force, as well as the likelihood of multiple coordination equilibria and other macroeconomic factors that make it too costly to use currencies of developing countries … Store-of-value theories link currency choice in exports with the currency of financing of the firm as part of a combined risk-management decision. Finally, unit-of-account theories postulate that a price is set in a given currency and is not adjusted in the short run …

One basic insight here is that firms producing in one country and selling in another must figure out how to deal with a risk of shifting exchange rates–and the currency for a given transaction will be chosen with this issue in mind. For example, imagine a Belgian firm that imports lots of inputs from the US, and then exports back to the US. For that firm, using the US dollar to invoice both its imports and exports means that it is protected from fluctuations in the exchange rate of the US dollar. Similarly, it turns out that firms with cross-border ownership are more likely to invoice in US dollars. Most real-world examples are more complex that this, of course, but the decision about currency ends up involving the extent to which higher costs incurred in one currency can be passed through to a buyer in another currency.

One of the questions I am asked repeatedly is when or whether the Chinese renminbi yuan will become the world’s dominant currency. Such shifts of dominant currency have historically happened only slowly and occasionally. But here’s Itskhoki on how shifting conditions could foster such a change:

One possibility is that the US dollar strengthens its position as the dominant global currency. This could happen with greater globalization of production and more intensive reliance on global value chains; our results show that cross-border foreign direct investment — a proxy for global value chains — is associated with more US dollar currency invoicing. This would render exchange rates less relevant as determinants of relative prices and expenditure switching in the global supply chain. In contrast, fragmentation and localization of production chains, which might happen in response to a global pandemic shock, can reverse this trend and speed up the transition to a multicurrency equilibrium, with more intensive regional trade and greater barriers to cross-regional trade. This, in turn, may increase the expenditure-switching role of bilateral exchange rate movements.

Alternatively, a shift in the exchange rate anchoring policies of the major trade partners, such as China, could trigger a long-run shift in the equilibrium environment. If China were to freely float its exchange rate, encouraging Chinese exporters to price more intensively in renminbi, then the equilibrium environment would change for exporting firms around the world. In particular, this would alter both the dynamics of prices in the input markets as well as the competitive environment in the output markets across many industries. As our results show, the currency in which a firm’s imports are invoiced and the currency in which its competitors price are key determinants of an exporting firm’s currency choice, and hence this shift could dramatically change the optimal invoicing patterns for exporting firms.