Some Evidence on Those Who Hold Multiple Jobs

Some Evidence on Those Who Hold Multiple Jobs 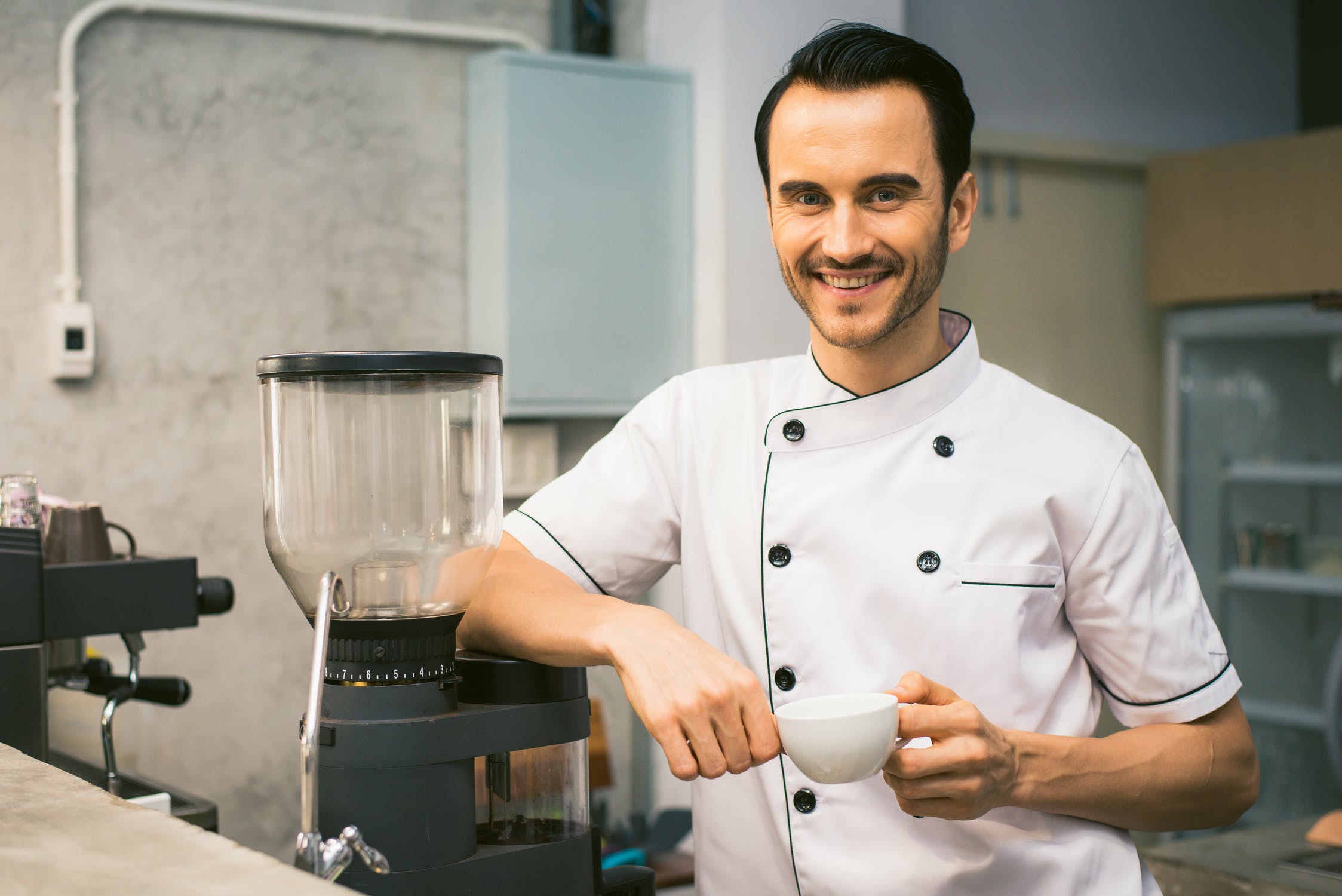 There's an old grim joke about those who hold multiple jobs.

Holding multiple jobs isn't always a bad thing: for example, a number of doctors technically have one job at a private practice and another when they work at a hospital. But in the past, it has been hard to find detailed or consistent evidence on multiple job-holders. For example, household survey data often asks about one's main job, not about all jobs.

Keith A. Bailey and James R. Spletzer of the US Census Bureau Have cracked this problem by finding a way to use data from  the Longitudinal Employer-Household Dynamics (LEHD). The Census Bureau has published a readable short overview of their work in "Using Administrative Data, Census Bureau Can Now Track the Rise in Multiple Jobholders" (February 3, 2021). The full working September 2020 working paper, "A New Measure of Multiple Jobholding in the U.S. Economy," is at the Census Bureau website, too.

The LEHD is based on data that the government was already collecting for other purposes: for example, data on employment that was being collected for the unemployment insurance program, or data from the Quarterly Census of Employment and Wages, and other sources However, this data was often collected for administrative purposes (like running unemployment insurance), and so the task of the LEHD is to pull together data from a variety of sources into an anonymized dataset that can be used by researchers.

Here are some basic findings from Bailey and Spletzer: About 7-8% of the workforce holds multiple jobs, with the share tending to rise when the economy is going well and fall during recessions.  The share of people holding multiple jobs seems to be edging up over time, but slowly. 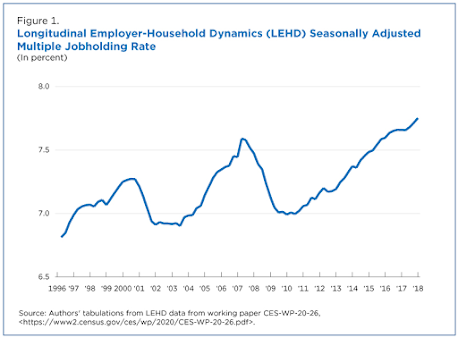 [M]ost multiple jobs are clustered in a few industries. Here’s the percentage of second jobs by sector:

Full-quarter jobs are long-lasting, stable jobs that exist in the previous quarter, the current quarter and the following quarter. Multiple jobholders earn less. ... Why do persons with multiple jobs earn less, on average, from all jobs compared to persons with only one long-lasting, stable job? Our working paper shows that this earnings differential is due to age, gender and the industries that employ multiple jobholders. ...

One of the most striking findings is that the share of total earnings that come from multiple jobholding is above 25% for every percentile.

A basic lesson here is that those with multiple jobs depend fairly heavily on those jobs, in the sense that a quarter or more of their income comes from the additional jobs. One suspects that many of these workers are putting in a lot of total hours, but with limited access to many of the common benefits of full-time jobs like paid vacation, employer-provided health insurance, and contributions to a retirement account.