State-Level Health and Income: A Puzzle

State-Level Health and Income: A Puzzle 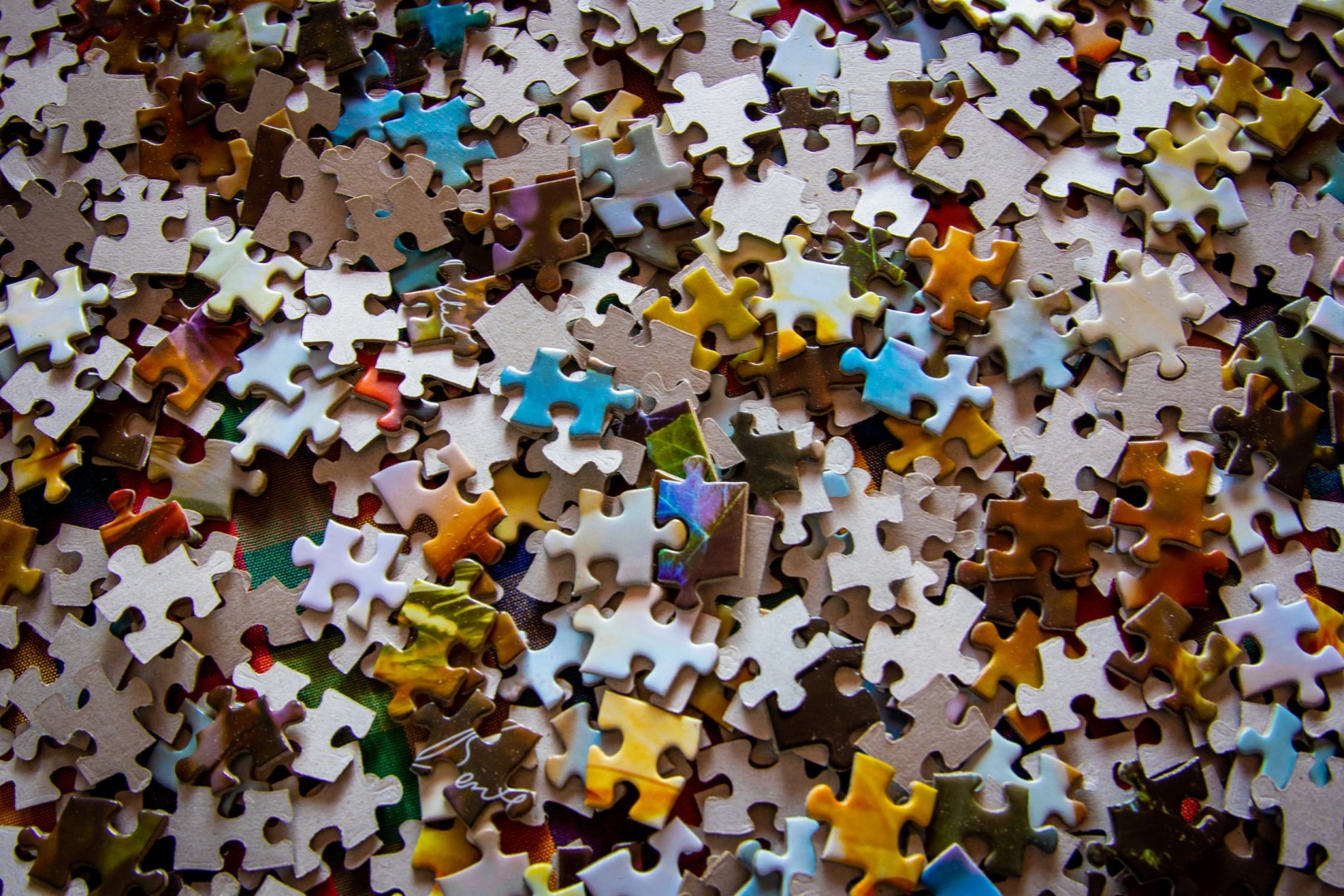 If you look at the US states by income level and mortality rates, you find a reasonably strong negative correlation: that is, states with higher income tend to have lower mortality.

But here’s the puzzle. If you go back a few decades to 1980 or 1968 and look at the same pattern, you find only a much weaker correlation: that is, much less tendency for states with higher income to have lower mortality. Why?

Benjamin K. Couillard, Christopher L. Foote, Kavish Gandhi, Ellen Meara, and Jonathan Skinner tackle this question among others in “Rising Geographic Disparities in US Mortality” (Journal of Economic Perspectives, Fall 2021, 35:4, pp. 123-46). (Full disclosure: I’m the Managing Editor of this journal, and have been since 1986, so I am perhaps predisposed to find the articles of interest.) Here’s a figure from their paper. The points represent US states. As you can see, if one looks at the data for 1968 or 1980 (the top two panels), the negative correlation between income and mortality rates is relatively weak. However, if one looks at the same correlation for 2019 (bottom left panel), the negative correlation is much stronger. 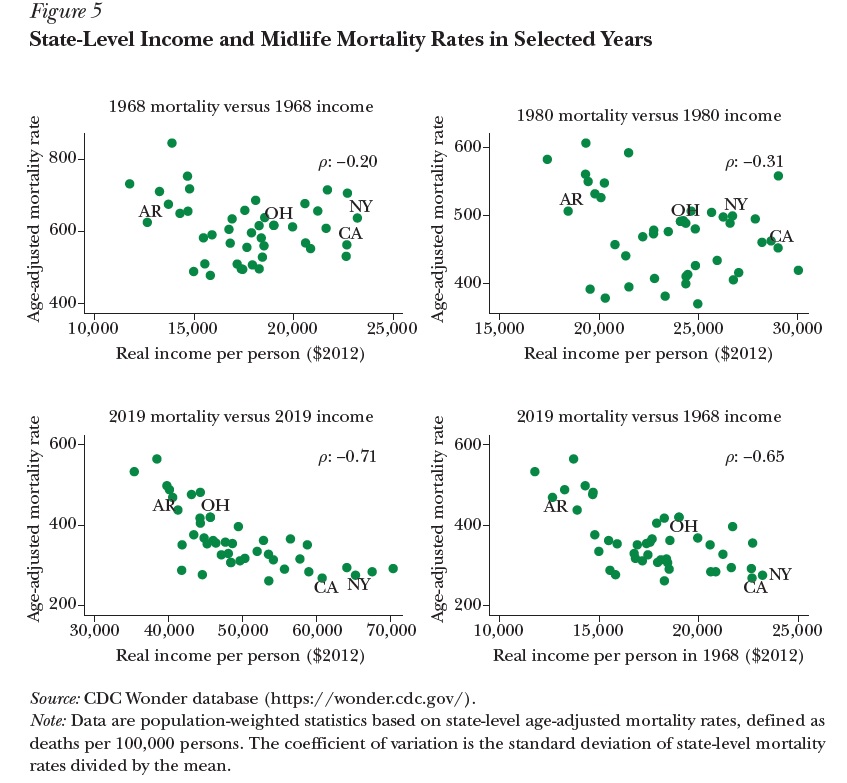 What seems to be happening inside this data is that the ranking of states by per-capita income hasn’t changed all that much since 1968 or 1980: states that tended to be better-off or worse-off then are still better-off or worse-off now. However, mortality rates across states have changed substantially in the last few decades, and in a way that causes the mortality rates to line up more with state-level measures of income. As the authors write: “Instead, mortality changes have been most favorable in those states that have tended to have high relative levels of income over the past three decades.”The bottom right correlation is usefully thought-provoking. It looks at the correlation between state-level income in 1968 and state-level mortality in 2019–which looks a lot like the figure using only 2019 data. To put this another way, state-level income data from 1968 has less correlation with mortality rates in 1968 than it does with mortality rates in 2019. This seems peculiar.

Why might health have improved more in the higher-income states? One possible explanation is related to what are sometimes called “deaths of despair,” which are deaths due to drug overdoses, alcohol poisoning, and suicide. The difficulty with this explanation is that there aren’t enough of these deaths to drive the changes noted above. When one looks at major causes of death, it turns out that deaths from malignant neoplasms, diseases of the heart, cerebrovascular diseases, and lower respiratory diseases all have a greater (negative) correlation with income at the state-level than they did a few decades ago.

Couillard, Foote, Gandhi, Meara, and Skinner suggest an alternative explanation rooted in what they call a “portmanteau of state-level factors.” This has two parts. One part is that if one goes back a half-century and more, one can make a case that living in lower-income states had some health benefits. Studies from the 1930s suggest that when people migrated from lower-income rural states to higher-income urban areas, their health often got worse as they were exposed to the big-city evils of alcohol, tobacco, and pollution. One quirky fact comes from the state of “Kansas, which imposed prohibition in 1880, not ending it until 1948. Perhaps not coincidentally, in 1959, Kansas was tied in first place for the state with the highest life expectancy.”

The other part of the explanation is that in the late 1980s and early 1990s, high-income states were much more likely to enact a portfolio of health-related policies including higher taxes on alcohol and tobacco and expansions of Medicaid coverage focused on pregnant women. These specific policies were part of a broader emphasis on public health policies in the higher-income states that manifested itself in different ways in different places. A few decades later, the states that enacted such policies are seeing the payoff in improved mortality rates.

States are sometimes called the “laboratories of democracy.” One reason for having the federal government set some minimum standards, and then letting states experiment, is to get some evidence on what works and what doesn’t. In that spirit, the authors write: “Although states with high income have shown the way, states with lower income capacity are not inexorably constrained to rates of midlife mortality that rank among the worst in developed countries.”