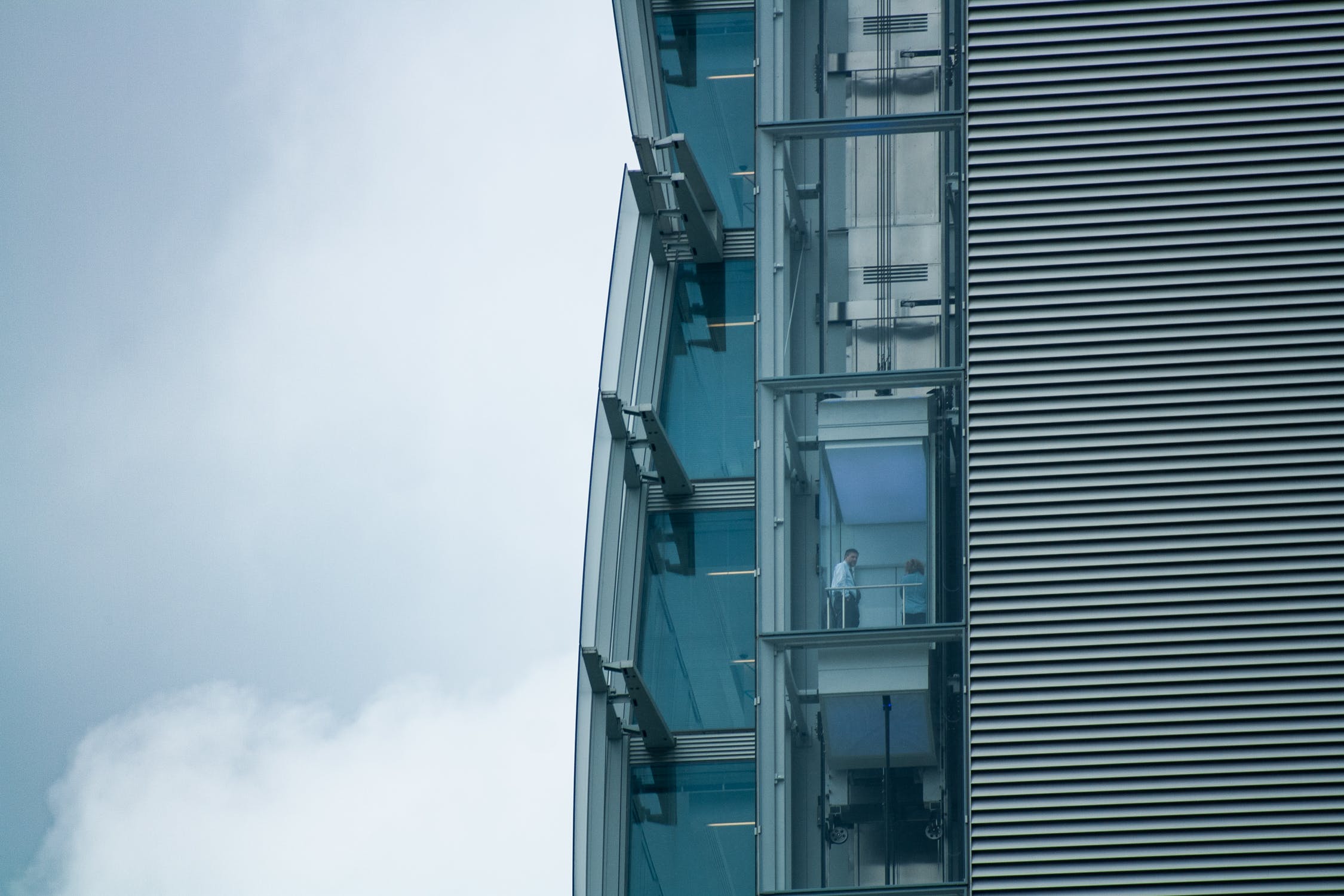 For economists, "automatic stabilizers" refers to how tax and spending policies adjust without any additional legislative policy or change during economic upturns and downturns--and do so in a way that tends to stabilize the economy. For example, in an economic downturn, a standard macroeconomic prescription is to stimulate the economy with lower taxes and higher spending. But in an economic downturn, taxes fall to some extent automatically, as a result of lower incomes. Government spending rises to some extent automatically, as a result of more people becoming eligible for unemployment insurance, Medicaid, food stamps, and so on. Thus, even before the government undertakes additional discretionary stimulus legislation, the automatic stabilizers are kicking in.

Might it be possible to redesign the automatic stabilizers of tax and spending policy in advance so that they would offer a quicker and stronger counterbalance when (not if) the next recession comes? The question is especially important because in past recessions, the Federal Reserve often cut the policy interest rate (the "federal funds" interest rate) by about five percentage points. But interest rates are lower around the world for a variety of reasons, and the federal funds interest rate is now at 2.5%. So when the next recession comes, monetary policy will be limited in how much it can reduce interest rates before those rates hit zero percent, and will instead need to rely on nontraditional monetary policy toolslike quantitative easing, forward guidance, and perhaps even experiments with a negative policy interest rate.

Heather Boushey, Ryan Nunn, and Jay Shambaugh have edited a collection of eight essays under the title Recession Ready: Fiscal Policies to Stabilize the American Economy(May 2019, Hamilton Project at the Brookings Institution and Washington Center for Equitable Growth).

In one of the essays, Louise Sheiner and Michael Ng look at US experience with fiscal policy during recessions in recent decades, and find that it has consistently had the effect of counterbalancing economic fluctuations. They write: "Fiscal policy has been strongly countercyclical over the past four decades, with the degree of cyclicality somewhat stronger in the past 20 years than the previous 20. Automatic stabilizers, mostly through the tax system and unemployment insurance, provide roughly half the stabilization, with discretionary fiscal policy in the form of enacted tax cuts and increased spending accounting for the other half."

Automatic stabilizers are important in part because the adjustments can happen fairly quickly. In contrast, when the discretionary Obama stimulus package--American Recovery and Reinvestment Act of 2009--was signed into law in February 2019, the Great Recession had started 14 months earlier.

In another essay, Claudia Sahm proposes that along with the already-existing built-in shifts in taxes and spending, fiscal stabilizers could be designed to kick in automatically when a recession starts. In particular, she proposes that the trigger for such actions could be when "the three-month moving average of the national unemployment rate has exceeded its minimum during the preceding 12 months by at least 0.5 percentage points. ... The Sahm rule calls each of the last five recessions within 4 to 5 months  of its actual start. ... The Sahm rule would not have generated any incorrect signals in the last 50 years."

Sahm argues that when this trigger is hit, the federal government should have legislation in place that would immediately make a direct payment--which could be repeated a year later if the recession persists. She makes the case for a total payment of about 0.7% of GDP (given current GDP of around $20 trillion, this would be $140 billion). She writes: "All adults would receive the same base payment, and in addition, parents of minor dependents would receive one half the base payment

per dependent." This isn't cheap! But a lasting and persistent recession is considerably more expensive.

Other chapters of the book focus on a number of other proposals, which include:

The list isn't exhaustive, of course. For example, one policy used during the Great Recession was to have a temporary cut in the payroll taxes that workers pay to support Social Security and Medicare. For most workers, these taxes are larger than their income taxes. And there is a quick and easy way to get this money to people, just by reducing what is withheld from paychecks.

The broader issues here, of course, is not about the details of specific actions, some of which are more attractive to me than others. It's whether we seize the opportunity now to reduce the sting of the next recession.

Here's a table of contents for the book edited by Boushey, Nunn, and Shambaugh: 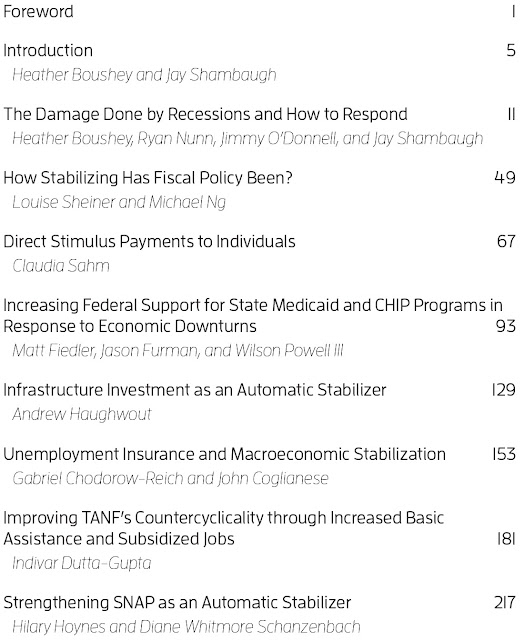 A version of this article first apppeared on Conversable Economist.