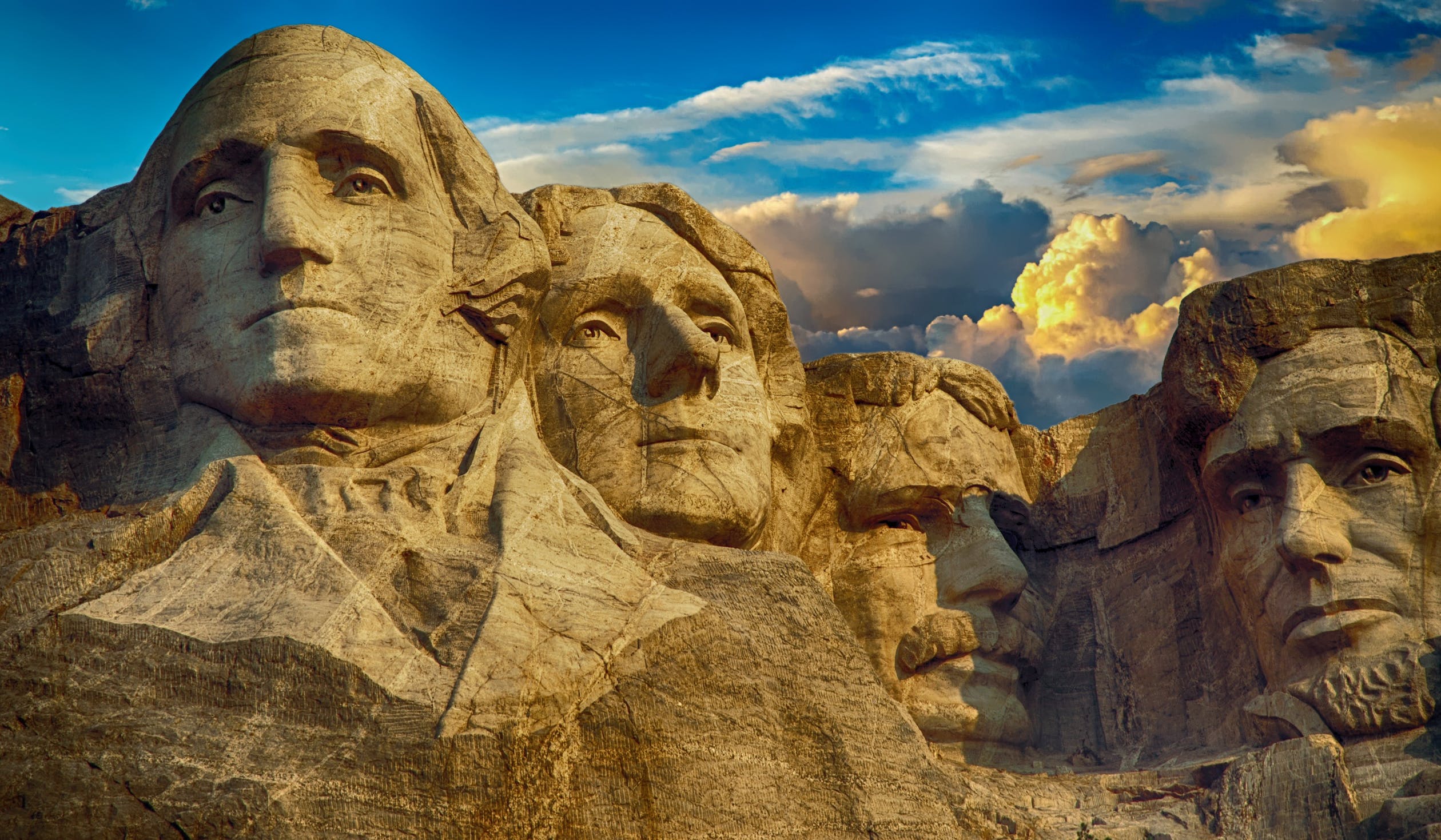 New research from the Peterson Institute suggests bond yields may fall once more. Demographic forces and unfunded state liabilities point to an inevitable reckoning. The next financial crisis may be assuaged with a mix of fiscal expansion plus QQE. Pension fund return expectations for bonds and stocks need to be revised lower.

The Peterson Institute has long been one of my favourite sources of original research in the field of economics. They generally support free-market ideas, although they are less than classically liberal in their approach. I was, nonetheless, surprised by the Presidential Lecture given at the annual gathering of the American Economic Association (AEA) by Olivier Blanchard, ex-IMF Chief Economist, now at the Peterson Institute - Public Debt and Low Interest Rates. The title is quite anodyne, the content may come to be regarded as incendiary. Here is part of his introduction:

Blanchard’s conclusions may appear radical, yet, in my title, I refer to this as an old idea,allow me to explain. In business it makes sense, all else equal, to borrow if the rate of interest paid on your loan is lower than the return from your project. At the national level, if the government can borrow at below the rate of GDP growth it should be sustainable, since, over time (assuming, of course, that it is not added to) the ratio of debt to GDP will naturally diminish.

There are plenty of reasons why such borrowing may have limitations, but what really interests me, in this thought provoking lecture, is the reason governments can borrow at such low rates in the first instance. One argument is that as GDP grows, so does the size of the tax base, in other words, future taxation should be capable of covering the on-going interest on today’s government borrowing: the market should do the rest. Put another way, if a government become overly profligate, yields will rise. If borrowing costs exceed the expected rate of GDP there may be a panicked liquidation by investors. A government’s ability to borrow will be severely curtailed in this scenario, hence the healthy obsession, of many finance ministers, with debt to GDP ratios.

There are three factors which distort the cosy relationship between the lower yield of ‘risk-free’ government bonds and the higher percentage levels of GDP growth seen in most developed countries; investment regulations, unfunded liabilities and fractional reserve bank lending.

Let us begin with investment regulations, specifically in relation to the constraints imposed on pension funds and insurance companies. These institutions are hampered by prudential measures intended to guarantee that they are capable of meeting payment obligations to their customers in a timely manner. Mandated investment in liquid assets are a key construct: government bonds form a large percentage of their investments. As if this was not sufficient incentive, institutions are also encouraged to purchase government bonds as a result of the zero capital requirements for holding these assets under Basel rules.

A second factor is the uncounted, unfunded, liabilities of state pension funds and public healthcare spending. I defer to John Mauldin on this subject. The 8th of his Train-Wreck series is entitled Unfunded Promises – the author begins his calculation of total US debt with the face amount of all outstanding Treasury paper, at $21.2trln it amounts to approximately 105% of GDP. This is where the calculations become disturbing:

If you add in state and local debt, that adds another $3.1 trillion to bring total government debt in the US to $24.3 trillion or more than 120% of GDP.

Mauldin goes on to suggest that this still underestimates the true cost. He turns to the Congressional Budget Office 2018 Long-Term Budget Outlook – which assumes that federal spending will grow significantly faster than federal revenue. On the basis of their assumptions, all federal tax revenues will be consumed in meeting social security, health care and interest expenditures by 2041.

Extrapolate this logic to other developed economies, especially those with more generous welfare commitments than the US, and the outlook for rapidly aging, welfare addicted developed countries is bleak. In a 2017 white paper by Mercer for World Economic Forum – We Will Live to 100 – the author estimates that the unfunded liabilities of US, UK, Netherlands, Japan, Australia, Canada, China and India will rise from $70trln in 2015 to $400trln in 2050. These countries represent roughly 60% of global GDP. I extrapolate global unfunded liabilities of around $120trln today rising to nearer $650trln within 20 years:

For an in depth analysis of the global pension crisis this 2016 research paper from Citi GPS – The Coming Pensions Crisis - is a mine of information.

In case you are still wondering how, on earth, we got here? This chart from Money Week shows how a combination of increased fiscal spending (to offset the effect of the bursting of the tech bubble in 2000) combined with the dramatic fall in interest rates (since the great financial recession of 2008/2009) has damaged the US state pension system:

The yield on US Treasury bonds has remained structurally higher than most of the bonds of Europe and any of Japan, for at least a decade.

The third factor is the fractional reserve banking system. Banks serve a useful purpose intermediating between borrowers and lenders. They are the levers of the credit cycle, but their very existence is testament to their usefulness to their governments, by whom they are esteemed for their ability to purchase government debt. I discuss - A history of Fractional Reserve Banking - or why interest rates are the most important influence on stock market valuations? in a two part essay I wrote for the Cobden Centre in October 2016. In it I suggest that the UK banking system, led by the Bank of England, has enabled the UK government to borrow at around 3% below the ‘natural rate’ of interest for more than 300 years. The recent introduction of quantitative easing has only exaggerated the artificial suppression of government borrowing costs.

Before you conclude that I am on a mission to change the world financial system, I wish to point out that if this suppression of borrowing costs has been the case for more than 300 years, there is no reason why it should not continue.

Which brings us back to Blanchard’s lecture at the AEA. Given the magnitude of unfunded liabilities, the low yield on government bonds is, perhaps, even more remarkable. More alarmingly, it reinforces Blanchard’s observation about the greater scope for government borrowing: although the author is at pains to advocate fiscal rectitude. If economic growth in developed economies stalls, as it has for much of the past two decades in Japan, then a Japanese redux will occur in other developed countries. The ‘risk-free’ rate across all developed countries will gravitate towards the zero bound with a commensurate flattening in yield curves. Over the medium term (the next decade or two) an increasing burden of government debt can probably be managed. Some of the new borrowing may even be diverted to investments which support higher economic growth. The end-game, however, will be a monumental reckoning, involving wholesale debt forgiveness. The challenge, as always, will be to anticipate the inflection point.

Since the early-1990’s analysts have been predicting the end of the bond bull market. Until quite recently it was assumed that negative government bond yields were a temporary aberration reflecting stressed market conditions. When German Schuldscheine (the promissory notes of the German banking system) traded briefly below the yield of German Bunds, during the reunification in 1989, the ‘liquidity anomaly’ was soon rectified. There has been a sea-change, for a decade since 2008, US 30yr interest rate swaps traded at a yield discount to US Treasuries – for more on this subject please see - Macro Letter – No 74 – 07-04-2017 - US 30yr Swaps have yielded less than Treasuries since 2008 – does it matter?

With the collapse in interest rates and bond yields, the unfunded liabilities of governments in developed economies has ballooned. A solution to the ‘pension crisis,’ higher bond yields, would sow the seeds of a wider economic crisis. Whilst governments still control their fiat currencies and their central banks dictate the rate of interest, there is still time - though, I doubt, the political will - to make the gradual adjustments necessary to right the ship.

I have been waiting for US 10yr yields to reach 4.5%, I may be disappointed. For investors in fixed income securities, the bond bull market has yet to run its course. Negative inflation adjusted returns will become the norm for risk-free assets. Stock markets may be range-bound for a protracted period as return expectations adjust to a structurally weaker economic growth environment.