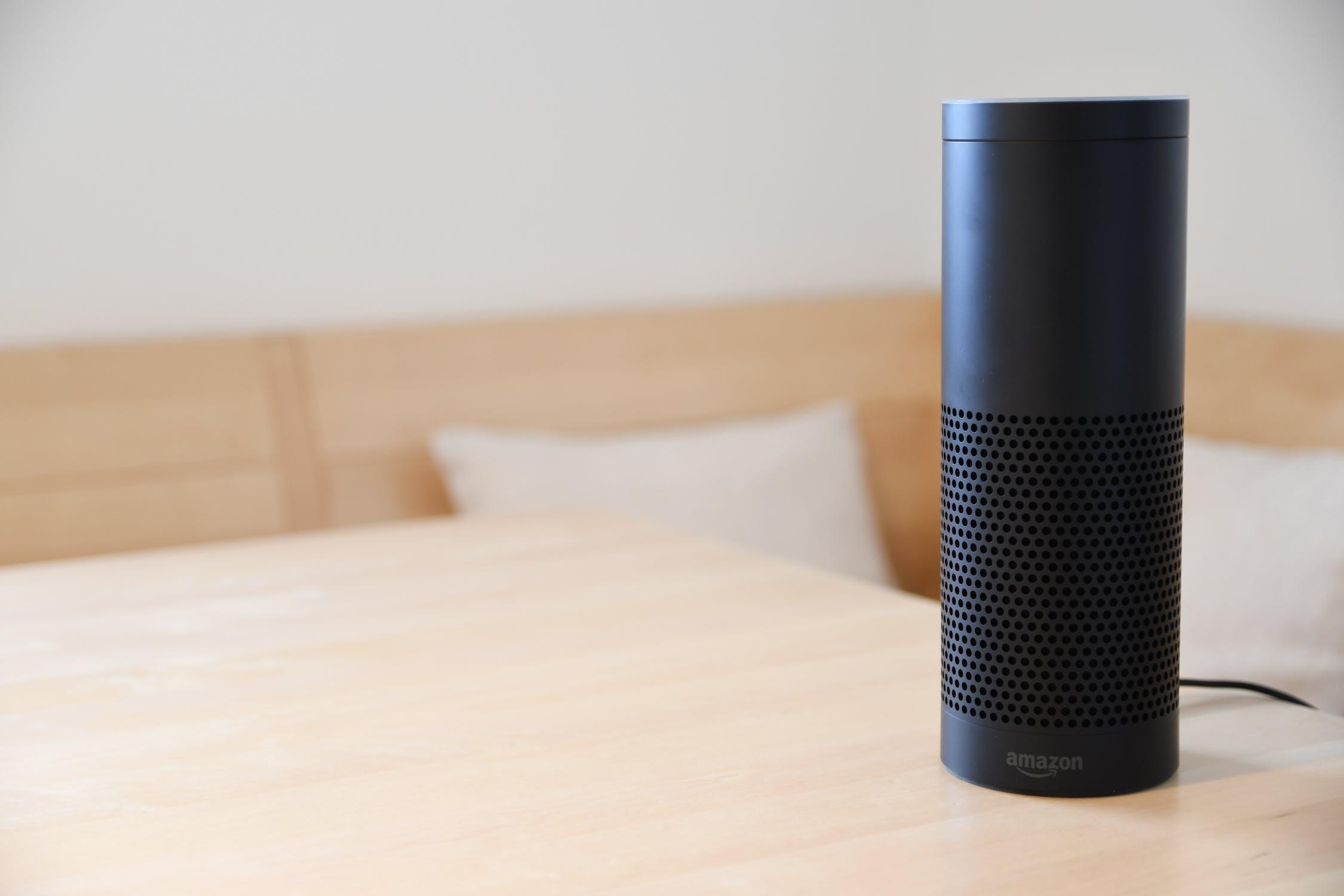 One of the ongoing puzzles of the US economy in recent decades is why inflation has stayed so low. Even former Fed Chair Janet Yellen has highlighted this puzzle.

The "Amazon effect" may be part of the answer: basically, the Amazon effect is that a higher level of competitive pressure from the rising level of on-line retail sales is holding back price increases that might otherwise have occurred.

Here's a figure illustrating the potential force of the Amazon effect, put together by Kevin L. Kliesen at the St. Louis Fed. As the captions above the blue line show, e-commerce was 2.8% of retail sales, but has now risen to 10.4%. 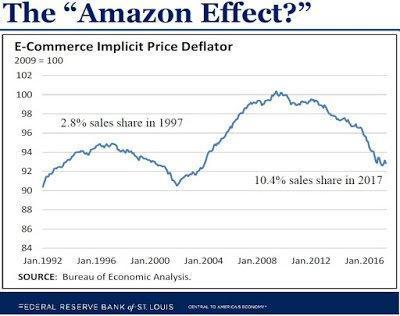 The blue line itself shows the price level for those items purchased via e-commerce, using 2009 as a base year.

It's interesting to consider the possibility that the falling prices for e-commerce retail may not be a pure deflation of prices.

For those who want details on this price index, it's the is the price deflator for “Electronic Shopping/Mail-Order Houses” produced by the US Bureau of Economic Analysis.

It's in Table 7U. Chain-Type Price Indexes for BEA Retail and Food Services Sales.

Of course, a 1% annual price decline on 10% of retail sales cannot, by itself, explain why overall inflation for the entire economy has remained so low.

But if you allow for the possibility that e-commerce prices can also place pressure on bricks-and-mortar retailers to limit their own price increases, the Amazon effect could be a meaningful part of an overall explanation.