The Man who Despairs When Others Hope... is Admired as a Sage

The Man who Despairs When Others Hope... is Admired as a Sage 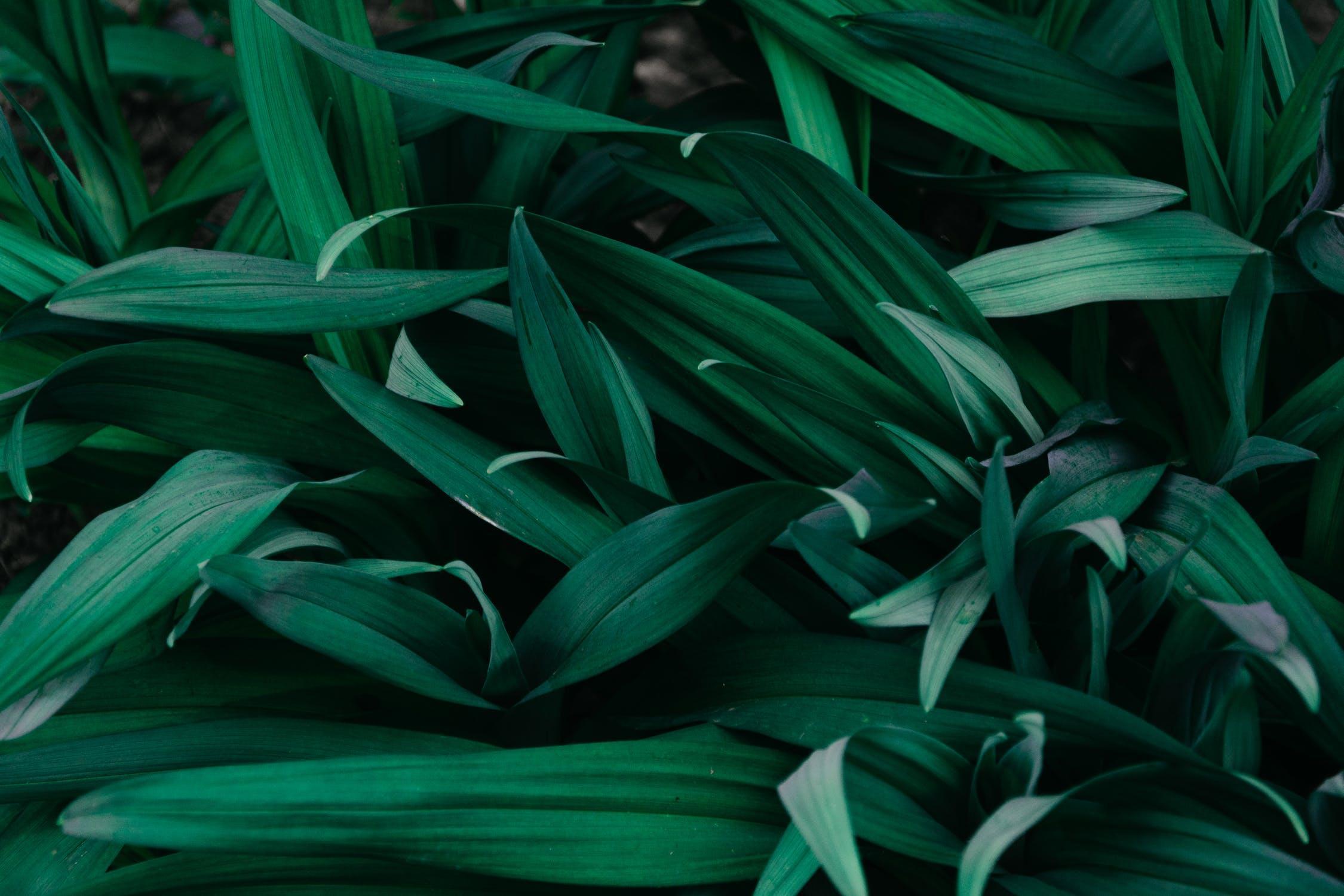 It's easy to think of reasons why humans might be hard-wired to pay more attention to bad news and downside risks than to good news and encouraging signs. Bad news may require quick reactions in the name of self-preservation; good news may be more likely to arrive in gradual small doses, and doesn't require any reaction at all. But whatever the underlying reason, the doomsayers and the naysayers often attract an audience, even if the worst of their predictions don't happen on time or with the predicted force. Meanwhile, extreme optimists seem naive. And those who predict middle-of-the-road scenarios, whether leaning toward optimism or pessimism, just seem boring.

As in the case of many human biases, it's worth pushing back against this one, just for the sake of intellectual equipoise. But back in 1828, in a "Speech on Perfectability," John Stuart Mill argued a stronger case. In his view, this common focus on bad outcomes, negativity, and despair isn't just a judgement bias--it's also a sign of foolishness, lack of imagination, dullness, and even guilt. Mill pushes this line harder than I would. But the broader point is worth consideration.

Of course, "expecting to find mankind wiser and better than they are" is naive and foolish. But overcorrecting to believe in nothing but "knavery and folly" commit an error of judgement, too. And those who overcorrect most severely should not be presumed wiser because of their greater negativity and cynicism--just misguided in a different way and for different reasons. In some cases, maybe even many cases, a moderate degree of hope and positivity are more perceptive, more honest, and wiser than striking an attitude of poseur pessimism.

Here's part of what Mill had to say:

"I know that among all that clam of persons who consider themselves to be par excellence the wise and the practical, it is esteemed a proof of consummate judgement to despair of doing good. I know that it is thought essential to a man who has any knowledge of the world to have an extremely bad opinion of it, and that whenever there are two ways of explaining any fact, wise and practical people always take that way which attributes most folly or most immorality to the mass of mankind. ...

"[I]is it really a mark of wisdom to deride all grand schemes of human amelioration as visionary ? I can assure hon. gentlemen that, so far from being a proof of any wisdom, it is what any fool can do as well as themselves, and I believe it is the fools principally who have attached to that mode of proceeding the reputation of wisdom. For an I have observed that if there is a man in public or private life who is so impenetrably dull that reason and argument never make the slightest impression on him, the dull people immediately set him down as a man of excellent judgement and strong sense; as if because men of talent and genius are sometimes deficient in judgement it followed that it was only necessary to be without one spark of talent or genius in order to be a man of consummate judgement. In the same manner because people are sometimes deceived by rash hopes I think I have observed that not the man who hopes when others despair, but the man who despairs when others hope is admired by a large clan of persons as a sage, and wisdom is supposed to consist not in seeing further than other people, but in not seeing so far. ....

"I am persuaded that a vast majority of those who laugh at the hopes of those who think that man can be raised to any higher rank as a moral and intellectual being, do so from a principle very different from wisdom or knowledge of the world. I believe that the great majority of those who speak of perfectibility as a dream, do so because they feel that it is one which would afford them no pleasure if it were realized. I believe that they hold the progressiveness of the human mind to be chimerical because they are conscious that they themselves are doing nothing to forward it, and are anxious to believe that great work impossible in which, if it were possible, they know it would be their duty to assist. I believe that there is something else which powerfully helps many persons to the same conclusion -- consciousness that they do not wish to get rid of their own imperfections, and a consequent unwillingness to believe it practicable that others should throw off theirs. I believe that if persons ignorant of the world sometimes miscalculate from expecting to find mankind wiser and better than they are, those persons who most affect to know the world are incessantly miscalculating the opposite way, and confidently reckoning upon a greater degree of knavery and folly among mankind than really exists.

Homage: I ran across a portion of the quotation from John Stuart Mill in Matt Ridley's article "Why Is it So Cool to be Gloomy?" which appeared in the Wall Street Journal on November 16, 2018. An ungated version is available here.

View all
Ducci Electrical Contractors Prepare for The Future by Investing in State-of-the-Art Construction Equipment
The Power Of Video Marketing For E-Commerce Remote Workers
Kanban – Build Adaptive Capability
5 Time-Tested Pointers to Build a Successful Online Enterprise
How An Activity Fit Map Will Set Your Business Apart From Your Competitors
Why Building Trust In Your Business Brand Is Essential? Here Are 6 Ways To Elevate Your Brand
Is Sustainable Fashion Overhyped?
Why IoT Will Dominate The Future Of Energy Generation
What Are Banks Doing to Combat Climate Change?
Is Geoengineering Research Objectionable?
How VR is Being Used for Renewable Energy Training
Whither Battery Power?
Green Finance Can Create a Sustainable World. Here’s How.
Best Payment Methods For Your Online Business
Why The Financial Services Sector Need To Invest in Voice Assistants
Is Exness A Scam or A Legit Forex Broker?
How to Create an Efficient Student Monthly Budget
Geo-Politics and Banking: Caught in the Middle
The World Bank Kills Its “Doing Business” Report
Mulling Pandemic Advice from September 2019
International Corporate Taxation: What to Tax?
COVID-19: Lessons to Learn from the Global Pandemic
How Poverty Changed in 2020: Mixed Measures
The COVID Instant Experts: Too Many Experts, Too Little Knowledge
How Long Can Vladimir Putin Stay in Power?
The Eurozone Is Going Down The Japan Way
How AI Can Be Deployed To Improve Immigration Control In Countries
How Stalin and the Nazis Tried to Copy Henry Ford
China Crackdown is About Political Control
How to Create Intelligent Governments with Artificial Intelligence
Stunning News about Diet and Weight
How Tesla is Using Big Data: Benefits & Challenges of Big Data in Self Driving Cars
Which Jobs Will Survive Artificial Intelligence? Here Are The Jobs That Will Remain & Disappear Following The AI Takeover
What's Fundamentally Wrong With Machine Learning?
On The Nature of Vaccine Reticence
Addressing Disability Bias In Artificial Intelligence
Devise a Reward, Then Conquer
From EA to Chief of Staff: The Journey First, Please. Then, the Title.
5 Work From Home Tips to Stay Motivated
NHS Workers Deserve More Gratitude: How Do We Show It?
Is Investing in Real Estate a Safe Bet for Millennials?
How To Solve Problems Like The Best Leaders
5 Cloud Computing Trends That Are Playing A Major Role in 2021 & Beyond
5 Web Design Resources That Will Inspire Your Website
Advantages of Developing a Mobile Business App
What is the Difference Between AirPods and AirPods Pro?
Are You Worried About Data Storage & Its Security? Switch to Cloud-Based Data Management Systems
Power Partnerships and Tech For Good IBM Power Systems & SAP HANA